A couple of weeks ago I got a frantic late night text from a friend who had heard that our beloved Hal's on Abbot Kinney was closing. I immediately put out a call to Don Novack, Hal's owner, to find out what the heck was going on. The bad news was that it was true. The mournful comments and true sadness spread all over town (and the world), and last night was the grand finale of Hal's at 1349 Abbot Kinney. 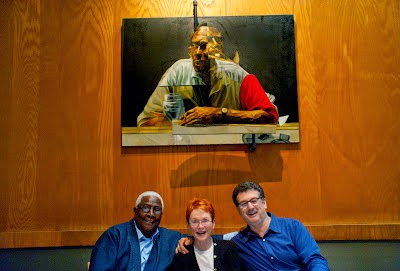 It was like a big Irish wake all week, with drinks flowing and old friends coming in to pay their respects ... so much so that Novack cracked, "If we'd been this busy all along, we wouldn't need to relocate." Some food for thought there, as often we don't know what we've got until it's gone. I went backstage at Hal's for the first time ever a few nights ago to chat with Novack and get the real story. The joint was absolutely packed to the rafters, and Novack was like a politician, getting stopped every two inches by someone who had a hug, needed a photo, or wanted to express their gratitude for 30 great years of fun at Hal's. It took us like 20 minutes just to walk back along the bar. Once back there - wow. I'd never been behind the scenes at Hal's in all these years. The place is a winding labyrinth of hallways and storage, and a bustle of workers effortlessly gliding by and getting to where they needed to be, providing the same great food and service on almost their last night as they've been doing for decades, with many of the same staff members. I got to see Executive Chef, Manuel Mares, in action with his guys. You could tell that as busy as they were, it was also somewhat emotional back there. 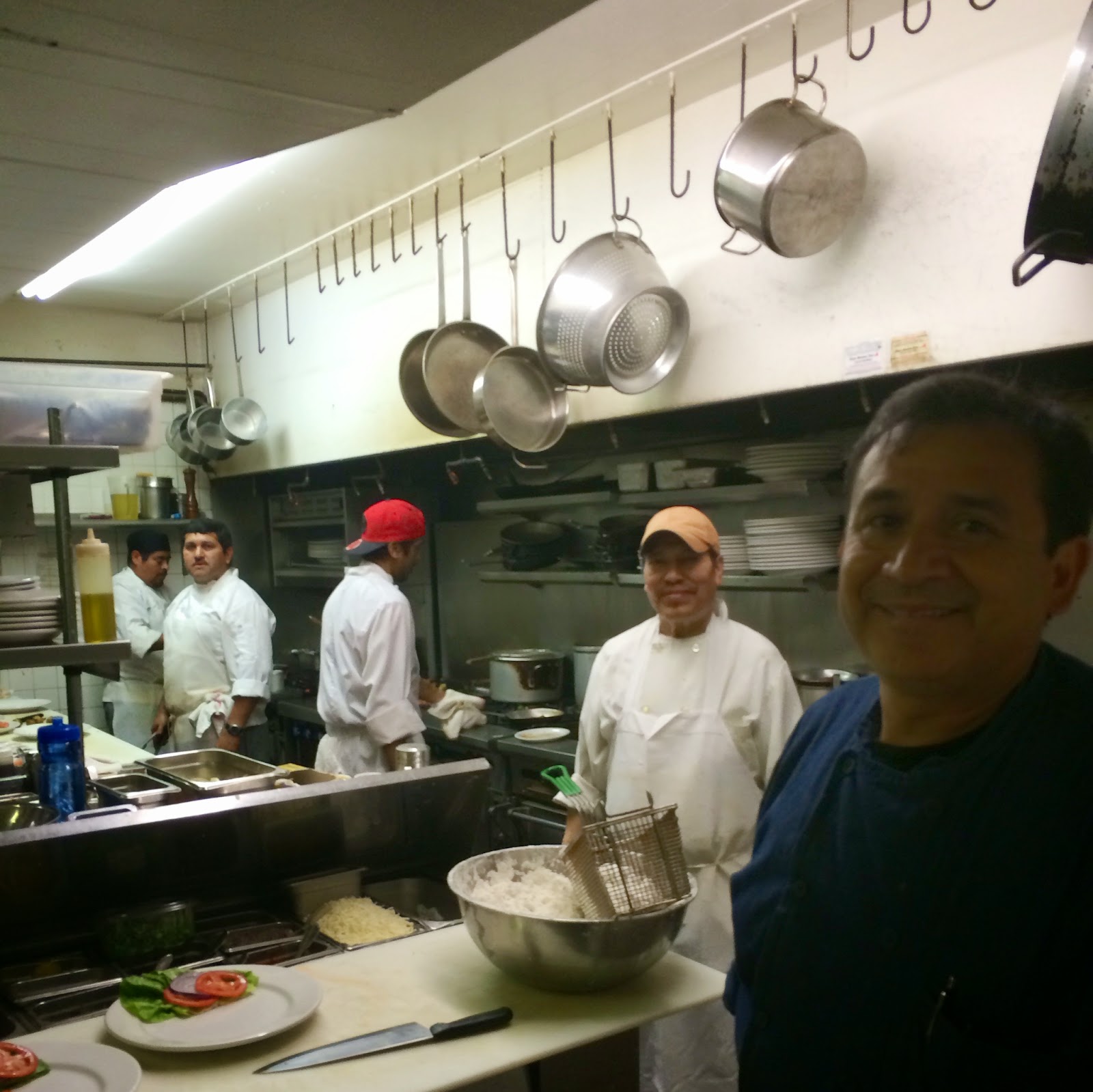 The real story is not that Hal's is being kicked out. Novack went to the landlord to negotiate an extension of the lease when it expired in a few years. The amount that the rent would be raised to then would be such that Hal's would have to charge $40 for a plate of calamari, "and that's not our customer, " said Novack. So it's not exactly about getting the boot ... but it is about that almighty dollar. Novack and the landlord made a business deal, simple as that. The staff will be absorbed by other Venice restaurants (like Sunny Spot, Saltair, Danny's Deli, Canal Club, James Beach, The Sidewalk Cafe, and The Brig), as there will be some down time while Hal's sorts out their next location ... which right now appears to be in Playa Vista (aka The Truman Show) or down the street - or both. As they say on the commemorative T-shirt (of which I was delighted to receive the first one - and hid it until last night's closing!), "The Adventure continues ..." 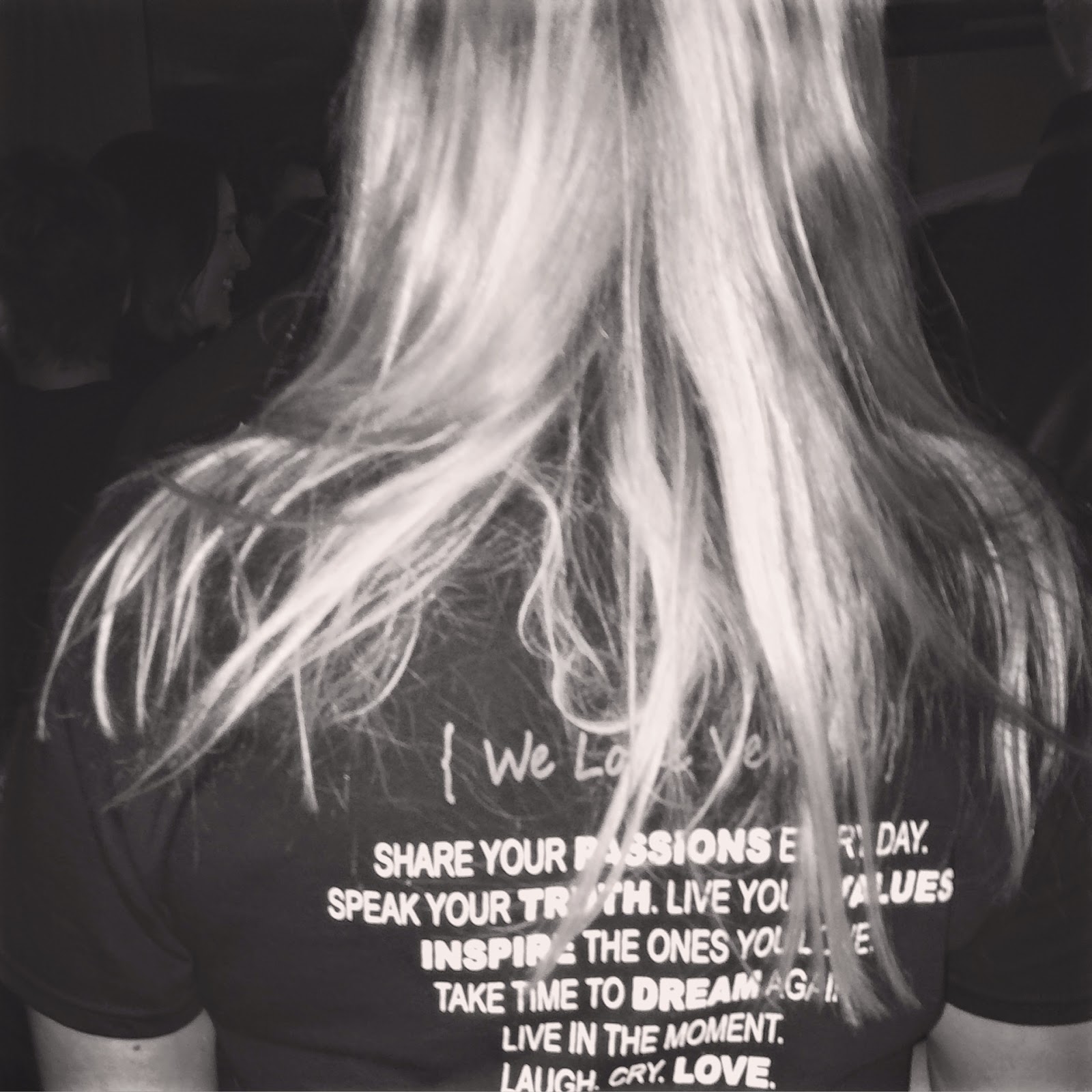 So the adventure will continue, but it will not, of course, be the same. Venice will never be the same. That is the big problem with all of this that people are having ... that Venice is changing too much, into something that is becoming difficult to recognize. Too posh. Too hipster. Too anonymous. Too ... I hate to say it ... cheesy. At some point, someone has to stand up and say enough. That they have enough money already, and they'd NEVER sell to the highest bidder. SOME landlord has to say, you know what, I have enough money, I had enough when rents were normal. I want cool people here, not wealthy posers, and I'm gonna make sure of that by charging a livable rent (to residents and businesses) and preserve some of what made us special to begin with. BE A HERO, Man!!

SOMEONE has to make a stand. With all the people of Venice saying they can't stand what its becoming ... how is it able to become that? Too much talk, too little action. I'm getting messages from people saying it's to the point where they want to start doing illegal things to make a point ... that's not the answer, but it does show you the frustration many of us are having with the nauseating robbery of our neighborhood. And with all the money we're pouring into the City Of Los Angeles with our new, outrageous rents and property taxes, we still only receive about 1% of the city's budget ... so we have all the trash and mess of all the people who come here, but none of the support that goes along with that. It's a problem. But I digress ... (for now)

For now, the story is about how very much people loved THIS Hal's. People met their spouses there - "Right there in that table! You have to take that table with you!". People celebrated birthdays, weddings, anniversaries, births, everything at Hal's. Many people called it their office, and you could see the same familiar faces bellied up to the bar each afternoon. Most of them were there last night. 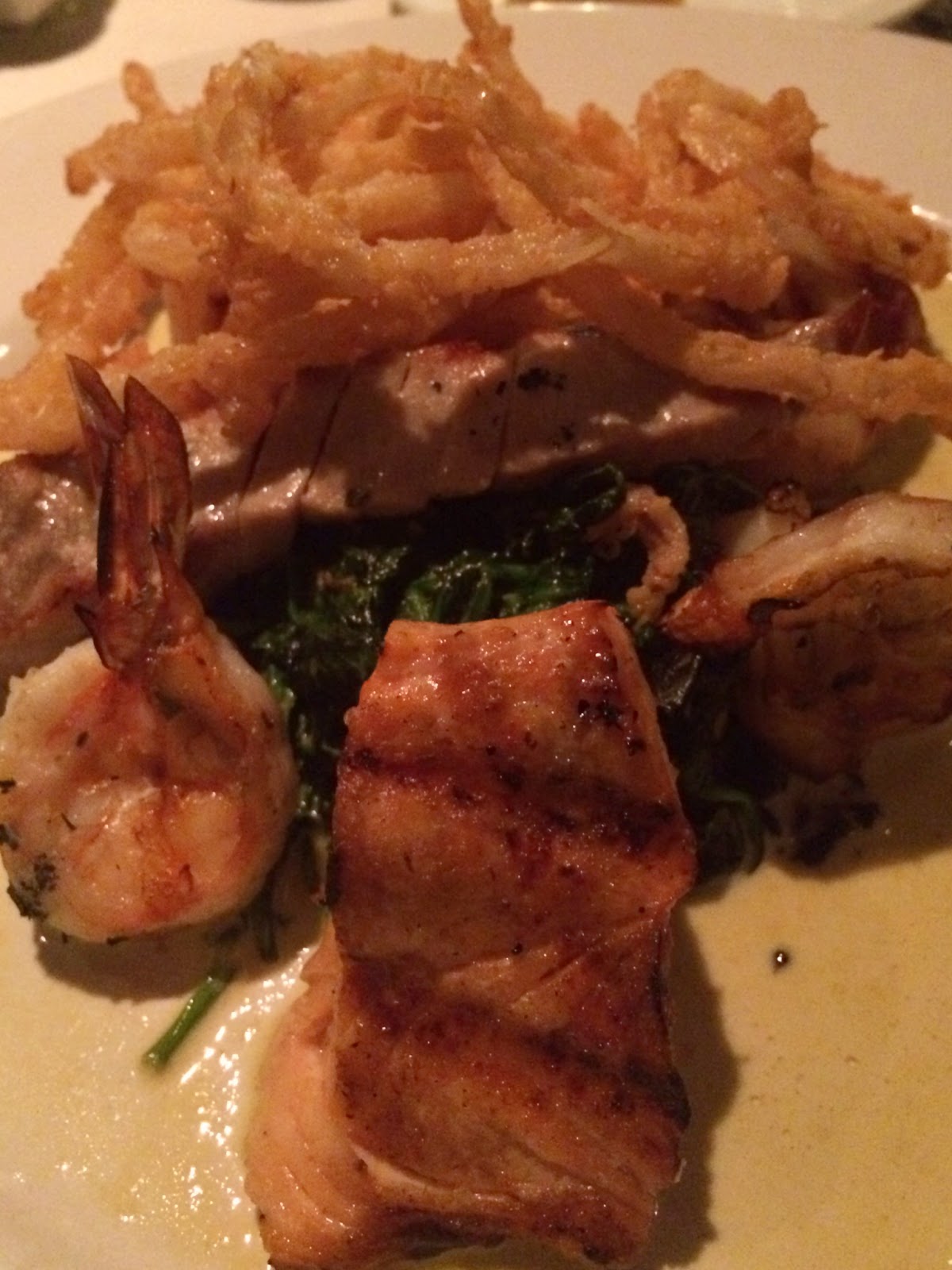 This place was mainly about love. Love of family, love of community, love of art, love of good food and drinks, love of friends, but mostly love of Venice. The Venice of the last 30 years, the Venice of now, and the Venice of the future (Let us hope that we will still recognize that Venice). Let us hope that people will start making a stand about it, and help to preserve the unique, eccentric, artistic beautiful place that we all fell in love with. We don't want to see turned into a boring Beverly Hills type, generic, fancy, haven for douchebags. Many believe that losing Hal's is a final nail in our coffin. I do not. For whatever buildings and rooms are dear to us, it is truly the people that make anything special. We still have the people. We still have the ability to come together and preserve and protect what is special about Venice to us. 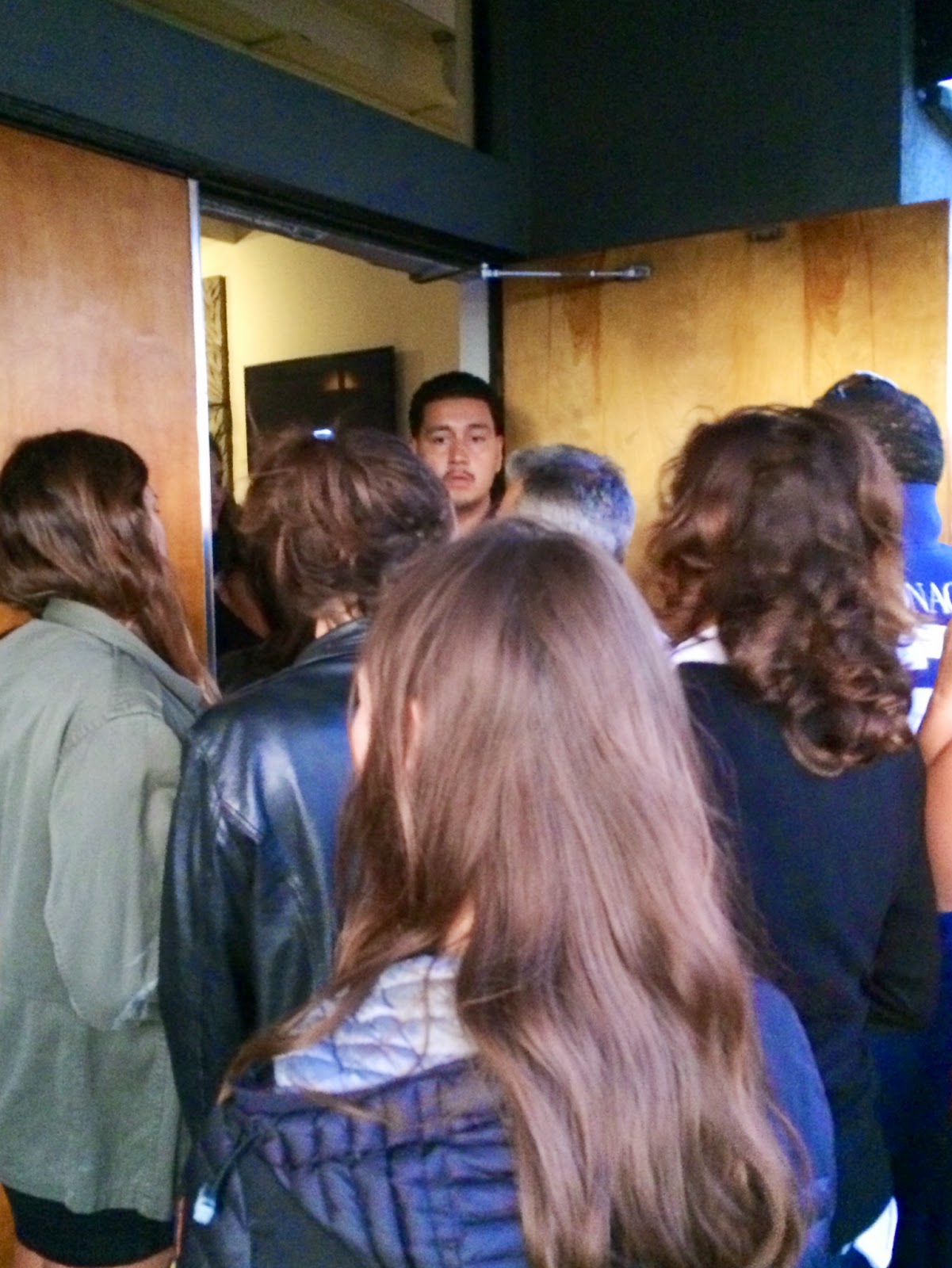 Some believe that this is progress. I do not. Fancier homes, steeper rents, and more expensive restaurants and stores is not progress. It's actually the demise of our culture. It's the homogenization of our society, and by everyone being the same, everyone loses. That's just my opinion, of course, but it's my strong one. It also cannot be sustained. This madness will jump the shark, like everything ultimately does. There will be empty storefronts, vandalized while they sit vacant. Big, ugly box houses will sit empty when no one can afford their property taxes. Tourists will stop coming because the big, expensive scene will be gone, and they have all those chain stores in their towns anyway ... So keep it up, you greedy lot. And hang in there, REAL Venice people. Once it all becomes a ghost town again, you'll be able to snap up something great for a song! Onc can hope ... 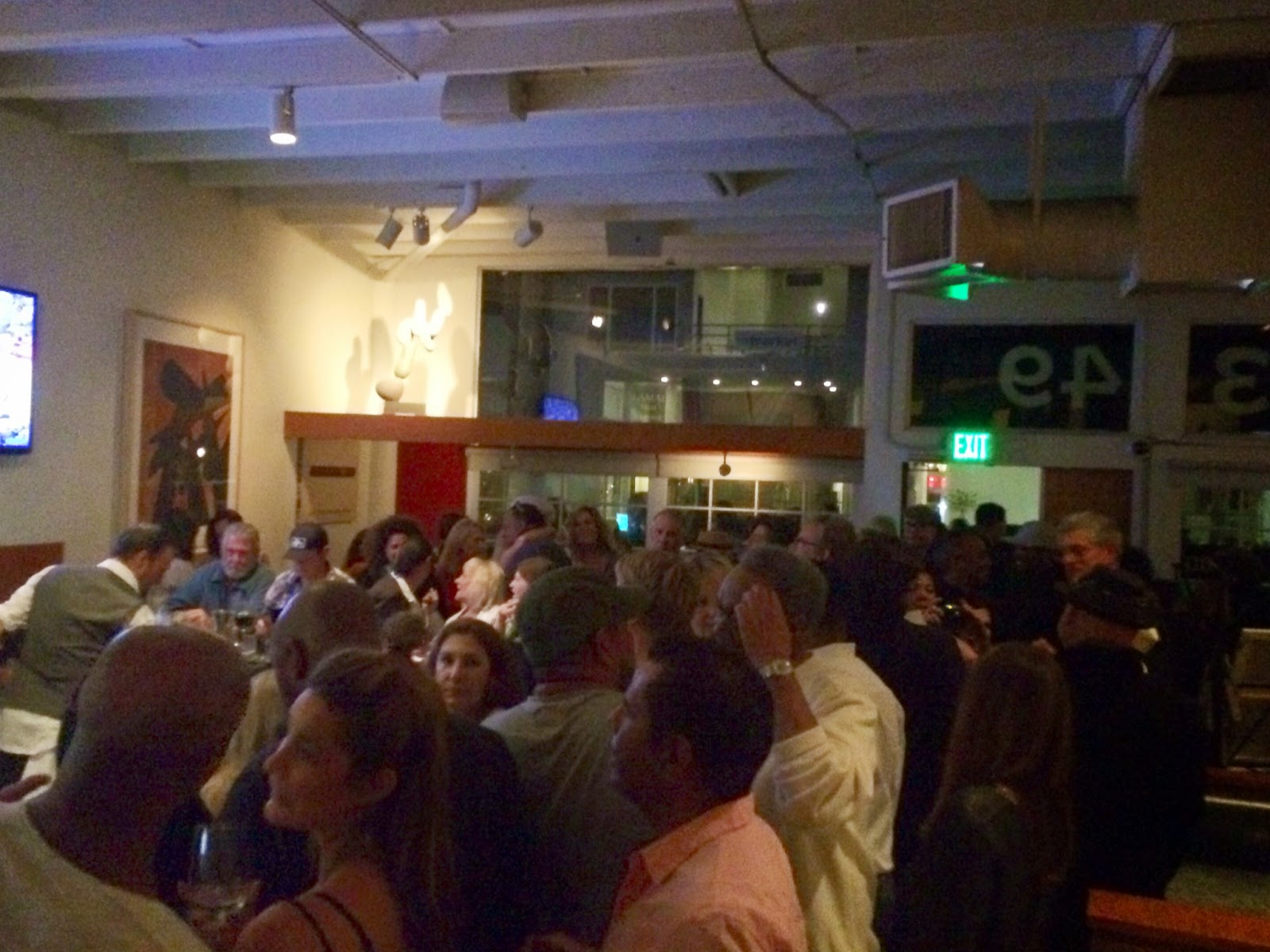 But back to the LOVE. "The outpouring of love has been overwhelming," said Novack. He and his dear wife, Linda want everyone to know how much they appreciate the love and support the community has given them for the last 30 years ... "Thank you so much, and see you soon!"

Casa Linda is closing on May 1st as well, and will re-open down the street. Hal's will re-open, so it's really only a hiatus for that turkey burger and seafood grill. It's just ... you know. Not the same. As the card they gave out stated ... the important thing is to "Celebrate Life Together". 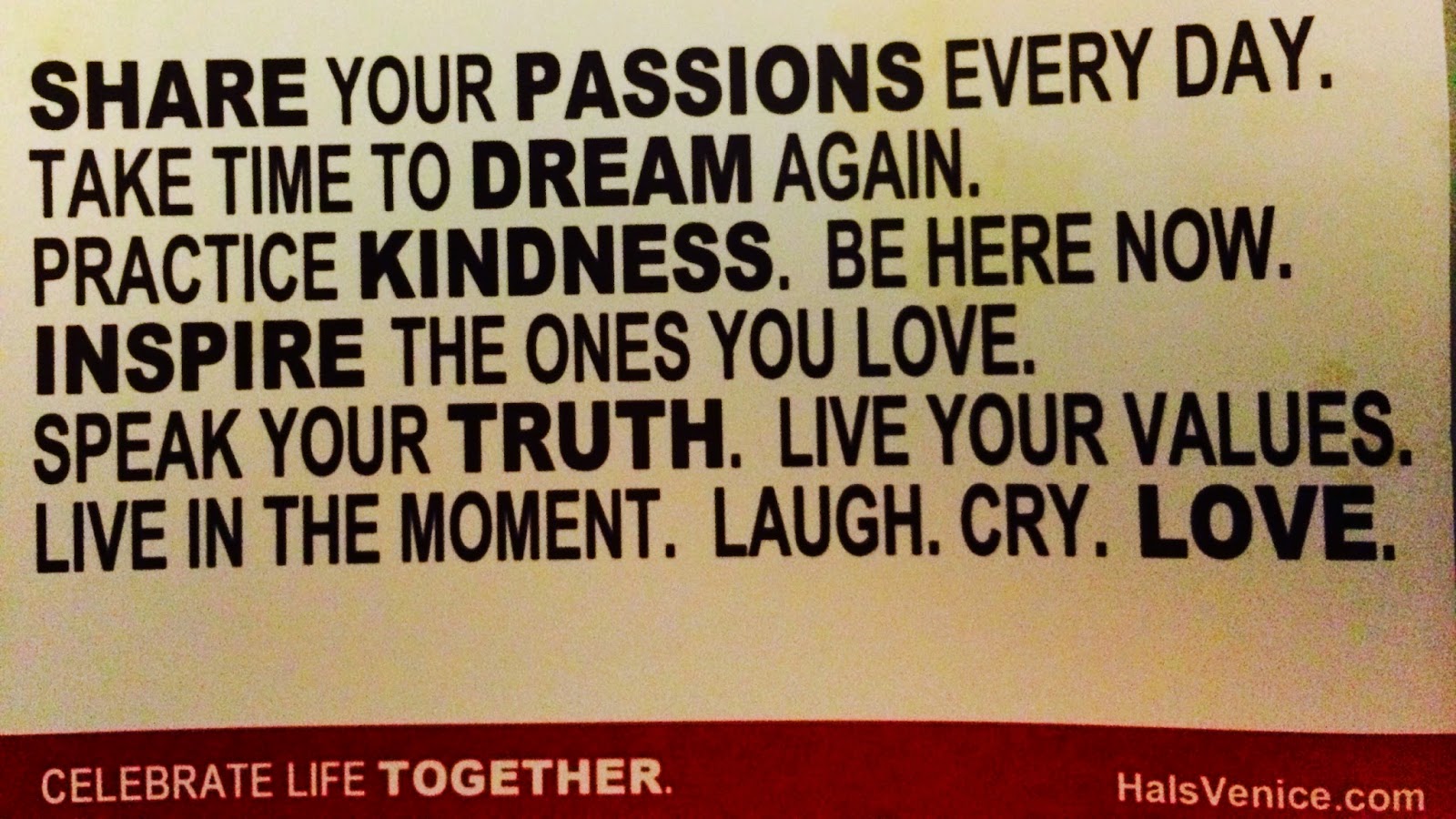 As the sun set on the last day of Hal's and the place filled up so much there was a line 25 people long out front (something I've never seen at Hal's!), it was clear that the important thing was the celebrating together. Destin Clover sent me a photo of the sunset behind Hal's last night and said, "Good times come and go ... looks like this one is gone." Ugh. As you looked at the old friends hugging, remembering, crying, baring breasts, wailing on harmonicas, dancing on the bar, laughing ... it was clear that truly more than anything ... Hal's was about the LOVE. 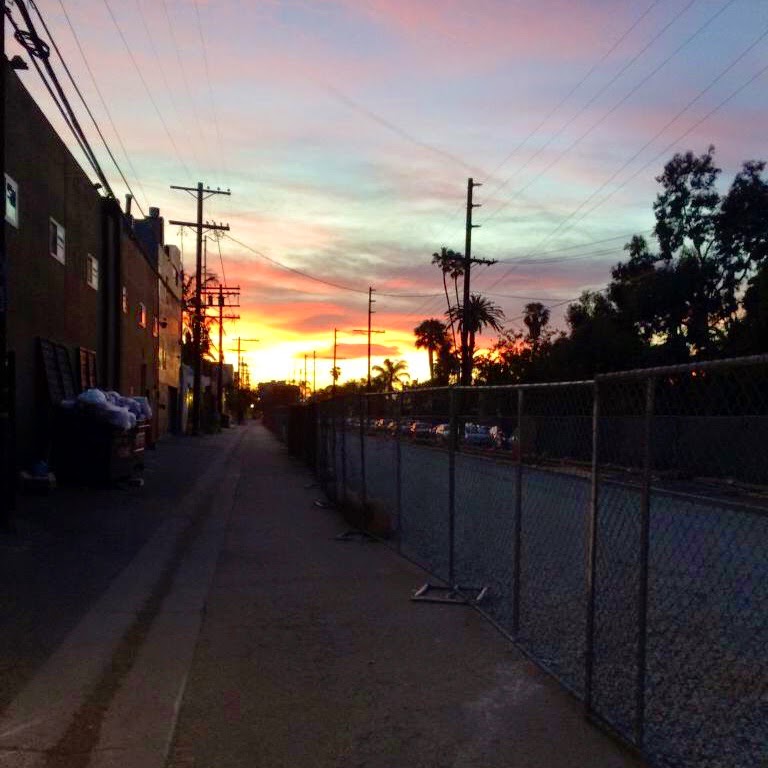 And this morning, it's gone. Hal's the place, but not the love. As moving trucks were already parked outside this morning, there were also candles outside, like at a car accident memorial. The love remains. We'll miss you so much, dear Hal's. Let us all use the feelings of last night to draw us together and help to keep Venice so incredibly special ... together. 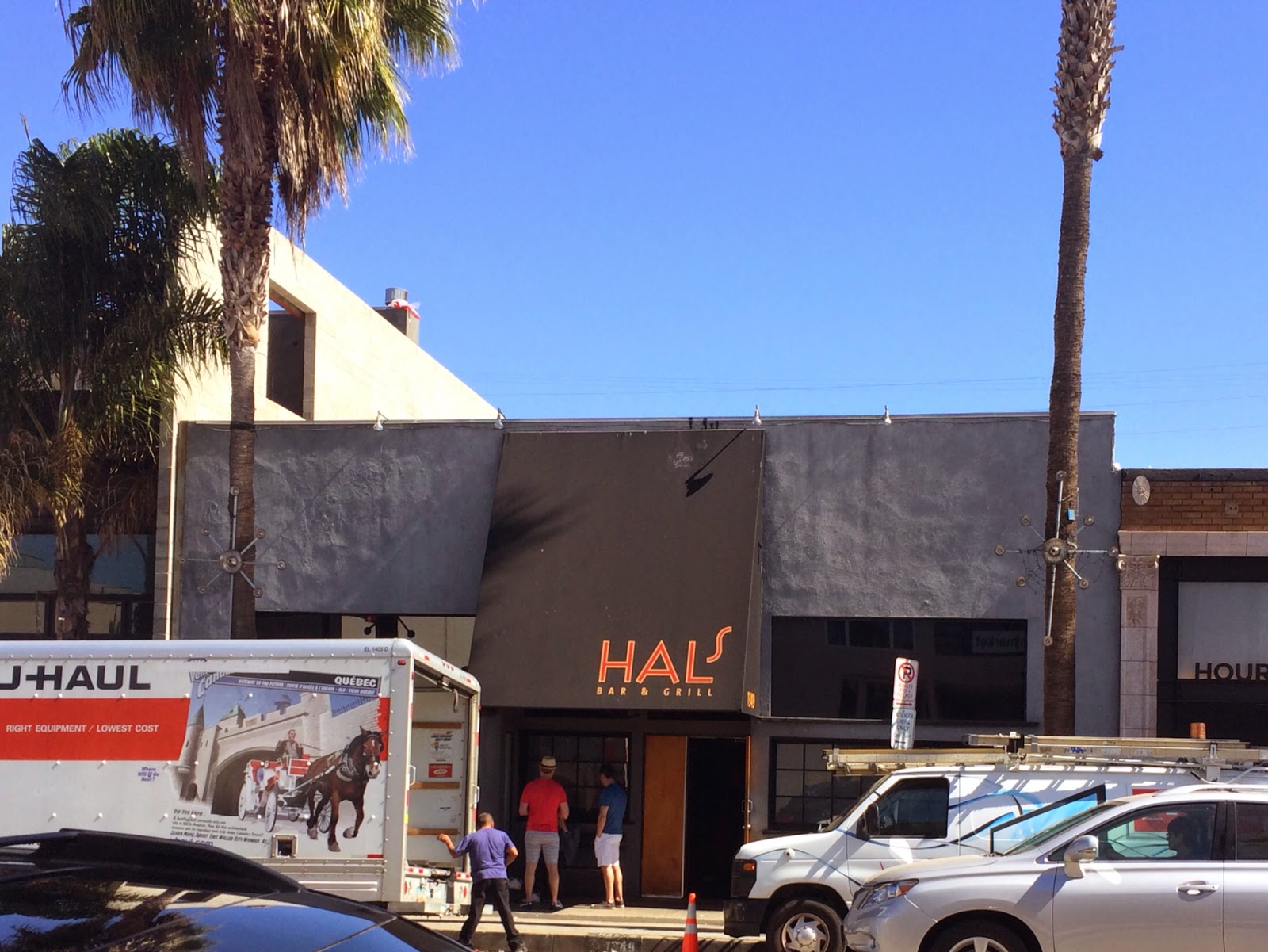 *There will soon be a friends page on the website with all the photos taken the last couple weeks that you may go and download as their gift to you. Thanks for the memories, Hal's!!!