I've spent a lot of time at Hal's over the years ... and so has everyone else who has spent any decent amount of time in Venice. I remember when it was pretty much the only place to go on Abbot Kinney - and it being kind of scary to get to. Well, those times have clearly changed, but Hal's hasn't. It's still the go to place for good food, good people, stiff drinks and a nice dose of Venice history. 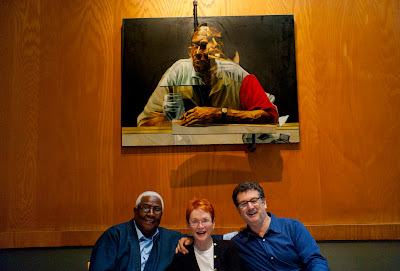 I sat down recently to hear all about it with the holy trinity of Hal's: Donald & Linda Novack, the owners and heads of the Hal's family (and together 40 years!) , and Hal Frederick, their partner, the namesake and host of all the good times. With Hal's going on 25 years old this year, you can imagine the abundance of stories that have gone down within those walls.

Hal's used to be a restaurant called The Merchant of Venice, an eatery/antique store where you could buy the chair you were sitting down to eat on. Donald (an ex-New Yorker) and Linda (born and raised in LA, her Mom went to Venice High) were/are in the real estate biz, and had The Merchant of Venice as a listing. That turned into a fraction of ownership, which became full ownership when the original guy shirked his bills and left Donald on the hook for a big chunk of money. Donald and Linda knew nothing about the restaurant business at the time, but had no choice but to make it work. And so they have. They recruited Hal from the old West Beach Cafe, and he has been welcoming Venice and Friends ever since. The place works because of the three of them, all playing different and crucial roles. 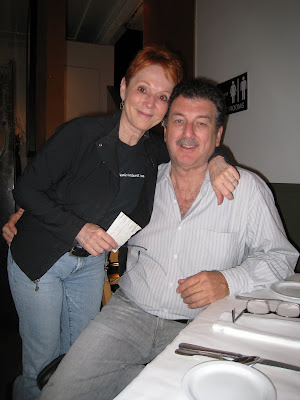 From the first week of business when Linda had to step over a dead body to get in the door, to last week when Sean Penn was having lunch unassumingly, obviously a lot has changed over the years. What hasn't changed is the sense of community, and the warm feeling of neighborhood whenever you walk in the door. Hal lived above the LA Louver gallery back in the day, and got a good art education as a result, as well as long-lasting friendships with the local artists who can now be seen in museums all over the world - and right there in Hal's. A big Ed Moses on the west wall. Joni Mitchell. Larry Bell. Judy Stabile. Laddie John Dill. Many more, ever changing. And they all like to hang out there, all the time. 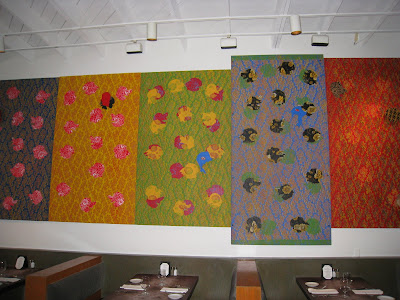 Part of the reason that it feels so homey is that the faces stay the same. Hal's has employees who stay. They are part of the family, and it shows. One guy was 19 when he started in the kitchen, and is now a grandfather. Francisco Morales worked at Hal's for years, and is now their partner in Casa Linda, two doors down. Manuel Mares is the Executive Chef, who began in 1989, serving up his delicious seasonal menus (best asparagus soup I've ever had the other day!) year in and year out. When I asked Mr. Mares what has kept him there so long, he simply smiled and said, "Them", looking fondly at Don and Linda. With everyone working so long together, what you get is consistency, something that is all too rare in restaurants these days. Which is why good old Hal's is such a mainstay in Venice. 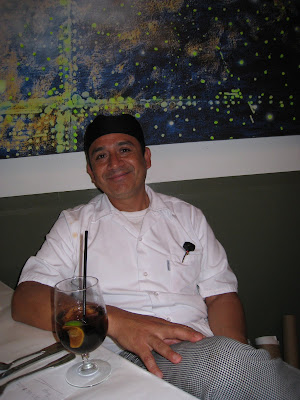 So much so that they can tell tales about a couple that met at the bar, got married there, had their anniversaries there, and recently had their son's 21st birthday party there. Or the woman whose water broke in Hal's, and then had that child's Sweet 16 there. And the Grandma who had her last 20 birthday parties there. Graduations, Memorials, Rehearsal dinners, Croquet Tournament rain-outs, Good times all. Generations of memories have been created here, all adding to the family feeling that only grows deeper through the years.

A big reason for that is that everyone is welcome, and everyone feels comfortable. Never mind your ethnicity, sexual orientation, gender, age, celebrity status, outfit ... you will blend in, and you will enjoy yourself. Hal sees to that ... a bon vivant, raconteur, stylish gent, he arrives to non-stop greetings four nights a week, especially the world class jazz nights he started on Sunday and Mondays. This is a guy with good stories - like the time he was Maya Angelou's date for President Clinton's Inaugural Ball. And the time his childhood friend, Gregory Hines, showed up with Aretha Franklin, Sammy Davis Jr., The Nicholas Brothers, and friends, and everyone danced around Hal's. And those were just the ones off the top of his head - there are 25 years worth of tales to tell! 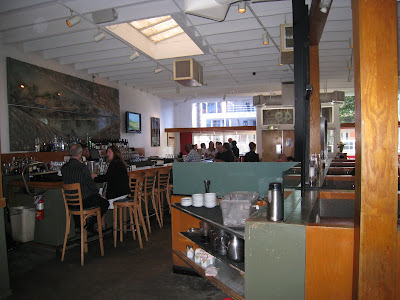 "Venice has something ... it's got stuff. Good stuff." So said Donald about our community, speaking about the creativity and diversity that make up this part of the world. "If you get it, you get it, if you don't, you don't", is how Don put it, and he's right. The hippies, the fashionistas, the homeless, the travelers with guide books, all the people walking the street (walking in L.A.!!), enjoying the beach air, everyone makes up the whole. And the ones who stay and contribute to the town, are the ones who get it.

Like the Hal's family. They contribute to the Art Walk, the Garden Tour, local schools and churches, SPARC, they're trying to help out the Vera Davis Center now ... they are INVOLVED. Which speaks to why they've lasted so long in a business that as Linda said, they knew "Zero" about at the beginning. They care, so we care. They want us to do well, so we want them to do well. It's a really good model for life in general, and one that we would all do well to emulate.

Hal came from New York to Venice ("the best temperate weather in the world") because he was an actor, on stage and screen. When I asked him if he missed that life, he smiled and said, "No. There's a curtain up here every night."

Hal's family ... take your bows! Bravo, and may there be encore upon encore for years to come.


*Photo (top) of Hal, Linda and Donald by their best customer, Alan Shaffer (in front of painting of Hal by Mykel Alatza)
Posted by CJ Gronner at 9:07 PM