Hi Venice! It's been a while! I'm still handling family affairs in Minneapolis, but when I heard there was a new cool live music venue opening this month in Venice, I had to get the scoop. The Venice West is set to open for business this October 8th with a live show featuring Matt Costa. Venice has needed more live music venues for ages, and The Venice West is bringing that to Lincoln Boulevard in the space that was previously The Witz End. 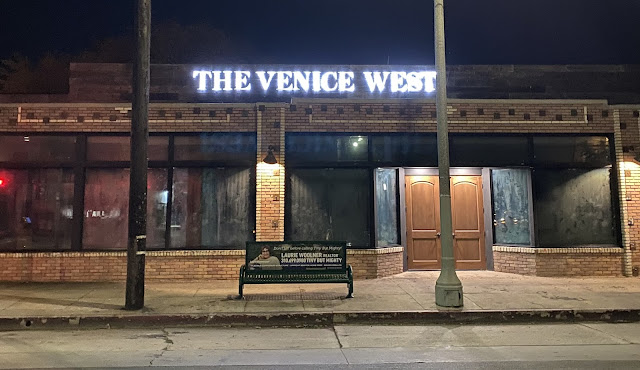 My friend (and former fellow Venice Neptune Queen!), Kaycee Smith, is the Director of Marketing and Community Outreach for The Venice West, so you know there are going to be locals up in there, and you know there's going to be good music. In the first week open alone they've got the aforementioned Costa, then back to back shows with The Samples (10/9) and The Wailers (10/10)!  That's a pretty stacked opening week, Dude. The team behind The Venice West is pretty stacked as well. Co-owners Rob Lissner and Allen Sanford are also the team behind the Beach Life Festival in Redondo Beach that is one of the best festivals I've ever covered, right there in the sunshine on the sand next to the Pacific. Sanford also owns Saint Rocke in Hermosa Beach, where we've all seen many a great gig, so you know The Venice West is going to be a real good time. Looking ahead, I see The English Beat, The Untouchables/Brobots, Donovan Frankenreiter ... seriously, this is gonna be good, Venice. 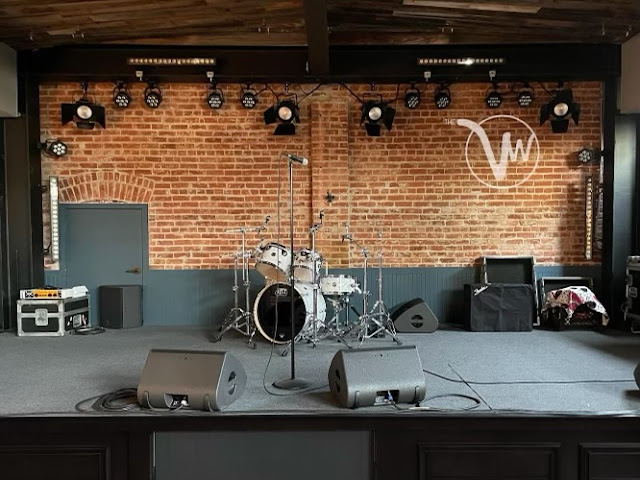 I spoke to Lissner and Smith about the venue, as, frankly, I really wanted to be sure that it wasn't going to be a situation where douchey gentrifiers think they can come in and claim Venice, and piggyback on to the coattails of the cool that was established here long before they came. Well, I can assure you that Lissner and Company are being extremely thoughtful and respectful about Venice and its history, and stressed to me repeatedly that they want this spot to be for the entire community, where all feel welcome ... and you might even learn something about Venice you didn't know about before.

Lissner has been doing his Venice research in the four years since they bought the space, deep diving into the era that saw The Venice West Café (in the old Sponto Gallery space) thriving with all the Beat poets, artists, and musicians of the day in the scene that was Venice West. He really wanted to pay tribute to that history and all the supercoolness that came out of that key moment in Venice time, and as permits and neighborhood hearings, Coastal Commission appeals, and Covid and all that kept pushing the opening, he had the time to be very thorough in his research. He has been in talks with Venice historian, Gerry Fialka, to create an evening of Venice history. We talked about getting Beyond Baroque involved and hosting Poetry nights at The Venice West. They also very much want to get kids from Venice Arts, Venice High, School of Rock, the Boys and Girls Club, whoever might have a need, to use the space for performance or rehearsals during the daytime. He's over-paying on Ebay for old photos and posters to adorn the walls, and is particularly proud of an original Earl Newman he scored. As he should be. 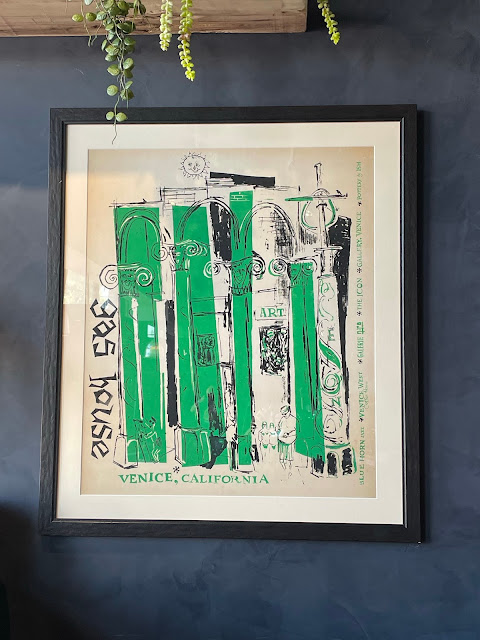 I was happy to hear that they are putting an emphasis on hiring locals, both as staff and entertainment. GM Carl Roberts ("Reverand Carl") has been on the scene for ages, and their talent booker, Adam Spriggs, has a solid history of getting the good national acts for his projects like the KAABOO Festival, as well as booking local favorites like Christopher Hawley and Tom Freund, who are already on The Venice West's calendar, with Freund bringing "Hold Strong Thursdays" to town - a throwback to the hallowed Stronghold days.

They're going for a supper club feel, with tables and dining from 5-8 pm, and then the tables will be moved aside for show time. Diego Balan is heading up the food program, and from what I'm hearing about the pre-opening tastings, the food at The Venice West is going to be bomb. Who doesn't love dinner and a show? Though Lissner and Sanford could have opened their venue anywhere, it was very important to Lissner that it be in Venice, where he has lived for the past two decades. Anyone who was present for The Stronghold scene knows how fun that was, and Lissner is going for some of those kind of vibes to return. And, after the last couple of years we've all been through ... the people are READY.

"To me, Venice has always been art, culture, and eccentricity based, and I've seen some of that fade in recent years. I really think music can help bring some of that back. I want people to know that Venice history, while being cool and respectful to it," explained Lissner, in a statement that I can fully endorse. The Venice West looks to be a place where the community can always find great music, good vibes, and tasty eats. Smith envisions it being the spot where you can say, "Hey, let's hit The Venice West - I don't know who's playing, but you know it's going to be good." A real Venice hang ... for REAL Venice. I can't wait.