Phew. That was a humdinger of a weekend in Venice, to be sure.

Friday night: We head over to the Cinema Bar to catch the Matt Ellis/Paul Chesne Band gig. On the way, we sit through about a zillion red lights as the biggest bike brigade I've ever seen cruised by, accompanied on all sides by police escorts in cars, on bikes, and motorcycles. TONS of kids, all ringing their bells as we honked to cheer them along. I'm not positive, but we felt like it might have something to do with the two young Venice high kids that were shot in Penmar Park last week. We all had chills, even if it was just for fun. They were also showing Grease that night for the 100th Anniversary celebration of Venice High - on the same football field where it was shot. But we had jams to hear.

Matt Ellis, his wife, Vavine, and their band tore up the Cinema with their Aussie style Americana. It was such a treat to be out with this whole gang, and so the whiskey flowed. 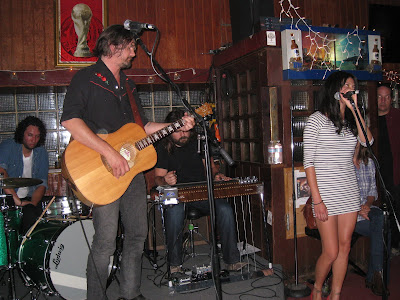 Right into Paul Chesne's torrid set that featured a slew of songs of their excellent new record, PCB. A highlight for me was dancing around to Paul's breakdown of Prince's "Gett Off". Classic.

When the hangover finally wore off on Saturday, it was time for the last annual (at least in Venice - for now) - dangit - Conway Family Crawfish Boil/Going Away to move to Austin party. I can't even really talk about it yet, as I'll get emotional, but suffice it to say that we threw it down again, and sent off David, Christina, Amelia and Truman with a LOT of Venice love. Happy Trails, my darling Friends. 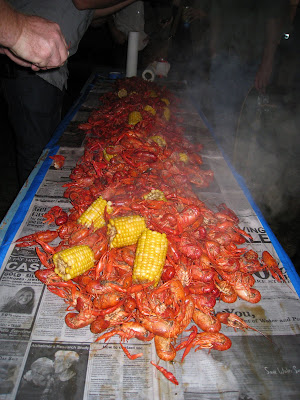 Sunday awoke - groggily - to the thunder roar of skateboard wheels coming down my street as Venice broke the Guiness Book of World's Records for the most Skateboarders in a parade together! Paper work is still being filed, I guess, but I'm told it was over 400 strong! 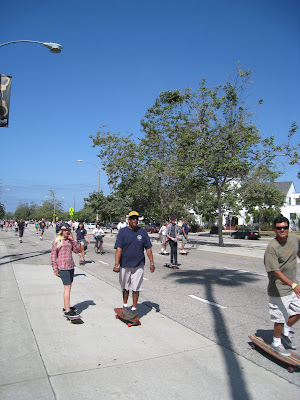 It was super cool to see skaters of all shapes, sizes, ages, genders, fitness levels, etc .. coming together to celebrate 100 years of Venice High - and show off skateboarding in the place where it really makes the most sense of all. 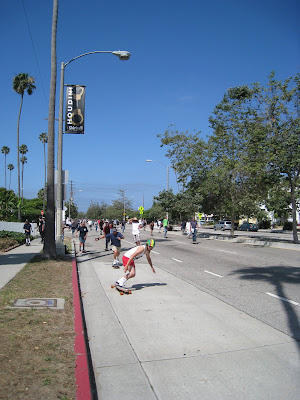 There was even a Gondolier skater (ok, Scooter-er)! 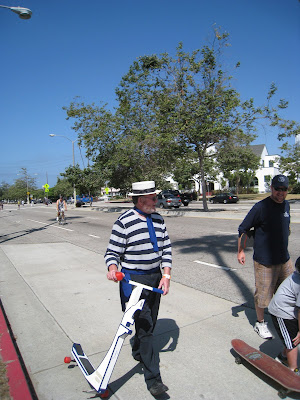 WOOOO's filled the air as the boards sailed down Venice Boulevard towards a place in the record books, on the most sunny gorgeous Venice day in June imaginable. As any good parade has, this one featured a few different marching bands ... and as they always do, they jammed some "YMCA" as they passed by. It was awesome. 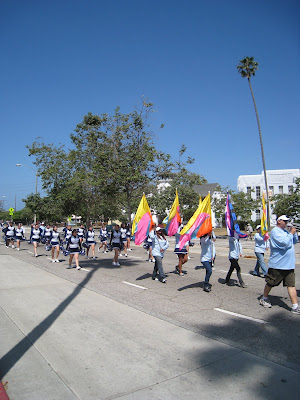