The Replacements Live At The Hollywood Palladium!

We'd been excited for months about The Replacements getting back together and playing at The Hollywood Palladium, and I'm actually still super buzzed from last night's show. It was so fun, I felt like I'd time traveled back to Minneapolis to back in the DAY. That was helped by literally bumping into friends from back in the day every few feet it seemed. SO. FUN. Especially because absolutely everyone there was all the way into it. The whole time. 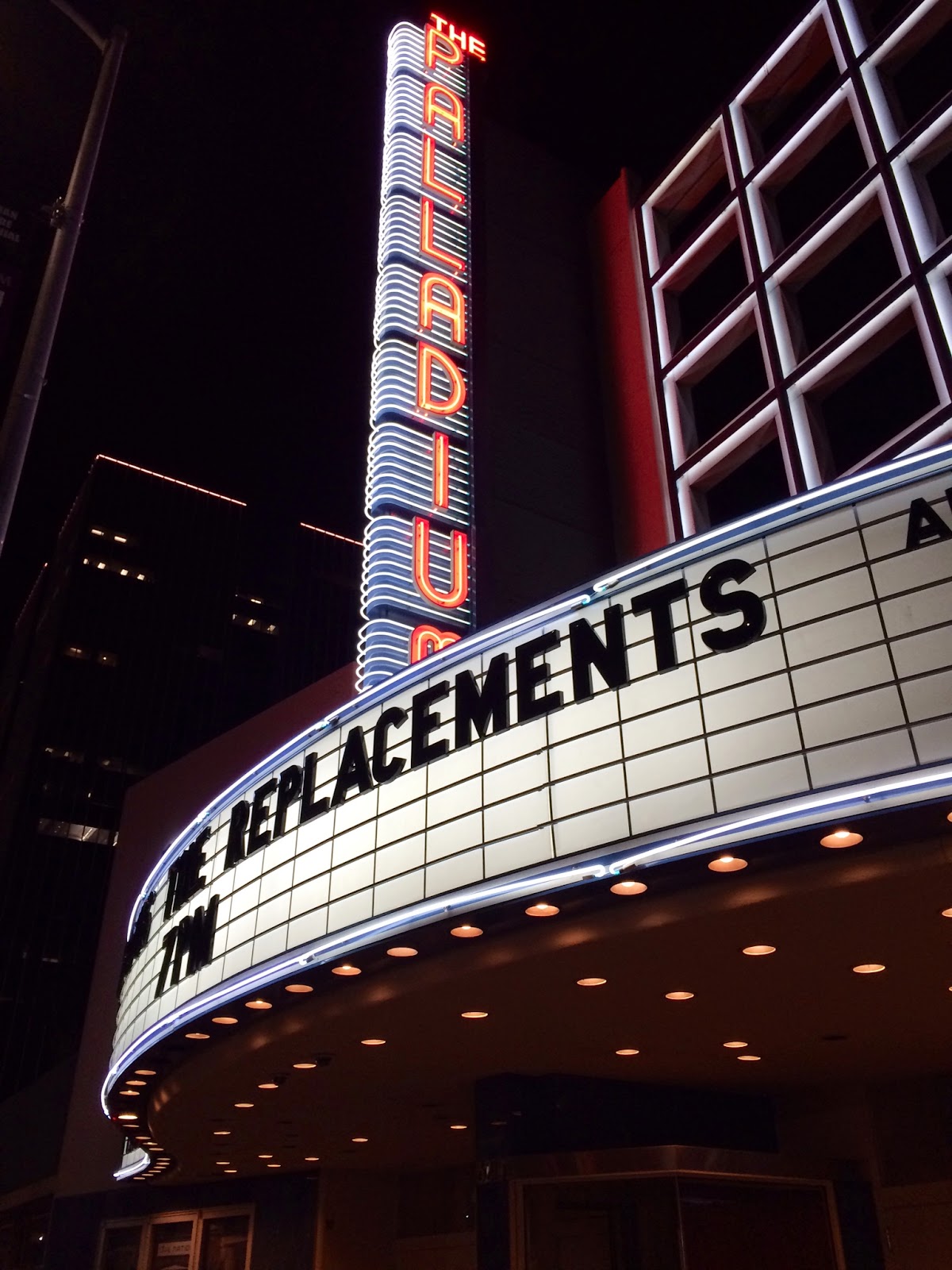 I went in to this show kind of off duty because the plan was to simply rage and feel and love it all without taking notes and photos (and I didn't have my rad photographer Paul G. with me either). So that's what I did, but now today am so hyper about it that I still have to write something to share with you how awesome it was. This band ... ! 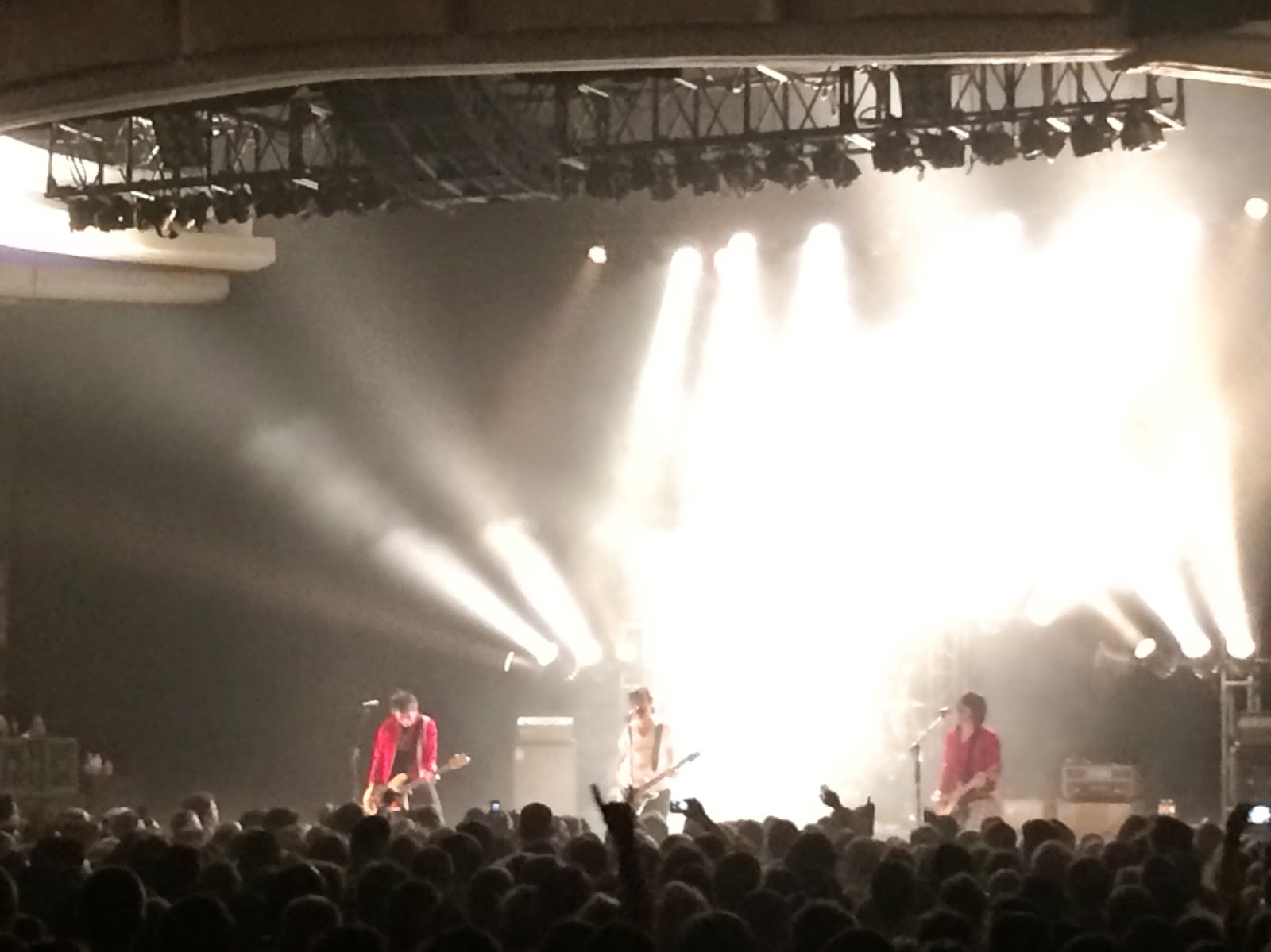 For the die hards, here is the stellar set list:


Whole Food Blues (awesome)
Can't Hardly Wait (And my friend Deb was there who wrote and directed the movie of the same name and I was so happy for her that they played it!)
Bastards Of Young
My Boy Lollipop (Barbie Gaye cover)
Never Mind 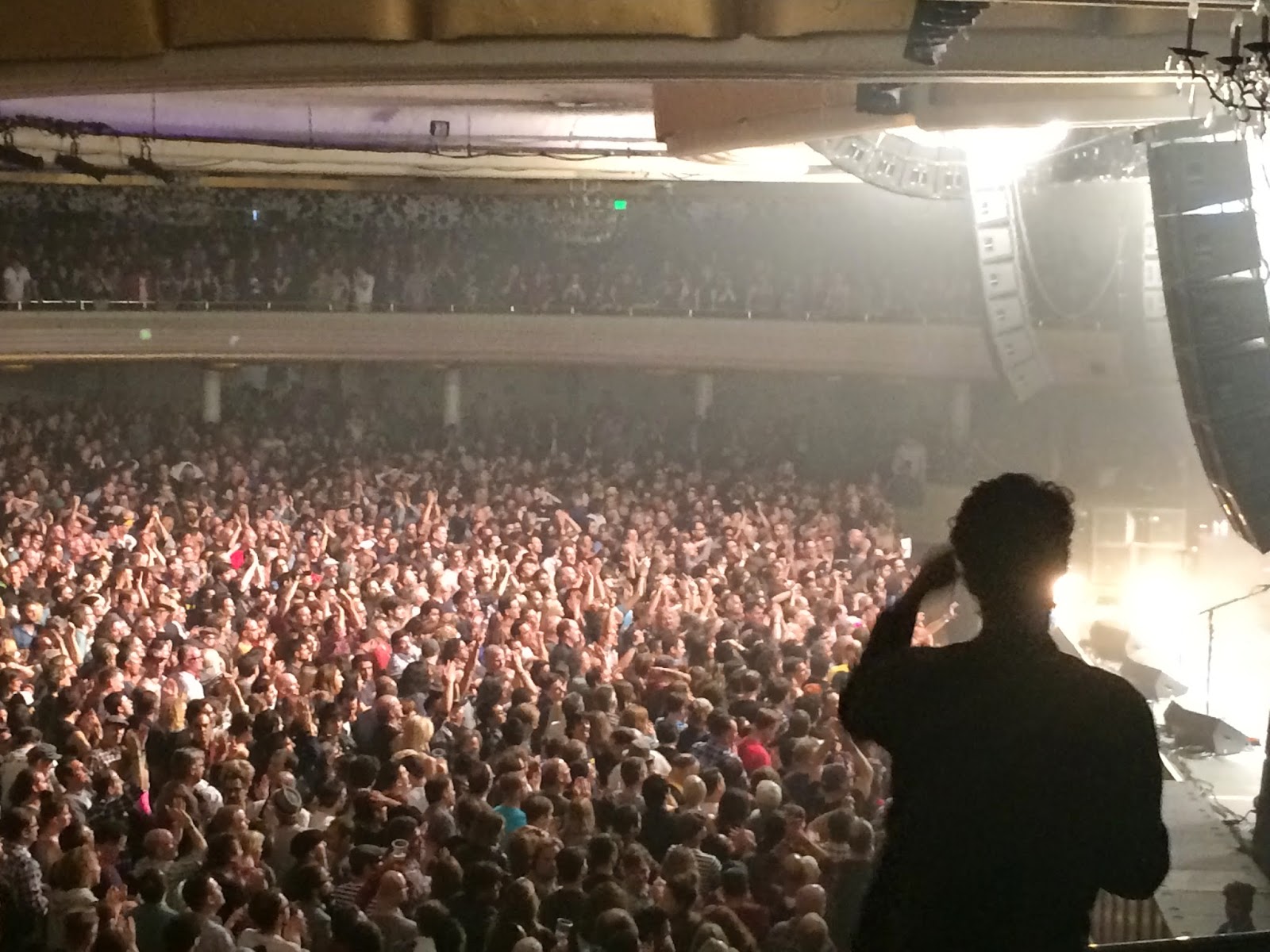 Then they left the stage and the sardine-like crowd roared for more. If you know my friend Shane and I at all well, you know that we LOVE the song "Skyway". LOVE. I also learned that singing that to girls in a real skyway was Shane's high school game. Smooth. But we are not people - nor should you be - that yell out requests, and I said, "It's going to happen organically. It's going to. I know it. But time was running out. Then Paul Westerberg came out alone, with just a 12 string acoustic. He played his solo act song, "Ghost On The Canvas". Then ... suddenly, the opening chords to "Skyway"! And Shane and I died happy. Then rose again to have the moment captured. Which it really wasn't, but you can probably tell our heads are beaming and about to explode with joy. Such a beautiful song, such a special treat of a moment with great friends and memories. Thanks, Paul! 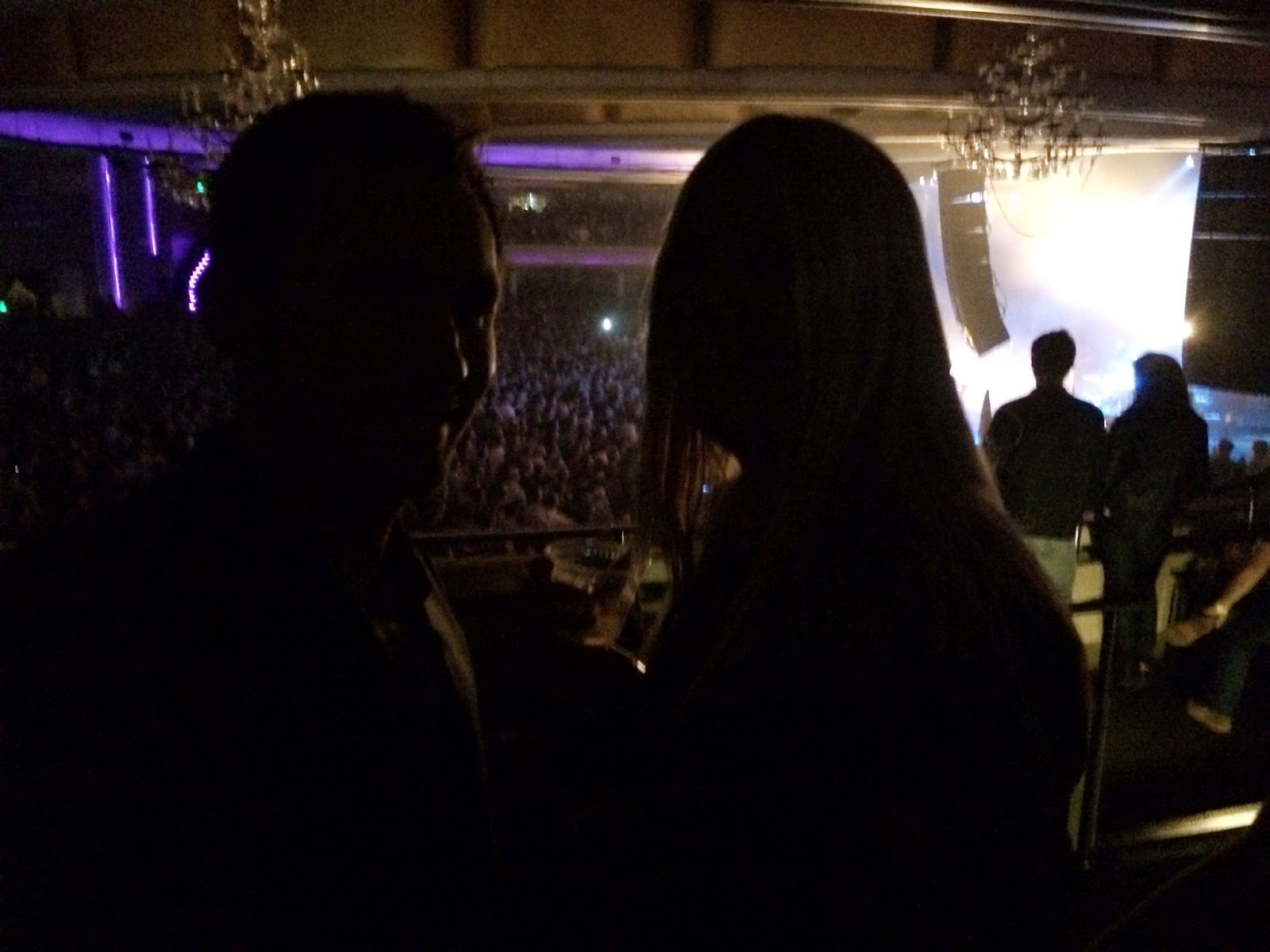 The rest of the band came back out for the next encore and we got "Left Of The Dial" and the fantastic "Alex Chilton". Right about here was when I seriously contemplated dropping down off the balcony to stage dive across the entire Palladium floor. It just felt like the right thing to do, almost required. The guys suggested I stay put, so I settled for dancing around like the girl in the Sia videos.

The wonderful Replacements left the stage again, but there was such a thunderous roar for more that they came back out and played - aptly - "I Want You Back" by The Jackson 5 (!) then closed out the night with "I.O.U." Phew. The lights came on and everyone was spent from the rock and the loudness of it all, but the happiest exhaustion you can imagine.

The merch line was endless, the lines for street dogs outside were endless, and the total fun of it all seemed endless too, as we kept bumping into more (super happy) people we knew. I even walked smack into one of my dearest friend's brother-in-law in town from Minneapolis! The celebration continued on in the parking lot with everyone raving on about what was their favorite song, swapping show stories from back in the day, and altogether not wanting the night to be over. 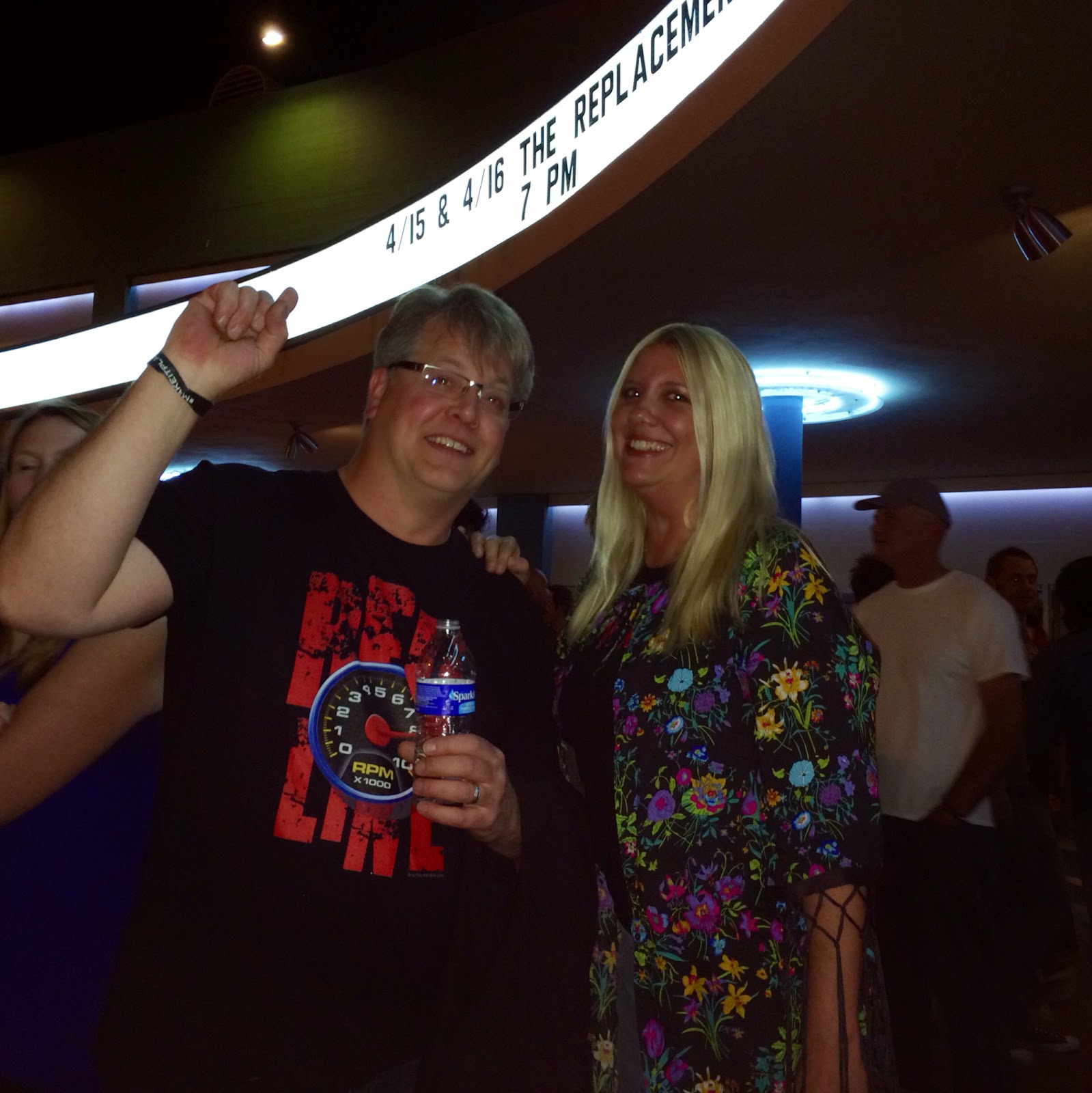 So, I guess I'm saying you probably want to get there when they come to your town. It's a damn good time, even without a Minneapolis connection. The Replacements are BACK, People!