My dearest friends are here visiting for Spring Break from Minnesota ... and as they are avid boaters back home, this called for a sail.  I called up my favorite Commodore, Noah Farrell (of Abbot's Habit fame) and he agreed to take us out for a spin around the Santa Monica bay.

The Krsniks are motor boaters, and this was a sail. That meant a crash course in being Farrell's crew, which is never a dull moment. It was a fairly choppy day, with plenty of wind (on the vessel named "Got Wind?"), so at times we were almost literally flying. 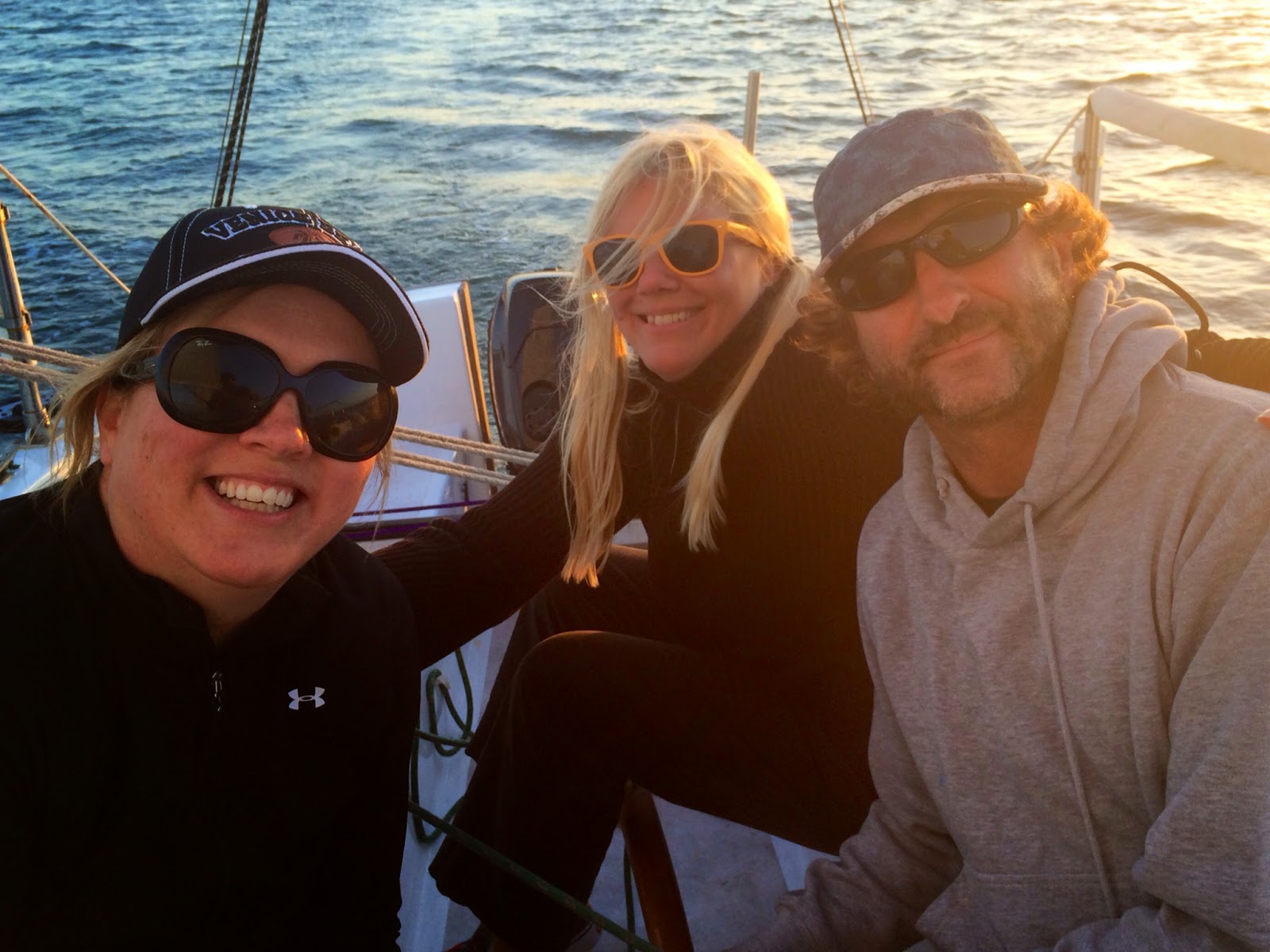 The day was so beautiful, made even more so by the glow of good friends, and the appearance of a little baby dolphin gang that delighted in jumping around our wake. It was awesome.

We nearly lost Renato at one point when we hit a wave and his 6'6 frame nearly upended him into a MOB drill (Man overboard, rookies). Luckily, his beautiful wife Christine broke his fall (and almost her neck), pretty much saving his life, and ensuring that he'd be here today to celebrate their sweet 16th wedding anniversary! 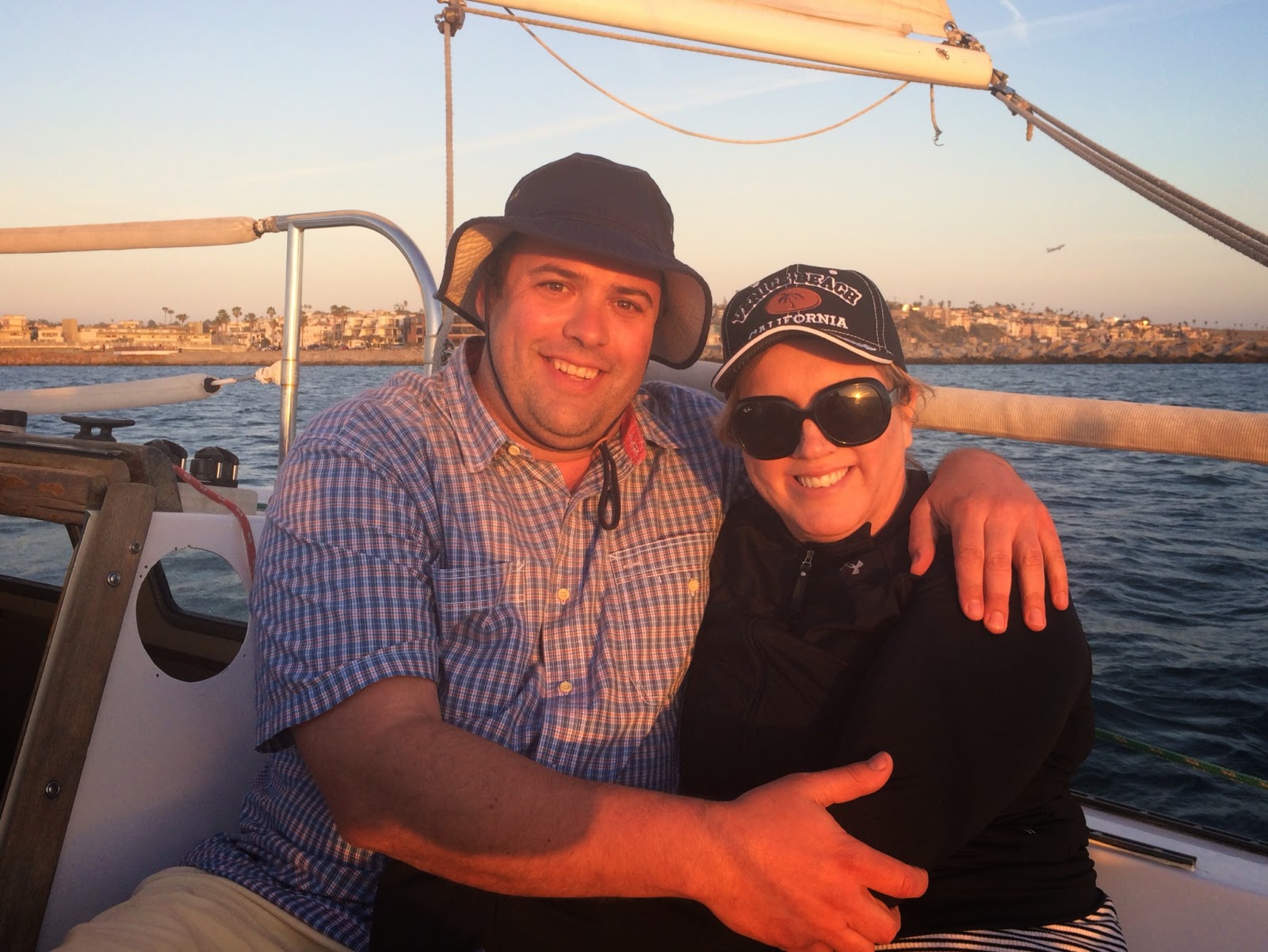 The air grew chillier as the sun started to set, and Captain Farrell let me operate the tiller almost all the way back in. It's so fun to feel the effects of the wind on the sails, and how the slightest correction in driving makes a total difference. I could see getting obsessed, as people do. The gorgeous sunset was our reward for all the kind of hard work. 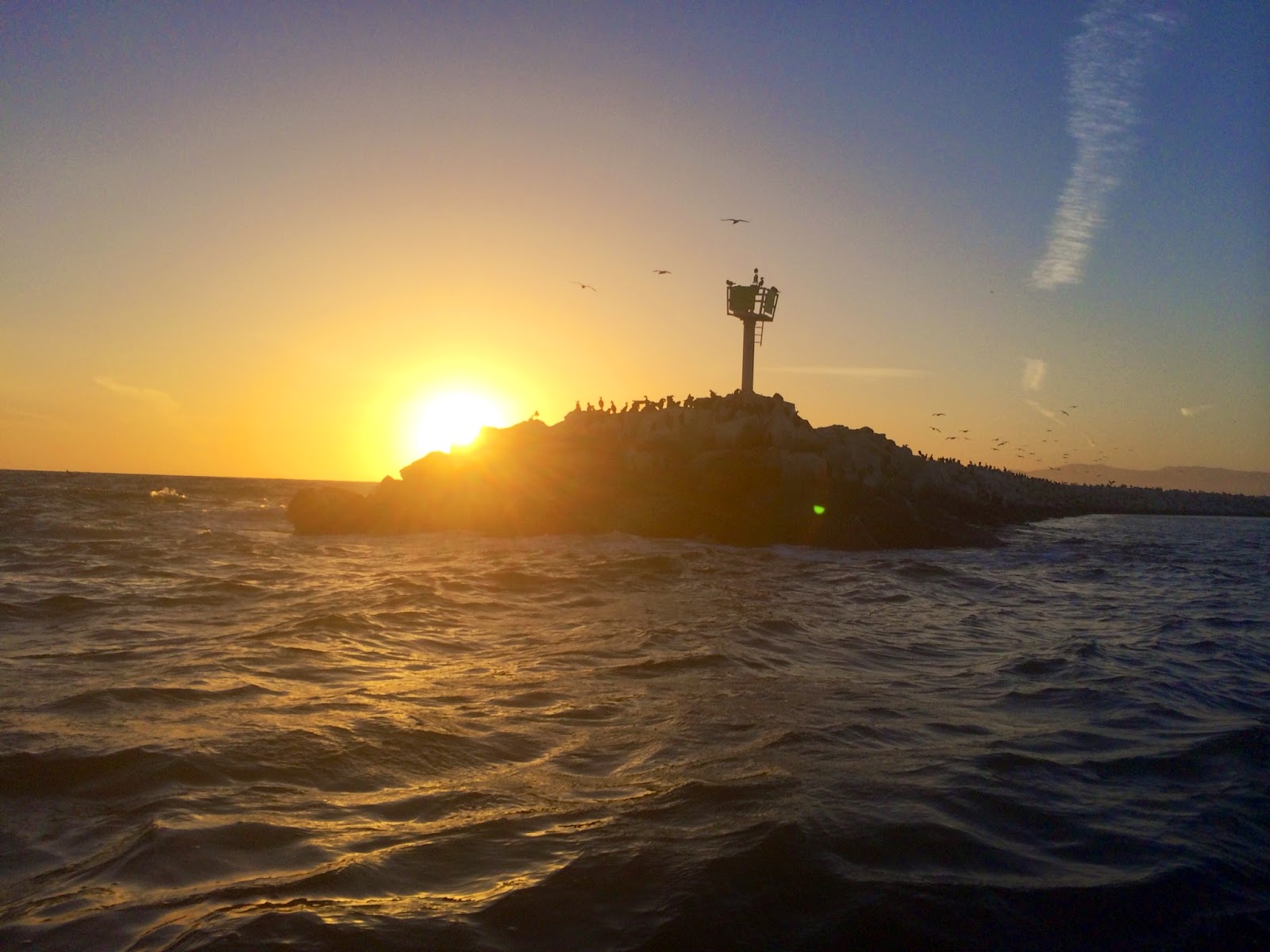 We warmed up in the cool South Coast Corinthian Yacht Club (SCCYC) in the Marina, and did more boat talk. It's the ultimate best when you get to share parts of your life and where you live with your very best friends that live far away, and have them get to know the people you surround yourself with when they're not there. We all hit the hay last night exhausted, and more than stoked. 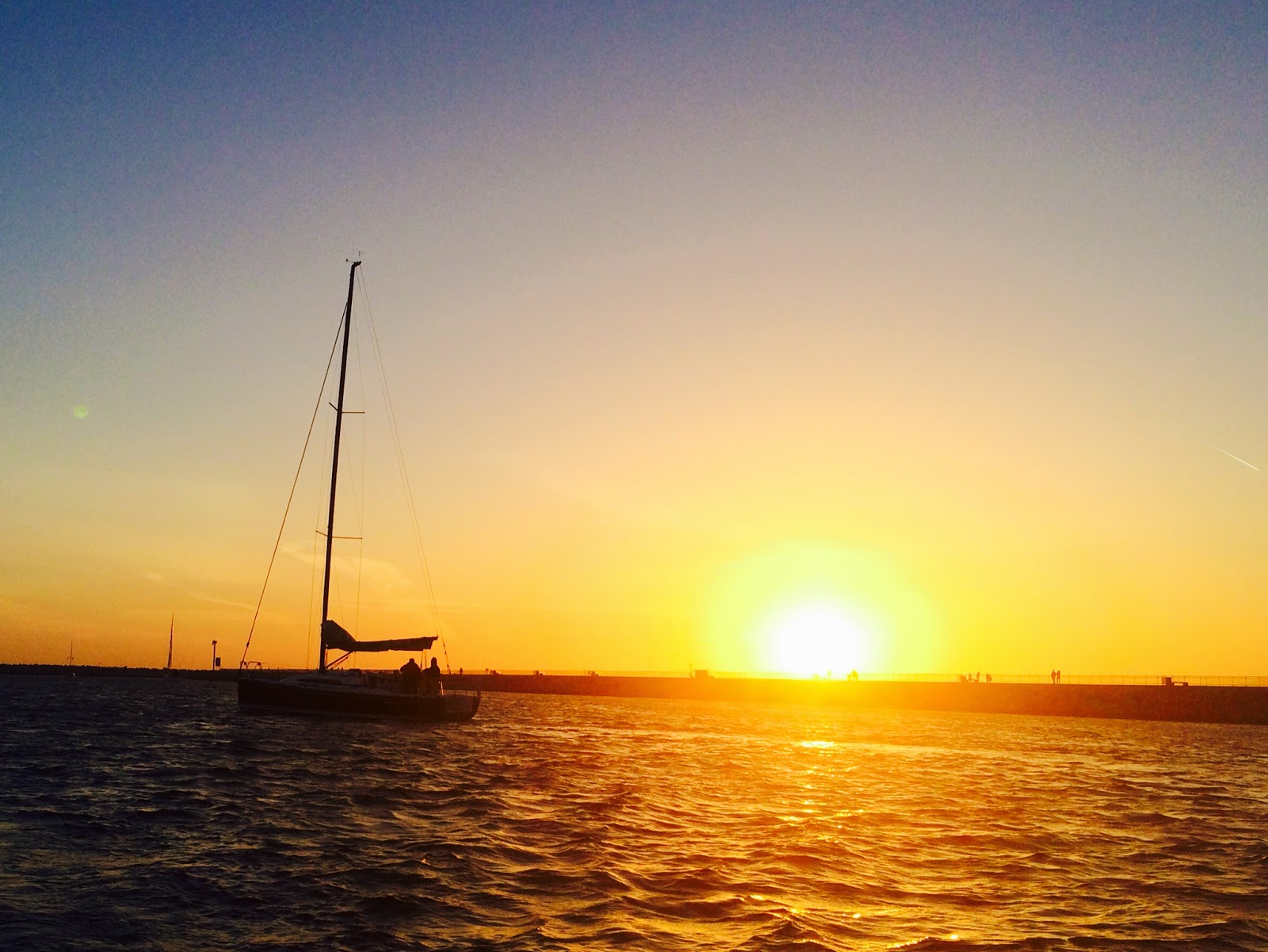