Lollapalooza 2012 was one for the books ... the books of most excellent times ever, bar none. I can't say enough great about it, and I as I heard Perry Farrell (our host and my friend) say in an interview, "My friends got high and happy and healthy, and that's what it's all about." When he says "my friends", he's not just referring to us who rolled deep in his posse all weekend, but all 100,000 people per day that saw so much good music, it didn't even seem real. 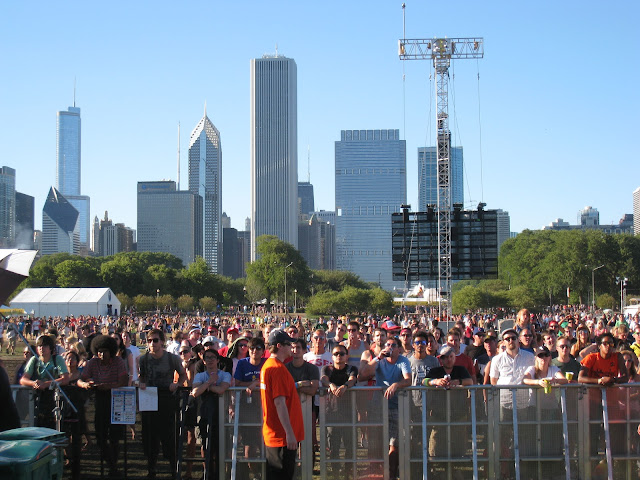 That doesn't go for me on Day Three/Sunday, however, as when you are rolling deep in the Farrell posse, there's a whole bunch of other things going on apart from the music, so the last day was for me much more of an all day fiesta, with a few musical highlights on the side. The heat mercifully broke, and the bright sunshine and perfect blue skies made the already buoyant mood even more so. 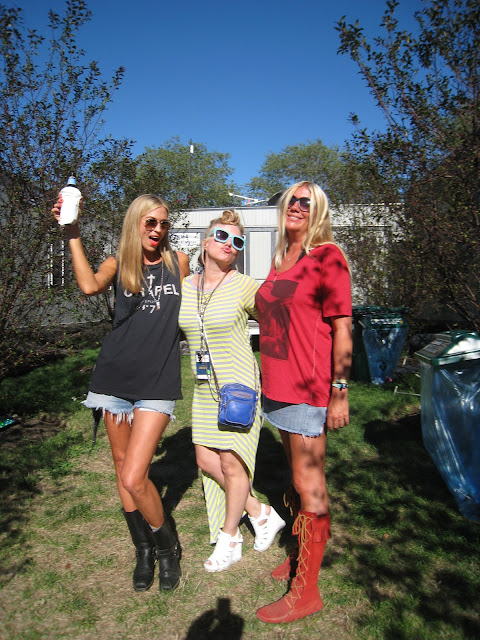 Because the night before we went out big at the Jane's after party show after party (!), it was a later start to Day 3, with lunch in the Farrell's room, tagging along to some of Perry's interview's, the discovery of both Goji berry mimosas and Coca Cafe miracle coconut water with espresso in it (!!),  and then meeting up with the rest of the crew of friends at the fun compound at the Lollapalooza site. This meant I missed Gary Clark Jr. (who a friend told me was so good it was nearly painful. I can't wait to catch one of that guy's gigs some other time ...). Trampled By Turtles. Sigur Ros, and a bunch of others. I'm not proud, but had you been having the fun I was having with the people I was with, you might be more understanding. Though I'm still kicking myself a bit... 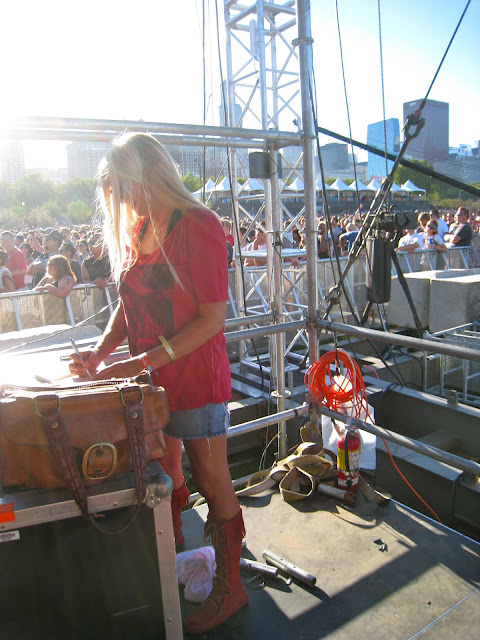 We got out into the mix (and heat) again, which soon led to a split of the party, as some wanted to go see Florence and The Machine (I did not at all) and some wanted to catch At The Drive In. That was me, but now I'm not sure I made the right choice. I like them a lot, but the live sound and performance was tougher to translate from their recordings as being awesome. I'm just saying. 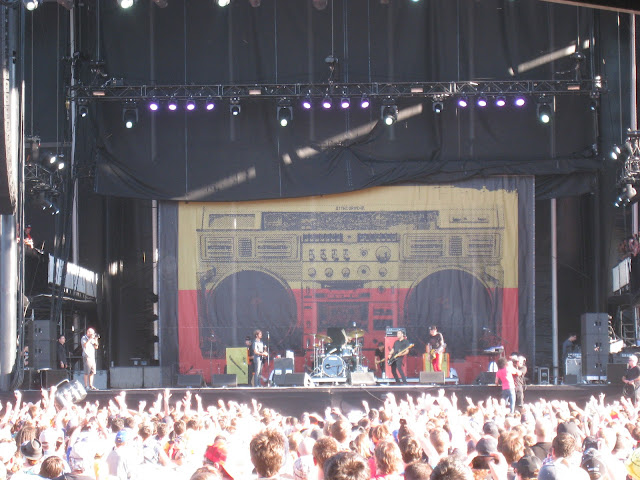 A little more compound time, and then a huge gang of us went to see what I'd been waiting for all weekend ... Mr. Jack White. He's a phenom, he really is - with an all-girl band too! He was scorchingly good from the opening note to the last, and I wish I had more detail to share, but by this point in the evening the pen was down and I had to just participate in the moment fully. From the sound board. And both sides of the stage. And from Cloud Nine. 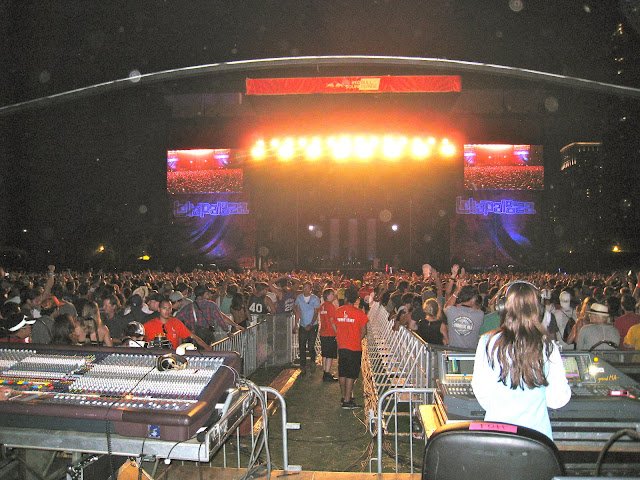 People were losing their collective minds out in that crowd, and every other vantage point, perhaps even Mars (as NASA made that landing happen all while we were rocking and had no idea!). 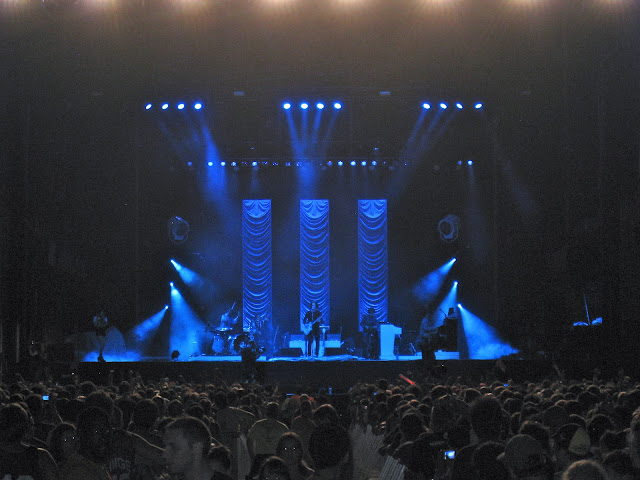 Jack White and his ladies were tight as you could be, and his guitar did not gently weep, it seared through you like a white hot light saber ... I don't even know what that means exactly, but that came to mind. He just rules it, and seems entirely from another planet, where everyone is cool and smart and talented and here to live out LOUD. Again, maybe Mars. 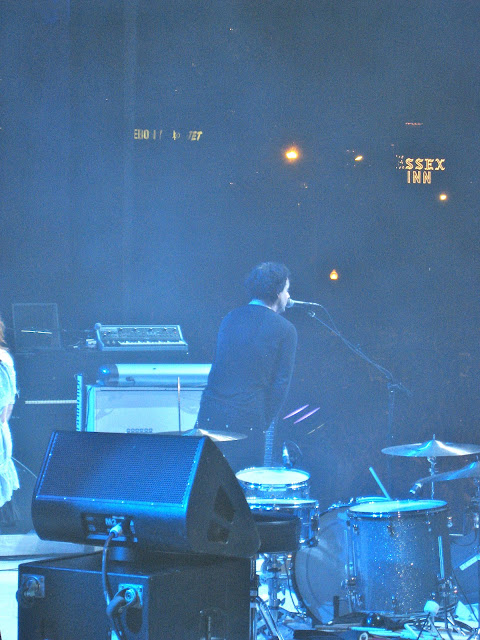 I love "Love Interruption" and that's one of the songs I know Jack White played off of his new Blunderbuss must own album. I should have snagged a set list off of the stage, but it was all a bit hectic - and superfun. SUPER fun. 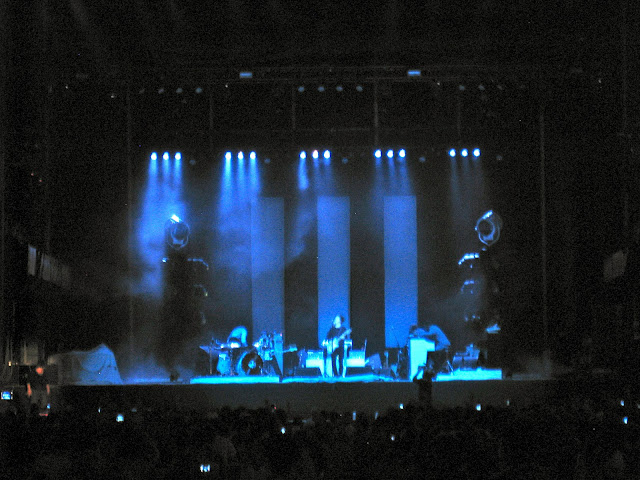 I kept thinking back to the first Lollapalooza in 1991, where I literally had to go deep within and cure myself from partying too much and heat exhaustion to get in the pit and see my favorite band of the time, Jane's Addiction. To now be standing next to Perry Farrell on the side of the stage, watching Jack White blow minds that reached all the way back across Grant Park to the Chicago skyline, was not only surreal in the best possible way, but such a blessed gift. 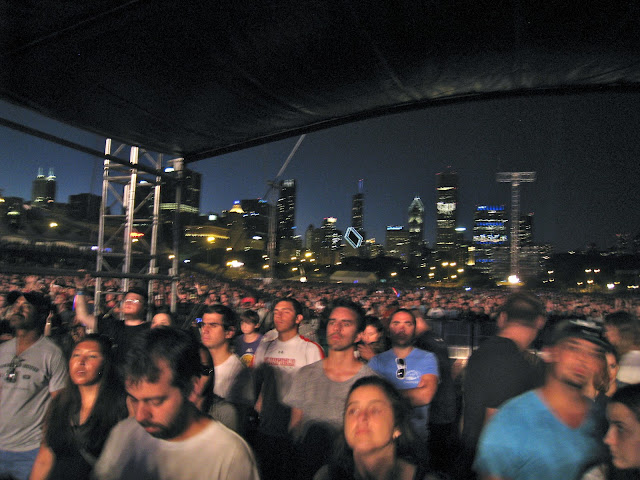 To be in that kind of moment, and fully aware of the greatness of it, is what I think life might just be about. Perry and I nudged each other at one point and grinned, not needing to say anything ... but I did. I said, "Look out there at all those happy faces ... You made this." He smiled and kind of shrugged, but accepted the thanks - from me and everyone else he ran into all weekend long. 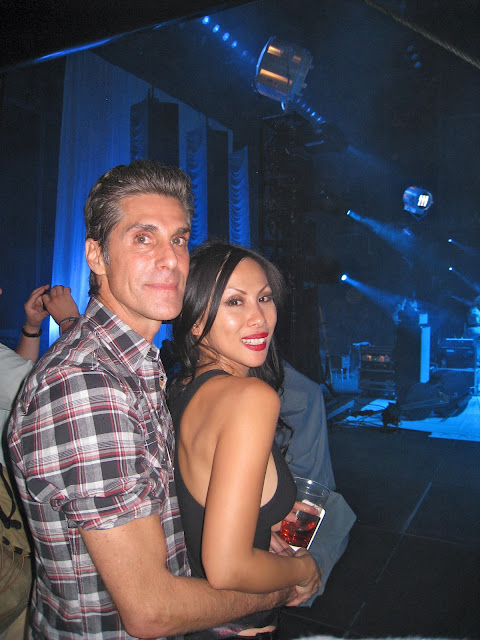 Perry has always been ahead of the game, in my opinion. He started Lollapalooza, for goodness sakes!  He started Perry's dance music tent years ago, to sparse attendance and indifference. Well, this year Perry's stage was as packed as any of them, and you had bands like Flo and her Machine adding dance beats to their regular hits just to try and freshen them up and get the folks going. (It worked - every time). Now they've just announced Lollapalooza Israel for 2013! Perry explained in a different interview that it's his belief that musicians playing music around the world are being Good Will Ambassadors for the world, and he continues to exemplify that in all of his creative endeavors.

More fun and more after parties (where I was hoping to ask Jack White about his Lolla experience, but we passed like ships in the night ... aka I have no idea where that dude went after) and Lollapalooza 2012 is done (and a raging success). 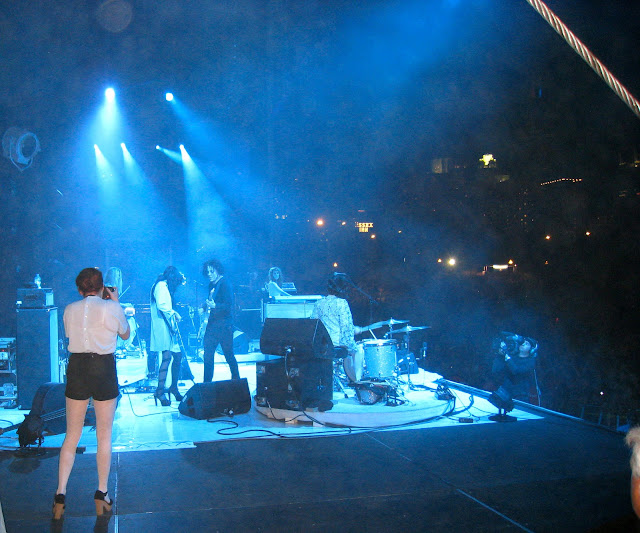 I would be sad about that except for the fact that I'm continuing on with Jane's Addiction for their Summer tour - on the bus. People keep calling me Cameron Crowe, but I'm CJ Gronner, and I hope you'll enjoy the stories I'll bring you from what thus far has been an epic rock adventure for someone that just can't get enough of it, and the feeling of people coming together for the common cause of music, fun and joy. 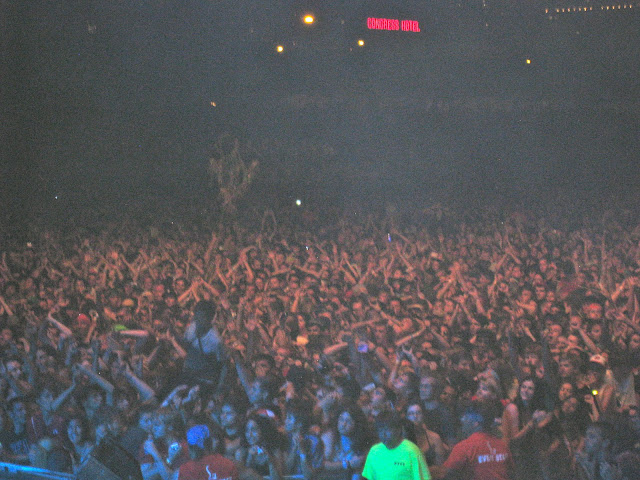