Well, I get back into town and it's right back into the swing of things. I returned to a message from my friend, Alona Cooke, that the AK Supper Club has a new chef, already! Gone is Kevin Kathman, after some what sounds like mutual disagreements about the concept (that, interestingly, he also had at his last restaurant gig in Minneapolis, at the end of my friends street, where I just was), and in is Benadicto Gell, formerly of The Yard, Joe's and Red Medicine. 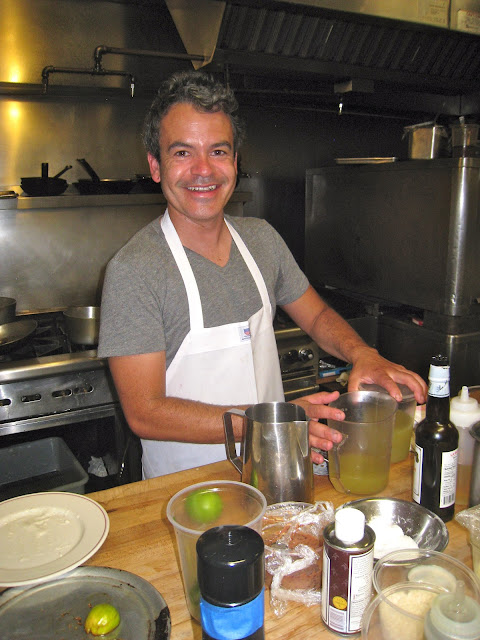 I had an impromptu opening in the action and met Alona at AKSC (formerly Capri) to sample the new menu and meet Mr. Gell. Oh, MAN, was it good!  We discussed the vision for the space, and it's really more of a Pop Up CHEF concept vs. Pop Up Restaurant ... "It's an adventure .. it's never the same experience," said Cooke. 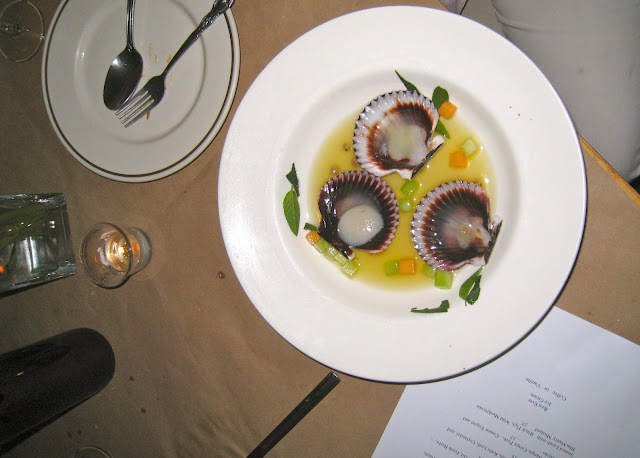 Well, she's right there. The first dish we tried was an appetizer of scallop crudo, which I described as a dish a Mermaid would make to impress the Fairy Godmother of her Prince Charming. Does that sound gushy? Fine, it's worthy. Raw scallops in their shell sit in a pool of soothing, cool cucumber and melon water. Scattered over and around this loveliness are pearl currants that pop with tartness and look like jewelry from the sea. Topped with Thai basil and Peruvian mint, the ladies at the table could only laugh and roll our eyes. "I want to jump in and swim around", said one friend. I just shook my head and uttered, "It's like alchemy." Yuuuuuum. Summertime perfection.

Equally yet differently delicious were the shell on salt and peppery shrimp appetizer special that you just ate with the shell on because to not do so would be just weird with all that flavor. GOOOOOD. It reminded me of the Virgin Islands for some reason, and came with little slices of grapefruit and tangelo and tiny slices of red pepper that just combined to burst into savory perfection in your mouth. I loved it obscenely. 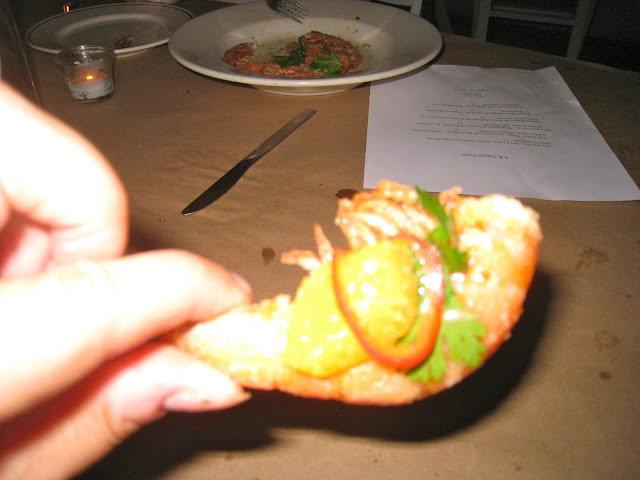 As I did the ridiculous lamb entree served with black figs, wild mushrooms and blackberry mustard. Within that were these little crunchy bits that turned out to be rendered crispy lamb fat chunks that were so full of flavor, formerly civil friends began to eye one another's hands with an eye to stab them with forks if they took one of those little guilty pleasures. "Aromatic." "I don't usually gnaw, but I'm going to." (ok, that was me). 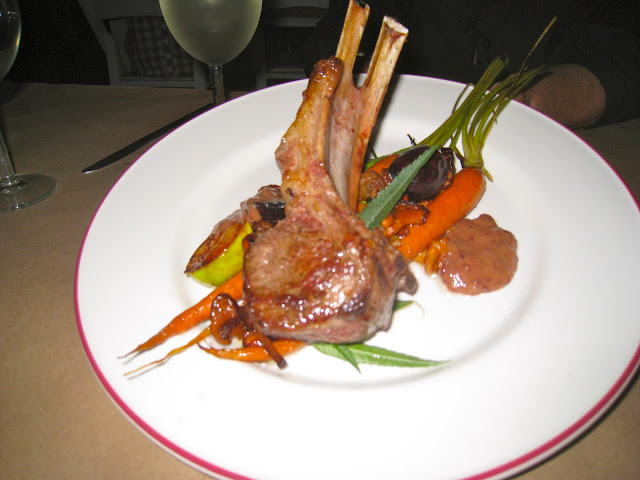 The braised pork with mangu (a mixture of mashed yucca and plaintains - "African.") was an autumnal dish that would go well with crisp evenings and fireplaces. It also featured little crispy pork bits, and we again searched like truffle hogs around in the plate for them. Holy moly.

I called the poached black cod in corn broth bland ... until I almost drowned from my watery eyes due to a peppery bite that I wasn't prepared for. Take that, the cod appeared to say. Burned. 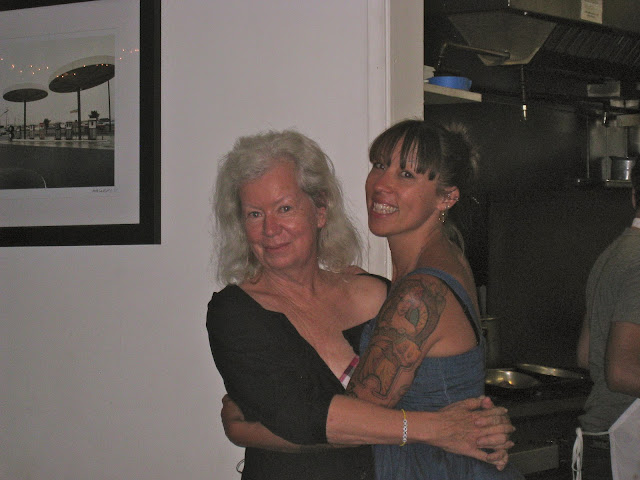 After we finished up this "Bacchanal of Pleasure" with some "Best Ever" coffee ice cream, we sat around and chatted with the talented new chef, Benedicto Gell. He's from Boston with Dominican heritage, so he's got flavor influences from all over. It's fun to talk to people about food when they so clearly love it dearly and want to share that with you. It's like Alona said, "You follow your instincts and your nose, not a Michelin guide." True. And you only have two weeks to get in on the current action starring Gell. Then it will be a new adventure, and I'm sure I'll tell you all about it, and try not to drool on you while I'm at it. Go. Now.

***UPDATE  - AK Supper Club is now closed for good. Will let you know about what goes into the Capri space, which we will all miss.