Jane's Addiction Had A Farm - Syracuse

Jane's Addiction and Company (and me!) went to sleep on the bus from Cleveland and woke up the next morning on a farm in upstate New York. When I say farm, I mean a FARM. 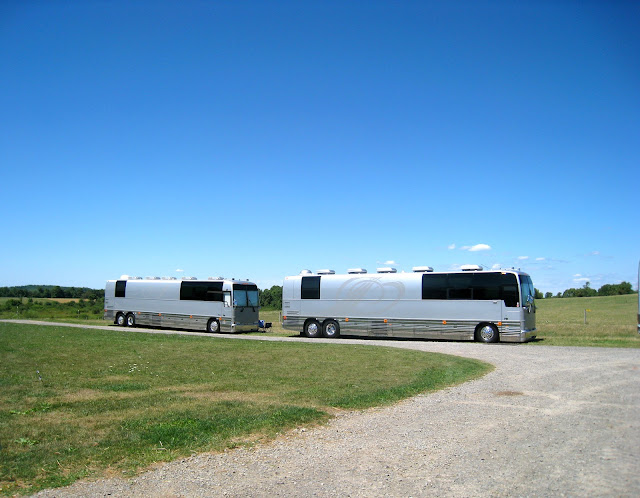 Beautiful green rolling hills, all sorts of animals (whose friends were our barbeque later), the freshest possible produce, and the nicest possible people. We all explored and ate and made up drinks with that produce, and I had my first lamb burger. As I listened to them Baaaa from the nearby barn. 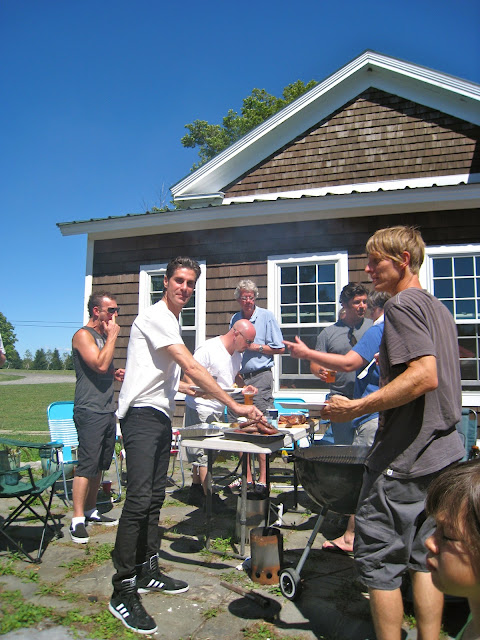 It was delicious, though we felt a little guilty when later learning how the sheep are milked, and ate the creamy, artisan cheese made from that milk. Ahh, the circle of life. It was the first time on a farm for Perry Farrell and his kids, so there was a whole lot to take in. I laughed a lot. 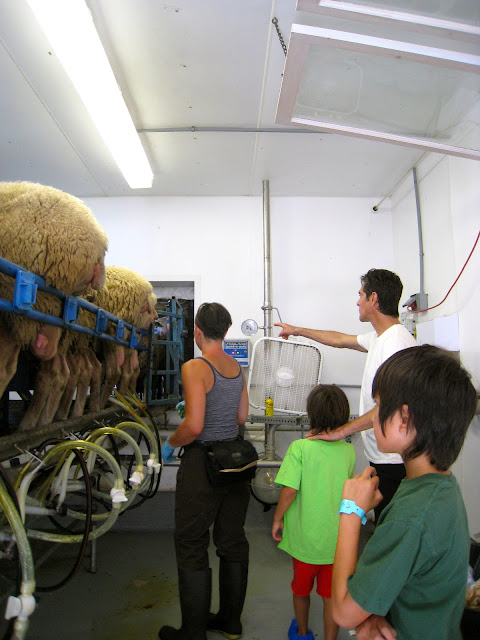 Well fed, sated, and entertained, our band of gypsies got back on the bus for the leafy drive to Syracuse, New York. Everyone got a solid sleep in, and before we knew it, it was time for sound check and another show, this time at the Landmark Theater in downtown Syracuse. It was an ornate and beautiful (and I assume old) concert hall, once again full of dedicated fans.

I got there after the opening act for this leg, Mute Math, but I heard they were great, and Stephen Perkins said their drummer is his favorite. High praise, indeed. I will get there on time next time, lesson learned.

I was standing next to Perry and his kids as Pink Floyd played right before Jane's was going on. I love watching him with them so much, and vice versa, as there is such a tangible, mutual pride - and Perry and his son, Hezron, happen to share the same dance moves. Genetics. Perry is all sweet and gentle, and then two seconds later is out there rocking peoples' minds out. Balance. 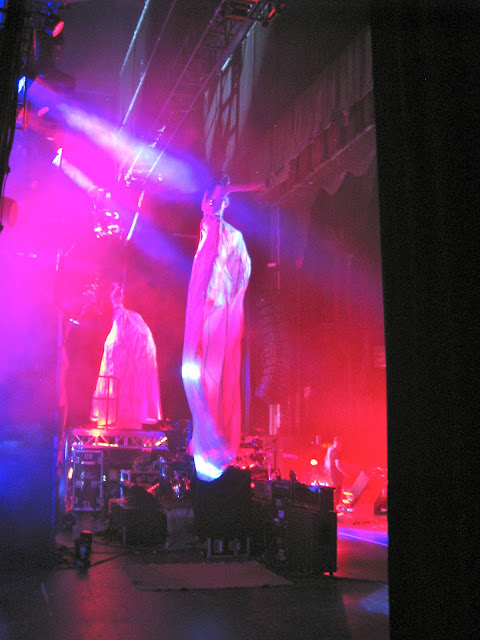 "Underground" is quickly becoming a fan favorite, and it's impressive theatrics (with Etty Farrell and Stephanie Spanski flying overhead from trapezes in their gigantic white hoop skirts) set the tone for the whole show. The next one, the classic "Mountain Song", always gets the crowd fired up, and tonight was no exception. Perry was FEELING it on that one, even more animated than usual. All the guys were extra on feeling, giving it their all, as they do. "Just Because". 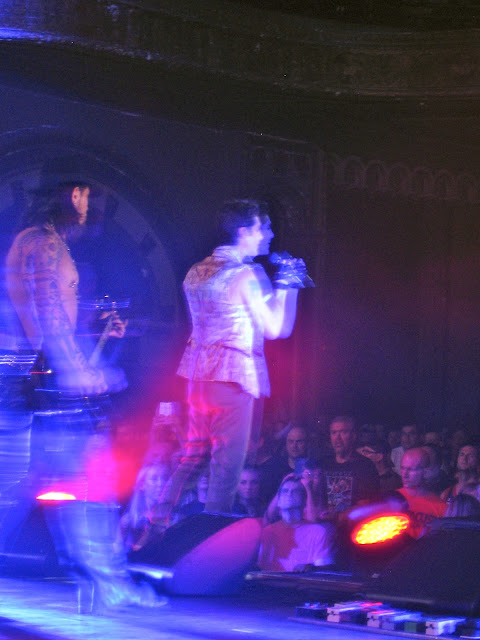 "Been Caught Stealing" featured a searing Dave Navarro solo, and all the guys were going off. Jane's is a band where the bass lines are so noticeable too, thanks to that Chris Chaney. So good. There was one guy right down front who I don't think was sober, but I don't think it would matter, as he was a SUPER fan, with his finger pointing at Perry, jabbing out every syllable to every song. I know how it feels to love a band, clearly, but this guy was on his own level. It cracked me up, even though I was happy for him, that he was obviously living out a dream. 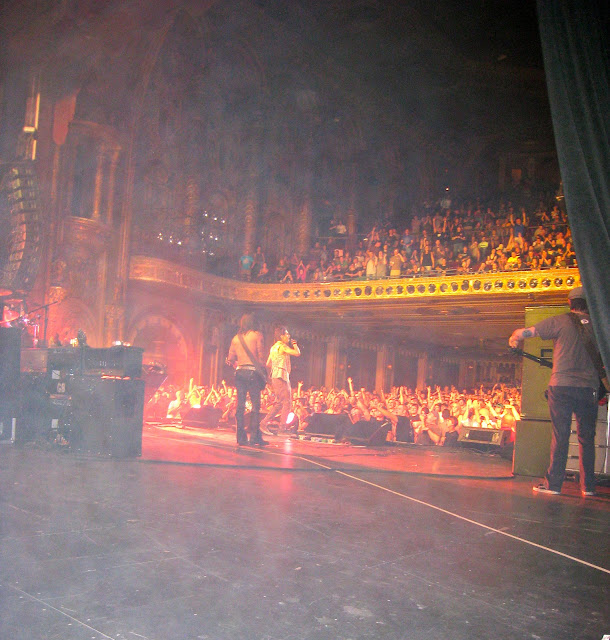 We had a chat at Lollapalooza about how all the things that feel good are bad for you (drugs, alcohol, fattening food, etc ...) and that seems so backwards (This topic will wind up as a song, I have a good feeling). Perry brought that up to this crowd, and told them about our day at the farm, and how sometimes you just have to say, "I WILL have a lamb burger, and I WILL have that delicious beer with it, because there ain't no wrong and 'There Ain't No Right'". Word. This one had Dave with another blaster of a solo that was just - Yikes. 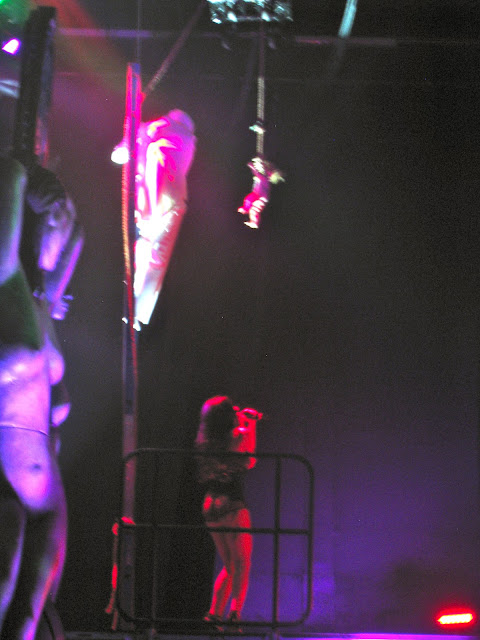 "Twisted Tale" had Bubba Carr beating up baby dolls and Etty Farrell singing and dancing around him like ... well, a twisted fairytale. I love the creativity so much in this company, and it just keeps getting better. 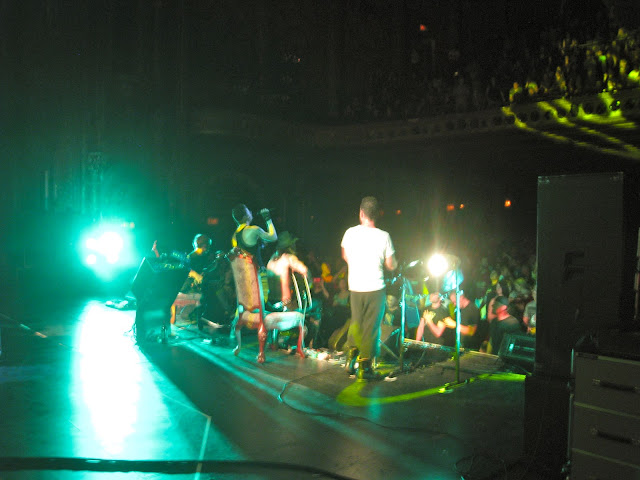 Perry told the crowd more about our farm time, and what a great way of life it is, (it clearly made an impression on him) and asked our new friends from the farm to shout out if they were at our barbeque. The whole place screamed, so I know there were some fibbers in there, but everyone seemed happy to share in the fun. Especially when they got acoustic "Jane Says" played for them next. That's a song you just never tire of, and once again, the whole room sang along, so happily. 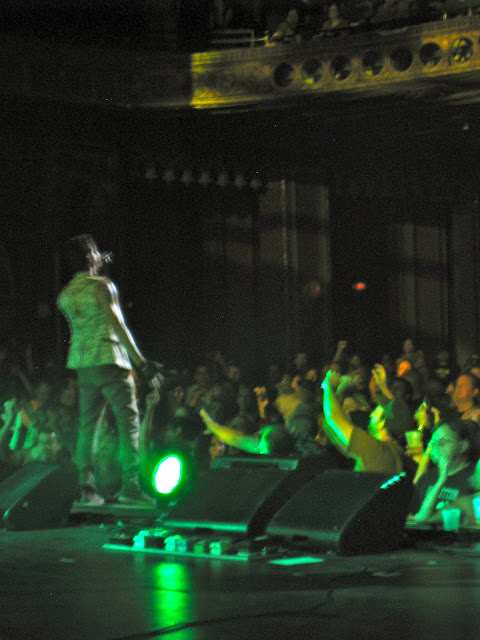 "Then She Did" I love every time. "Splash A Little Water On It". Huge. "Ocean Size" - even bigger. "Stop". No way. I went up to the dressing room with young Izzadore Farrell, and he said, "We should go back downstairs for your favorite song." Which he knows very well is "Summertime Rolls". It was indeed on, and the last one. That melted my heart as much as the song does. 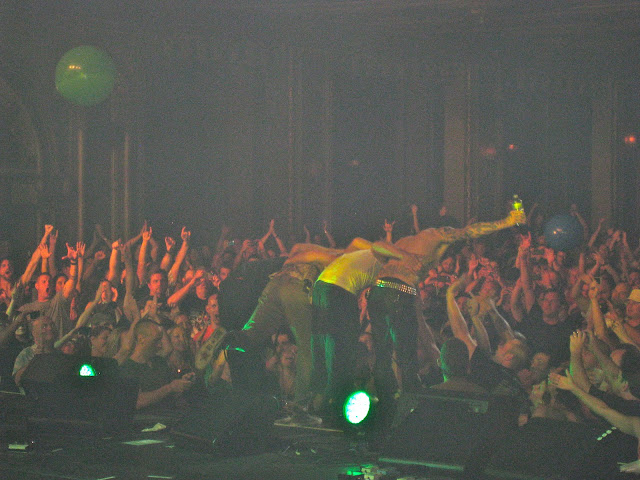 It was faces that were melted when I looked out at the crowd, smacking big balloons around and loving this band for every single note played. As Perry had said earlier in the show, "Our job is fun." Amen, my brother, Amen.