The Deftones And Incubus At The Fabulous Forum

Our Venice pal, Brandon Boyd, sings in a little band called http://incubushq.com/Incubus, and he invited my brother, Paul, to come and shoot their show last weekend at The Forum. Hell yes! As I hook Paul up for a lot of shows, I was the clear choice to be the plus one (or I kind of begged).

We got to The Forum just as the sun set, and we could hear Death From Above 1979 blasting away from inside. But then the folks on Mars could probably hear them, and I was immediately grateful that the envelope with our passes in them also contained a fresh pair of earplugs. I swear in my life I've never started out a show with earplugs in, so this was a first. Holy moly were they loud. 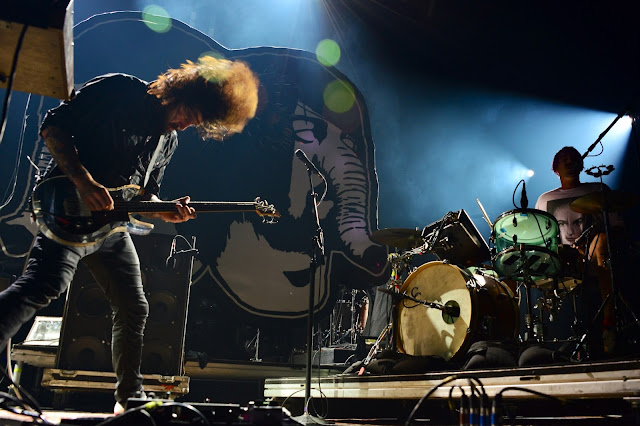 One song was introduced as a love song, and wound up being just total chaos mayhem, so I guess that's pretty accurate about love. A V.O. repeated "Fuck you and fuck The Establishment", which went over well with this crowd. I was pretty much lip reading on the screen, but the kids seemed to dig the two piece with an elephant trunk faced guy as their backdrop. The singer said, "Thanks for not texting too much during our show," so I think I'm right. 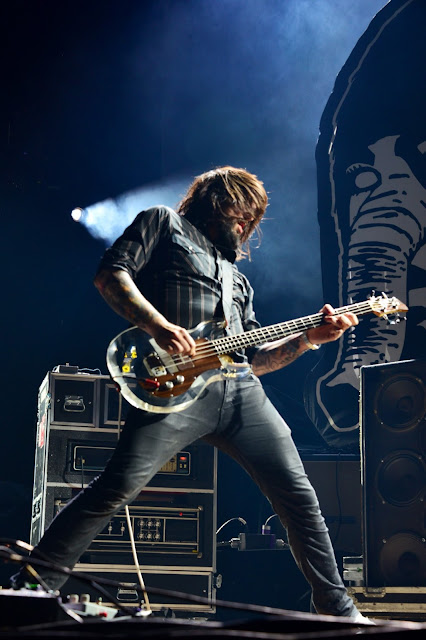 The Deftones were next, and were also super loud, as were their SUPER fans. I mean, they went OFF. There were circle mosh pits throughout their set, to the point where Chino Moreno had to tell people to stop. "You don't go to an Incubus show to get bloody!", he implored. I certainly didn't. I'm talking more than one stretcher went by down my aisle. I'm sure it was because people were HAMMERED. I was completely sober (which was weird at this show, for sure) due to the professional nature of our visit, but even the tiniest girls were hoisting the most giant cups of beer ever. When they weren't texting. 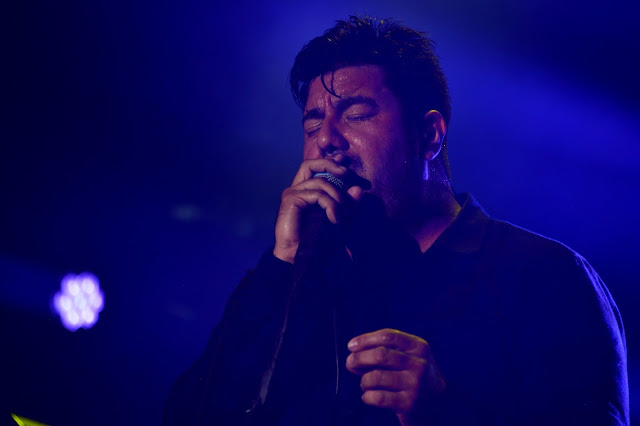 Moreno was wearing some odd sweat type pants that were distracting me. They resembled man diapers, and only got worse when he soaked through them with sweat. I like to see performers give their all, but not visibly drench their pants. He needs some good Lizard King leathers. But who really cares, the fans LOVE them, and as they blew through their favorites like "Be Quiet And Drive (Far Away)", "My Own Summer (Shove It)", and the big KROQ hit that blew the roof off, "Change (In The House Of Flies)" you could tangibly feel true rock happiness steaming off the crowd. Though that may have been weed smoke too. 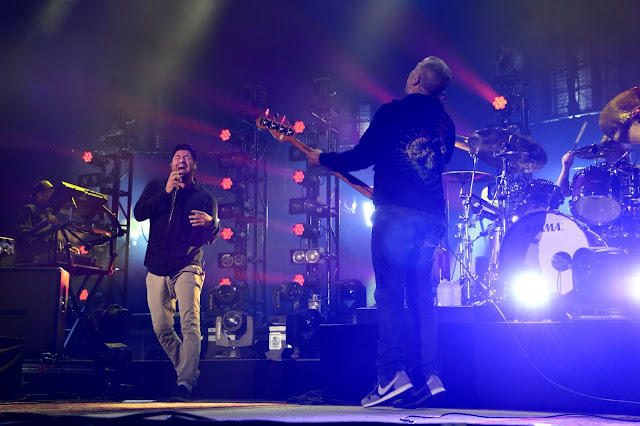 A KROQ contest winner lady announced from stage that it was her son's 21st birthday, and this was her present to him and his friends - cool Mom! Incubus was the headliner and it went dark as a video digital stopwatch clicked down from 5:00 minutes (I've never seen a band take the stage so promptly!), the fans literally went nuts.  The girls next to me were losing it, like hitting each other (which only got more dramatic when Boyd took his shirt off). The men in the house were punching the air, and singing along with every word from the very start. 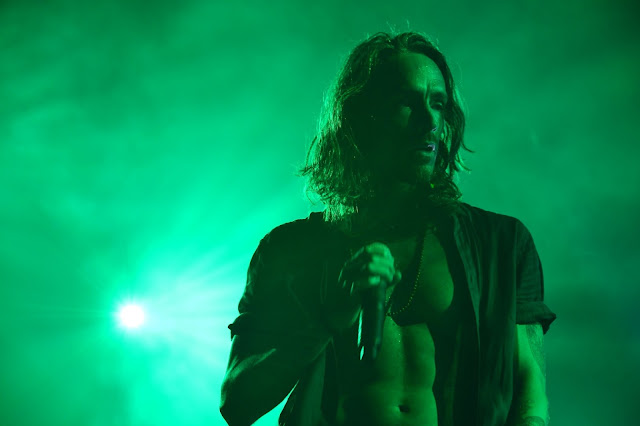 Boyd took the stage and began banging on a big drum that riled the fans up further as the intro built into  "Wish You Were Here". That one had everyone pulling out their phones to record for their friends that weren't there in a stroke of genius. Incubus had cool videos and lasers and light shows and during this one they had the sky resembling a backlit canopy with holes punched in it, like he sings about. Great. 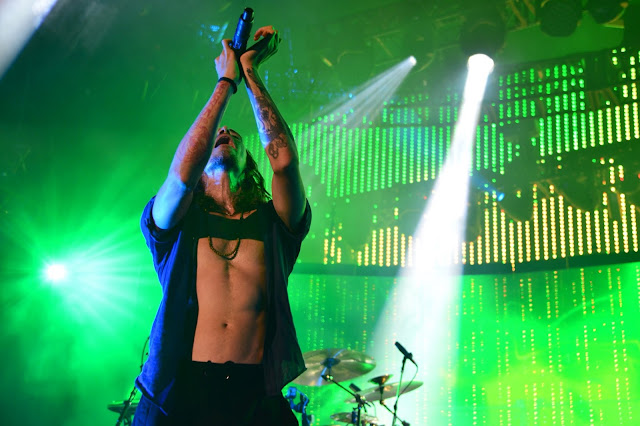 That went right into "Anna Molly" which sent my seat mates right into near catatonia. It's fun to watch fiend fans freak out. They're so happy it's completely infectious. And appeared to radiate back to the band, because they were all smiles throughout as well. 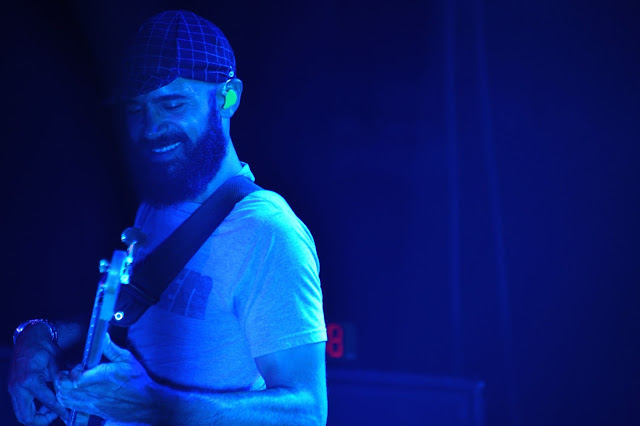 It was cool to see parents there with their kids, some bringing their kids to their very first concert. That's pretty brave, as some in the audience were pretty sloppy by now, but I like the spirit! This was a hometown show for Incubus, so Boyd thanked all their friends and neighbors for being there before they launched into another super favorite, "Circles".

The band was firing on all cylinders, and extra tight from being on a densely packed tour of shows. "This next song has fucking laser beams!", shouted Boyd and sure enough, it did. Lasers were everywhere as they played a couple from their new EP Trust Fall (Side A) that I don't have yet, so hadn't heard. It seemed I wasn't alone, as per custom, much of the crowd sat when they didn't know the song. And texted. I dug the light show and got to know some new friends (songs). 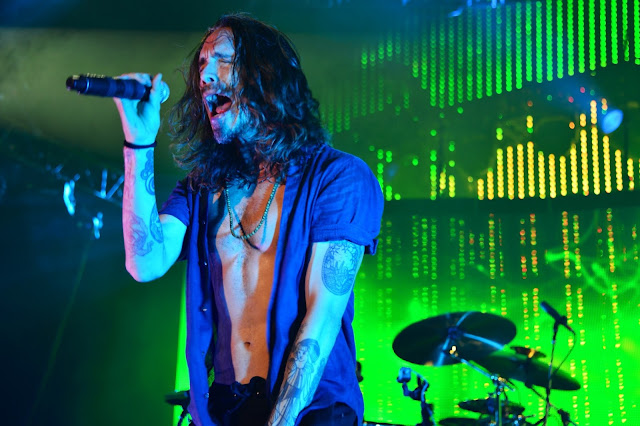 The girls next to me both hugged and high fived me when the awesome "Are You In?" began, as you see, it was their favorite. Since they were thirteen (they looked mid 20's to me, so they remain loyal fans). They were STOKED. So was I, I love this one as it poses such a great question, and featured Chris Kilmore's spinning and dreads flying. 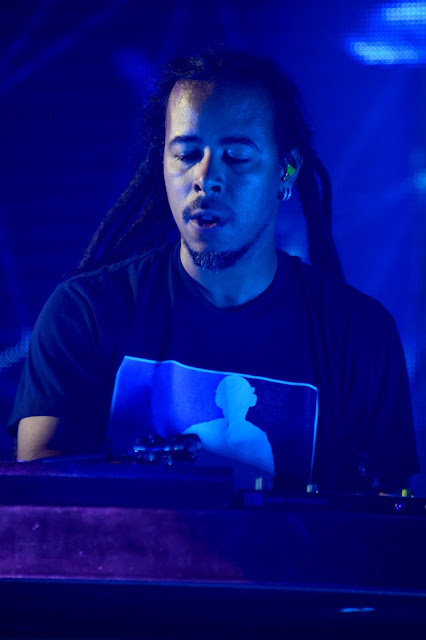 The next one started off with Boyd banging on his djembe, but I don't know what it wound up being, as I had to go. 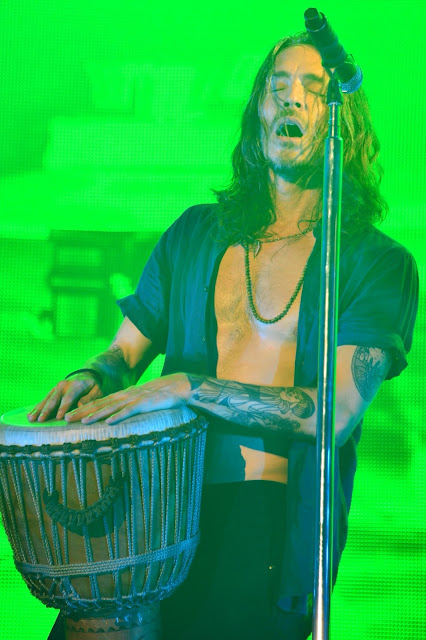 Yeah, man. The Forum has super strict pro camera policies, so when Paul was done shooting the three songs they allow you to, he had to go. No cameras in the seats, and no place to stash them. I wasn't gonna have him hang outside while I rocked with my superfan girls, so we split. Bummer. I heard we missed a bunch of hits, but it was fun while it lasted. And Paul got some awesome shots. 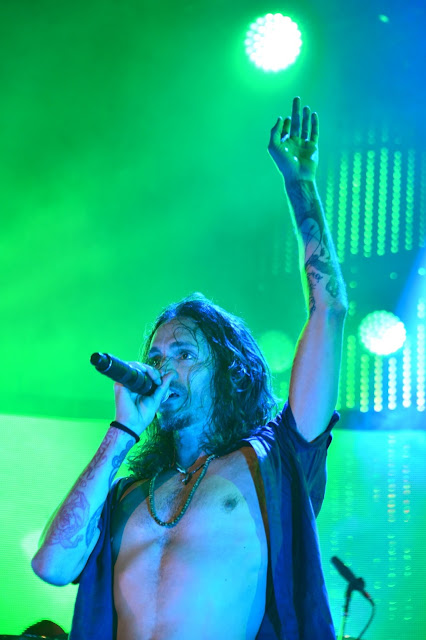 Incubus is great. Thank you so much to Brandon Boyd for the swell evening!

*PS - shout out to the parking lot guy across from The Forum. He helped get us out of stacked parking with like a 400 point turn. And spits raunchy lyrics on the cd he gave us.