A Grease Sing-Along At Venice High

Each time a new visitor comes to Venice, we always like to tell them that Grease was filmed at Venice High when we drive by that school. That film was beloved by so many of us (so was Grease 2, maybe even more so ...), so when I read that Venice (aka Rydell!) High was hosting a sing-along screening of the movie on the football field where it was shot last Saturday, we were in.

It was a full carnival atmosphere, with students selling raffle tickets, and the Alumni Association folks were manning the multiple concession stands (with a bbq grill right there on the field!), selling everything from homemade taco specialties to burgers, cotton candy, and popcorn for the viewing. There were pie-eating contests, and that kind of thing, making us kind of nostalgic for all the stuff you got into during school. There was even Gunther the Gondolier was strolling around taking pictures with all the little kids. 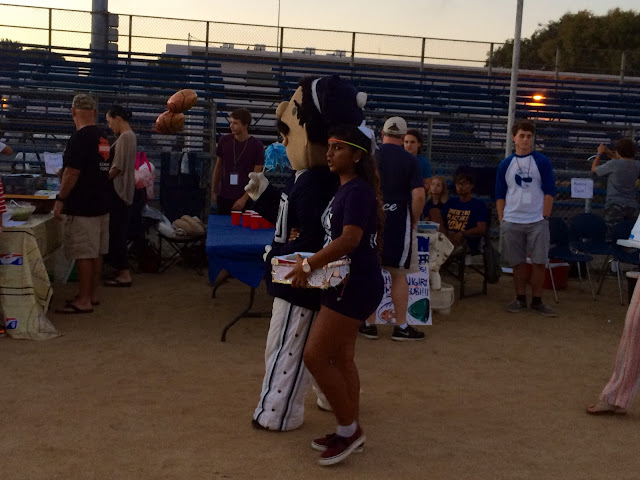 Little kids who had never seen Grease before! So that was fun, singing all the goofy Grease songs at the top of our lungs, as the kids looked at us like we were nuts. People were all in a great mood, and no one seemed to mind when our kid posse got distracted and ran in circles and threw balls all over. As kids do.

There were Pink Ladies and T-Bird greasers in the house, and I even spotted a few poodle skirts in the mix. The sun went down, the big screen lit up and we all broke into song together as the gigantic almost-Supermoon rose up above us. 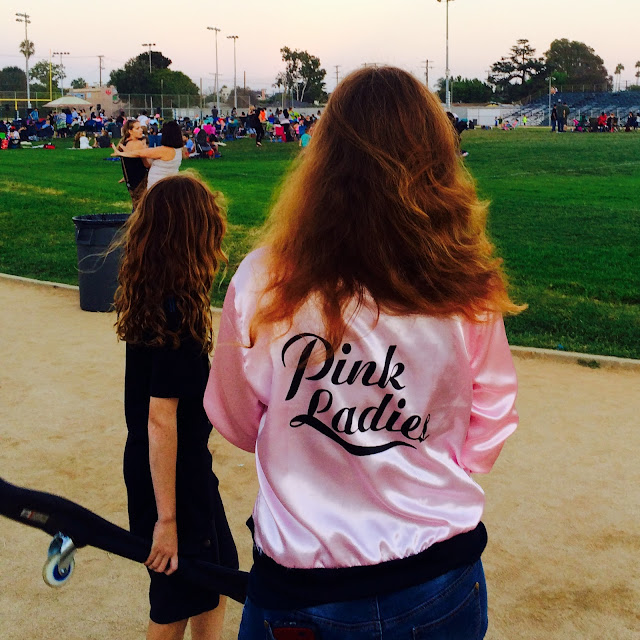 Grease is classic. I saw it so many times back in the day, but I'll echo an Alumni woman I met in the bathroom who said, "This is the best time ever!" as it quickly became my favorite time I've seen it. If you haven't yet been to this landmark film location, be sure to get there for the fun next year. 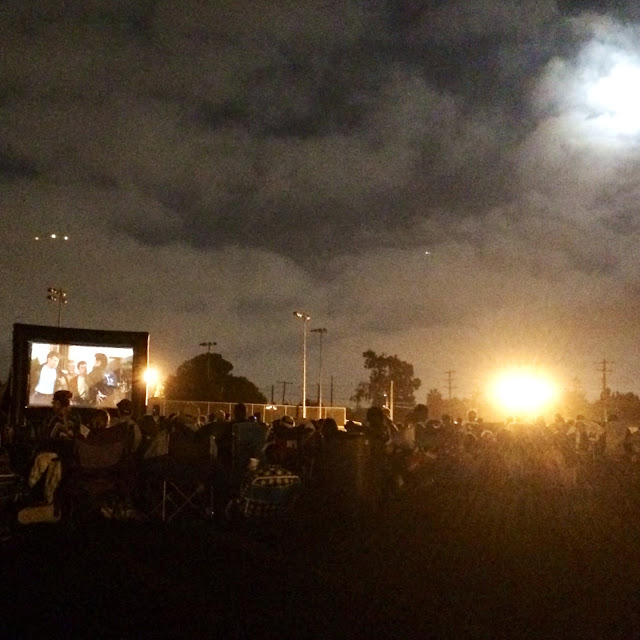 Thank you to Venice High for hosting such a fun event, and for the reminder that Grease is indeed the word.