Abbot Kinney was way ahead of his time in many ways, but probably the best was in his advocacy for his longtime chauffeur and assistant, Irving Tabor. Kinney willed his house to Tabor after his death, but the house was located on Grand Canal, and African-Americans (which Tabor was) were not permitted to live there in that backward time in the early 1900's. 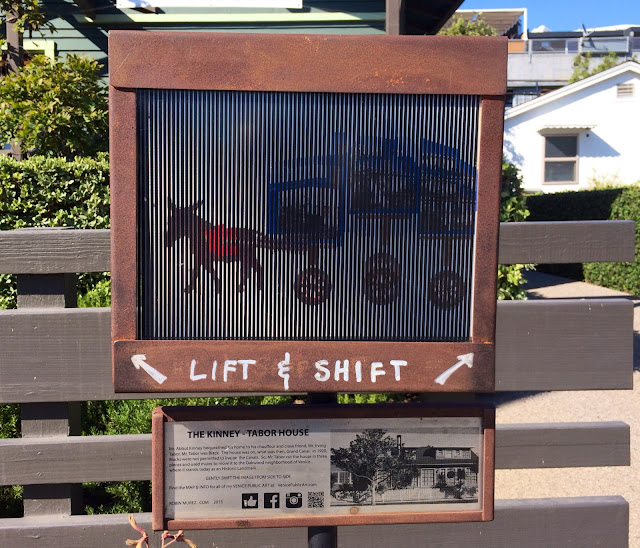 Well, Tabor had that house split into three parts, hooked them up to donkey carts, and moved them to the Oakwood neighborhood, where it was all cool. It still stands at 6th and Santa Cruz, now as a Historical Cultural Monument - which in my staunch opinion, ALL of Venice should be preserved as. Think about it. 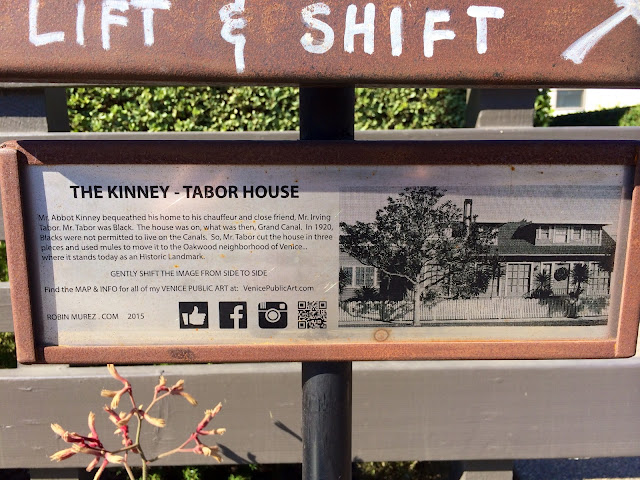 This generosity and determination exemplified Kinney, and his unique, forward thinking vision. I hate to think how he'd feel about unarmed black men being shot by Police in the town he founded. Or homeless men being shot and killed by hotel owners (or their minions). Kinney knew even way back then that we could for sure do better.

Thank you to Robin Murez and Venice Public Art for this whimsical but necessary reminder on Abbot Kinney's Boulevard of Venice's past, and how we may live up to it.