The Cali Locos took the fun to Manhattan Beach last Saturday night, and it was definitely one worth heading to the South Bay for (which I don't say all that often). A nice Venice contingent represented, as we got to have the first Cali Locos show last Summer. The Somos Locos show took place at the Manhattan Beach Art Center, and was an all day affair for M.B. people. 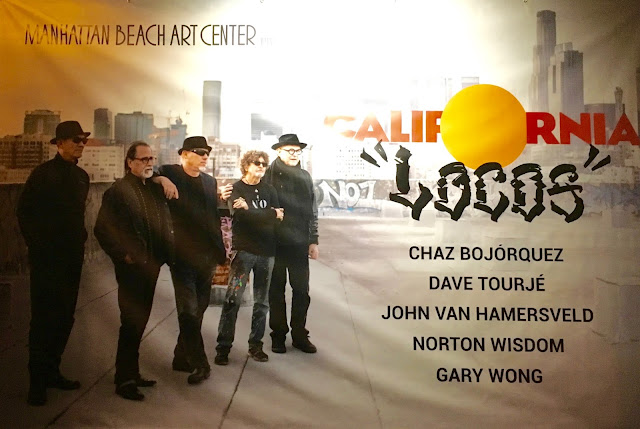 They dedicated a new skatepark, they had a book signing of a new hard cover Cali Locos book (California Locos -from Coagula Curatorial), and then they had the one night only art opening in the evening, with live music and a bunch of good food and drinks. 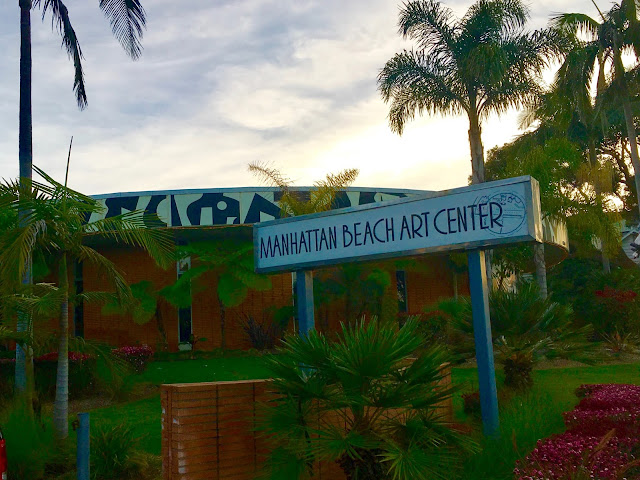 It was a beautiful night outside, and art patrons enjoyed an indoor-outdoor party the whole time. The Cali Locos were all present, and basking in the congratulations of all of their friends and fans. 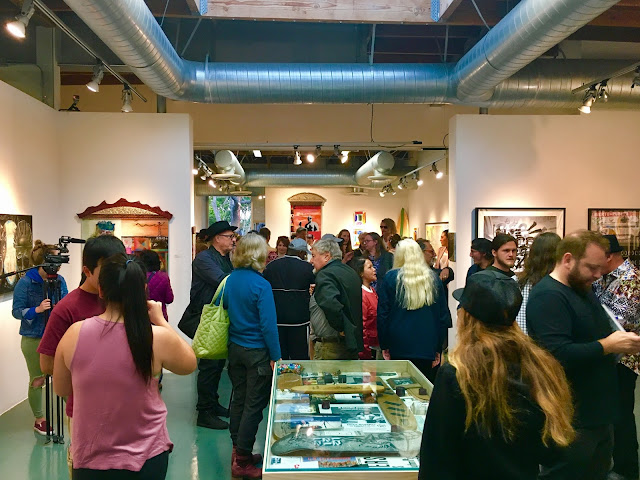 There was a new Dusters California skateboard released for the event, and they were displayed prominently in the center of the gallery. And everyone wanted one. 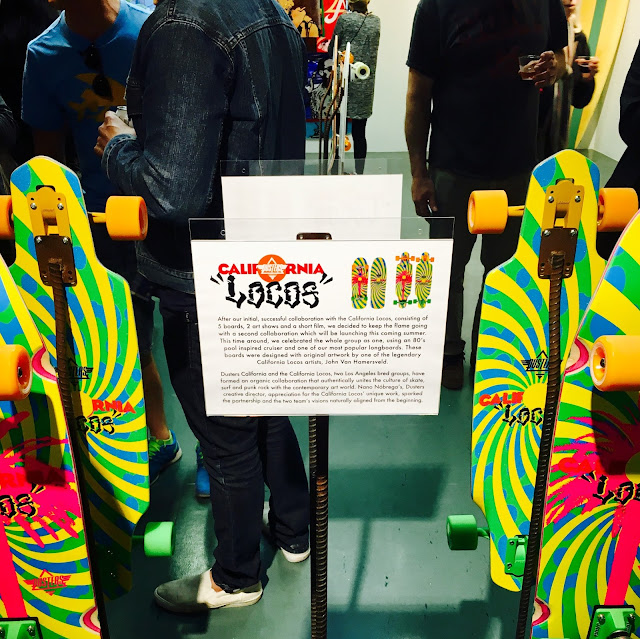 My brother, Paul, installed the art for the last two Locos shows, so he's pretty much an honorary Loco now, and was warmly greeted at every turn, especially by Locos ringleader, Dave Tourjé. 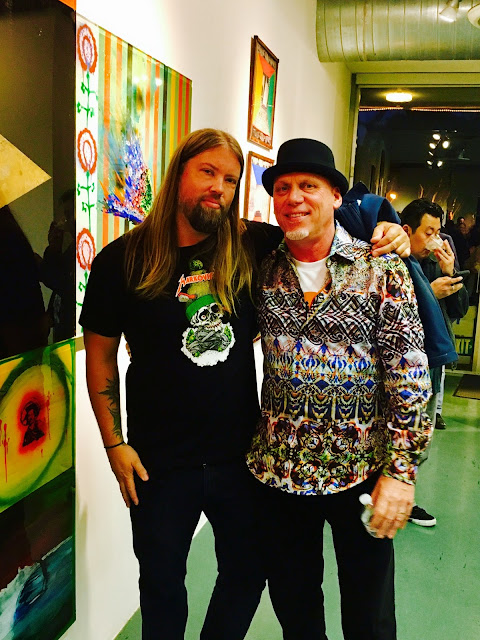 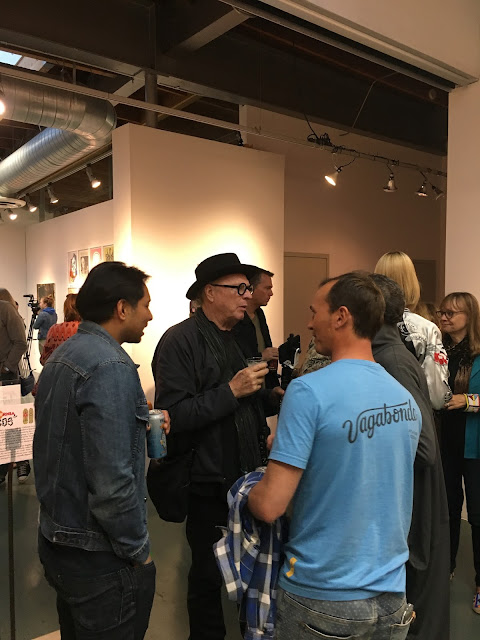 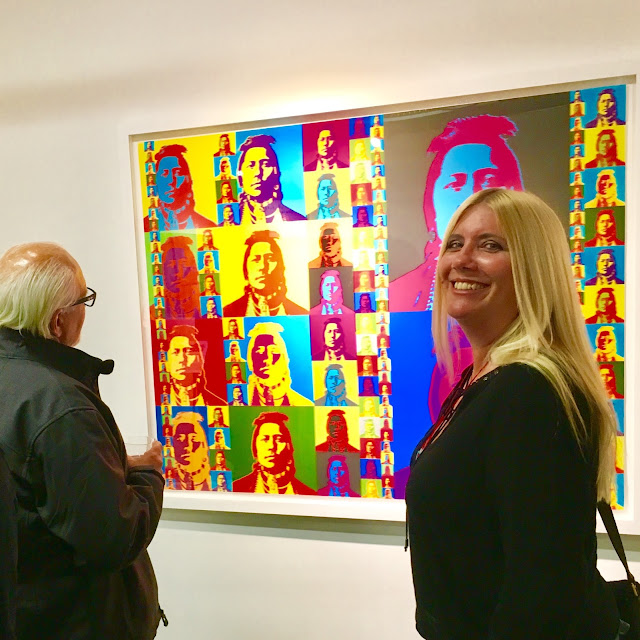 Gary Wong and Chaz Bojórquez were also there mingling and catching up with folks, while Norton Wisdom also made the rounds discussing his work. All had new pieces in this show, one better than the next. This group makes it tough for collectors, because it really is so hard to choose one that you like best. 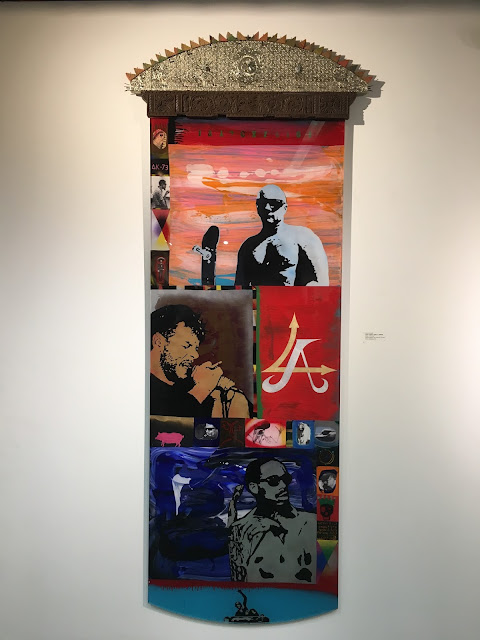 Each of the Locos' styles is so different, but they compliment each other so well. Each piece in the show appealed to a different part of me, and I really had a hard time coming up with a favorite. I guess the best answer would be to aspire to own one (at least) of each! 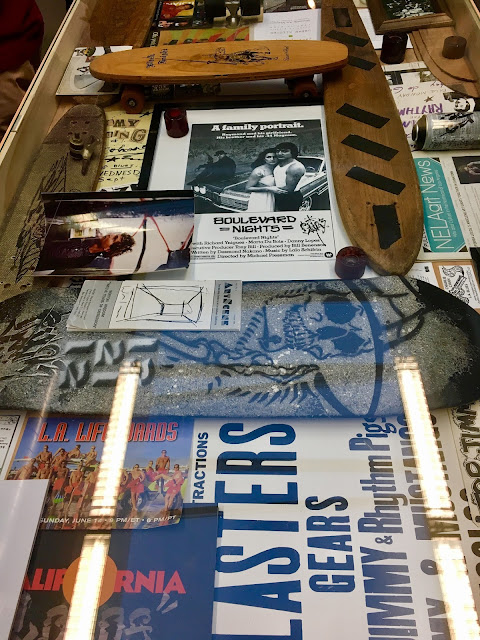 Outside on the patio there was live music by a young lady on a ukulele (reminding me that I want lessons), and a bar set up with wines from Rebel Coast Winery that were really good. And so was the owner/bartender Doug, who gave us stickers that said "Don't Be A Dick". Right on. 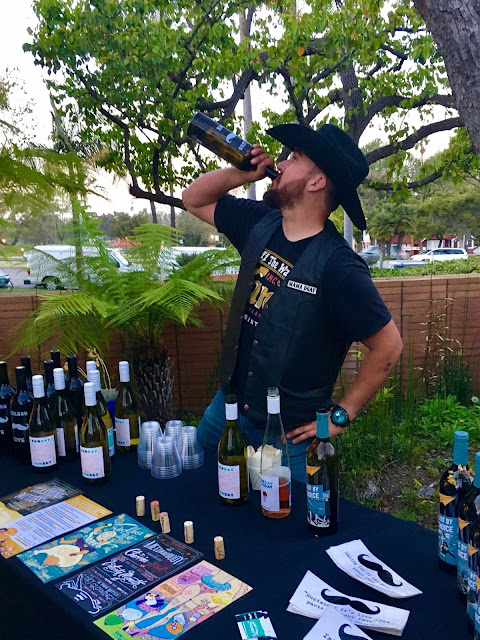 Waiters were circling the place with trays of good stuff, like Chinese chicken salad in their own little containers, and doughnut kabobs. Yes, doughnut kabobs. My brother and Jeff Ho got down on that. 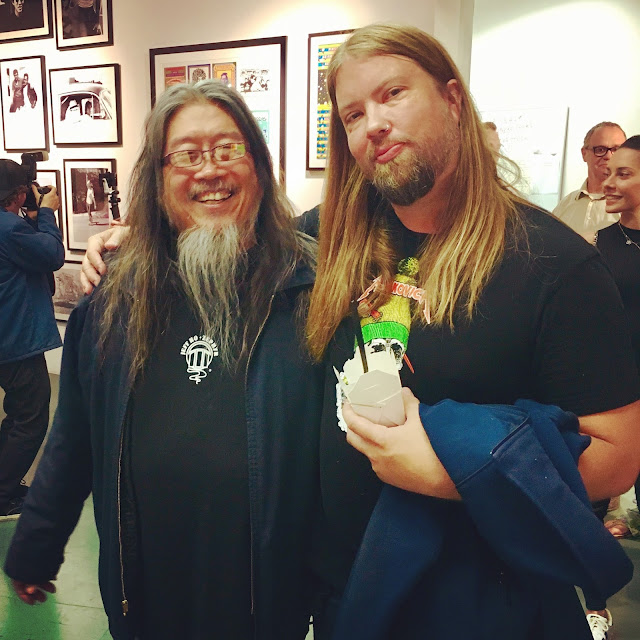 Juice Dan was there documenting it all for Juice Magazine, and comparing jackets with Paul ... 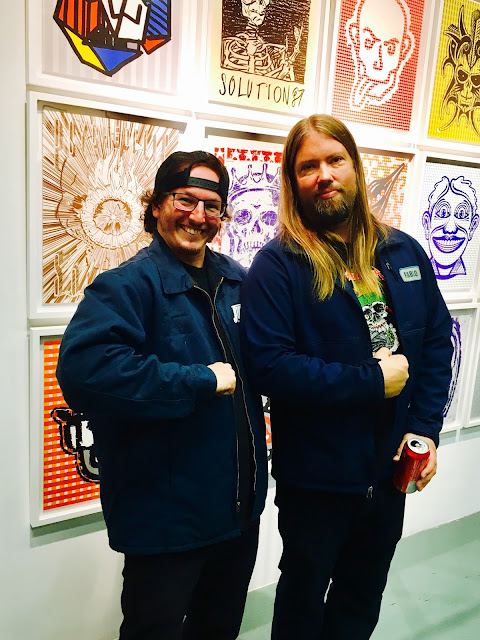 While Juice's Terri Craft  got us all caught up on the latest skateboard shenanigans. What a treasure Terri, Dan and Juice are to this skate and surf community. It cannot be overstated or mentioned often enough. Love them. 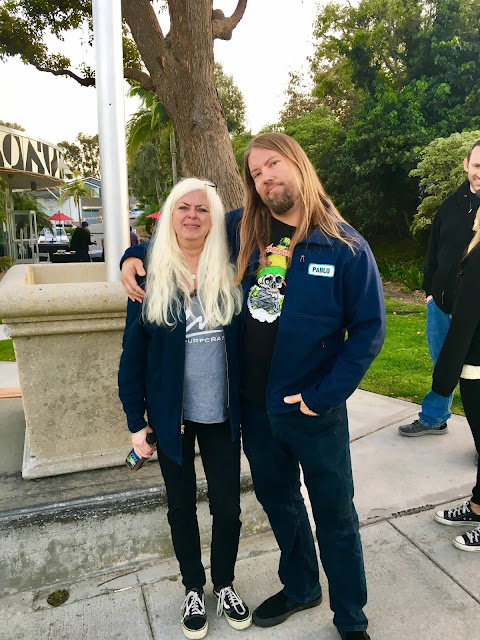 There's really nothing better than a good party in the name of art and creativity. Saturday night's Cali Locos shindig was one of the best. You want to make sure you get out to see anything this groovy art collective ever comes up with ... it's always something to remember. As is their philosophy, "Somos Locos". We are crazy ... about LIFE.