Ed Moses At 90 - A Celebration At William Turner Gallery

If you're from Venice and you care at all about art, most likely you were at the opening of Moses@90, the survey exhibition at Bergamot's William Turner Gallery of the entire career of Ed Moses. Everyone was there. There were so many old school Venice folks that it almost felt like the last night of the old Hal's again (where Moses always had the big wall reserved for his work), just with lesser wine. 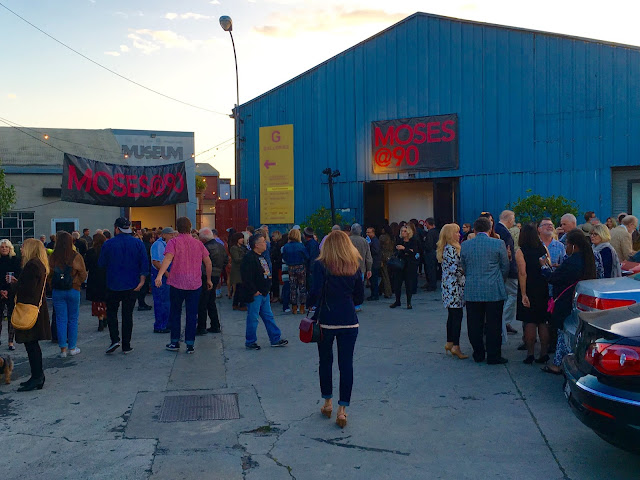 The parking lot was packed with overflow guests, and it took a while of chatting before we could even make it inside the first building. 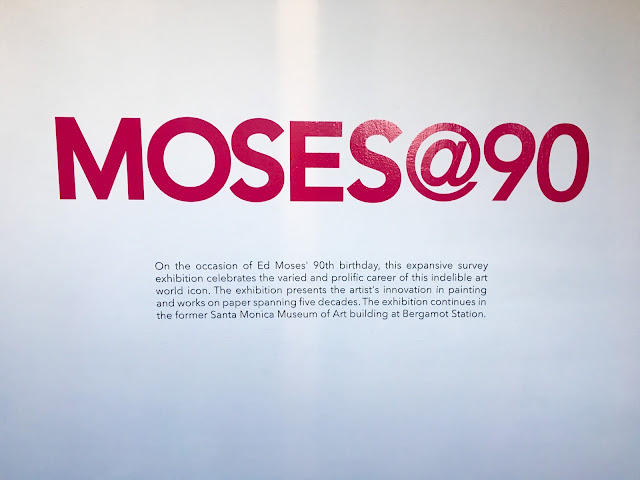 It was extra festive, with everyone seemingly thrilled both to be there to honor such an impressive body of work, but also to see each other. Stories were swapped about openings past, and just about everyone had at least a few Moses anecdotes or quotes to share. 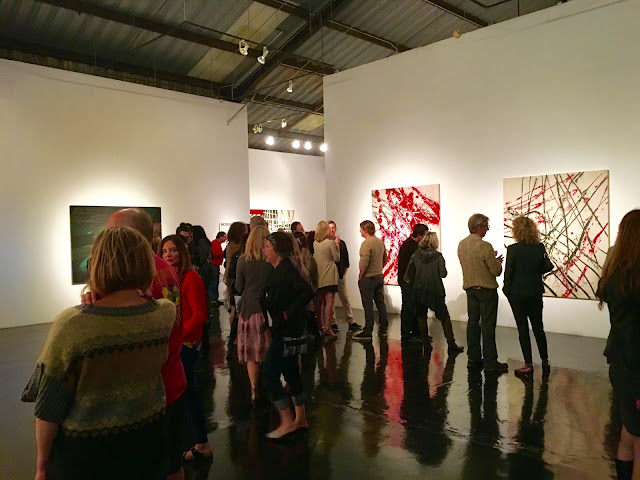 The sad part was that Moses himself was not in attendance to see this whole thing ... the massive turnout of old friends and fans that adore him ... the work being oohed, aahed, and photographed over ... the pretty ladies done up for a night out, all primed to flirt with ... but I was told he was not feeling well enough to be there. That's a shame, because the evening was truly all about Moses, from the art to the conversation. 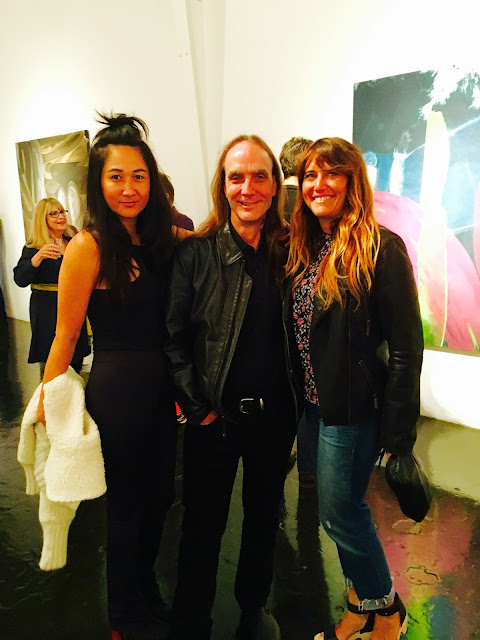 His presence loomed large, however, with each significant phase of Moses' five decades of painting on display. It's rare to see so many different periods in an artist's career all shown at once, yet this show has it all. 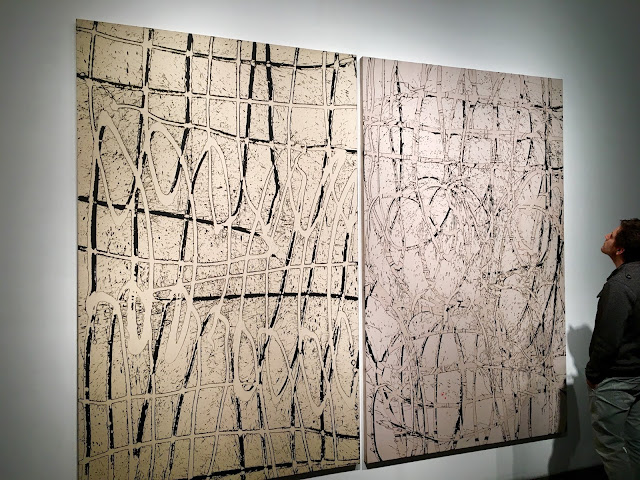 There is so much work to see that the event occupies two separate venues on the Bergamot campus, both the William Turner Gallery and the former Santa Monica Museum of Art building, which is even bigger. 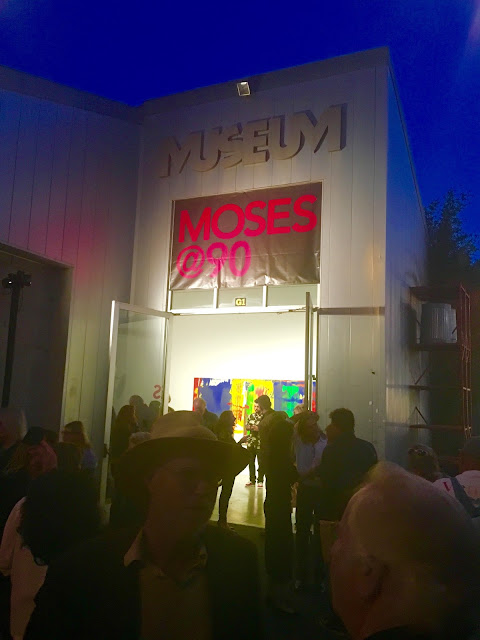 There were the big stark primary color paintings taking up one entire wall ... 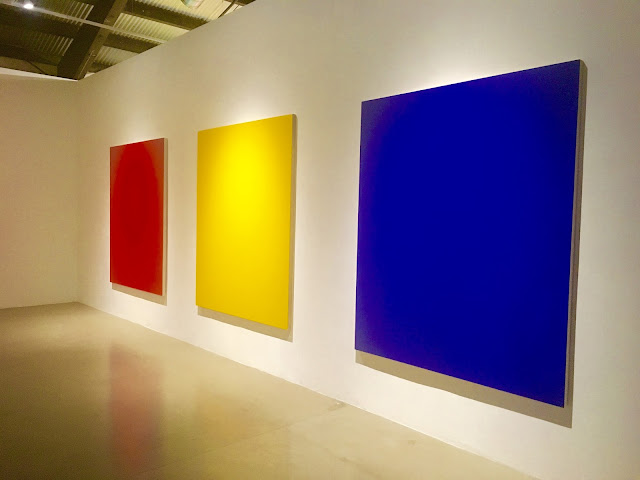 There was a plaid looking period ... 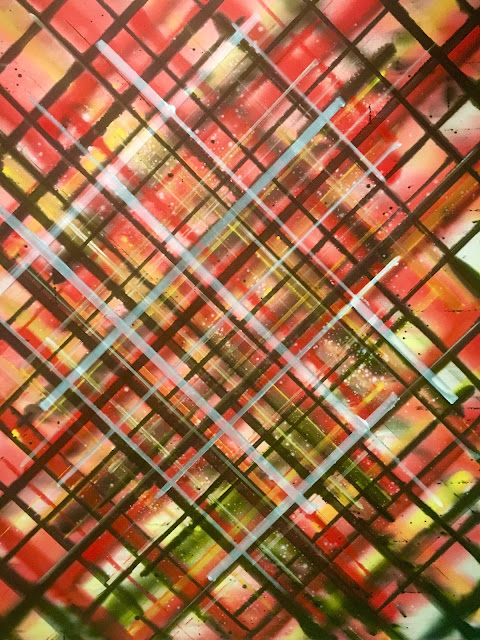 There was a series of work that even left the brushes used by Moses still attached. Next to spiders. 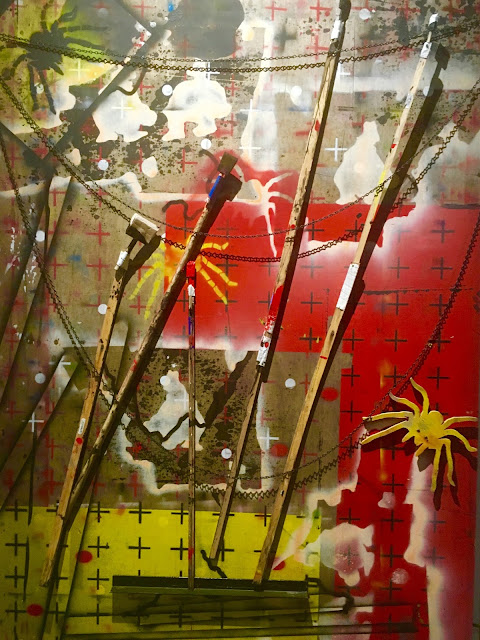 This was a show that I'll probably want to revisit while it's on, as there were so many friends to catch up with that the work didn't really get its proper attention from me. Not that I really could have given it, so densely packed in was the crowd that it was seldom easy to get right up there and absorb it, even if I had been able to stop talking. 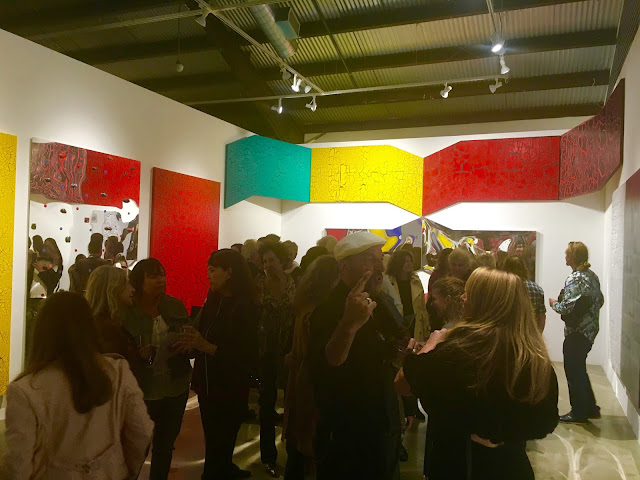 One thing I always notice at events like this is how art truly does bring people together. Yes, to come out and look at a local legend's vast array of important work and have fun together, but you also see and hear people making plans, making friendships, and forging relationships with others that just found out they had something in common in other areas of life because they were looking at the same art. You know what I mean? I saw business cards and numbers being exchanged all evening long, and it encouraged me. That the people and the scene still matter, to the world and to each other. Art unites. 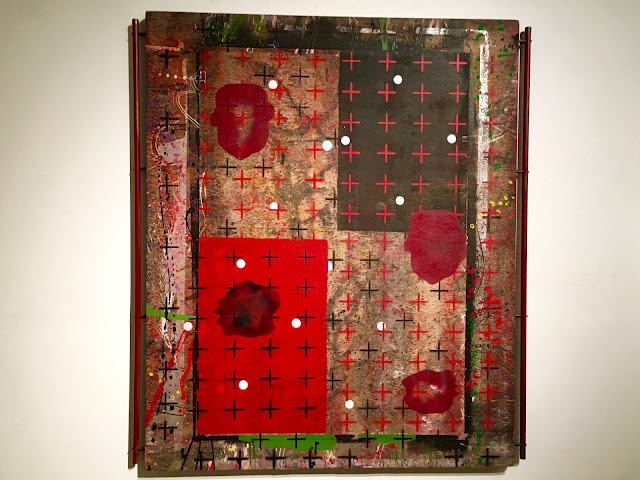 Thus, Moses is a uniter, which goes along with his status as a Shaman in the art world. It is a guise that fits him well, as he self-describes there on the wall. 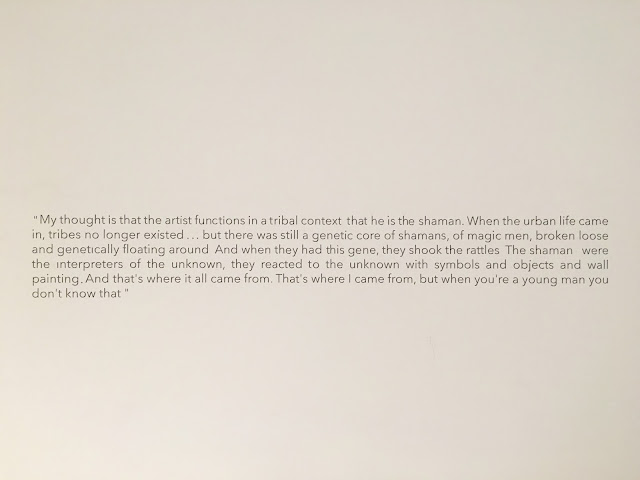 The colors are something I've always loved about Moses' work, never afraid to be bold, or to sparkle, to provoke or to force self-examination, as some of his warped mirrored pieces insist. 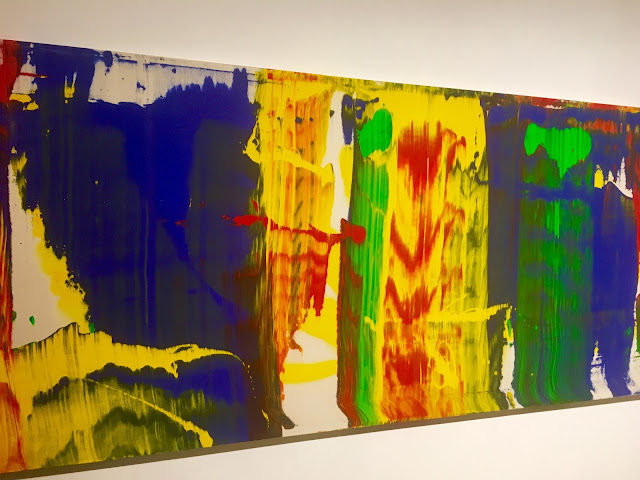 I miss seeing the work of Ed Moses on the regular at Hal's as much as I missed the turkey burger, I realized while walking the halls of this show. It was a comfort to see one of his giant wall pieces there as we sat together and enjoyed our Venice. Moses is another one of ours ... he lives and works here in Venice, and was one of the original pioneers of making it a haven for artists and just making it straight up cool. I felt this cool as I soaked it all in, and knew that those around me felt it and knew it too. 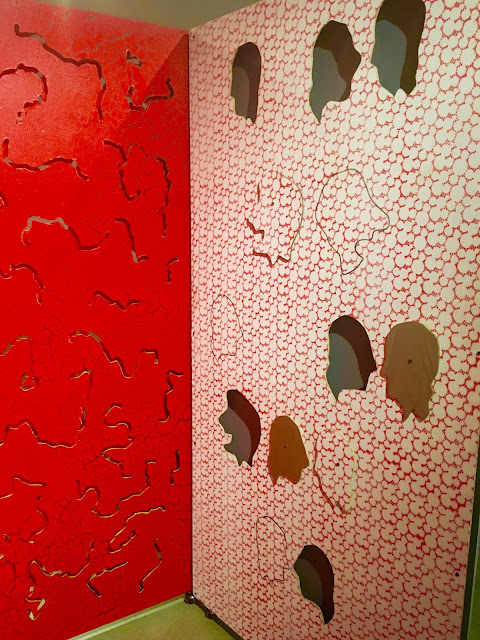 That is a life real well lived, when you're still creating your work at 90, everyone is still awaiting it, and you get to revel in the celebration of it all in your lifetime. I hope Moses well knows how great of a time was had by all in his name. Cheers to you, Sir, and Happy 90!