A brand new mural was completed this week on the wall that surrounds The Brig parking lot, and it's a good one. Muralist Eric Junker (who has twice created the Abbot Kinney Festival logo) painted this 70 foot piece, titled Grizzly Bears Once Walked On Venice Beach, which is true. Grizzlies used to catch their salmon in Ballona Creek long before developers decided to build up all over the beautiful nature. It's good to know our history ... it goes a long way toward protecting it. 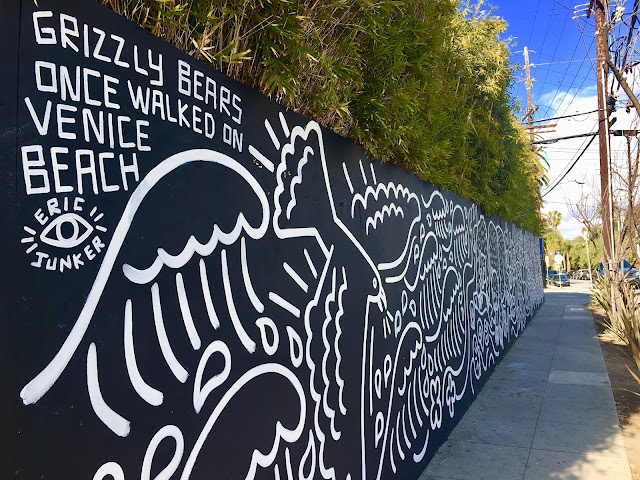 Junker and Brig building owner, David Paris, invited kids from SPY (Safe Place For Youth) to come over and help him paint, as he teaches mural classes at the very important facility on Lincoln Boulevard helping our homeless and at-risk young people of the community. Art heals. 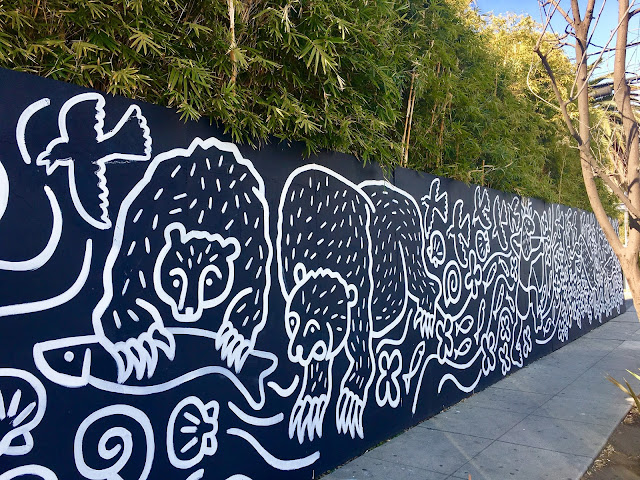 I love this mural, with its bears and native Tongva hunters wearing deer hats. It adds so much more to the neighborhood than the movie posters and ads that had previously taken over those walls. It's beautiful, it tells a story, and reminds us of what Venice was like long before there were any skaters or shoppers or posers on this boulevard. Well done to everyone involved!