Yesterday was a complete delight here in Venice. I ran into all sorts of old friends all day long, and ran into beautiful surprises as well. It was all kind of magic, like when my old friend, Pete, called and said, "I'm at the basketball courts", and I just happened to be walking by the basketball courts at that very moment. I left them and headed down the Boardwalk toward Hinano's on a burger mission, but had a few moments to kill before my friend would arrive. I took the opportunity to stroll out on the Venice pier, and there on the sand below, two guys were creating a spectacular mandala on the beach. 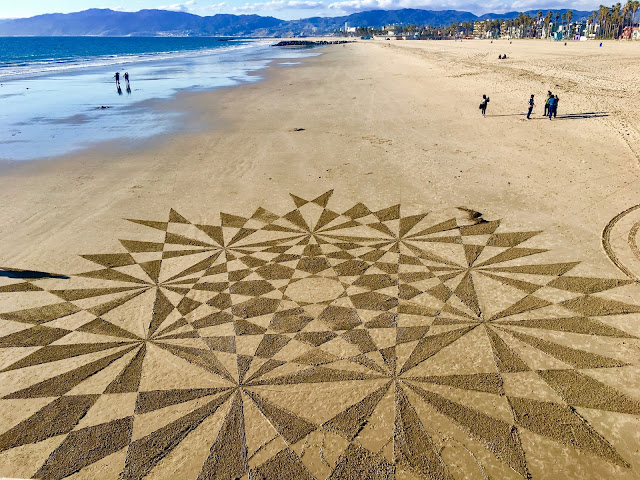 The Virgo full moon would rise soon, and Andreas Hoenigschmid - known as "The Geobender" - and his assistant for the day, Vikram Vasan, were out there on the sand, just two dudes and their rakes, creating something of beauty, in a lovely reminder to appreciate the moment. 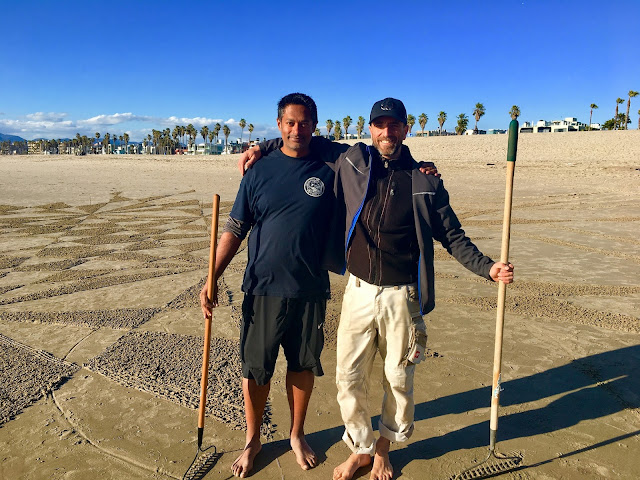 It was rather cosmic as I had just been talking to Gary Palmer about sacred geometry, and meditation, and numbers, and his chalk art that washes away, and here was a living example of that exact conversation, like an hour later. It felt special - especially as it was the day after I saw the green flash at sunset! 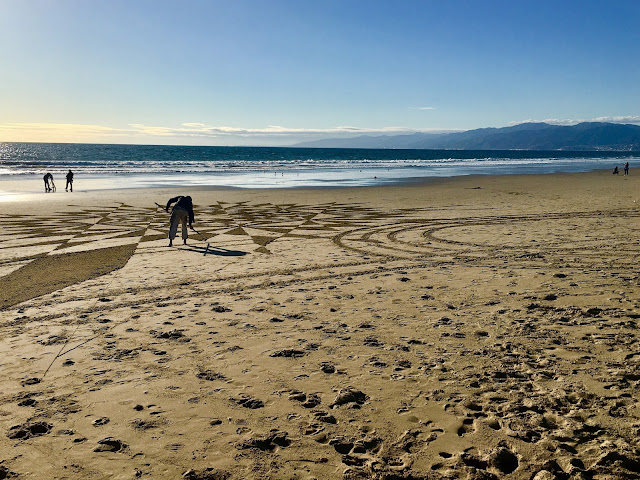 To make things even better, I went over to Hinano's after chatting with the guys a while (but not wanting to keep them from their work, as light was waning and the full moon was rising), sat down and ordered a freezing cold Red Stripe to enjoy while I reflected and waited for my friend. A few minutes later, Kelly Slater (only the all time greatest surfing champion in the world, for those who might not know) walks on by. The coolest.

I was telling everyone I could to get out there and look at this amazing art on the beach, and I think it made everyone's day. By the time we had our burgers and beers, and then some more friends and fun at Mercede's Grille, the mandala was already being washed away. 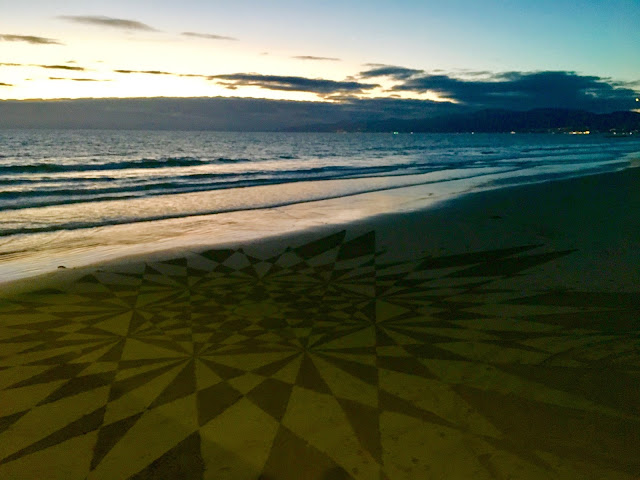 Hoenigschmid told me that he's out there every full and new moon, as nature creates a new low tide canvas twice a month. All are welcome to join, or simply behold the magic as it is being created in front of your eyes ... and then it all disappears. What a metaphor for living your life! 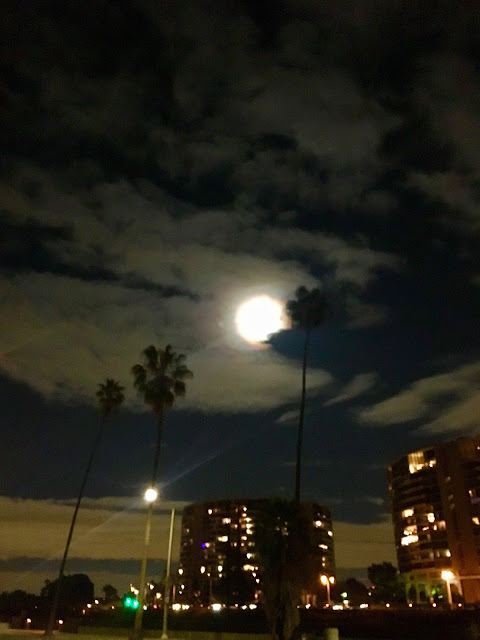 The moon was fully full on my way back, and there was a mystical, orangey corona crowning this Virgo in her glory. It was hard to look away. I hope you got to see it, and I hope you are able to find some magic of your own today. It's raining now, and one could feel low and bluesy, but I'm thinking about the surprises in life that make it awesome, and those thoughts sustain you until the sun shines again.

Happy Weekend, Friends. Make it a good one.