Sorry, Adidas. You Do NOT Define Venice.

It's true. The old Hal's space is going to be an Adidas store. ADIDAS! In a town where we never had chain stores, they now think they are going to DEFINE Venice. Oh, really? How completely offensive to everyone who ever made Venice what is is. The REAL definers of this Community. I'm livid. 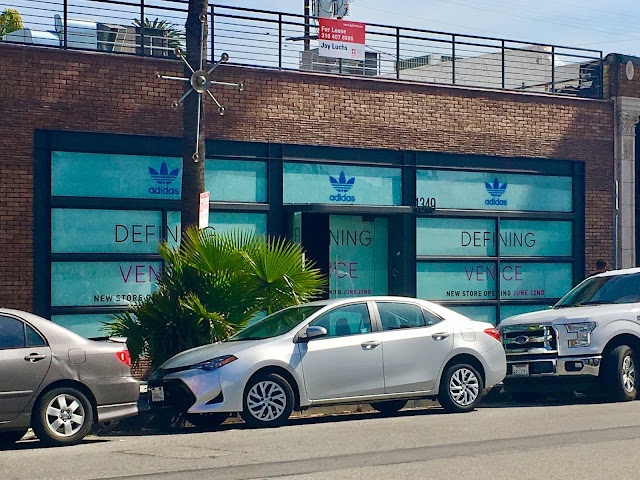 Adidas, I have a suggestion for you. The first thing you should do is fire whatever marketing exec came up with this campaign, along with everyone who agreed to it. They clearly did no homework on the Community they're about to enter, or they'd know we would not take kindly to some chain claiming they define the legend that is Venice. A massive Germany-based global corporation is going to move on to Abbot Kinney Boulevard, and think that they are suddenly going to be "Defining Venice"?! Yeah. Right. This is as bad as the Kendall Jenner Pepsi ad.

Venice has never been defined by any one thing, but it certainly wouldn't ever be a chain shoe store. It is defined by the artists, the skaters, the surfers, the gangsters, the beach bums, the regular bums, the free spirits, the hippies, the innovators, the edgy ones, the bikers, the teachers, the mom and pop stores, the laid back attitude ... the FREEDOM. How DARE some international conglomerate have the audacity to think they're going to come into a storied, historic place like Venice and DEFINE it. I could puke right on their doorstep. And probably will. That's as close as I'll ever get to stepping inside, unless I see someone I know in there and have to go drag them out by their ear in a big scene. *You've been warned. 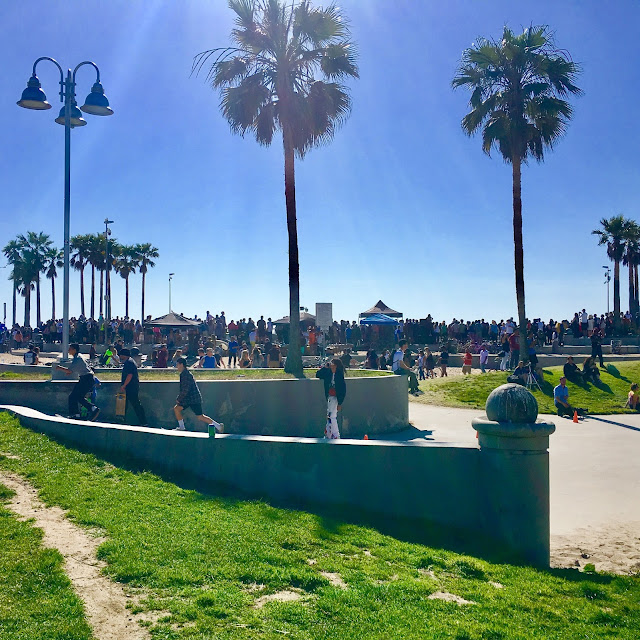 I was ranting about it at the French Market after seeing this outrage of a window sign, and some affected girl behind me in line said, "Venice is all just Snapchat now anyway." No, it goddamn isn't, young lady. Go to an art opening. Go to a house party. Go to a non-chain store. Go to a town council meeting. Go to a school event. Go to the dog park. Go to the actual sand on the beach. Go to Hinano's. There you will find people that not only aren't Snapchat, but LOATHE Snapchat, and their ilk. I suggest you branch out. Learn your history. Have some respect.

I was walking home from a friend's last night and heard a group of Millenials sitting in the street talking about their NDA's (Non-Disclosure Agreements), and how they were so important they couldn't even talk to each other about their lame stuff. I have a feeling it was Tech stuff. Blech stuff. (I'm a known Luddite). I was so disgusted to think that this gentrification cancer has spread so much that youngsters think that his garbage IS Venice. It simply isn't, and those lame asses won't last here. Watch. 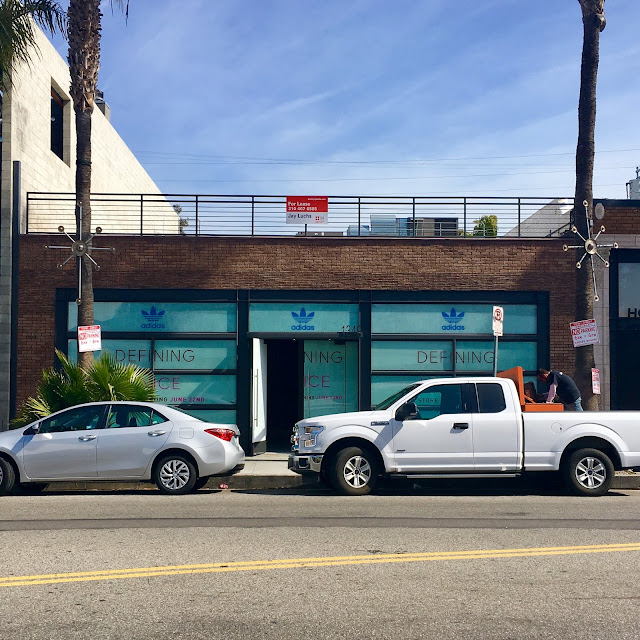 And I suspect neither will Adidas. No one comes to Venice, California to go to chain stores they have at their own mall in every city. They come for the unexpected. The weird. The "Freaks". The Art. The beach. The Boardwalk. The Skatepark. The Surf. The bike path. The beach. Not some store that the only thought I've ever had about them is that we used to think it stood for "All Day I Dream About Sex" as kids, and think that was racy. I certainly never thought they'd be so dumb as to come into Venice and have the utter nerve to think they can in any way "Define" this classic beach town. They're practically begging for vandalism (which I don't condone, of course, but would surely understand). The fact that all the good times we had inside that building when it was Hal's will now be taken over by corporate drones fitting people into overpriced sneakers makes me physically ill. WHO thought this could ever be a good idea? They were seriously misguided. 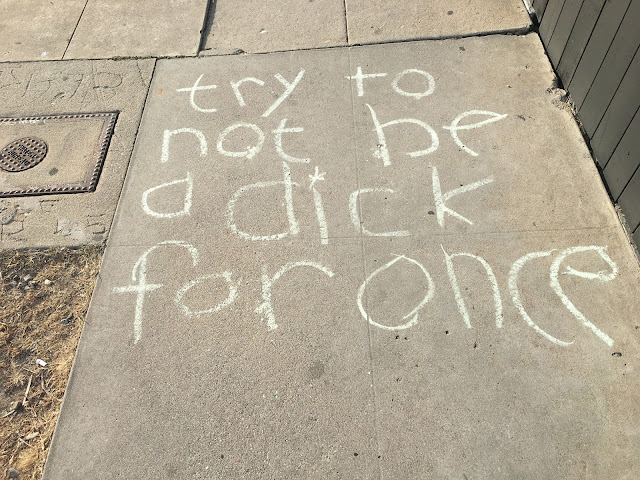 Just past the self-important Millenial jokers in the street, I saw this sidewalk chalk missive on Hampton Drive. "Try to not be a dick for once". I have a feeling it was meant for a specific someone, but it can sure apply to everyone doing their best to bury the Venice we know and love. Knock it off. Stop being dicks. For ONCE.

The Adidas boycott starts now. Not that we ever wore them anyway. This is a Vans town.