A Prince Memorial Party In The Canals

Last Friday was the one year anniversary of the death of our beloved Prince. Minneapolis people feel the loss harder than anyone, and those of us who live in California feel extra homesick when we see all of our hometown people gathering to celebrate the life of the once in a lifetime musical genius that was Prince. So we have our own gatherings. 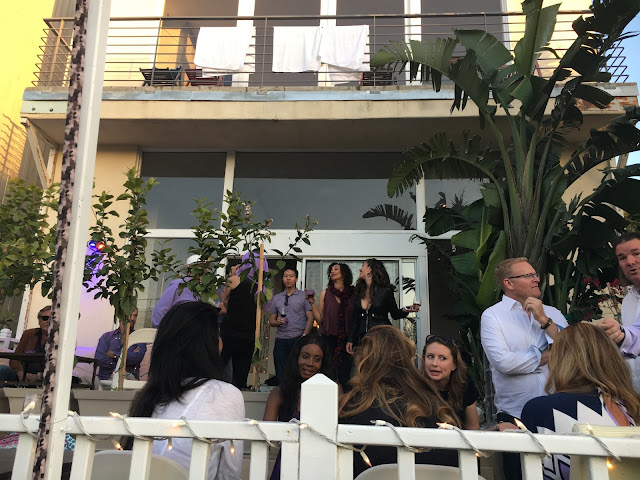 This year the tribute party was held at the home of our friends, Danielle and Rick, who live in the Venice Canals. Danielle went to my same high school (Go Richfield Spartans!) but we met right here in Venice at the beach. That was a happy day, especially because Danielle feels the same way that I do about Prince. 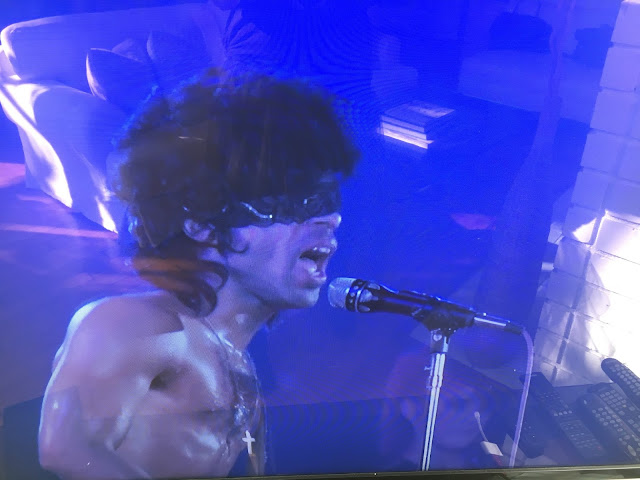 We had to school her Aussie husband Rick a bit about him, but now he totally gets it. Has the shirt. 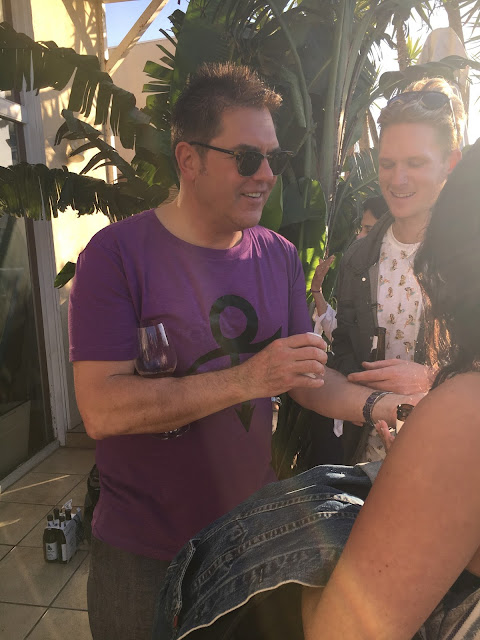 Last year we sat on her couch sobbing and watching the hometown news together in total disbelief. This year, we're still sad, but it was more of a party. And Danielle finally got her wish to dress up like Apollonia. 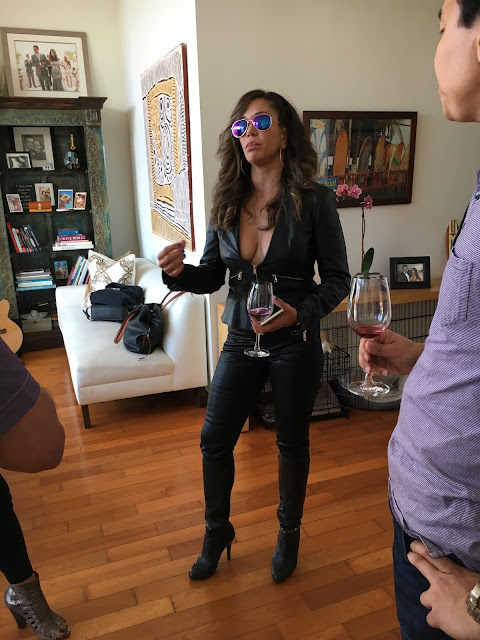 Everyone got the memo and was either in purple or something Prince related. 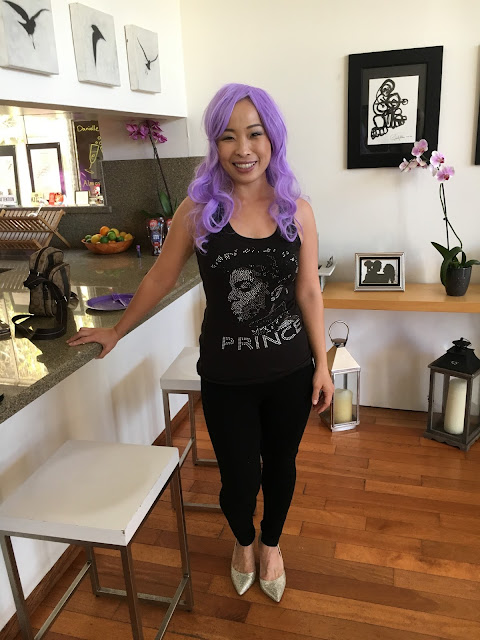 I wore the shirt I got at last fall's Prince Tribute show in St. Paul, that gave me my hometown collective mourning moment that I needed. Even Danielle's little puppy Lexi was in her Prince shirt. Feeling it. 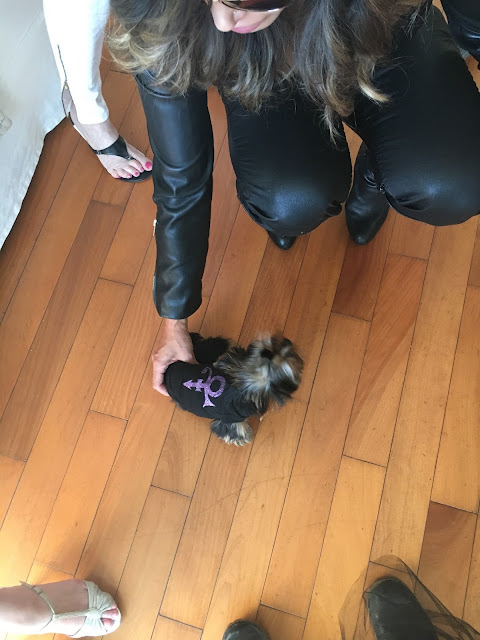 The soundtrack was all Prince, of course. At one point, Danielle got our attention and asked for a moment of silence while we listened to "Purple Rain" - the signature number that always gets you crying again. 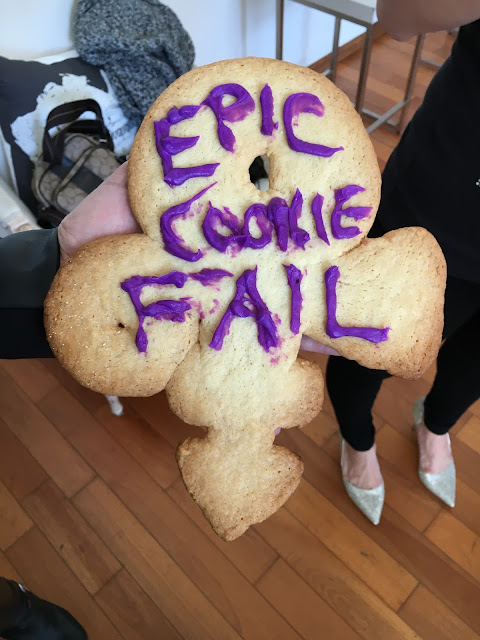 When the opening notes began, we turned around and Rick had rigged up a thing with pvc pipe and a drill and a hose and all of a sudden we had a sheet of purple rain across the entire front of the patio! It was awesome. 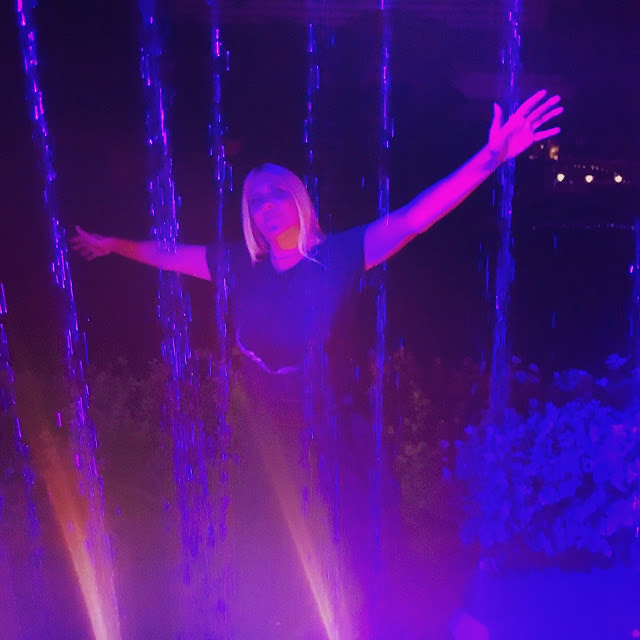 Neighbors would row past in the canals and take pictures, and at one point the sound from Danielle's speaker went out and we could hear "Purple Rain" playing from other houses around the canals! The familiar chords rang out across the water, and it felt like the entire world was sharing our memories of this legendary entertainer from our hometown of Minneapolis. It was special, and made us feel a little bit closer. 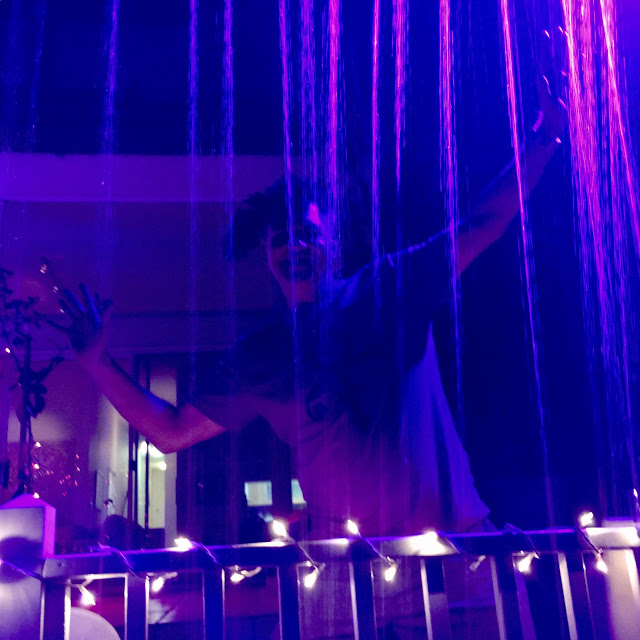 We sang and shared Prince stories late into the night (sorry canal neighbors!), and everyone vowed that it must be an annual event each April 21st. This way, we'll keep the music of Prince alive forever. And one of these years I'll be back at First Avenue dancing with everyone there all night long. Let's Go Crazy! 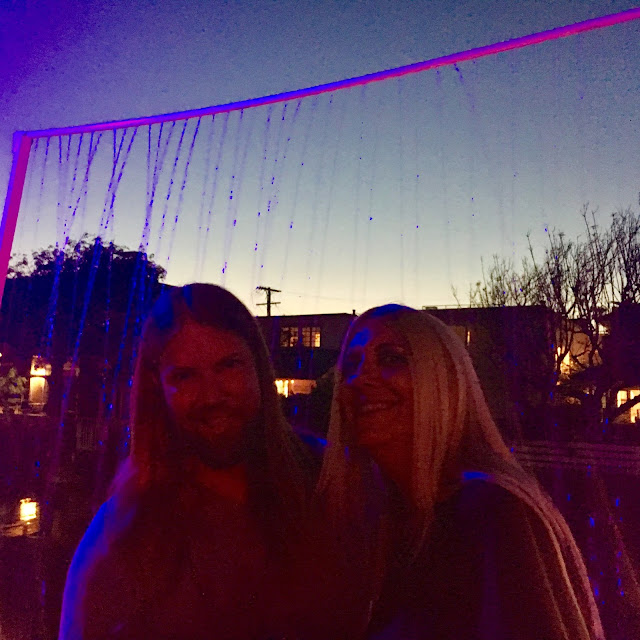 It's really still hard to believe. Thanks to Danielle and Rick for a great party, and to everyone playing the music for making it easier.