Made In Venice - In Theaters Now!

The theatrical premiere of the wonderful documentary Made In Venice was held last night at the (newly refurbished and slick) Laemmle in Santa Monica, and it was awesome. The audience was almost entirely Venetian and friends, as evidenced by the hoots and hollers throughout the film. Made In Venice tells the story of the struggle to get the Venice Skatepark built, and the history of modern skateboarding where it was invented. 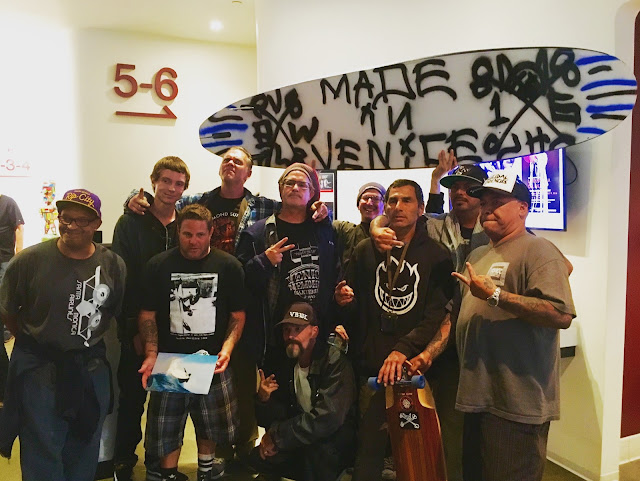 When the Skatepark finally opened in October of 2009, it was a massive accomplishment, and a huge celebration ... but the struggle to keep it a world class venue continues. The maintenance and upkeep of the Park is handled almost entirely by Dogtown legend, Jesse Martinez, who with his band of friends has kept the park clean every single day since it opened. For free. With no help from the City of Los Angeles, that does nothing but benefit from the tourism this excellent facility brings. It's downright criminal, and now, even worse than I thought.

I'd already seen the film at a cast and crew screening last month, and it's just downright great. The fight to get the Park built is extra moving, and there are laugh out loud moments throughout as you get to know all the people that made this dream come true. There was a Q &A after the film, with the ever-reluctant to be in the spotlight Martinez. You see how hard he works in the film - every day - and then we find out after the film that Martinez could now be arrested for doing all of the hard work that he isn't paid for, because the Venice Skate Foundation has lost their "Right Of Entry" permit, which gives them the legal right to be there. Yes, even though Martinez performs the unbelievably hard work of keeping the Skatepark clean, the City of L.A. continues to give him harder obstacles than any he could ever skateboard on. It's not right. 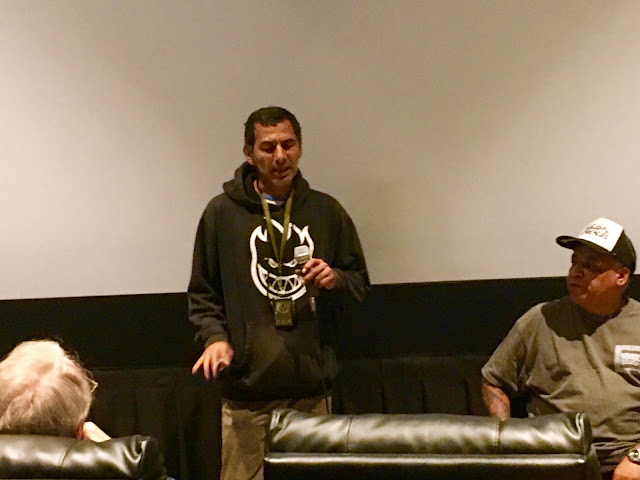 As it stands now, Martinez is keeping it clean every morning anyway. He's no longer that interested in a job from the City, he just wants his ROE back so he can do his (unpaid) job without the hassle. Councilman Mike Bonin is no Bill Rosendahl when it comes to the Skatepark, as Martinez explained that his calls routinely go unanswered for weeks, if they're returned at all. If it were left up to the City, it would take a month to get a tag removed by the one guy servicing all the parks in all of Los Angeles, and up to a YEAR to get a tile replaced. Martinez and Company are not having that, and as a young lady says to open the film, "There's a lot of places that people don't fight for what they believe in - we don't stand for that here." So, they take matters into their own hands. As usual.

There was a righteous indignation that you could feel from everyone in the audience. Like, this is wrong and what are WE going to do about it?! "Venice has a way of somehow providing," said Martinez when asked what we could do for him. He said he'll continue cleaning the Skatepark for another 8 years or so (!), and then it's time for the kids of the neighborhood to take over. As they should. The City needs to realize that this gem that attracts people from around the world should be handled and kept up by the very people that made it happen, who know what's best for it. Until then, we can donate via the donation button on the Made In Venice movie page. We can purchase merchandise (cool shirts and hats!) of which all proceeds go to Martinez. We can keep talking about it, and demanding better for our incredible Venice Skatepark and the equally incredible people that made it happen, and continue to make it the superhot attraction that it is. 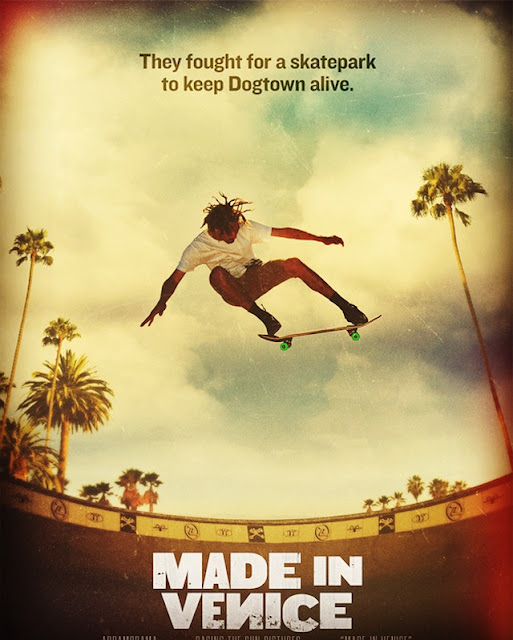 Moderator Dan Levy from Juice Magazine closed the event by saying that we all need to continue to fight for Jesse, for the Right Of Entry, and always, The Skatepark itself. Martinez thanked everyone for their support, and the crowd filed out to attend the after-party at Danny's Deli ("If you don't know where that is, you don't need to go!" - Victor Blue). Please go see this fantastic tribute to Venice and its people while it's in its limited theater release. The Venice Skatepark is a source of great pride in our Community, and Made In Venice lays it all out just exactly why.

The fight continues ... and we have their back. Thank you to ALL involved - always.

*Go fast! It's only at the Laemmle in Santa Monica until August 31st!