"Made In Venice" Premieres In Venice

The long anticipated, years in the making documentary Made In Venice premiered in Venice last Saturday at The Electric Lodge, and was more than worth the wait. It was a screening for the cast and crew, most of whom were in attendance. This wonderful film tells the story of how the dream of a Venice Skatepark came to be a fantastic reality, and all the struggle that went into it.

The movie covers the history of skating in Venice, and how it came to be known as the legendary Dogtown ("This town ain't fit for a dog!"). Though modern skateboarding was pretty much invented here, it took until 2009 for Venice to have its own skatepark, and would never had happened without the tireless work and absolute belief in the project on the behalf of skaters and activists in the community. As the audience filtered in, you saw one cast member after another arrive ... Christian Hosoi, Jeff Ho, Bart Saric (who did the film's animation sequences), Victor Blue, Tonan, Aaron Murray, Masao Miyashiro, Lauren Wiley, Dan Levy and Juice Magazine ... and finally, the true hero of the story, Jesse Martinez.

Martinez introduced the film along with its director, Jonathan Penson, who both told about the years and hurdles it took to make. They also explained that though we do now have this beautiful skatepark, the struggle continues, as the city of Los Angeles relies on Martinez and his crew to maintain and clean the park every day - without any compensation from the city. Unbelievable. But they do it. Every day, seven days a week. 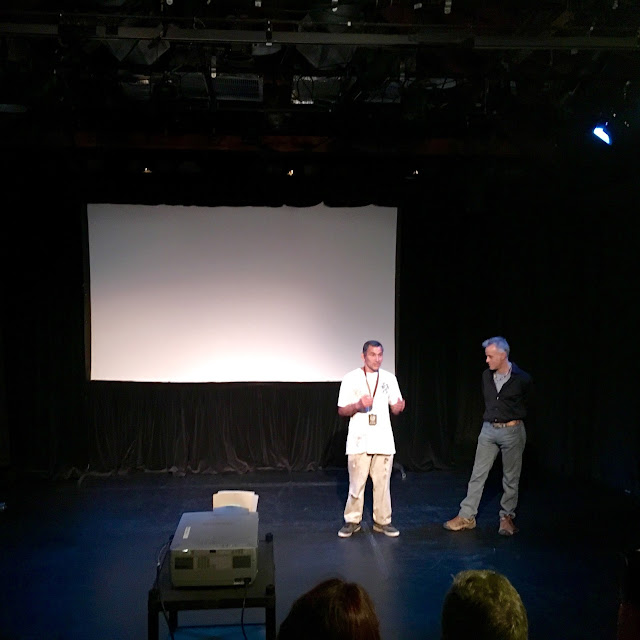 The documentary is so good because the subject matter is beloved by Venice. It's incredibly lump in the throat touching at times, and laugh out loud funny at others. Venice does not lack for characters, and the ones you get to know in Made In Venice are some of our best. As pro skater Tuma Britton says in the film, "We don't do boring. This is Venice." Exactly.

"We were the bad stepsons of Venice, we were raising hell on this beach. If you were considered a Dogtown boy, you had made it," says Martinez in a clip to explain what it all meant to people. We are taken through the history of the rise and fall of both skating and skateparks, including a time when the area was briefly taken over by Rollerbladers. Dark days indeed. "We'd do almost anything to protect Dogtown," says Martinez at one point - and they certainly did.

Spearheaded by a mighty group of skatepark supporters who truly believed that skaters were the heart and soul of Venice, the dream for a world class skatepark was kept alive, and seen through. Ger-I Lewis teamed up with Heidi Lemmon (of Skatepark Association USA), and along with the tireless help of our late Councilman Bill Rosendahl (who found funds from an old oil fund!), the spirited group finally won approval for a skatepark. It was a unanimous decision from the Coastal Commission, after a touching speech by Martinez who spoke to the fact that skating had changed lives for the much better. And then it took four more years of redtape. 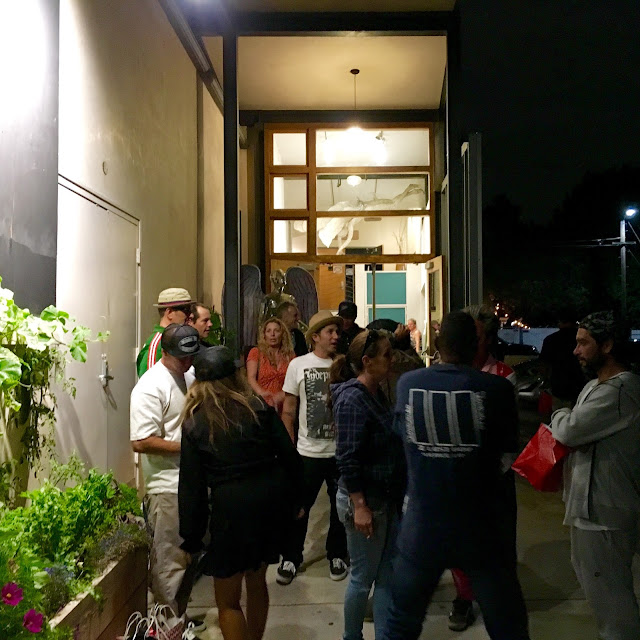 Construction finally began on the park on December 31, 2008 and the official opening was on October 3, 2009 - a triumphant and emotional highpoint of the film. "We did it! And I'm not too old to use it!" - Ger - I Lewis says, with obvious joy across his face. The opening day scenes are so happy and exciting ... but the work didn't/doesn't stop there.

Martinez is out there at the skatepark every morning, pre-dawn, making sure it's clean and safe to skate. This means hand scrubbing off the graffiti, cleaning up after the homeless and partiers that wreak havoc overnight, and generally 100% taking care of the park's maintenance on their own. For free. Often out of their own pockets. This clearly isn't right, and one of the hopes of the film is not only to showcase the park that more pro skaters come out of than any other in the world, but also to show its value to the City of L.A. and get these tireless workers some sorely needed compensation, although money is very obviously not what drives Martinez and his volunteer crew.

"Money you won't be remembered for, but to be a Dogtown boy {or girl}, you'll be remembered forever. This skatepark is the legacy I'll leave behind one day for my sons," says Martinez, and it's true. Both the film and the audience were filled with kids and skaters of the up and coming generations who will continue to benefit from all of the hard work and history of the Venice legends who gave them what they have today. And the future is bright. 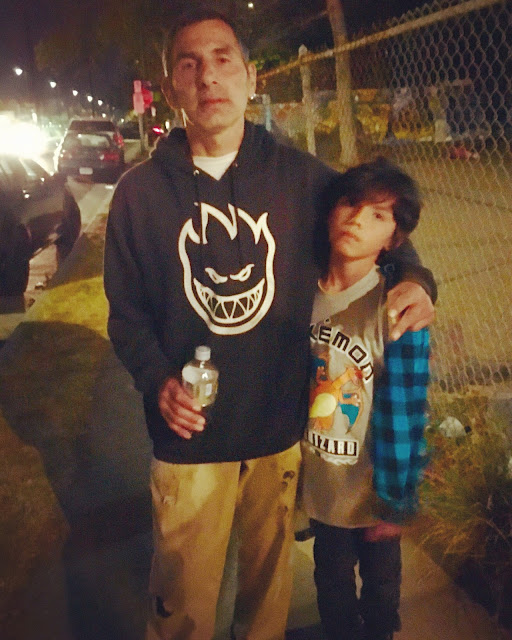 Made In Venice closes with a soundbite from the late skate legend and friend, Jay Adams, who says, "You know how some people say, 'Oh, I love it, I'd do it for free'. Well, Jesse IS doing it for free. Why don't some of you guys start paying him?" Yes. WHY don't we? In typical Martinez fashion, he was nowhere to be found when the hoots, hollers, whistles, and "Thank you, Jesse!'s" rang out over the closing credits. I found him outside after the film, far from the crowd, and visibly uncomfortable with the attention and praise. So much so that he'll probably never even see the film, but the important thing is that now everyone else can see it and know what a true hero he is to our community. A true hero Made In Venice.

Made in Venice will debut in theaters August 25, 2016. It's a must see for anyone who knows and loves Venice.

*Merch proceeds from the film will go towards the upkeep of the Skatepark. Get yours!