Queen V At The Sunset Marquis!

I was so excited when I heard my friend, Queen V (Veronica Stigeler), was going to be playing at the Sunset Marquis in Hollywood for their Live@Sunset Marquis showcases. We became friends back in 2008 on Tom Morello's Justice Tour, and I haven't had a chance to see her play since. When V let me know that she'd be rocking the pool at the Sunset Marquis last Friday, I was there. 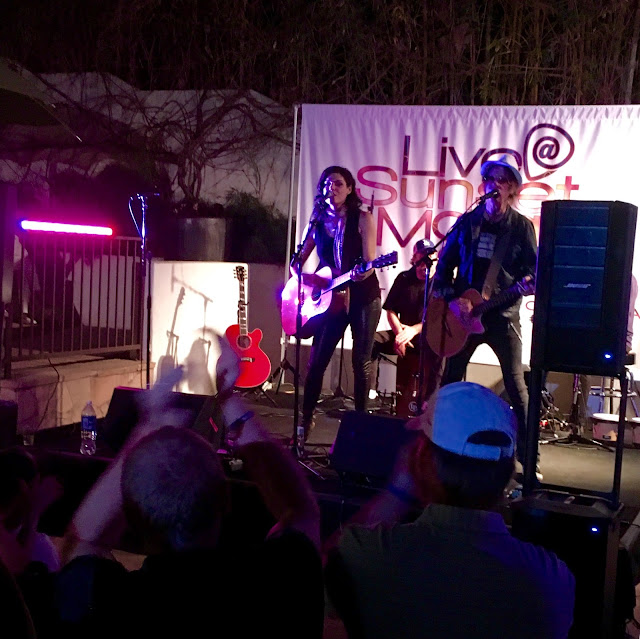 Rock music always needs more women, and Queen V is a front woman from the Joan Jett hard rocking school of female musicians. With her strong voice, lyrics, and guitar chops, V shreds it up with the best of them. It was a sultry, Summer night, with smoke filled air from the wildfire happening up north, and everything about the night was hot. The stage at the Sunset Marquis is set up outside by the pool, so it was all perfectly Hollywood and great.

This was to be a more acoustic show than I remembered, because the place is still a hotel - with guests - so you can't really pull out the huge Marshall stacks when the hotel rooms are hovering right above you. Still, the rock was felt. V and her scaled down band (guitarist Jimi Bones, some percussion, and a backup singer, Lisa Danielle) gave the very enthusiastic audience an abbreviated set that included selections off of her most recent and excellent ep, Bridges, like the awesome "Best Of Me" and the seasonally appropriate, "Summer's Gone", showcasing V and Danielle's harmonies. 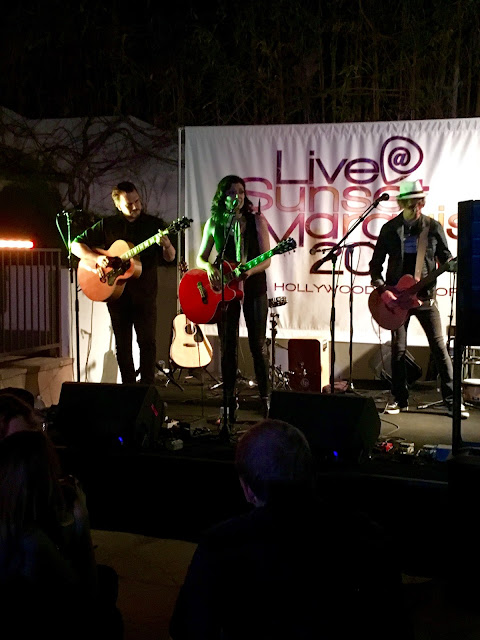 The show was being recorded both live on Facebook and for later viewing, so you can check out all the fun we had yourselves. I was kind of surprised to hear them cover "Broken Wings" by Mr. Mister, until I heard that the retro band is a favorite of V's husband, former NFL coach, Bill Cowher (who was right down front in full support). And it was awesome.

Queen V is based in New York. so the rare L.A. performance was a special one for the many hardcore fans that were there in attendance. After highlights like V's "Right Or Wrong", "Better", and "Love Song", the band lit into "Hotel California" for their finale. It was just about as perfect a California night (in a hotel known for its hard rock clientele) as one could hope for. And then it was already curfew. 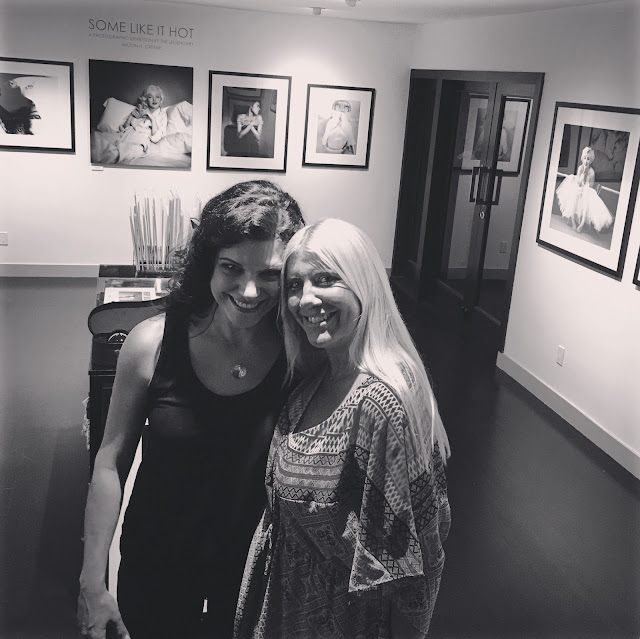 We all adjourned to the hotel bar to congratulate and catch up, and a line to get Queen V merch had formed before we even got there. All as it should be.

Thank you to Queen V and her band, and to the Sunset Marquis for booking such great talent for their live events. Serious rock and roll in Hollywood on a hot, Summer night is exactly what was needed.