There was an opening reception for the wonderful and terribly important new art show at SPARC this past Saturday night, Viral: 25 Years From Rodney King. 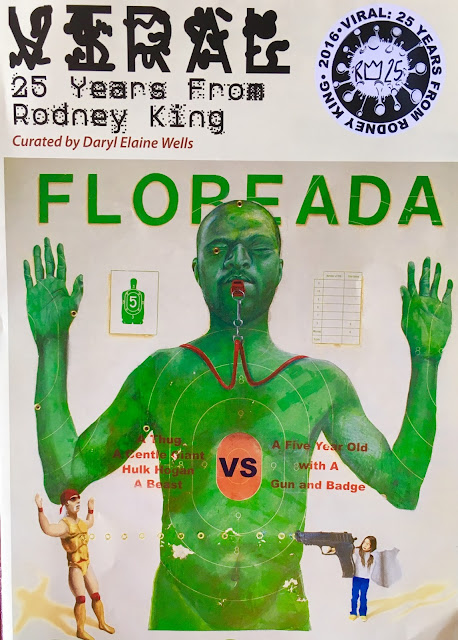 Operating from the premise that the video showing Rodney King being beaten by the LAPD in 1991 was truly the world's first viral video, putting the spotlight on the racial injustice and police corruption in America that has only seems to have grown worse in the 25 years since that horror show. 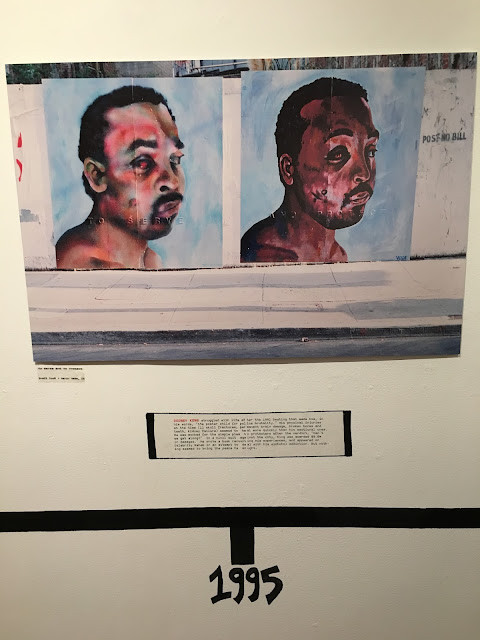 SPARC's building was formerly the Venice Police Station, so the art work displayed inside was especially fitting for this show, as we were all behind the bars of the old jail while observing the awful timeline of this particular nightmare epidemic of trouble in our country. 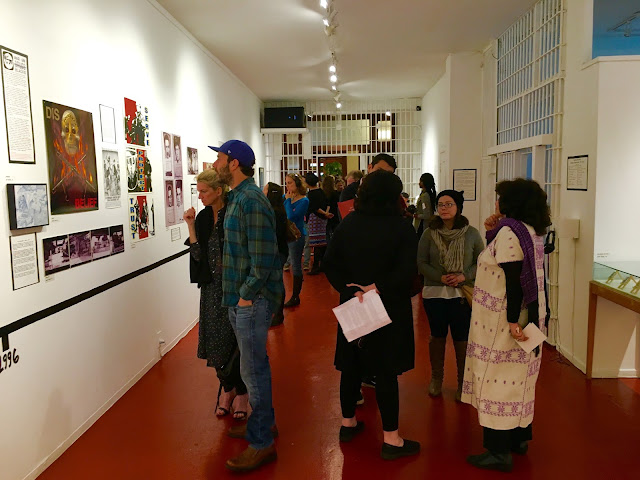 Artists from all over are featured in this group show, curated by Daryl Wells of Art Responders. Wells had a mentally ill brother who had been continually been harassed by police and wound up dead in murky circumstances. She introduced the show with an emotional speech about the frustration, pain, anger, and helplessness she had felt, and could only imagine the pain of the families left behind by victims like Trayvon Martin, Eric Garner, Sandra Bland, Tamir Rice, and so many more to mention. 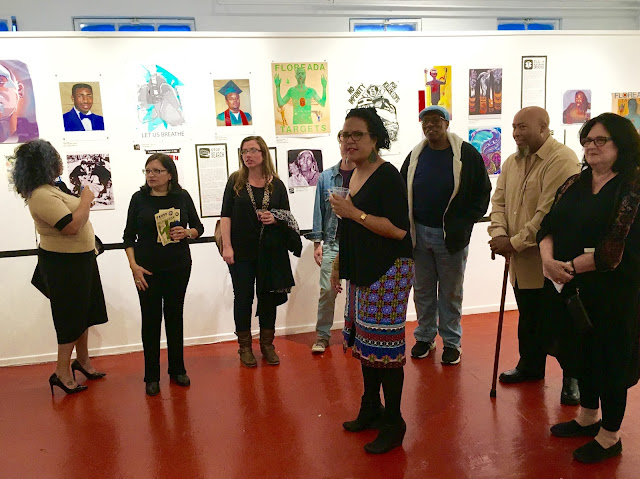 The show is interactive, as you walk the timeline around the room from 1991 - 2016, with all the visual art complimented by audio listening stations for music and spoken word poetry. 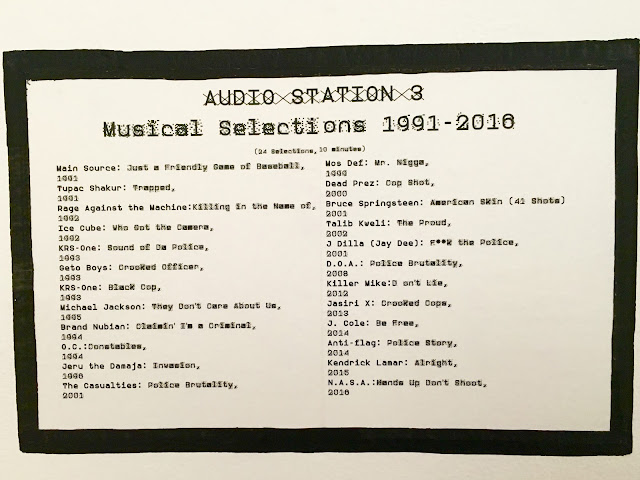 There was a playlist created for the show, with all supremely worthy of inclusion tracks, but the song that kept playing through my head was the one released a day earlier from Ben Harper - "Call It What It Is (Murder)" from his brand new album of the same name. 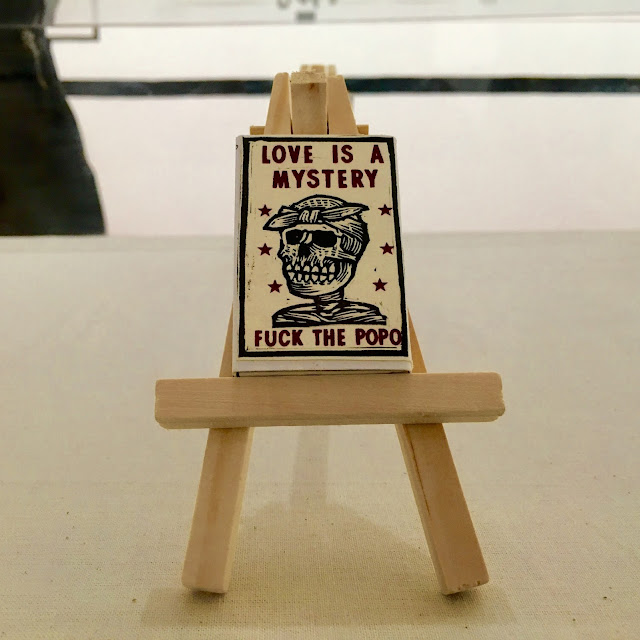 In it, Harper name checks these same murder victims, while pointing out that there are black and white cops, good and bad cops, of course, but let's call it what it really is - Murder. That cops are just getting away with. That MUST stop. That's all I could hear running through my head as I traversed the room ... Call it what it is, call it what it is ... Murder. 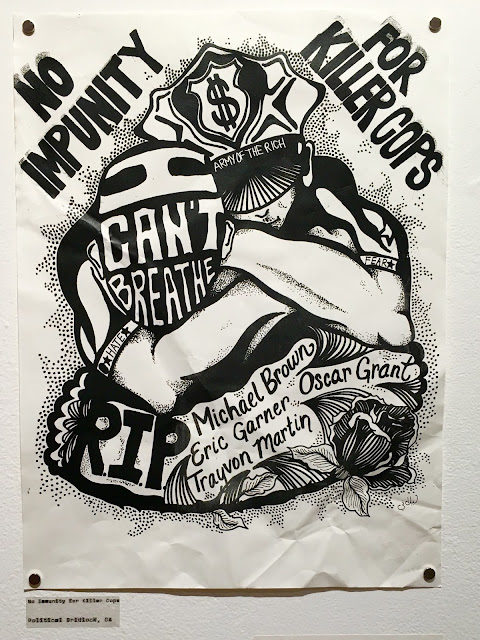 There is even a virtual reality station where the viewer can experience Perspectives 2: The Misdemeanor, where there are cops and possible perpetrators, and someone gets shot, and how you feel about it depends on your perspective. It's pretty heavy, and really a great tool for putting yourself in either set of shoes. 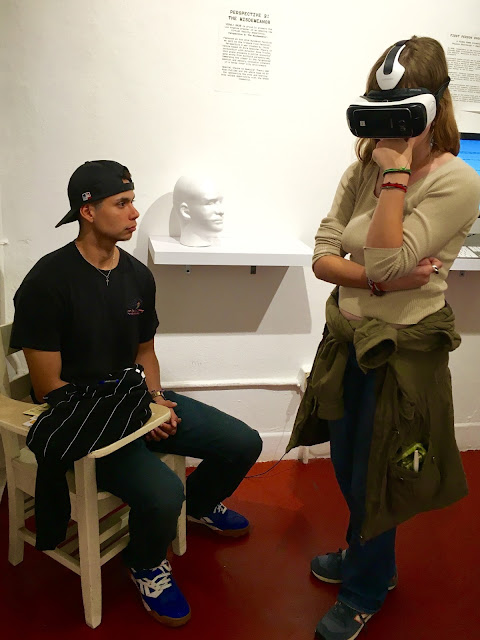 I was moved by a really powerful watercolor from Sanae Robinson depicting the uprising in Ferguson, Missouri. The events in Missouri were really so painful for me to watch going down on t.v., with utter disbelief that we still STILL have to even be having this conversation. WE ARE ALL ONE!!! Why WHY is that so very hard for some to grasp?! Ugh... Robinson's painting really captured that anguish for me. 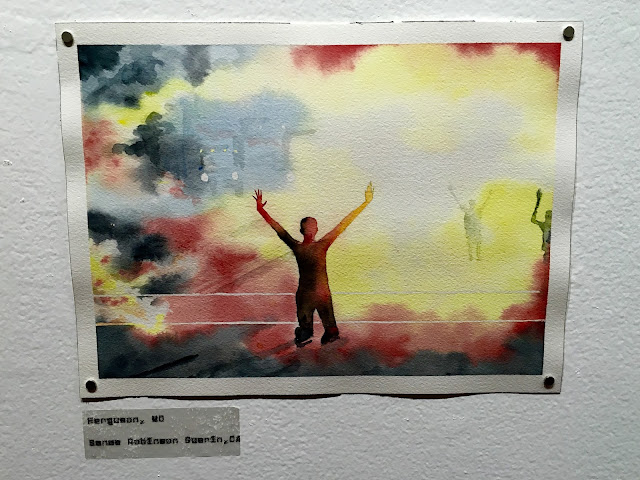 Overstreet Ducasse has several pieces in the show, with pieces done on the target practice charts from his state of Floida, called the Floreada Series. Ducasse carried his art right over on to his jacket, which put an exclamation on his point. 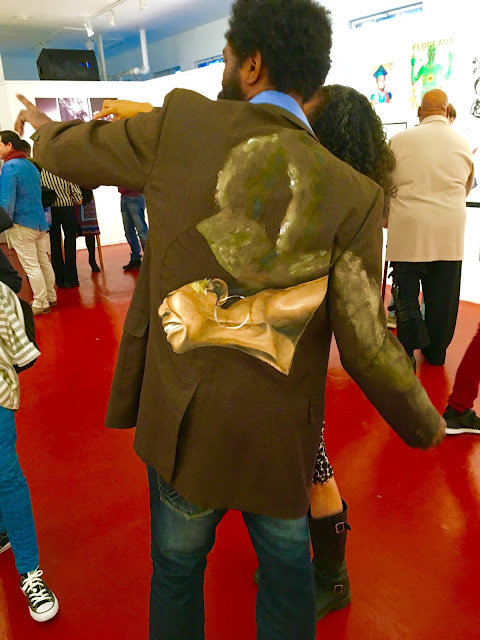 This show, as the press release states, "asks vital questions about the last quarter century of developments in our criminal justice system, and how various systemic failures have allowed this phenomenon to frustrate the dream of a post-racial America ... it tackles the intersection of social media, the arts and criminal justice advocacy in order to bring about much-needed dialogue regarding systemic racism and its impact on communities of color." 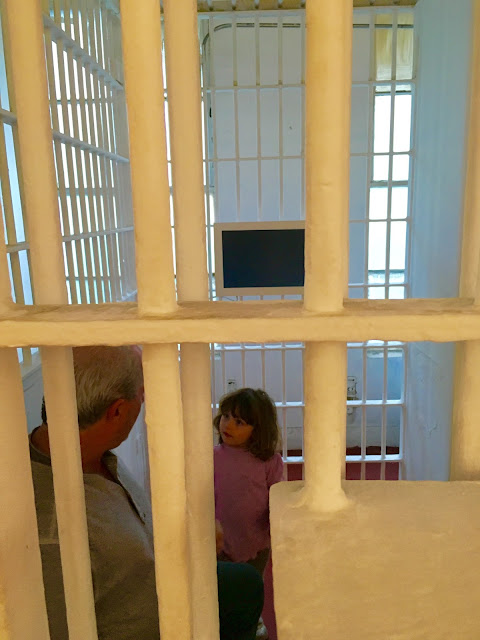 I had just read that when I saw a little girl in the jail cell with her Dad, and almost choked up with the hope that she doesn't have to think about any of this for very much longer. That we can all just, as Rodney King implored 25 years ago, GET ALONG. 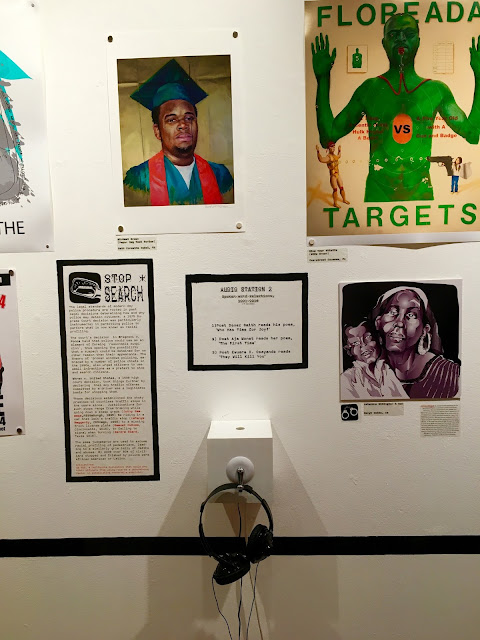 I ran into Francisco Letelier and we talked about the importance of shows like this, but also of getting people to GO to these shows. To keep that dialogue going. To support the artists that are often the loudest voices shouting for change. 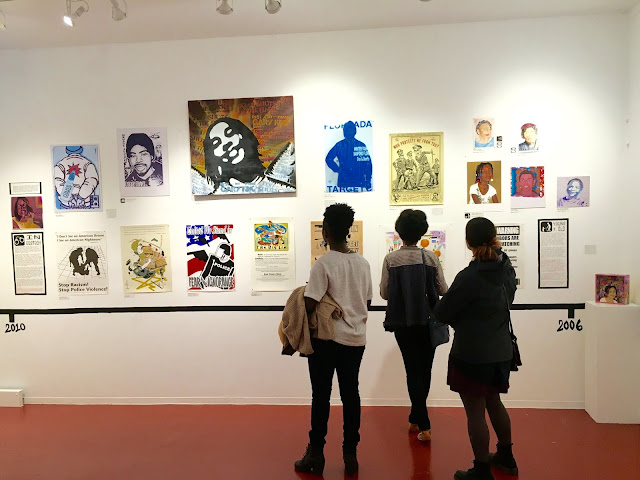 He told me that this SPARC show will be one of the stops on the upcoming May 15 edition of Art Block - the incredible gathering of our local art and artists that invites you into their studios - for free. I hope everyone will put an asterisk next to SPARC on their maps, as everyone living in America today should see this fantastic show. (But you don't have to wait until May ... go now! Every day!) 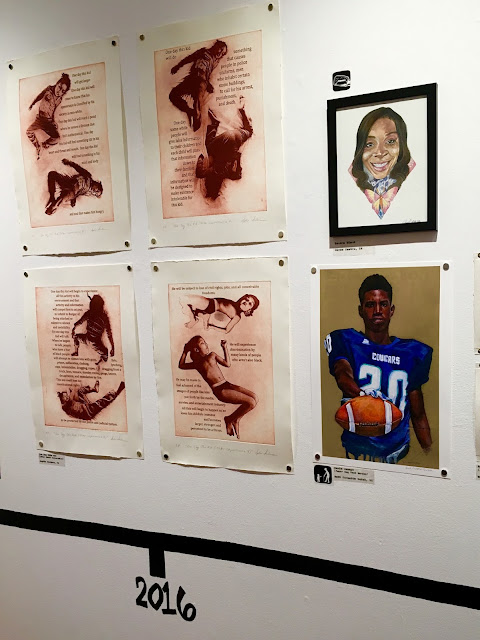