I think I walked on the beach this morning, but I can't really be sure. It was so foggy you literally could not see a person walking toward you until they were right there. I almost walked into the pier. It was mysterious and awesome, and felt kind of special, since almost no one was out there. 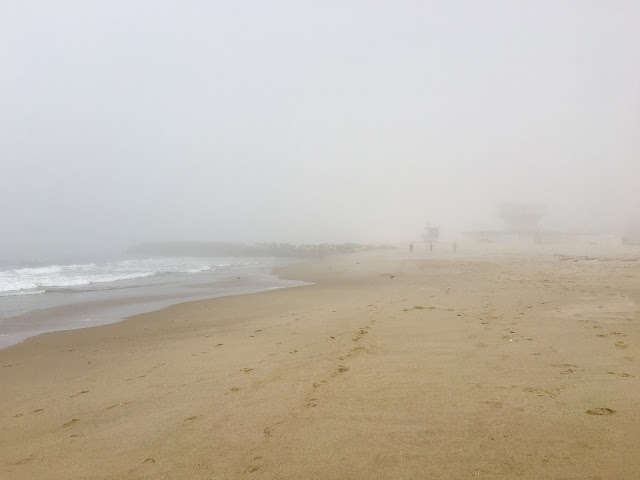 On the return trip, I saw hardy and determined Spring Breaker families out there with their towels and beach umbrellas ... hoping for the best. I had headphones in, and though it was a perfect morning for Radiohead, the soundtrack was made even better by the fog horns punctuating the beats. 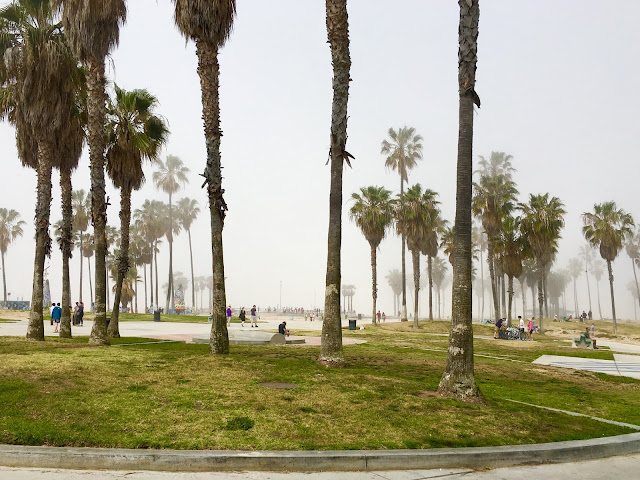 Venice is beautiful in the sunshine, and beautiful in the rain. The fog brings out something else though, both softening its edges, and making you aware of them - when you smack right into them. As I type, the sun is poking through, and the folks on holiday will be rewarded for their patience ... but I'll bet they remember the fog more. They were all in it together, and it was all theirs. Special.