Life Rolls On Into Reggae On The Mountain!

This past weekend was a series of one great moment after another ... the whole time. Things came together effortlessly, and the sun was shining bright (and HOT!) from the crack of dawn on. Friends showed up at Playa De Los Amigos where we enjoyed the unusually warm water and frolicked around in the ocean all day long. It was the best. 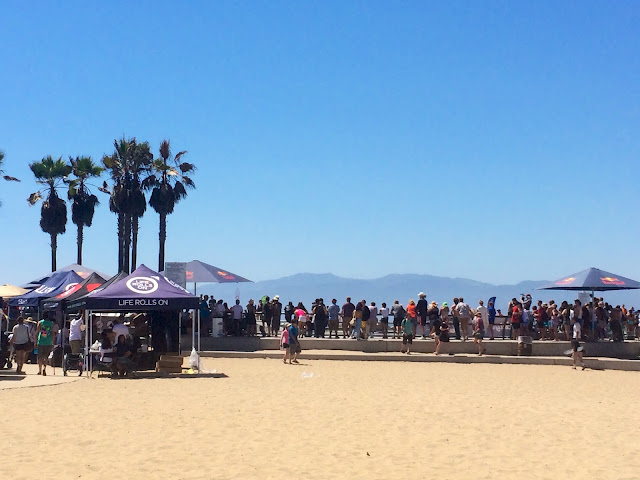 Then we had to check out the Life Rolls On event at the Venice Skateboard, always one of the most inspiring days of the Summer. This year the day dedicated to people with physical limitations getting out there and keeping their stoke alive coincided with the arrival of the Special Olympics in Los Angeles, so there was a great feeling of support and encouragement pervading the already great vibes of the day. 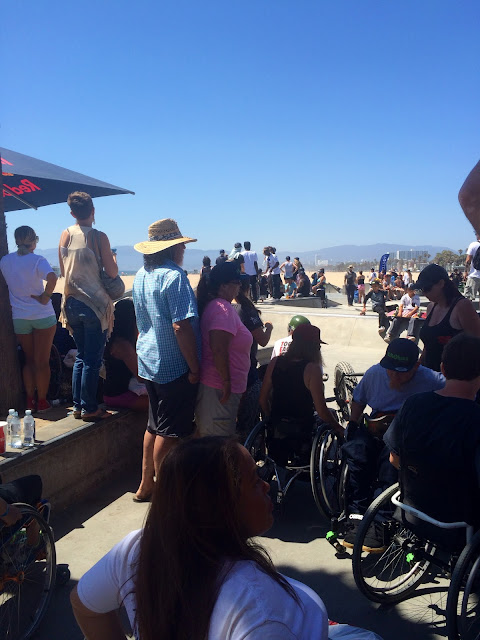 Kids and adults in wheelchairs and on crutches got in the bowls of the skatepark and showed that they can still impress with their stunts and tricks as good as their able-bodied friends - if not more so due to their limitations. It's super inspiring, and I always leave with a happy - and grateful - spring in my step. 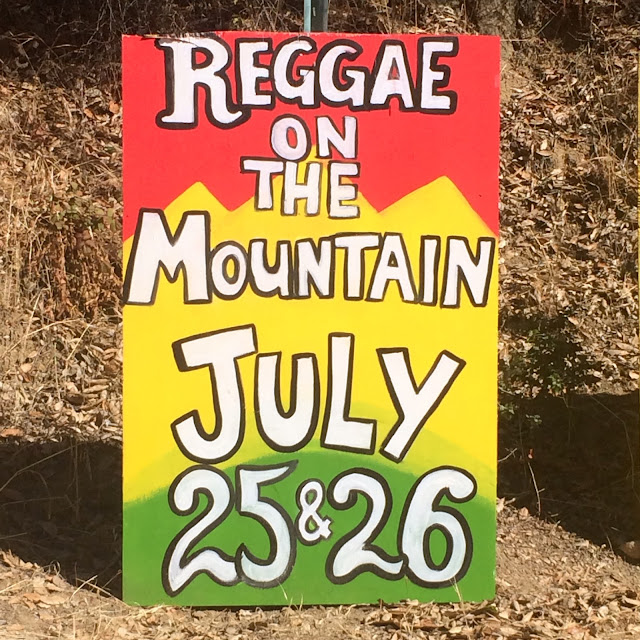 That only got bouncier when we headed up the mountain for the wonderful two day love fest of good vibrations that is Reggae On The Mountain in Topanga Canyon.

The day was perfect for such a festival - blazing hot, a mountain top breeze and absolutely everyone all the way invested in having a great time. Which one couldn't help but do with all the fantastic music, bright smiles, and colorful festivities all around. 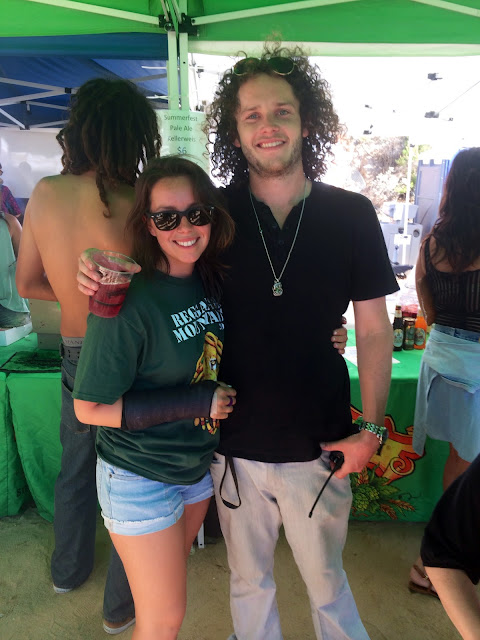 Right as we walked up the mountain I ran into my family friends, the Ellis kids. Though I've known them since they were wee babes, they've grown up and Brooks Ellis is now the founder and organizer of Reggae On The Mountain, and I couldn't be more proud of him (above with his lovely sister, Sydney). He reminds me of a young Michael Lang (you two have to meet!) with his curly hair, bright smile, and relaxed way of making an entire family fun festival come off with ease and positivity. I was so impressed. 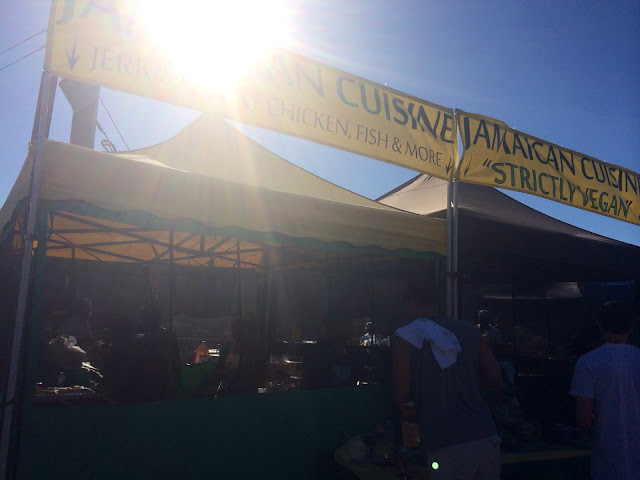 A big glass of icy sangria was handed to me, and we went and ate delicious jerk chicken as we listened to the sounds of John Brown's Body drift up the hill to us. I also got an awesome rasta umbrella that is begging for some more rain. 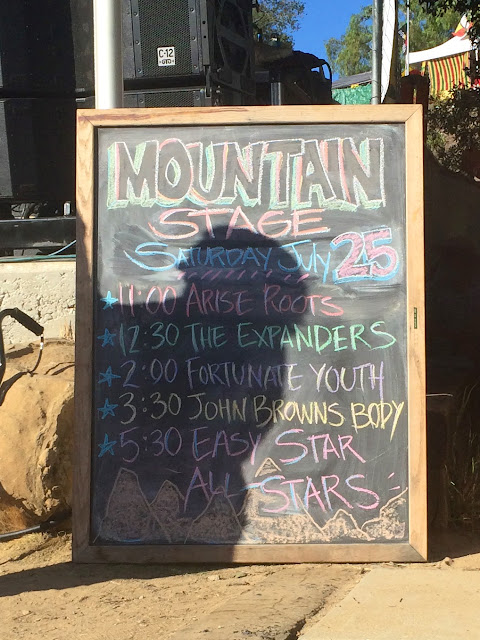 The true order of business (and pleasure!) for us was to see the Easy Star All Stars. I've been a massive fan of theirs since their sublime album Dub Side Of The Moon, but my love was truly cemented with their absolute genius album Radiodread. The Easy Stars were playing the main ROTM Mountain stage and we were right there in front for every note.


Hippies with didgeridoos danced alongside true Rastamen and simply rasta loving white girls like me. A little boy stood there and looked cool while barely swaying in time to the music, adding to the show in his own unselfconscious way. 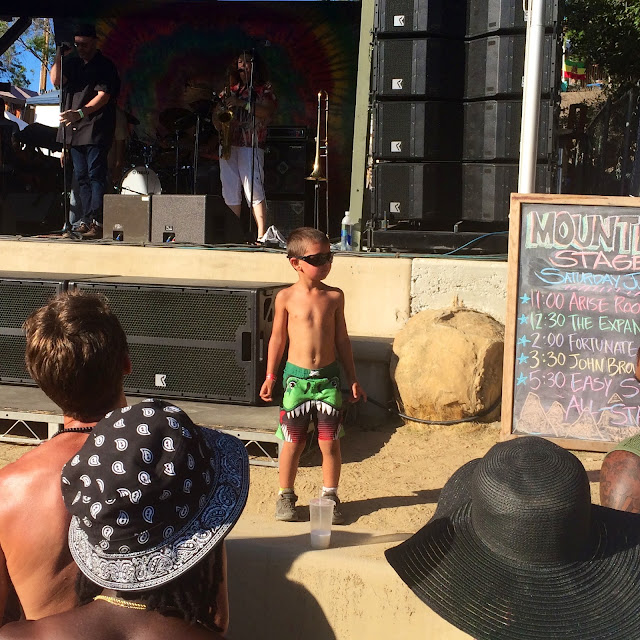 One Rastaman stood there the entire time holding up a photo of Haile Selassie and giving out pamphlets and suckers. He was the real deal. 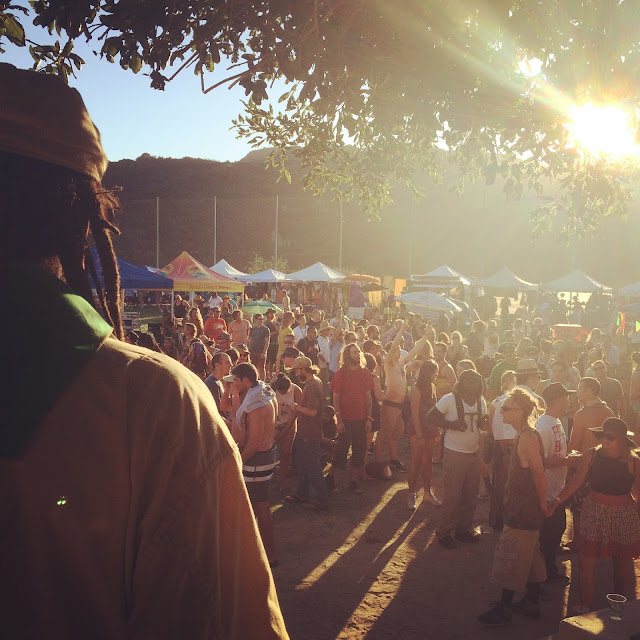 The Easy Stars had everyone dancing the entire time, never mind the truly sweltering heat. No matter. No worries. No problem. All we did was dance more and smile bigger. 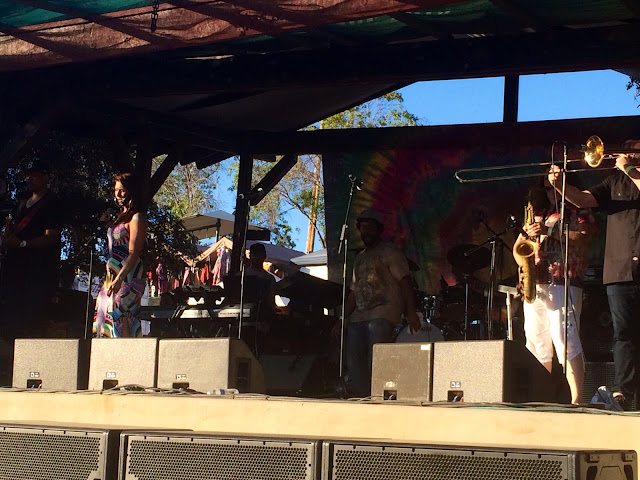 They played selections from the above mentioned albums, as well as from their Michael Jackson epic Thrillah, and even teased a bit of "Kashmir" at the end, making me speculate that we might be getting a Led Zeppelin reggae album soon?! Ooooh. Kirsty Rock just rocks it. The horns roll it. Everyone is perfect. They're so so so good. People took shelter in the shade, lounging in tree branches and hammocks, with dream catchers there to beautify their daydreams. It was totally idyllic. 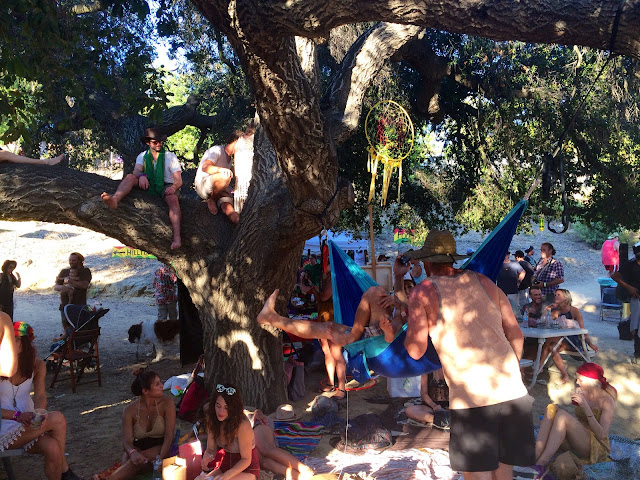 We danced and sang along until the sun began to set, then sang more all the way back down the mountain. Oceanside drinks at Moonshadows bled into the next day of beach day all day, followed by Hinanos and backyard nightcaps with best friends. This was truly a quintessential Los Angeles weekend, and I'm so happy and grateful to all who made it so honestly awesome. 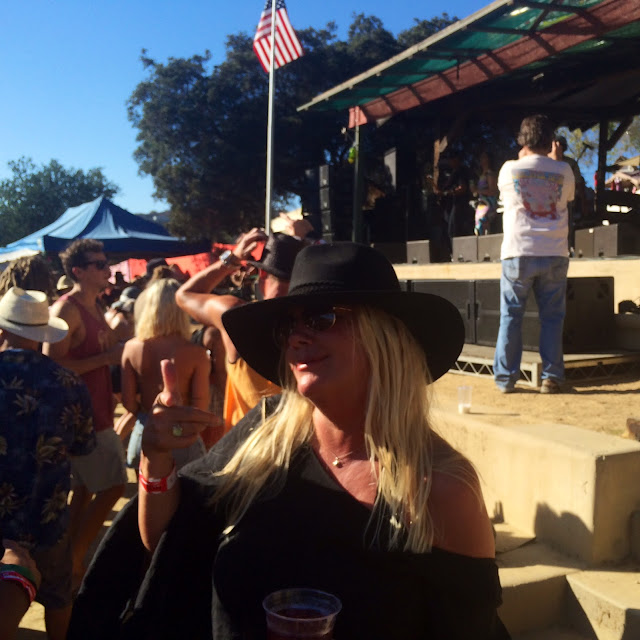 Let the Good Vibrations roll on! One Love.