It takes a lot to get Venice people to the Valley ... and Dan Coakley and his band are a LOT. Dan has a brand new and excellent Ep out - EP 1 - and we were all excited to hear its tracks live with a full band ... excited enough to head over the hills, even. 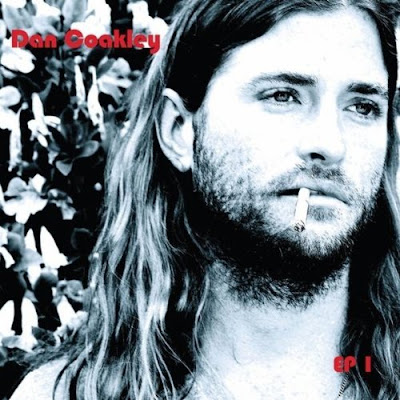 Dan's EP was produced by Dave Cobb, who also took over the reins on Shooter Jennings & Hierophant's EPIC new album, Black Ribbons (which if you haven't listened to it yet, don't talk to me until you do. Crucial listening, especially if you're an American that gives a damn about anything anymore). While Dan and Dave were a huge part of Black Ribbons, so too are Dave and Shooter an integral part of EP 1 ... you can hear them all in there on both albums, and the resulting music demands the same respect, and beer bottles clanking together in a "Hell YEAH!"

I've seen Dan in a bunch of bands: The Hell City Rockers, Fistfight, High Or Hellwater, and now as straight up Dan Coakley, I get that he is right where he should be - rocking it, and meaning it. It's not easy in the music industry these days, but I admire people who go their own way and do their very own thing. As Dan told me, "If you want to be a working the fields, Farmer Musician, it's there for you." Meaning, you can get your music out there your own way these days, if you're up for the work. And he is. (P.s. - Farmer Musicians is a sweet band name, someone.)

EP 1 is a collection of four deeply personal songs, full of darkness and hell, but even fuller of redemption and light. Like all the best music is, and as real as it gets.

Which is why it was so great to finally get to see and hear it all live. Dan has surrounded himself with ridiculously talented musicians in his band, while he himself gets so wrapped up in performing his songs, he might not even know you're there. 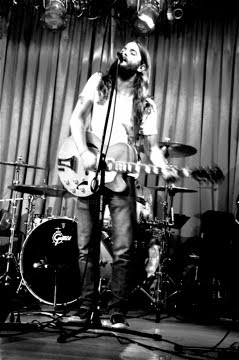 Dan's cousin, Paige Gullivan, opened the musical evening, with some solo acoustic songs from his New York based band, Russian Vogue. His voice sounds like John Doe, and my favorite number of his was "Des Colores", the one that he introduced as, "This is a Spanish song. I don't know what the words mean, but I like it." Me too, Paige. So, so pretty, it was. When Dan took the stage next, he said, "God Bless America, I love that guy!" Again, me too. 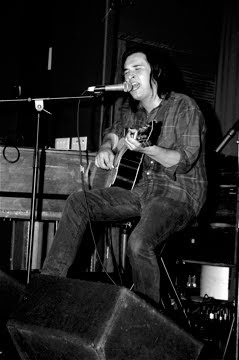 Dan and his band wasted no time getting the rock started, as he yelled, "Are we gonna go for it?!" Yes, we sure are. They kicked it off with a new track off the EP called "Black", a little bit country, a little bit rock and roll. Dan hails from Baltimore, MD, and told me that Baltimore (Charm City!) is in fact South of the Mason-Dixon line, so he's fully qualified to execute some twang when he wants to. He also told me that the music he hears in his head generally has the beat of a railroad train, and I hear that in there as well, coming right at you.

That's what I like so much about Dan's music ... the emotions and truth come right at you, tough as nails, but remind you also to hang in there, and get through whatever is being thrown at you. Because you can. Like on the beautifully painful track, also on the new EP, "The Bird and the Boy" ... Watching Dan sing, fully immersed in it, "I lost myself somewhere ... I'm dying and I just don't care ...", it was dark stuff, but the music swoops in and carries you past it all. As it should. 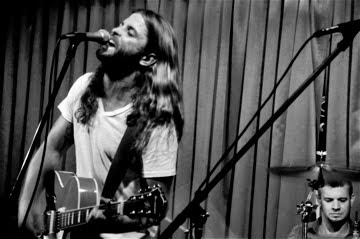 Some older ones from earlier recordings, "135", the bluesy "Colorado", and "P" were thrown down, and sounded as fresh as they ever did. "It Ain't Me" is my favorite of the older bunch. "She grabbed my hand, and turned to me, and said, 'Let's leave, this ain't my scene' ..." It just sticks with you, running through your head for days. Ask my shower. "For You" was a song by Dan's friend Dave Sparrow, who was in the house to see it get the people out on the dance floor. Warren Zevon fans got a treat with Dan's cover of "Carmelita", that featured a dope Hammond organ solo by Mike Mangan (Of Mike Mangan's Big Organ Trio), prompting Dan to quip, "Check out Mike's big organ!" Ba-dum-bum. 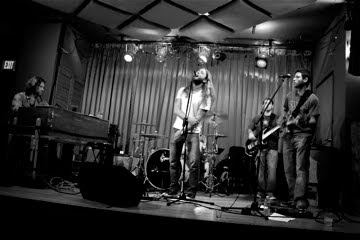 "Been Down" is the opening track on the EP, and played live, it was as kickass as it is on the recording, which is not always the case, but when you have this kind of talent in the room, it definitely is. Mike Mangan on that organ of his, Ben White on bass, Brian Keeling on drums, and Mike Blumberg shredding his guitar apart made it almost hard to know where to look during each song, but as Shooter and I discussed after the show, Dan has the ability to be the equilibrium up on that stage, and be the kind of North Star of the group that draws your focus to him. No small feat when you're talking about players of such extra high caliber as this. 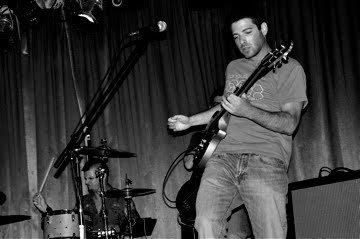 All of that was most evident on my favorite Dan Coakley track of all time - so far - "Blow By Blow" (Written by Dan, Dave Cobb, and Shooter). If you ask Dan what kind of music he likes the most, he'll answer you, "Anything that has balls." That is "Blow By Blow", if anything is. I feel like it's the track that is most him, and mayhaps that's because it pretty much tells his whole life story up until now, in the most rock your face off song I've heard in a long time - by anyone. I love it so much. It's the good old-fashioned kind of ROCK that makes you want to go out and break guitars on your own head, and then slug whiskey straight from the bottle. Yet, like I said before, as dark and heavy as it gets ... "Blow BYYYYY Blow, the hits just keep coming, and I just keep ROLLING!" ... that's about the best advice you can get. The hits WILL keep coming in life, and you HAVE to just keep rolling on. It just makes it a whole lot easier to do when you've got that whiskey, guitar, and rock shows with true friends to see you through. 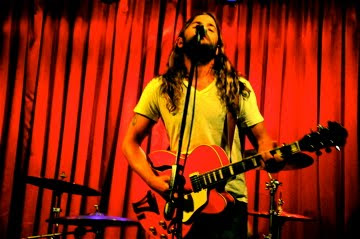 Check out Dan Coakley live as soon as humanly possible (East Coast shows in July, back Left Coast in August), and get to know his rock before you roll, via EP 1 at ITunes.

And as Dan says, "Enjoy Responsively."