I'm real late to posting about this mural, as I'm usually flying by fast down Washington, but today I took it slow and stopped to appreciate the Warrior Odyssey - a mural done by Robert Vargas depicting skate legend Tony Alva, both now, and back in the early Dogtown and Z-Boys days. 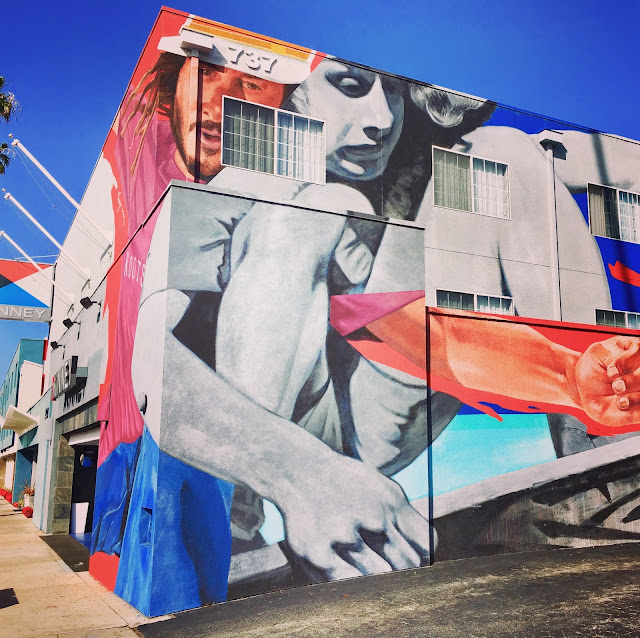 Alva was always one of my favorites, so it's cool to see him being honored in such a big and long-lasting way there on the side of The Kinney hotel on Washington near Abbot Kinney. I'm of the mindset that all buildings - in Venice, for sure - should have big, beautiful art works on them, especially when it portrays something or someone that or who has been an awesome part of the area's history.