New Life For A Venice Cactus

The other day my friend Mario posted a picture of a big 80 year old cactus on Vernon Avenue that was scheduled to be torn out today to make way for another BUB (Big Ugly Box, as Mario calls them), asking if anyone could rescue it. They didn't care that this plant had made its home here for going on a century, because you gotta max out that property line, right? 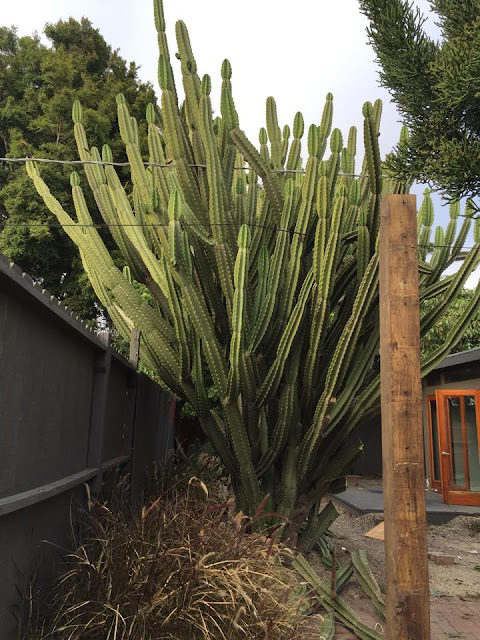 Well ... Venice responded. In no time flat, friends and friends of friends chimed in to say they'd take it ... or some of it, as it was so big no one person could really move it all. Apparently, with a cactus you can just take a piece off and replant it and it will become its own new big cactus. As you can tell, folks have been showing up and taking their special pieces. My heart is full, knowing that this stately queen of a cactus will live on in yards all over Venice (and further afield, as some friends in the desert, Topanga, and other friendly climes have all staked their own claims to share), and that all these lovely people not only cared, but took action - just like that. It's a beautiful thing.

Today was the day. Mario went to check it out and found out that whatever had remained was relocated to a nursery - that the RENTER paid to do. It's still sad to see, but at least we know that new life will grow all over town. Note the previous renters tagged the house, saying, "GOODBYE HOUSE! See you, Casa. You've been awesome. Xo, Keith" "Say it isn't so" "Thanks for keeping Tiger and Jen" - all just bittersweet. So now away goes the little awesome house ... 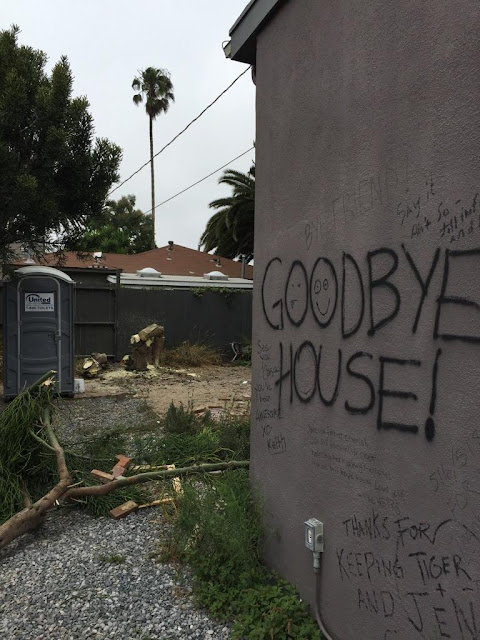 Thank you to Mario for putting out the call, and to the real deal people of Venice, who have given new life to this majestic beauty that was almost destroyed in the name of "progress". Well done, everyone!