If you wanted to show off Venice to someone new, yesterday was the perfect day to do it. The sun was shining brightly from the very beginning of the day - no June Gloom for the Summer Solstice! This put everyone in a festive mood from the get-go, so the whole town was coursing with a party atmosphere ... Summer was officially here! Well ... not officially until King Neptune said so. 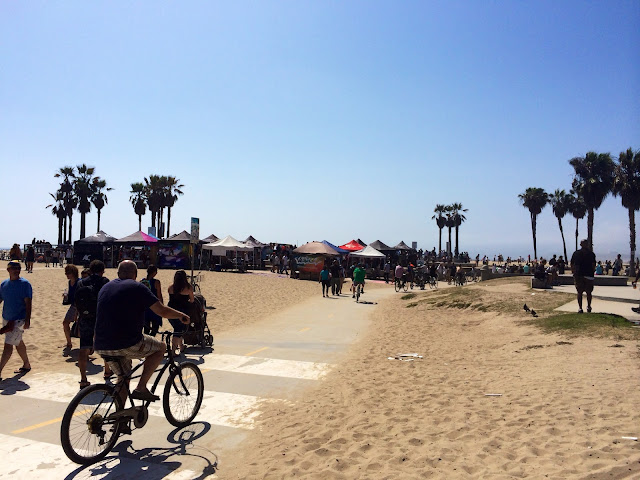 It was Go Skate Day 2015, so the Venice Skatepark was going off all day long. Booths were set up for merch, raffle tickets were being sold, and everyone and their brother and sister were out skating. 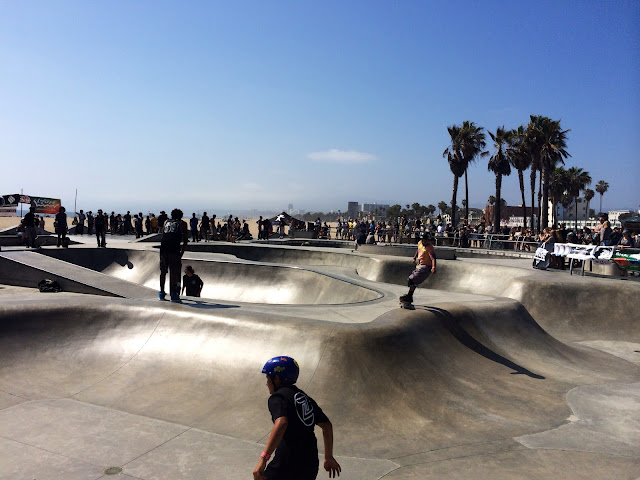 The day was jam packed with fun stuff to do, but you can get sucked in pretty easily when there's so much good skating and people watching to do. It was good to see a bunch of girls and women getting into the mix in the bowl, with one gal showing how it's done wearing only a bikini. Brave. 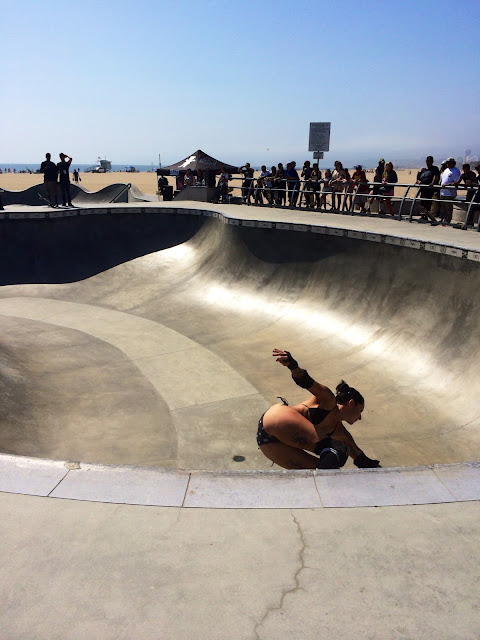 There were giveaways all day, music pumping, and prizes given out for best tricks. It didn't seem like anyone really cared who won, because we were all winning by just being alive on such a perfect Summer Sunday. 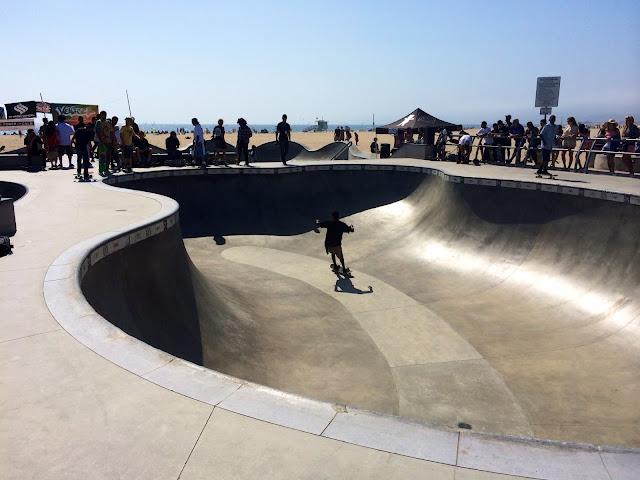 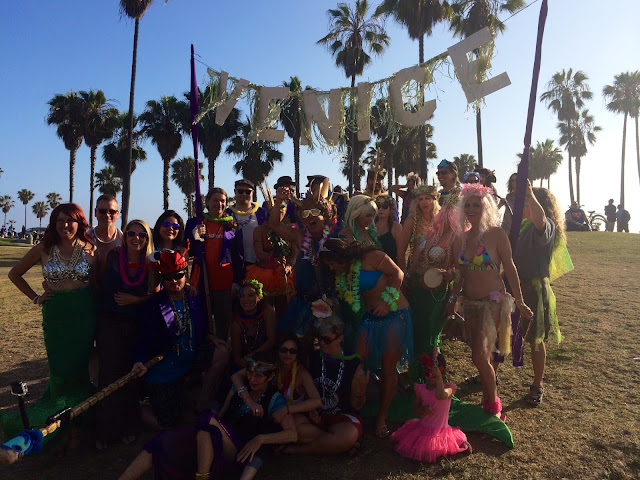 King Neptune Masao Miyashiro and Queen Dakota Rayfield led their royal court (and anyone who cared to join) in a procession from The Sidewalk Cafe to the Breakwater, where they would emerge from the sea to declare it officially the start of Summer. 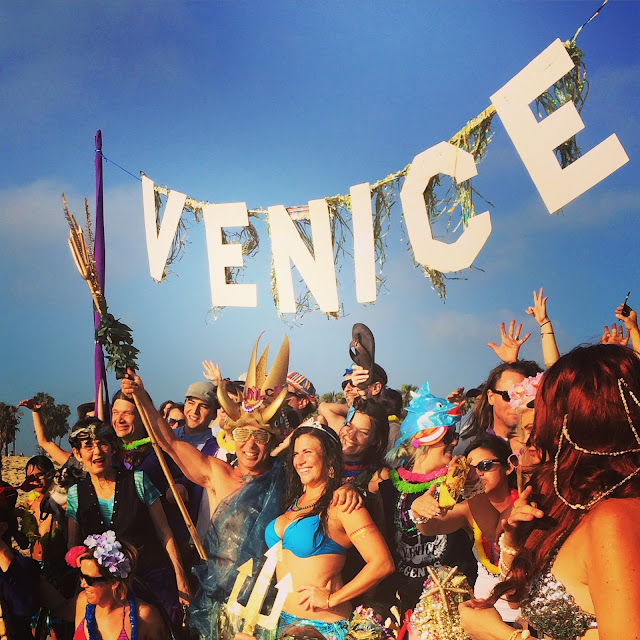 The chant of "Hail The King! Hail The Queen! Hail Summer! Hail Venice! Hail Yes!" was repeated over and over as the costumed revelers brought the party out on the sand. 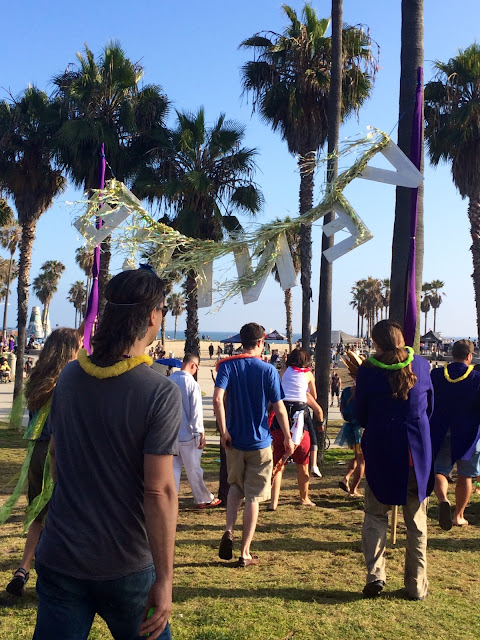 We all stopped at the Skatepark to blow the conch shell at the skaters and pick up more people to head to the water with us. Cameras were everywhere as tourists were pleasantly surprised at this perfect Venice spectacle passing by in a big cacophony of fun. 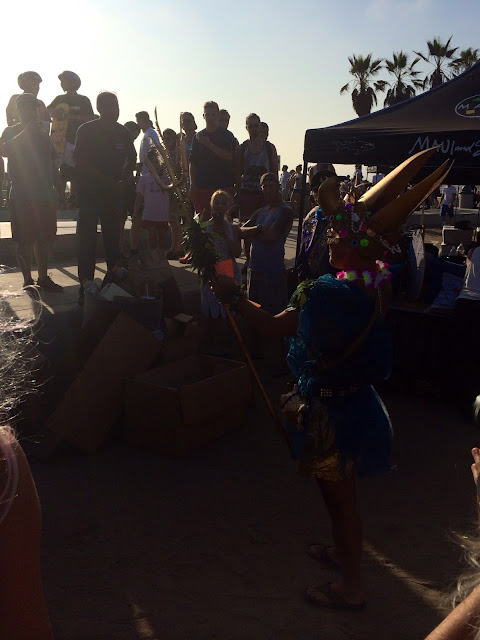 Mermaids and pirates and hula hoopers and drummers whooped it up and encouraged everyone to join in the infectious fun, as royal pages carried the Venice sign across the sand. 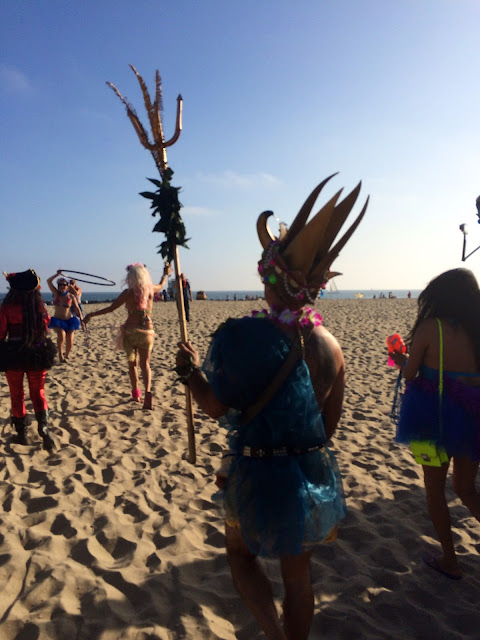 Once at the water's edge, the King and Queen got into the water where they then emerged shouting the proclamation that NOW it was indeed Summer. 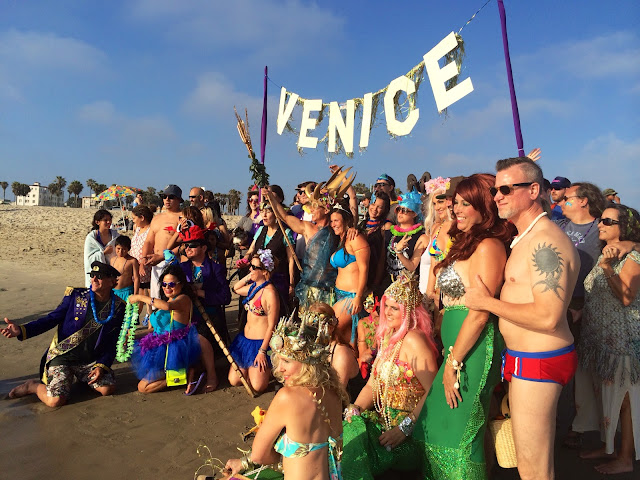 This news was met with hearty cheers, and you could plainly see the delight on the faces of every single face that shared in the festivities. This is exactly the kind of tradition that makes Venice so fun, and the community so stoked to call it home. 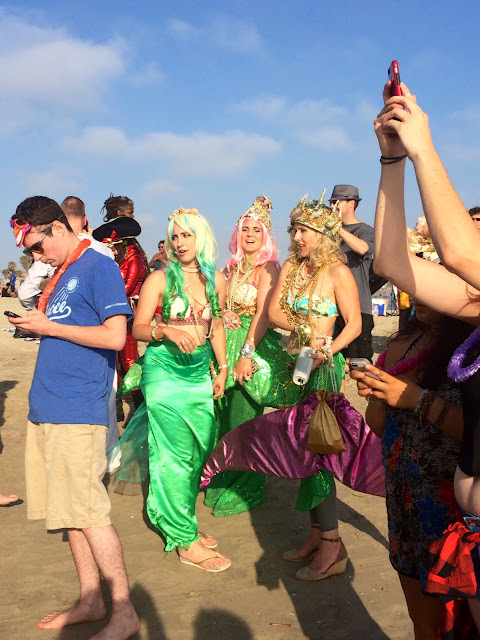 I had to bid farewell to the Neptune Festival goers and skip the after-party back at The Sidewalk because it was also Father's Day, and the friends were gathering to celebrate the Dads in our gang. 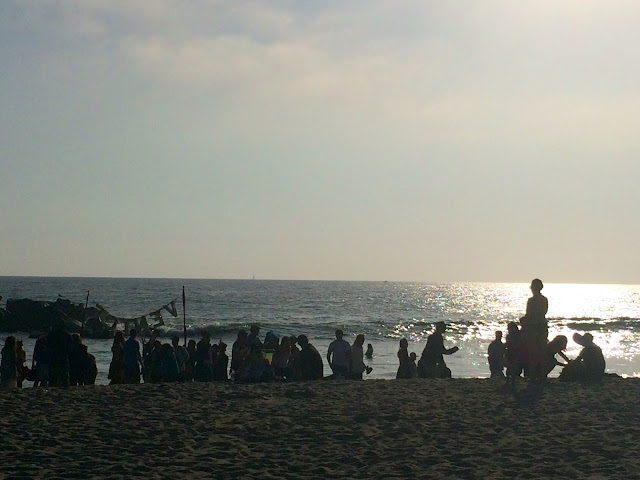 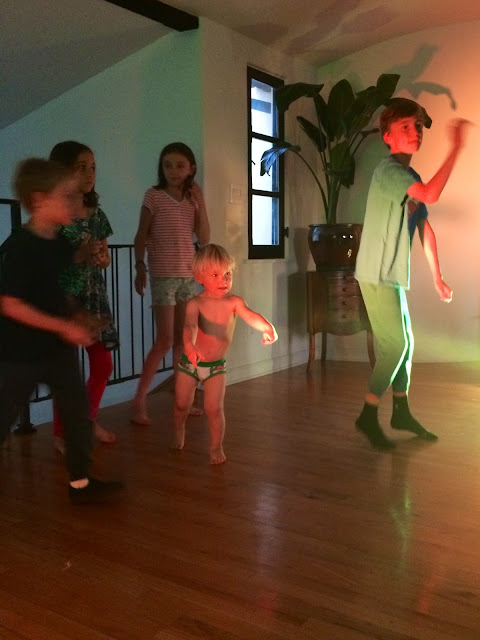 We all played a good old fashioned game of cards ... 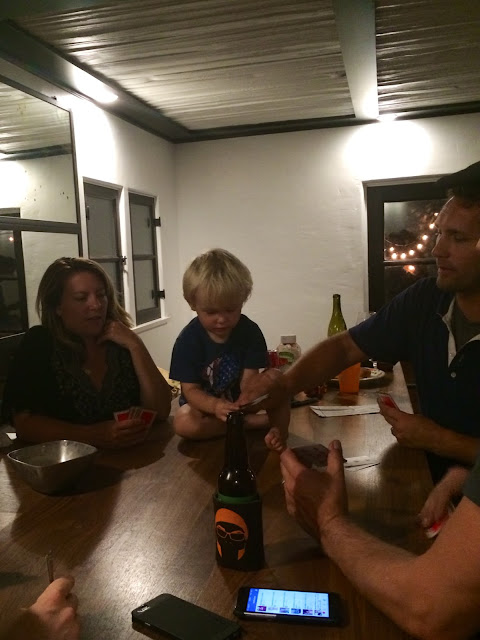 Brats were grilled, icy cold beers were consumed, and the longest day of the year ended with great friends talking and laughing around a fire. 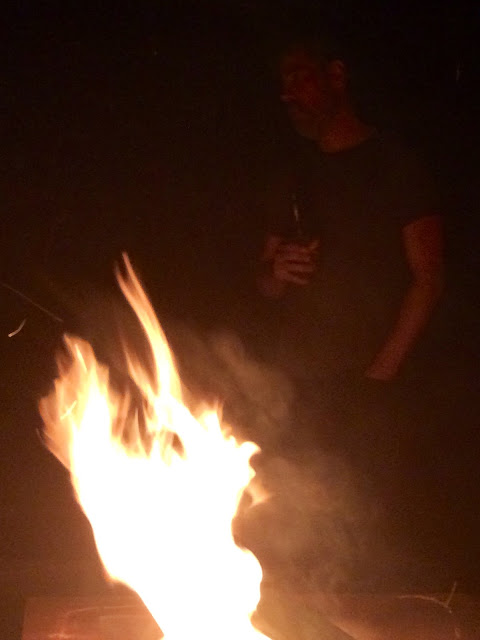 And THAT is how you kick off Summer in Venice, California! May it be the very best one yet for everyone, wherever you may be.