Driving down California Avenue last night, heading home from work, I have to say, I kind of enjoyed this bit of graffiti. It let me know that someone out there feels exactly the same way I do. 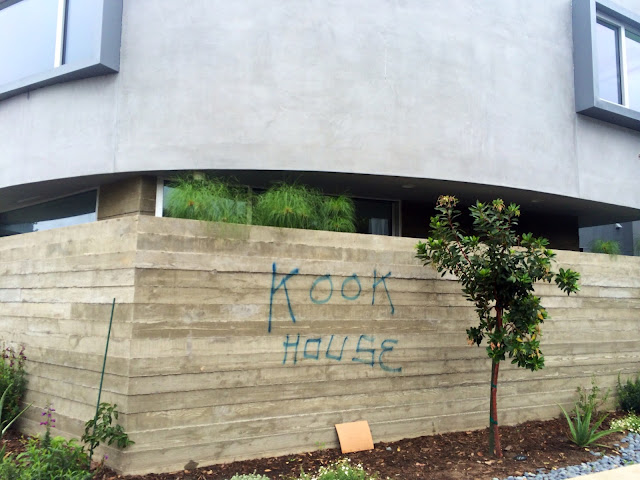 Now, I'm not saying that I endorse vandalism, but in this case ... I think they were asking for it. This monstrosity is located at the corner of California and 7th Avenue, directly across from Oakwood Park. It's a bit "In your face", Have Nots.

To come in and build something like this, smack dab in what has long been one of the lowest income areas of Venice, is such a level of unawareness and disrespect for a community, it's really pretty mind boggling - and concrete and grey and lifeless. Wherever you choose to live, you need to be mindful of where you are, and what it was like before you. 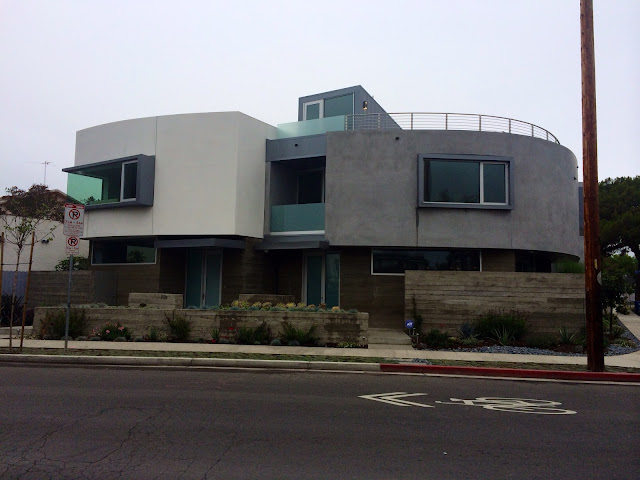 The ideal would be that someone would come in that cares about the neighborhood and either restores what was there or builds something that fits in with the tradition of our bohemian beach community. Of course they don't have to ... you'd just think they'd WANT to. Because now you've already estranged yourself from your community, everyone (besides maybe people on your payroll) thinks you're douchebags before you even move in, and a big corner of Venice is (for now) the most obnoxious eyesore in town. Good job, Kook House.

*Addendum - as it's there, and not likely to be torn down to build bungalows for affordable housing, maybe brighten it up with a mural done by the kids at the park across the street or something ... something to show they're trying to fit into the community. Just a thought.