The Jay Adams Z Flex Classic At The Venice Skatepark

The Jay Adams Z Flex Classic skate contest was held at the Venice Skatepark last Saturday, and it sure was a great way to spend the sunny afternoon. There was a large crowd surrounding the park all day long, and the vibes were so good it was hard to leave. 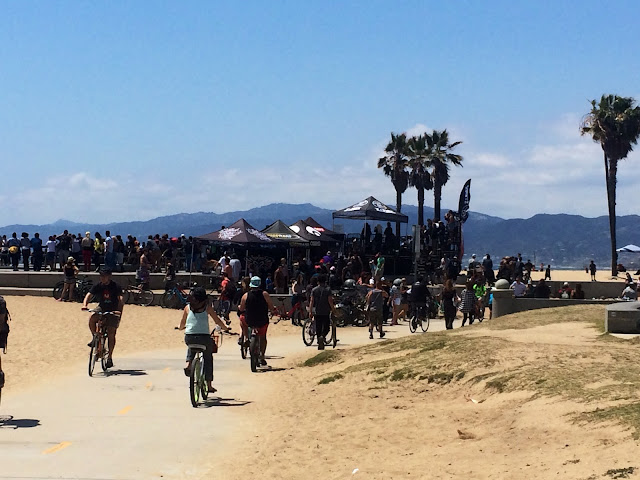 We got there just in time for the Legends session, where skaters like Tuma Britton (also one of the day's MC's, with Dave Duncan), Steve Alba, Bennett Harada, Pat Ngoho, Grimes, Hackett, Olsen all showing what they still got. 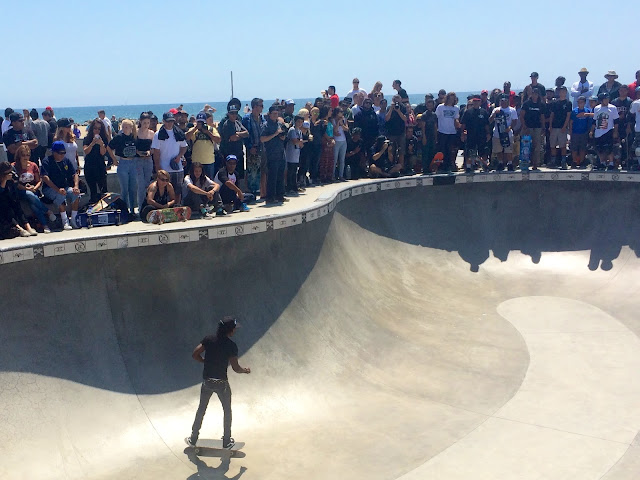 One guy whose name I missed slammed hard on his head, and left the blood there the rest of the afternoon, drying there as a badge of courage. Skate or die style. 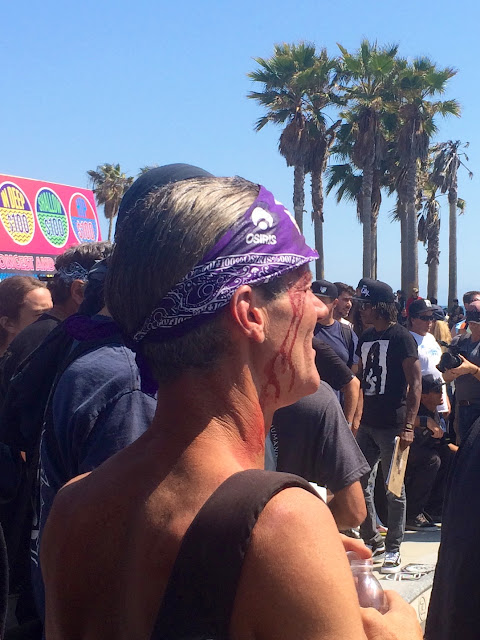 Legends session was a great name, as surely these guys all are, and were skating in honor of their good friend and the contest's namesake, Jay Adams, who passed away last August. His memory was omnipresent as the skaters all tried to outdo each other and try to out-Jay Jay - which simply can't be done. 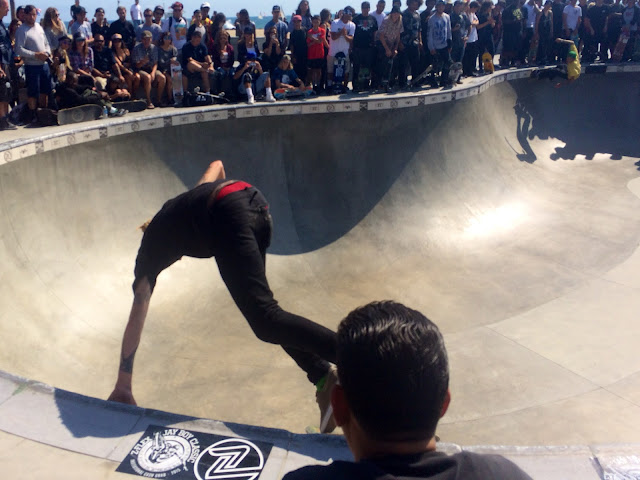 Britton announced the winners of the earlier contests, and when Desmond Shepard was declared the winner of the 10 and under category, he said simply, "Skateboarding is really fun." That was all Britton could get out of him, and cracked us all up when he said, "He likes turtles." Ha! 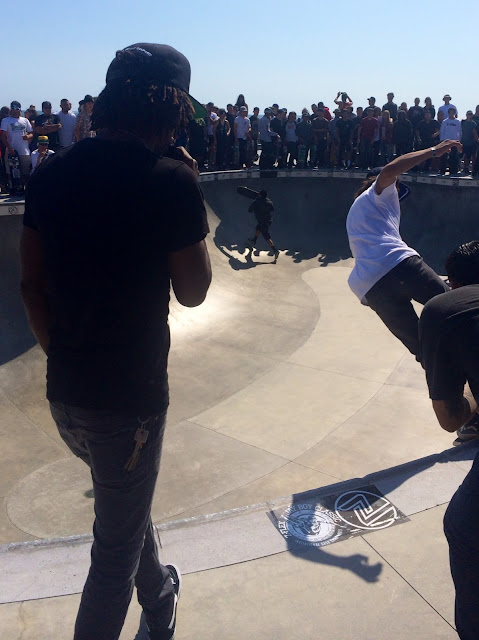 Julian Torres won the 14-17 category, and I think Azara Sanchez (spelling?) won the 18 year old amateur division. I caught up with Sean Johnson (aka "Bowl Rebel"), a kid I'd interviewed a while back, and was happy to see that he'd taken third prize. He was smiling ear to ear, holding up his signed poster of the day, and reveling in what he said were "all the good vibes today. RIP Jay!" 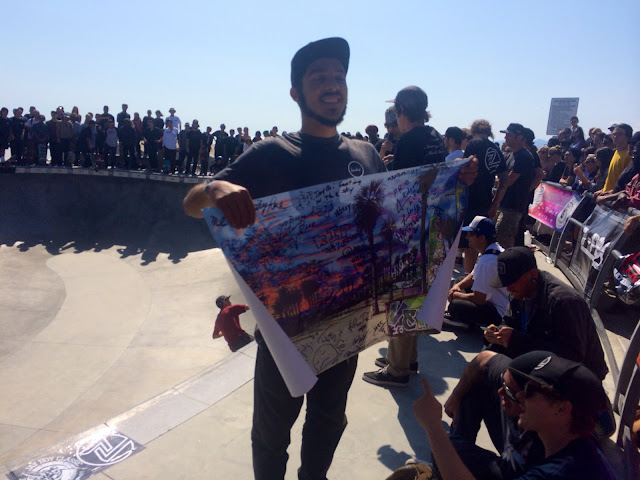 He was right. People were hooting and hollering and laughing and loving it all day. In truth, I'd only intended to stop by for a bit, but it was so fun, and the skating so good to watch, that we hung in there all afternoon, earning a terrible tank top tan line for it, and not even caring. 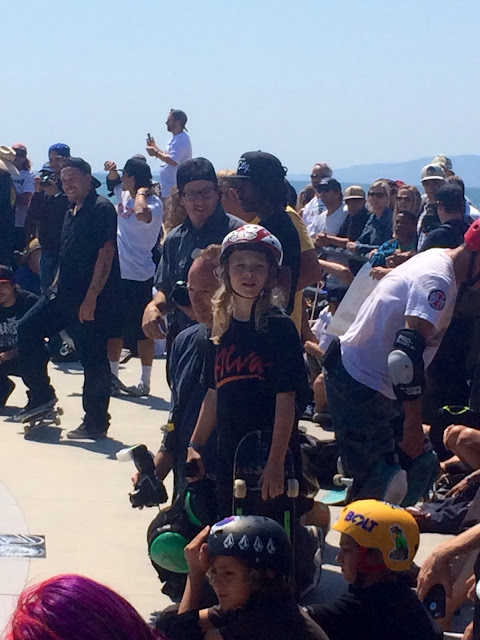 It was great to see all the familiar Venice faces come out and catch up with each other in the sun. It was even greater to see that skating is alive and well, and the kids of today are making their Venice skater predecessors proud. Tuma repeatedly yelled "Look how hard these guys are going, let's let them hear it!" ... because they were. I don't even know how you can keep that energy going ALL. DAY. LONG but these guys (only a few girls, sadly) were going for it. 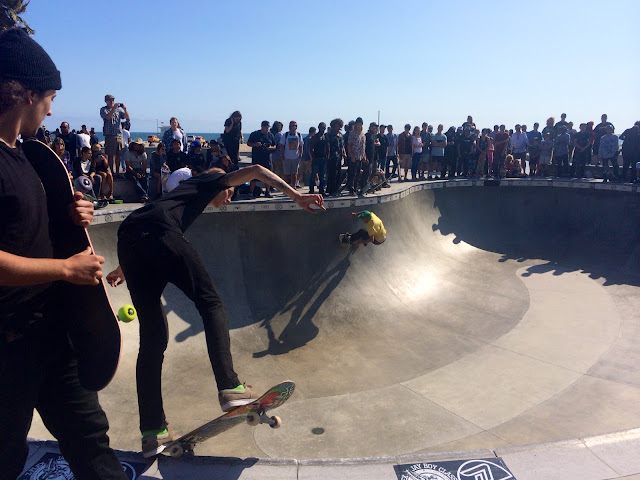 Particularly impressive were a guy named Sky from Seattle, dressed in camo pants and a farmer type hat, and completely giving his all. A guy named Grayson from Colorado was super smooth, like old Tony Hawk. A guy named Robby Russo was great, and a crowd favorite, as was a guy named Santero or something. Sorry I'm not better with names, guys, but you were all ruling it.


The Spirit Of Jay award was given to Willy Lara, who gave it the most Jay-ness of the day. The Cash Grab for tricks was on the rest of the day, and these guys WANTED it. Lots of cash was given out for SICK tricks, and then it was a merch giveaway with things from Black Flys, Osiris, Z Flex, etc. The crowd loved it. I should also mention that great tunes were being spun all day, lending to the party fun atmosphere. 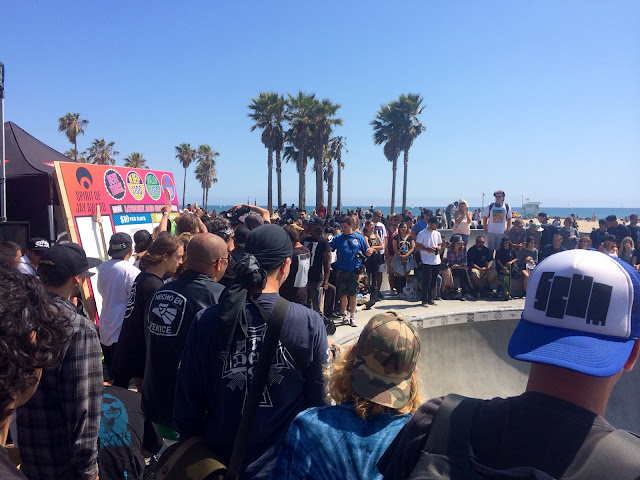 You could see people walking around in their "Venice Skatepark Ground Crew" t shirts, which brings up some housecleaning we need to do. Jesse Martinez has been cleaning that skatepark every day since it opened, out of the goodness of his heart, and with NO help from the city. 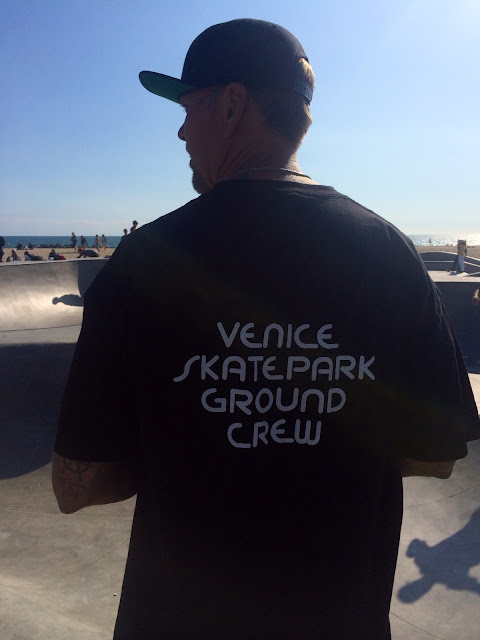 But you can help. You can donate to the Venice Skatepark Fund HERE to help Martinez and Company, so that our Venice Skatepark is clean and able to host wonderful days like this for long into the future. 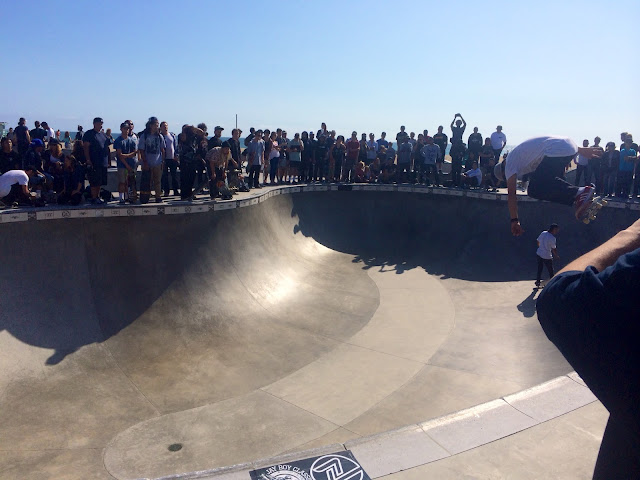 People need to understand that it doesn't just happen, and that this Skatepark is a TREASURE for people from around the world, and for the kids of our own town who are carrying on a legendary tradition. If you were there on Saturday, this was abundantly clear. 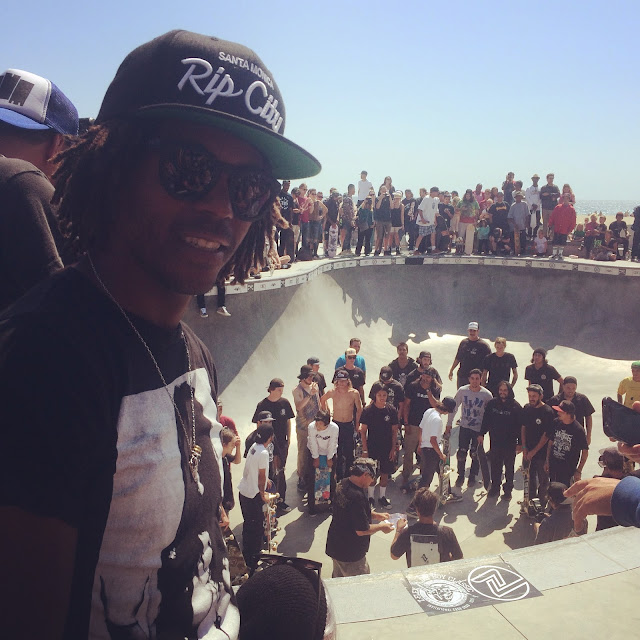 Thank you to Jesse Martinez, the Venice Skate Alliance, Z Flex, and everyone who helped to make such a killer day of skating and fun for everyone. It WAS a classic!