Even In Venice ... Unarmed Brendon Glenn Shot By Police

I was at dinner last Tuesday night with a group of friends, including Louis and Netty Ryan, owners of The Townhouse. The idea was to head over there after dinner for a nightcap, but I bowed out because of an early morning the next day. A couple hours later, there were sirens screaming like crazy, and I wondered what had happened now.

I awoke the next morning to hear the news that an unarmed homeless man, Brendon Glenn, had been shot and killed by the police in front of The Townhouse. UNARMED. Again. Not in some backwards town somewhere where this might not be surprising, but in VENICE. Shocking. Disgusting. ENOUGH. 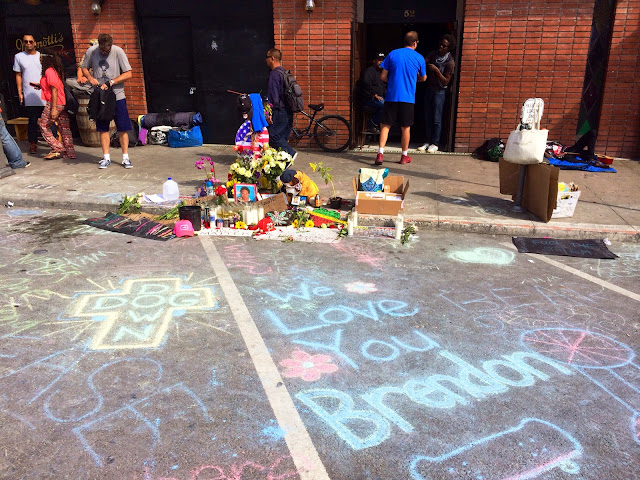 I went down to Windward over the weekend to talk to people and see how everybody was doing with this. The answer is not good. By all accounts, this was not an incident that called for deadly force. Not even remotely. What kind of pussy needs to shoot someone that isn't armed, when you have a bunch of different options at hand, called billy clubs, tasers, mace, and the rest of your police department to back you up? Shoot them dead?! For WHAT?! And if you HAVE to use your gun (which you don't, almost ever), you don't learn how to aim for a foot or an arm or something that isn't fatal?! It's sickening, and seems to be a systemic problem, nationwide. And the People have had it.


There was a march calling for Justice that I could not attend, but was proud of. There was a Neighborhood Council meeting, that I also could not attend, but heard it was both fiery and frustrating. There have been candlelight vigils in front of The Townhouse, but that doesn't bring back someone's father. The tape of the shooting has not yet been released, but every single person who witnessed it is saying a gun wasn't necessary. They don't even have to, the man was UNARMED. 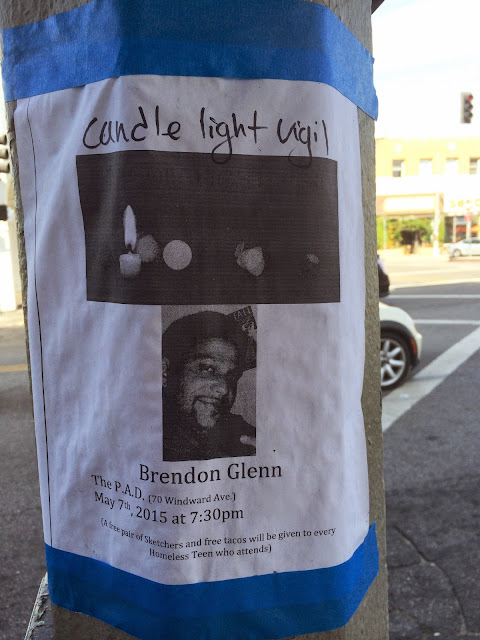 The answer is not more police, Councilman Bonin. They're the ones who murdered this man. The entire country needs to do some long, hard self-reflection. All these gun deaths are not only unnecessary, but shocking and embarrassing as a citizen of the world. What kind of crazy people kill each other like this over nothing ... all the time?

It's incredibly sad. You don't think it could happen here. But it did.  And it has to stop.

Rest In Peace, Mr. Glenn. We're all so very sorry this happened to you, here of all places.