When it's breezy at the beach, you come up with field trips. Sunday's excursion was to Hollywood to check out the Paris Photo exhibit taking place at Paramount Studios. As my brother, Paul, is one of this town's very best photographers, we thought we'd go take a gander at some of the work by his peers. 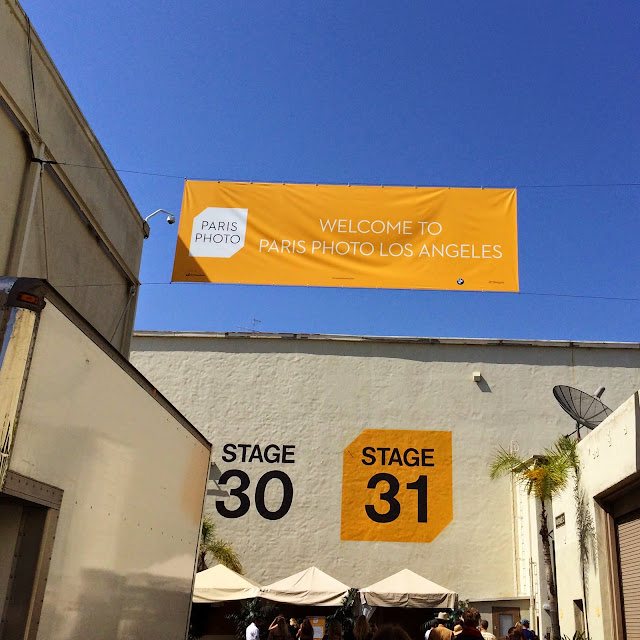 It was a gorgeous day, and the show was a big, sprawling affair so you got a chance to be outside strolling from booth to booth, so you didn't have to feel guilty about being indoors. 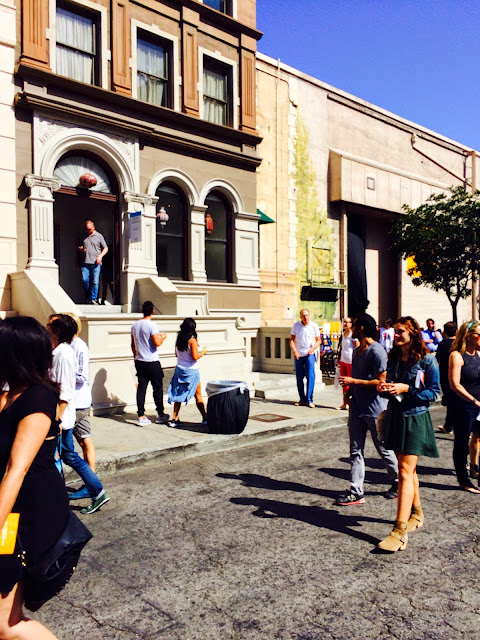 Sprawling, because this exhibition hosts 80 galleries from 17 countries around the world. There's so many photographs to see that it's a bit overwhelming (especially when you had to keep an eye on the clock to not miss a second of the Minnesota/Chicago hockey game). We did not nearly see it all. 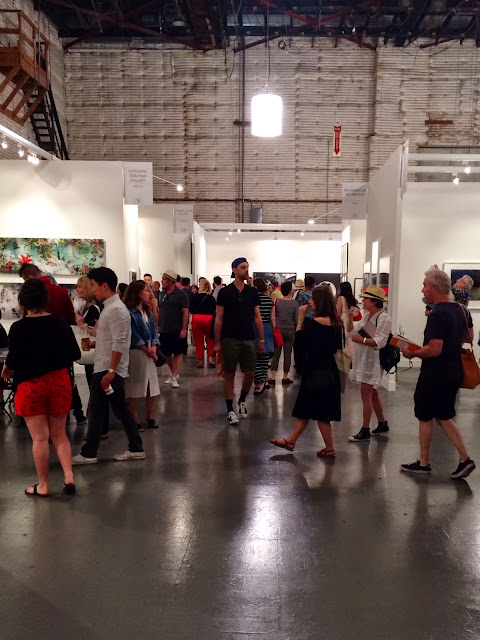 The huge sound stages were set up like a convention center, with each gallery having a booth to display their artists' works. 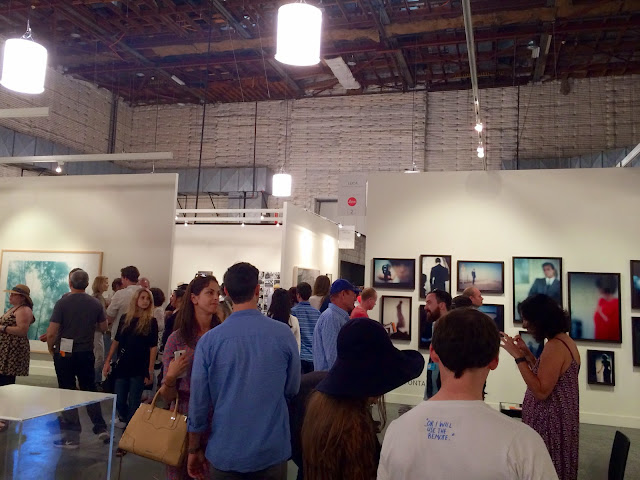 The New York backlot streets had all their storefronts filled with galleries, some so tiny that lines formed in front while one or two people at a time looked inside. 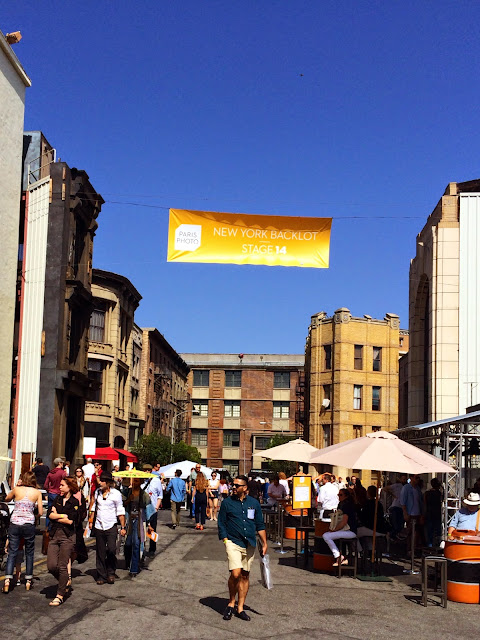 There seems to be a trend recently in photography where the subjects are blurry or out of focus on purpose. I don't love it. I'm always a sucker for an ocean photo though, and there were quite a few of those to choose from, so I'm fairly confident I'm not alone there. 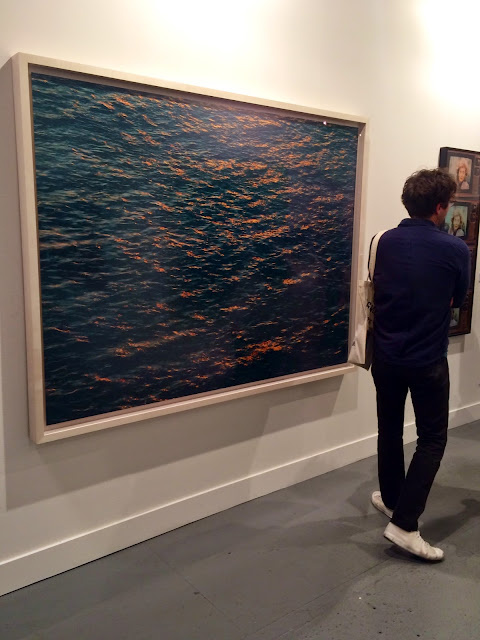 With all the great (and not so great) photography to look at, I'd have to say the people watching was even better. 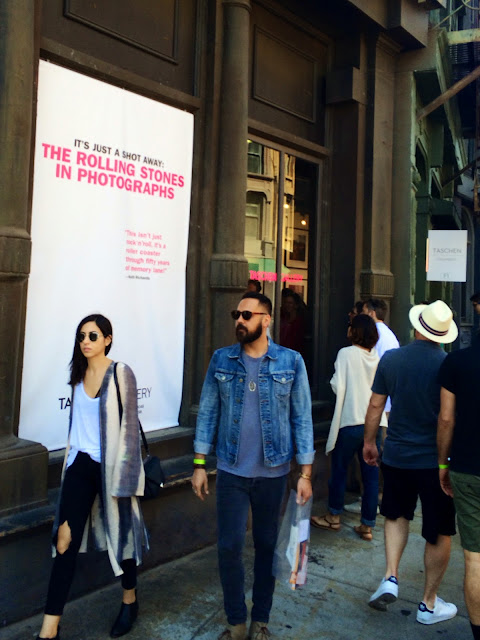 The trend among ladies was big hats and rompers, or as Paul put it, "There's a lot of '80s "Holiday" Madonna here." He speaks the truth. 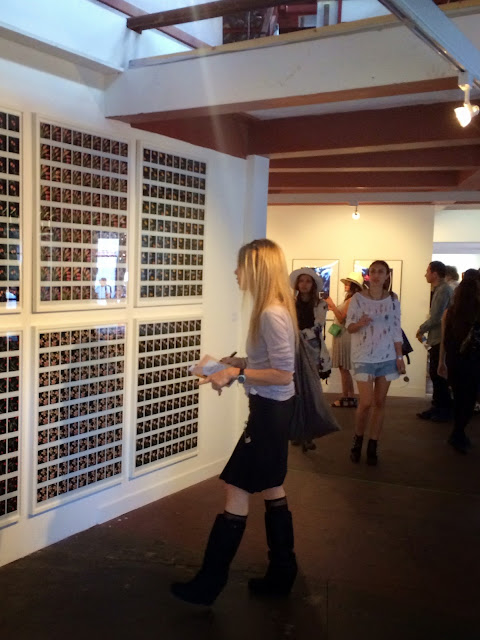 There were so many hipsters in the place that Paul also cracked, "How did the Hipster drown?" I didn't know. "He fell into the mainstream." BAM! And it was happening before our very eyes. 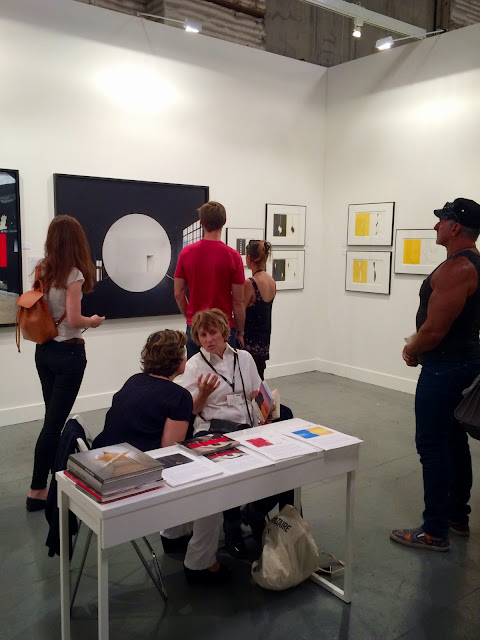 The good spots to do this people watching from were the various bars set up around the lot, so you didn't have to be thirsty - or sober - while you checked it all out. There were also, of course, the ubiquitous food trucks that now seem to be a requirement of any larger scale event. Because it's so fun to stand in long lines to eat food off of a truck. I guess. We passed. 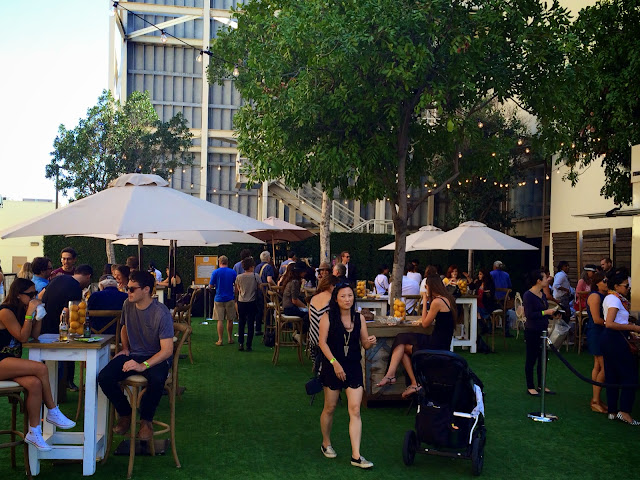 There were also spots for the photographic book people, well represented by the Taschens, etal ... The Rolling Stone photos were cool, but nothing that you haven't seen before. That was the thing with this show, was it didn't really feel like anything you hadn't seen before. 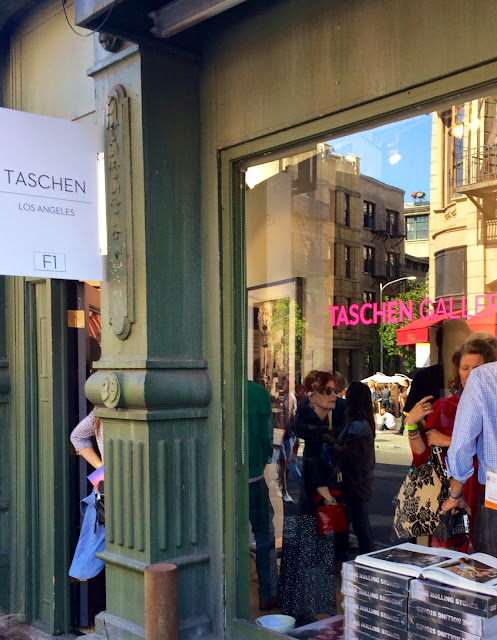 With SO many fine photographers in the world - and now everyone can be one with their Iphone cameras - you really do have to figure out some way to distinguish your work from all the rest.

I liked how this person turned their nudes into a little house of film. 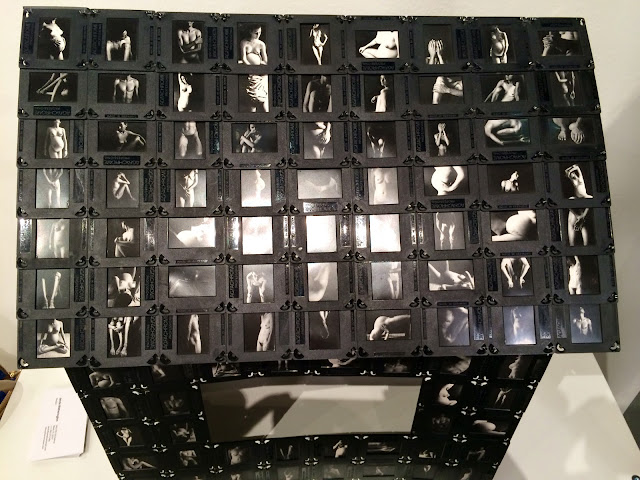 I liked the sentiment on this photo book. 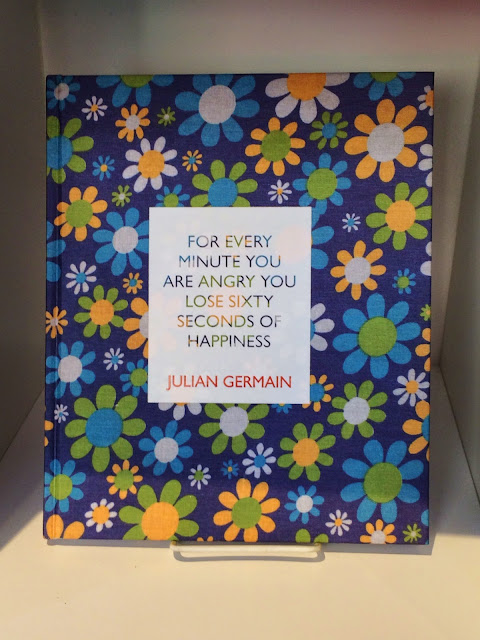 I was a total sucker for the beach photos by David Alan Harvey. 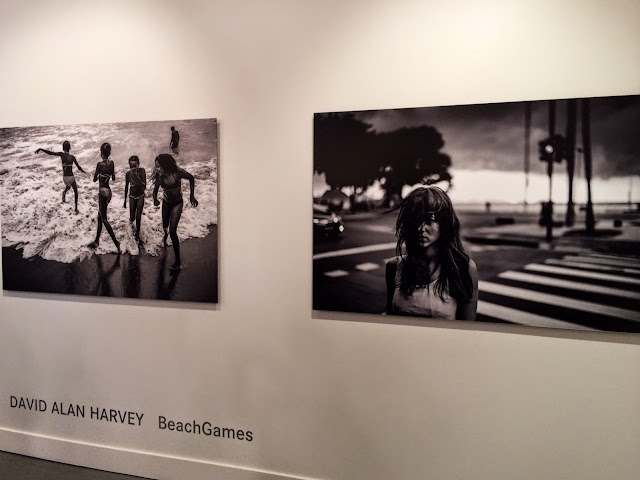 Frankly, I spent a lot of the time thinking my brother's work needed to be there. I'm definitely biased, but I also know what's good, and Paul Gronner Photography should really be featured in there next year, Gallery Owners. You'd be cleaning up, from what I saw. 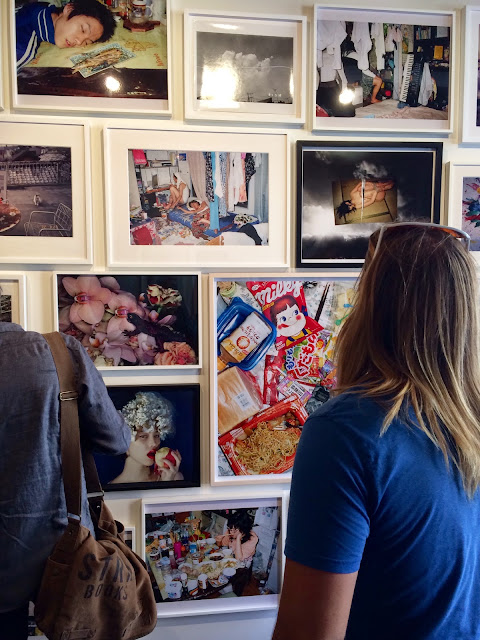 That was seconded by the friends we'd bump into along the way, who confirmed that sentiment, unprompted. As the clock was ticking, we did one last lap, which was cool, because we turned the corner to see skater/artist Ed Templeton sitting there signing his art book. Cool. 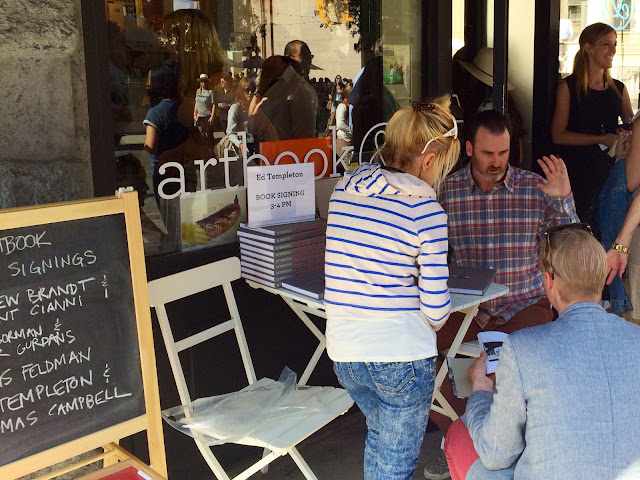 Though it was tempting to take a seat in the sunshine outside the Parisian looking cafe, we had to split. I know now that a couple hours is not sufficient to take all this in, so will plan accordingly next time ... and hope to maybe be sitting there myself, helping to share Paul's work. 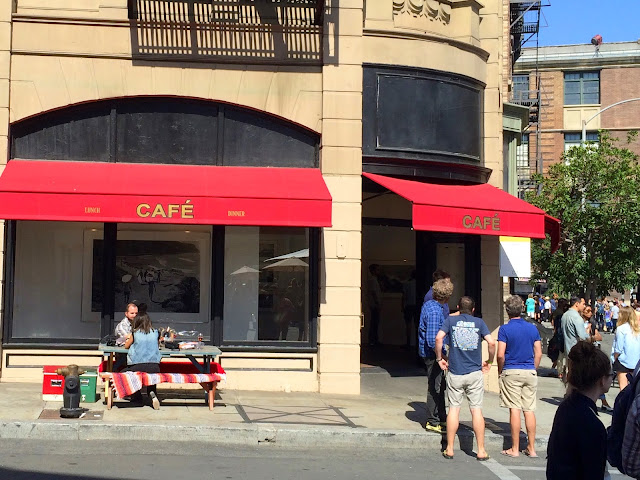 It was inspiring to once again see a whole bunch of people out and about in the name of art (and maybe just a little bit about being seen) on a sunny Sunday. Thanks for the good time, Paris Photo!