The Roosterfish - Serving Venice Since 1979

Walking down Abbot Kinney, I heard a lady (carrying bags from a chain store) say to her friend, "Oh, that's a gay bar," as they passed The Roosterfish - and kept going. It most certainly is, and according to owner/manager of 23 years, Gary Mick, one of the hardest things about running "The Fish" (as he endearingly refers to it) is keeping it gay. 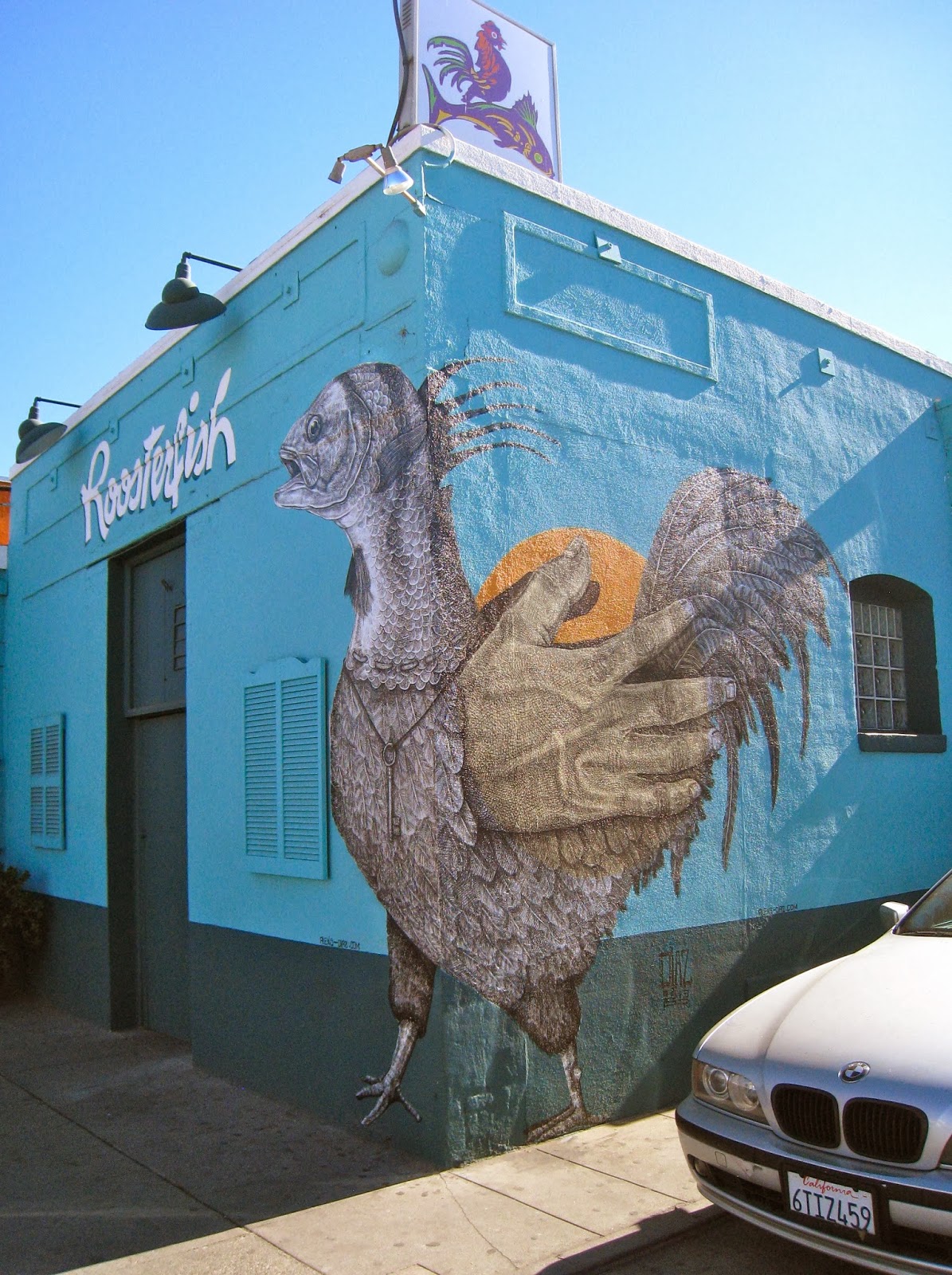 When so much of the town is getting fancier (and duller), sometimes you just want a down home, stiff drink. With the choices getting slimmer and slimmer for that kind of outing on the block, sometimes we'll find ourselves throwing out The Roosterfish as an option. It's always cool, gay or straight. I sat down recently to talk with Mick about the bar's origin, history, current days and what it's like to be pretty much the only gay bar on the west side these days. 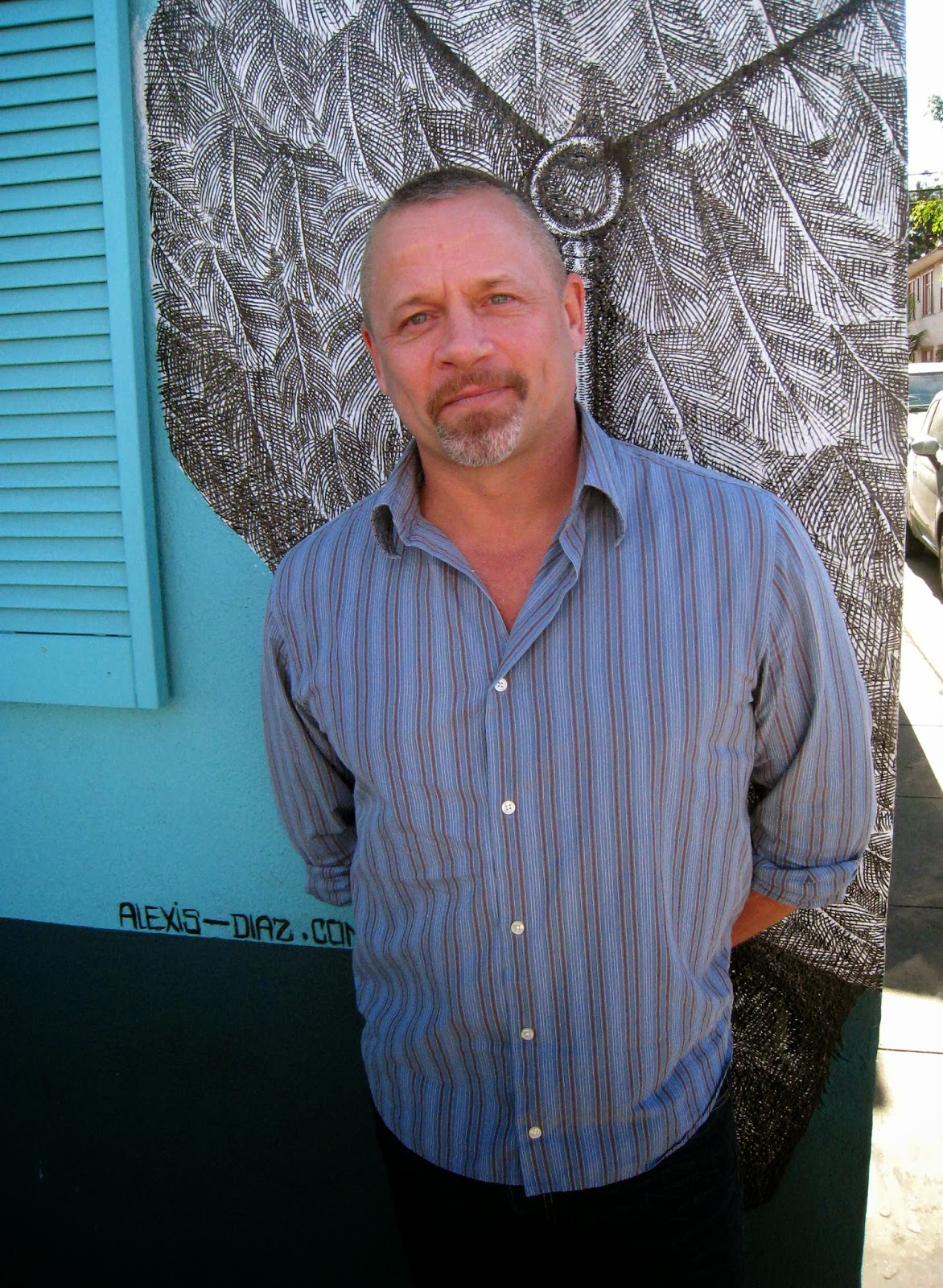 Walter Schneider and his partner B.M. Alexander were pioneers of the gay part of West Hollywood, opening their successful bar, The Gallery Room, in 1962. They also ran a hot club of the day, the Up Disco. After a while, Schneider and Alexander decided they'd like to live in Venice, and a friend found them a prime location on Abbot Kinney (when it was still called West Washington) to open a gay venue at the beach. Contrary to popular belief, the name "Roosterfish" doesn't have anything to do with the cock angle. It was chosen because Schneider and Alexander loved sailing and fishing off the coast of Cabo San Lucas, and the roosterfish is an especially feisty game fish, with a comb on top like a rooster. So there you go. 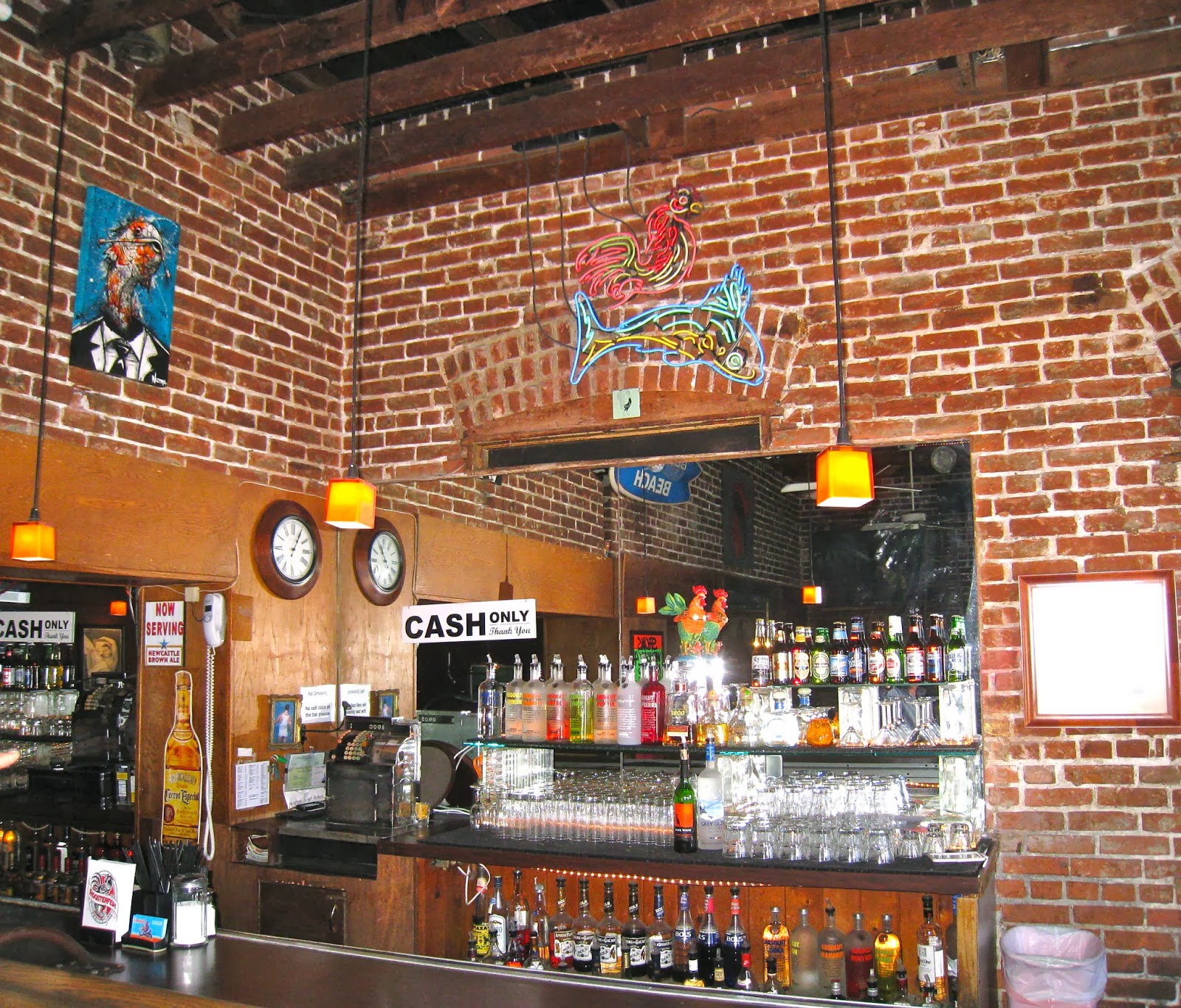 Schneider ran The Roosterfish until his death in 2006, and left the bar to four of his friends, including Mick. Mick still gets choked up about Schneider's death, as they'd grown very close over the years, and Schneider's presence is clearly missed every day at The Fish.

I asked if there were any old photos I could see from back in the early days, and Mick amusingly answered that there were some, but they all look exactly the same as the bar does now! And that's exactly what people like about it ... with all the change going on in Venice, it's really nice to have a place that keeps it as real as they ever did. "We try to keep it looking this bad consistently." Rad. The only things that have really changed are some lighting, and the art changes out every 8 weeks ("Always homoerotic or male nudes.") so hit up Mick if that's your artistic genre. 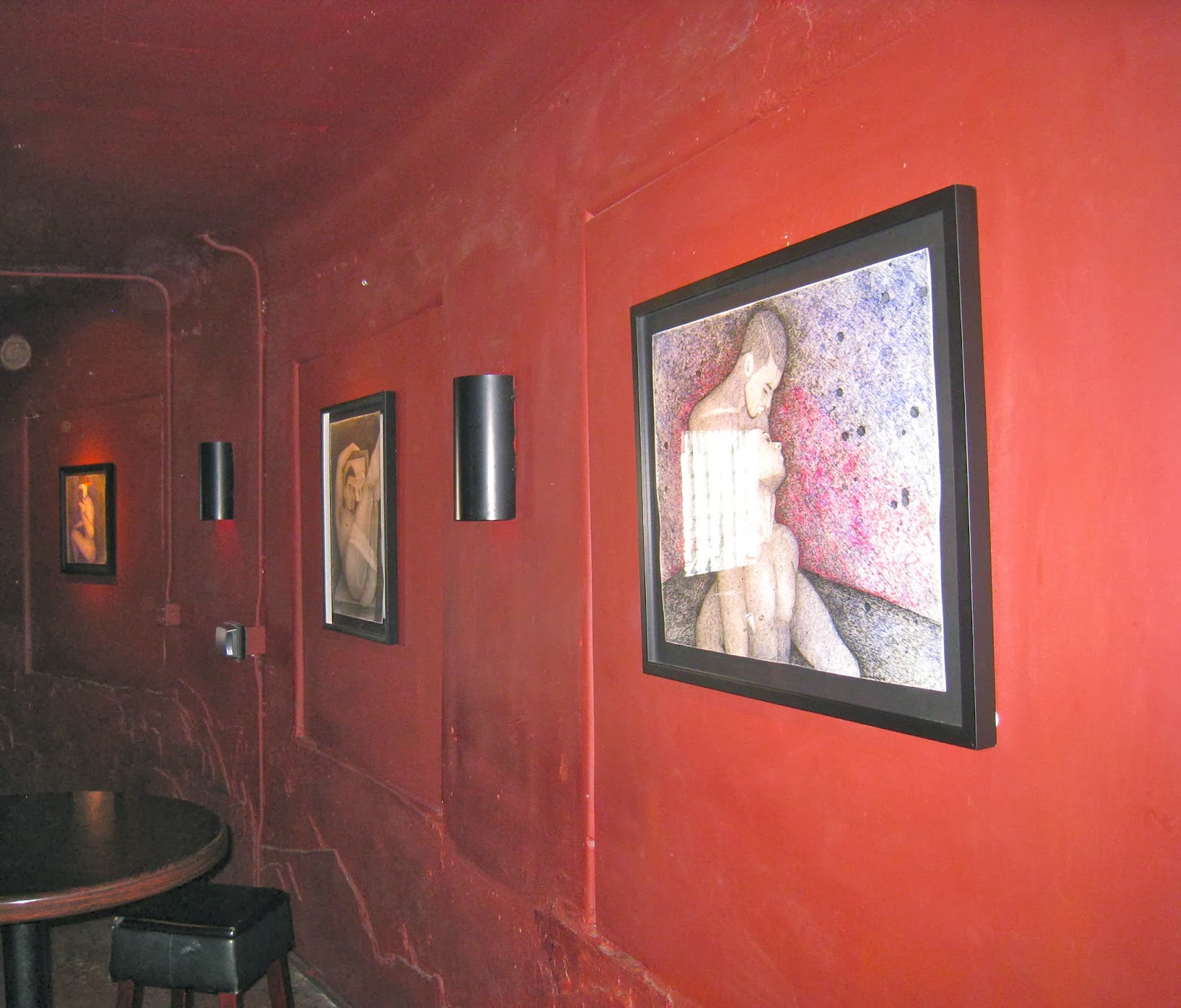 Though Mick threw open his arms and said, "Everyone is welcome at The Fish!", I did need to ask if it's annoying to have straight people (like us) come in and hang out. He laughed and said it did bug some regulars when that happens, because there are so few truly gay bars around anymore ("Even West Hollywood is all metrosexual now ..."), especially on the west side. He explained that the gay bar is a very important step in someone's coming out process, and a bar like The Roosterfish is a safe place for newcomers to get comfortable with their sexuality and be around like-minded, understanding peers. So straight people are certainly welcome, it should just be understood that it is what it is, and it is a gay bar, a main meeting place, so be mindful of that. There's also no need for straight guys to grab their girlfriends and make out with them right when they walk in to pronounce their straightness. The Roosterfish guys already know. And laugh at that.

In all the years that the Fish has been around on Abbot Kinney, I've never once heard a problem or complaint. If anything, people are happy The Roosterfish is still around, keeping the street a LITTLE bohemian, a little true cool still. Mick says the LAPD never have had to come, (even during the heavy gangster times that happened nearby). The very few times there have been physical altercations, it's always involved a heterosexual male - usually drunk. Mmmm hmmm. Mick didn't think there were too many stories to share that would be good in a "family" story (ha), but if those walls could talk ... you'd want to listen. 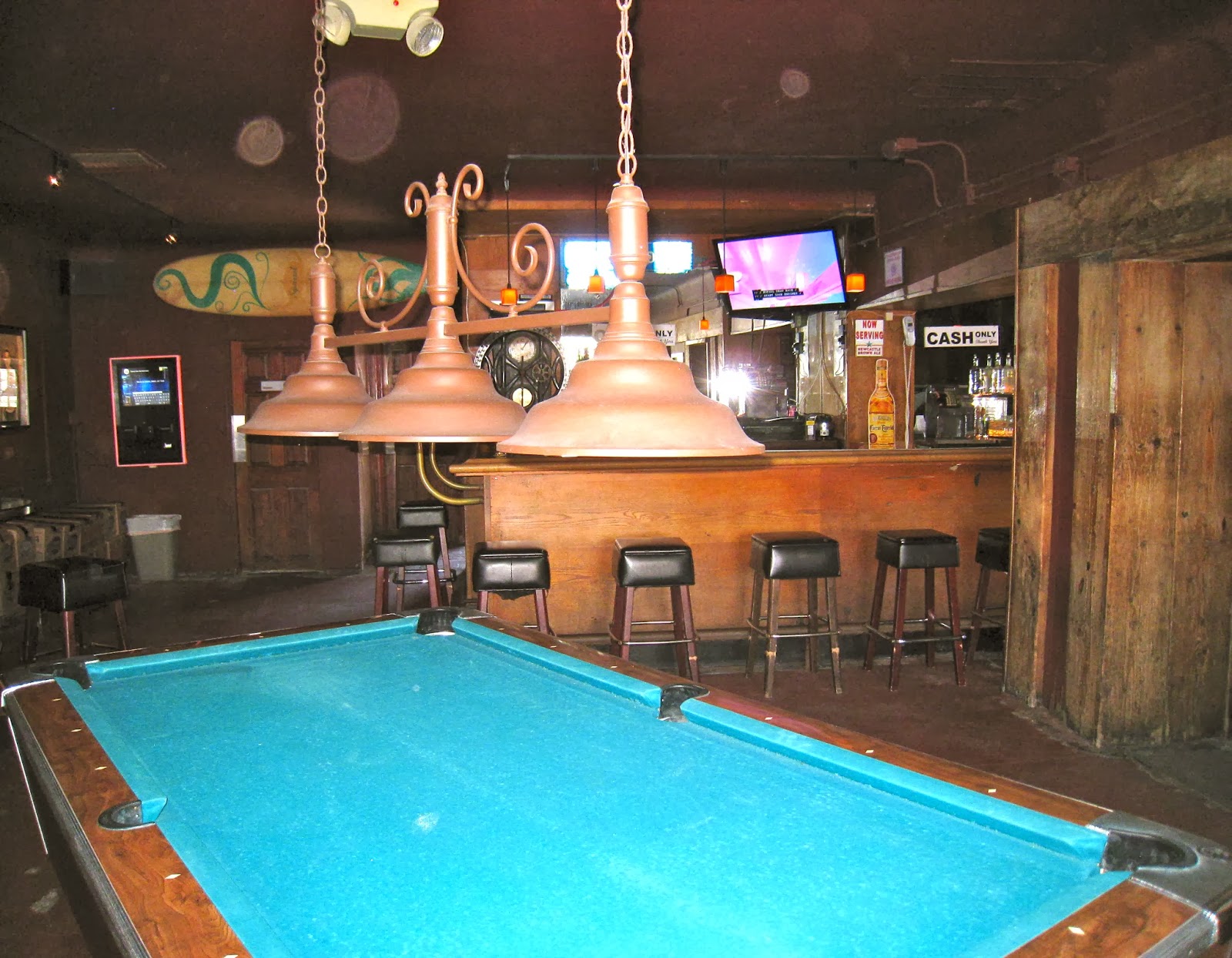 We were talking about First Fridays ("No regulars will come anymore that day, it's too big a hassle" - yep), and all the development (which has been good for business, admittedly, if not character or sense of place), with stuff like the ridiculous proposed hotel for Abbot Kinney. Mick cracked me up when I had said people at the LUPC meeting about it were citing things like transients and pedophiles as (dumb) reasons to oppose the thing, and he said, "Well, they could just send them our way!" Ha! Neither of us want to see the street turn into another Promenade, though it seems to be going that way a bit. At least the Fish helps to still give it some edge. 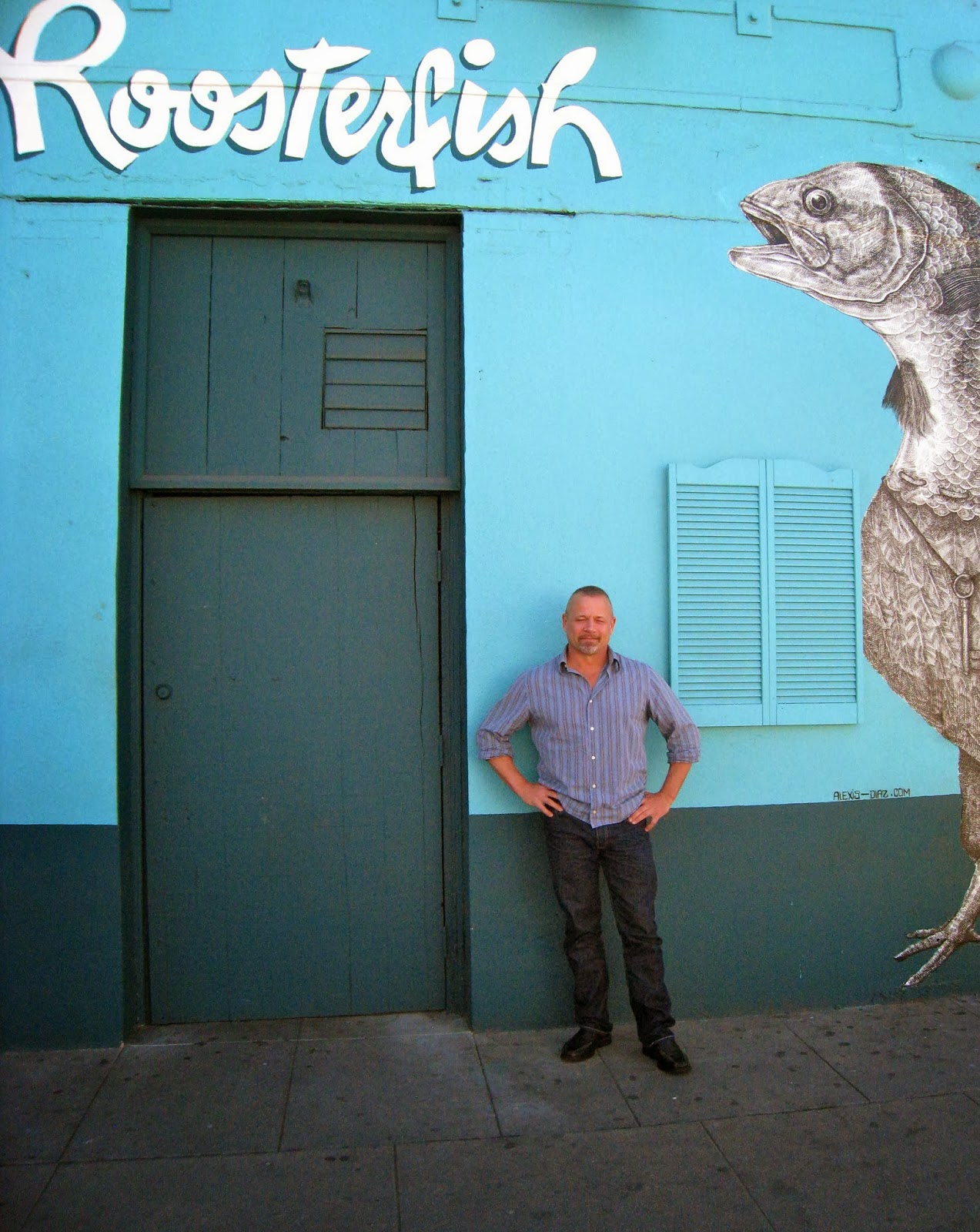 The Roosterfish will be celebrating its 35th year open in Venice this March, and when I asked Mick his feelings on that, he said, "I want to say thank you for the respect all these years. Venice treats us very well." Respect and being treated well ... the makings of a long and happy community (or any) relationship. Congratulations to The Roosterfish on their 35th - and many more!