I was racing down Abbot Kinney on my way somewhere the other day, when something on the corner of Andalusia stopped me in my tracks. A metal box with "Peek!" scrawled across it. 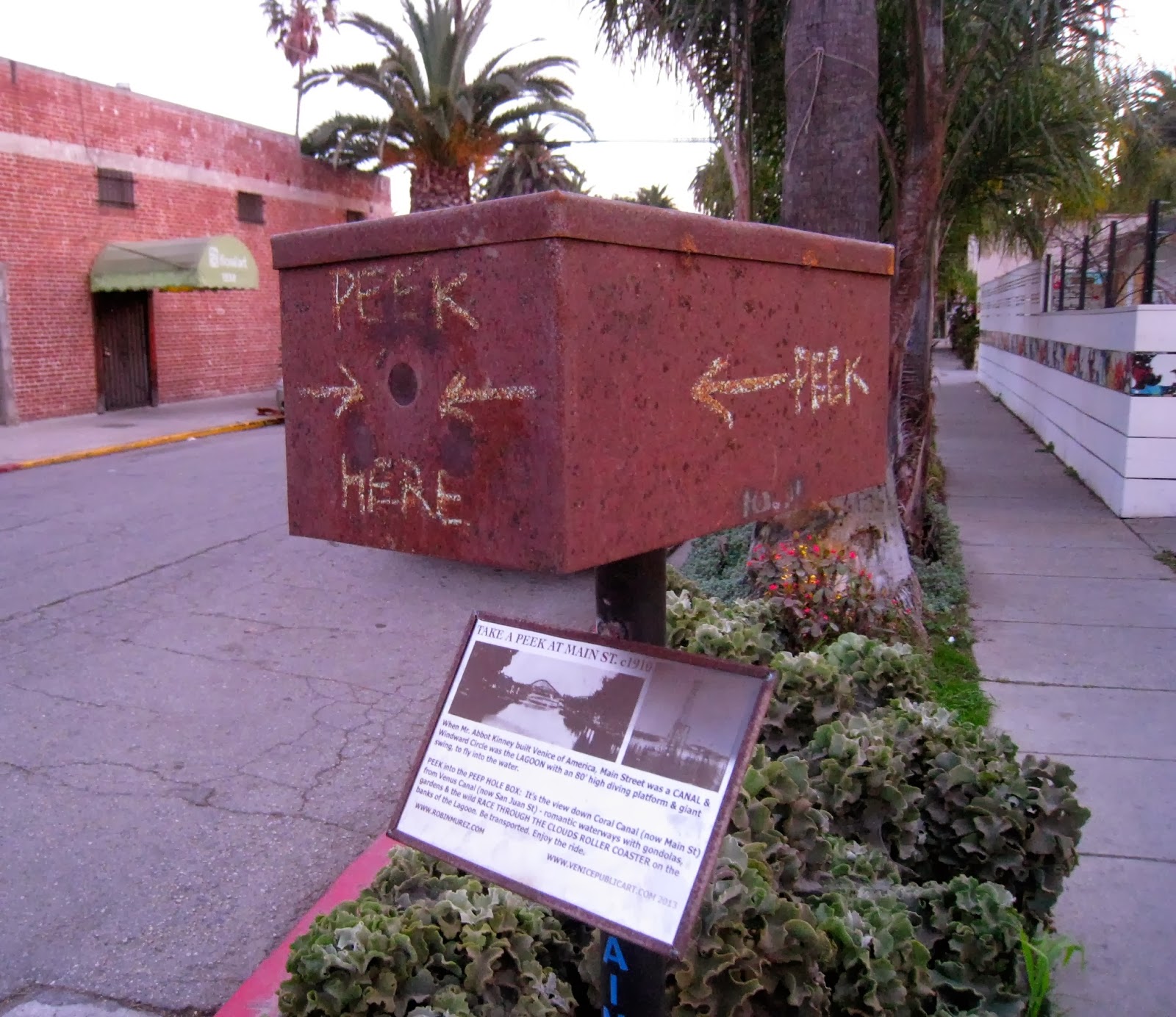 Of course, you have to. I peeked, and was delighted to see an old-timey photo of Venice, Abbot Kinney the Man era, as a kind of 3D diorama inside. 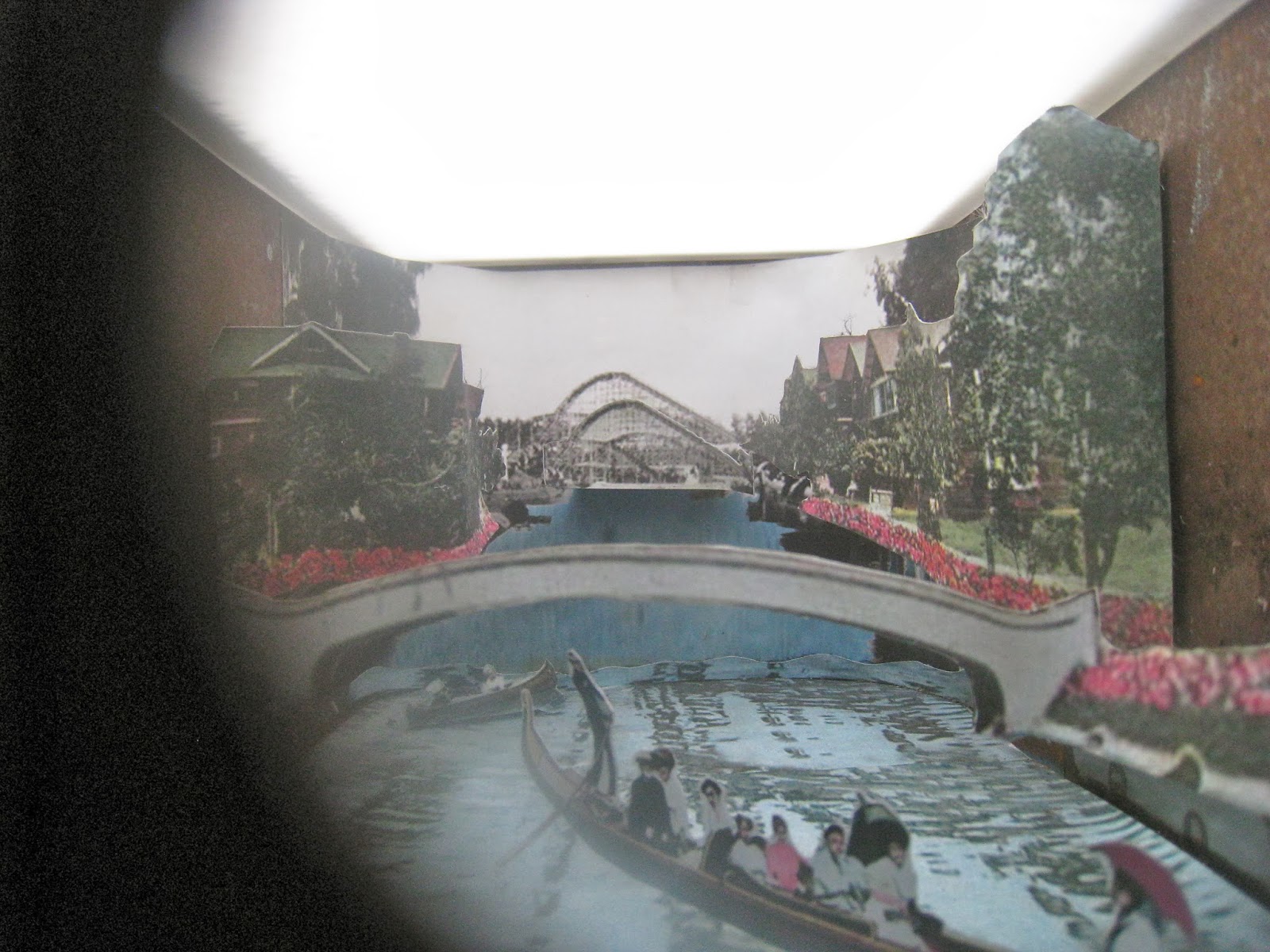 The little plaque beneath the box explained the history, and I noted that it was done by Venice Public Art  - aka Robin Murez, formerly of Robin's Sculpture Garden on Abbot Kinney. Murez lost her eclectic space on the boulevard after 12 years (as so many of the original shops and businesses have in the great money grab/rent ruining Abbot Kinney's charm), and has re-located her studio to 2935 Main Street in Santa Monica. Somehow that doesn't seem right. 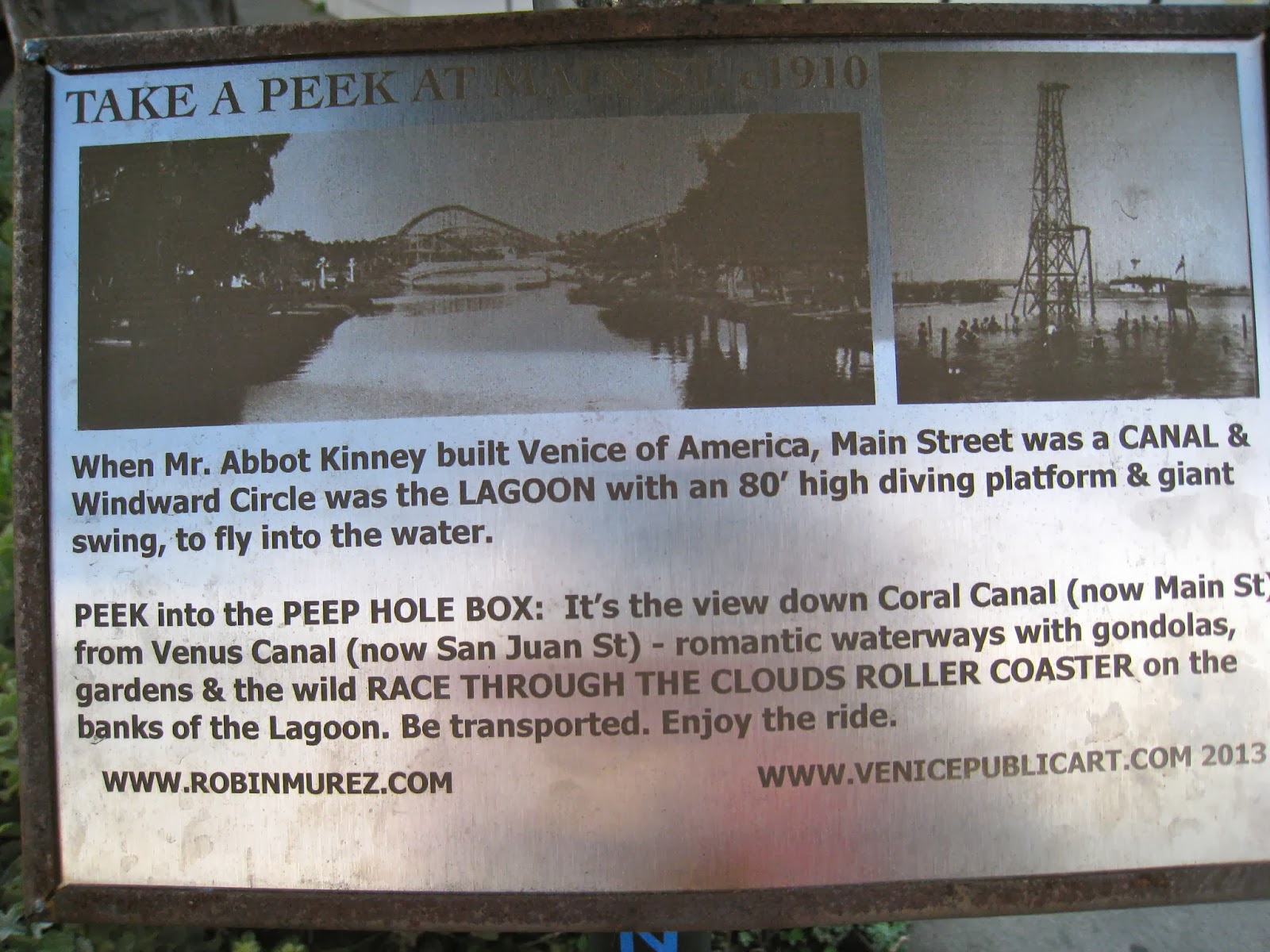 These surprises around town honoring the history of Venice are the mission of Murez and her Venice Public Art projects. From murals of Abbot Kinney and the camels he envisioned cruising around, to the labyrinth on 6th and San Juan, Murez keeps coming up with creative and fun ways to keep the legacy of Abbot Kinney and Venice alive. She sticks with it, even when some local people have her arrested for painting little blue waves on the streets that used to be canals (Give me a break. We NEED more fun and originality around!). Store owners (or creative/anarchist artists that want to help!) that have spaces for sculptures or paintings (or who knows what could happen!) can contact Murez at www.venicepublicart.com. 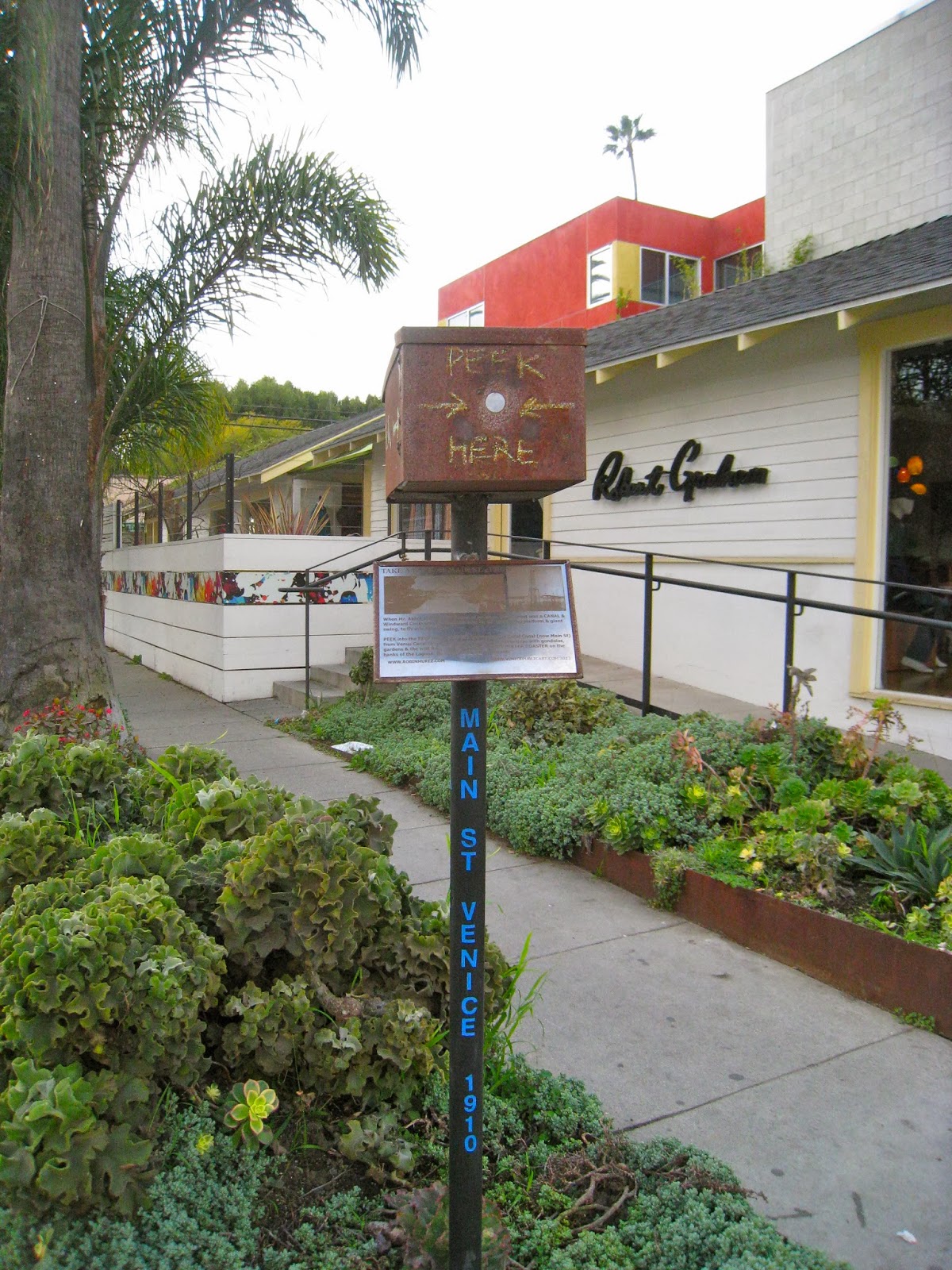 Take a peek when you're strolling down the boulevard next time. Better yet, surprise people yourself! It's way more fun around here when that kind of thing happens.