If you've ever gone out in Los Angeles, chances are you've seen Paul Chesne play. One of the - if not THE - hardest working musicians in L.A., Chesne has been listed in the L.A. Weekly or L.A. Times Calendar section, usually multiple times, every week for the past 15 years. That's playing out an average of three times a week, on top of a full-time (mercifully flexible) day job, handling everything himself. Because he's a musician that simply loves to play. 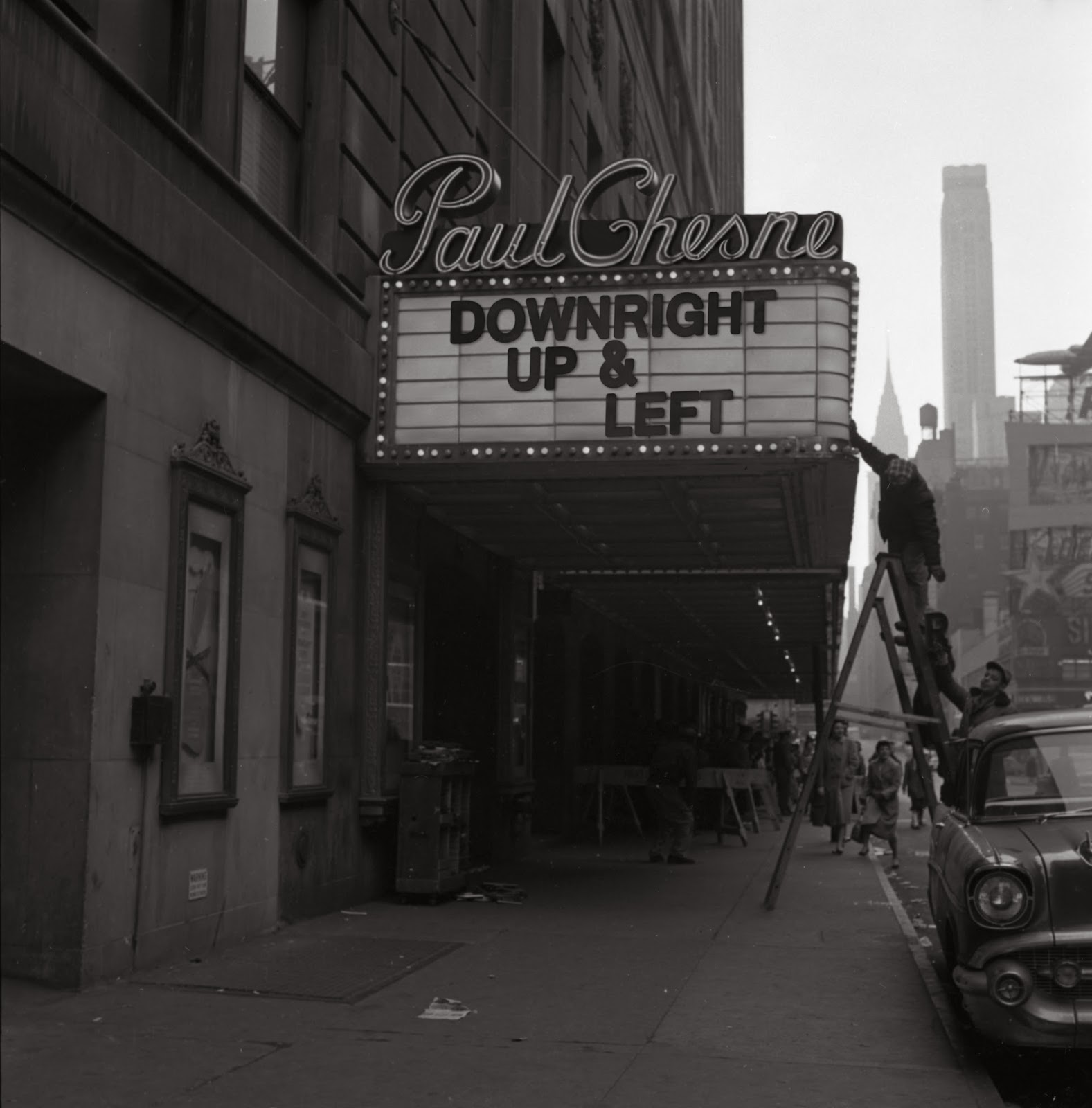 That is clear to see at each and every gig (and I've been to many of his roughly 1,400 gigs over the years), as both Chesne and his audiences are all there to live the rock and roll. It's just plain fun, every single time. After all these years of dear friendship and fond rock memories, Chesne and I finally sat down to chat about it all over some rare Green Spot Irish Whiskey at The Townhouse the other night. As we do. 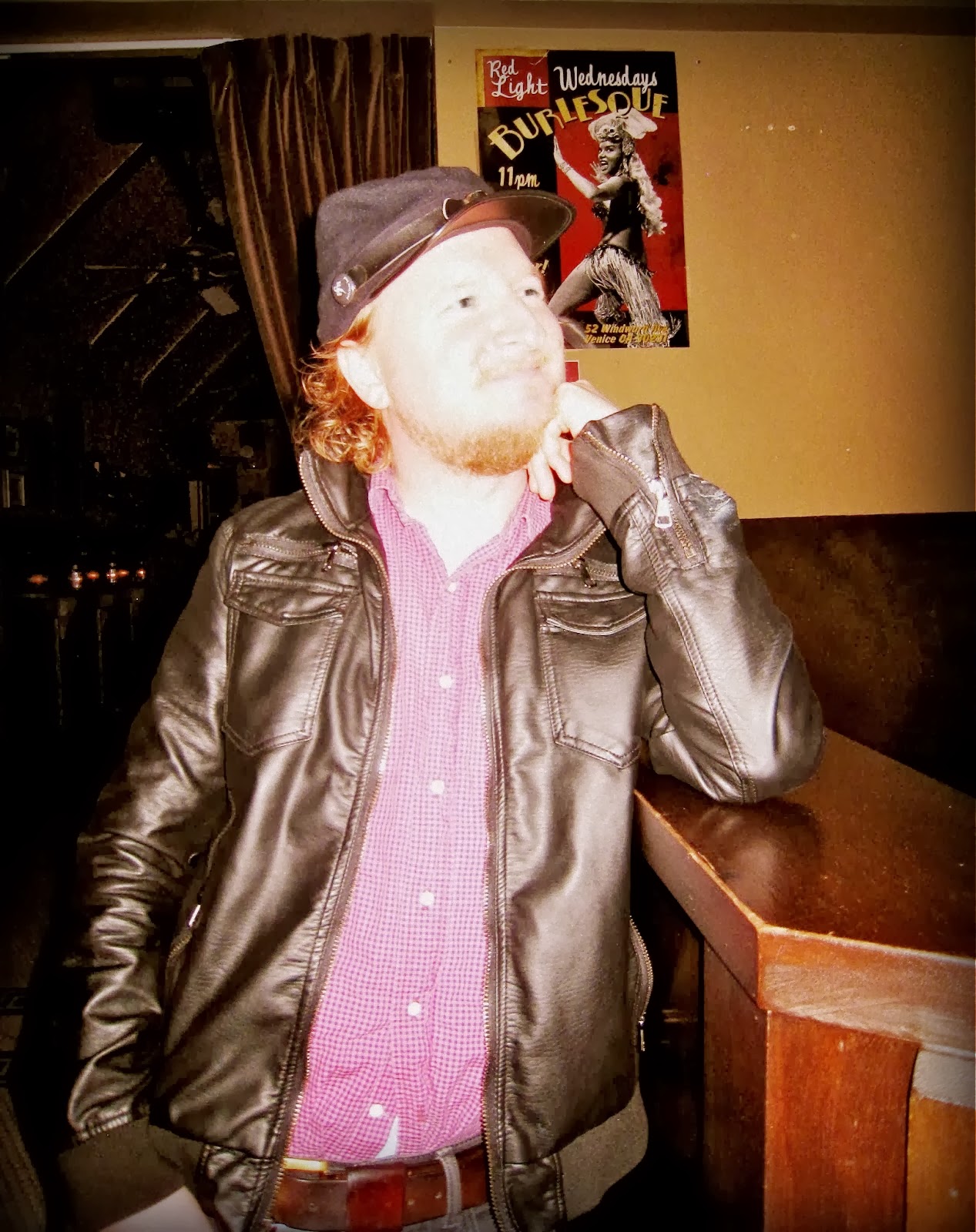 Born and raised in L.A., Chesne picked up the guitar at the age of 12, after seeing Marty McFly jam to Chuck Berry in Back To The Future. He took some lessons, learned and dedicated his life to it. That continued through his time at UCLA, when in addition to all his reading and learning, he began playing open mic nights around town, often at Canter's Kibbitz Room (where he could be found up-ending an open mic night as recently as a week ago). The schooling is evident in just regular conversation with Chesne, but also always shows up in his razor-sharp song lyrics, deftly wrapped up in some of the catchiest Americana twang rock jams ever. 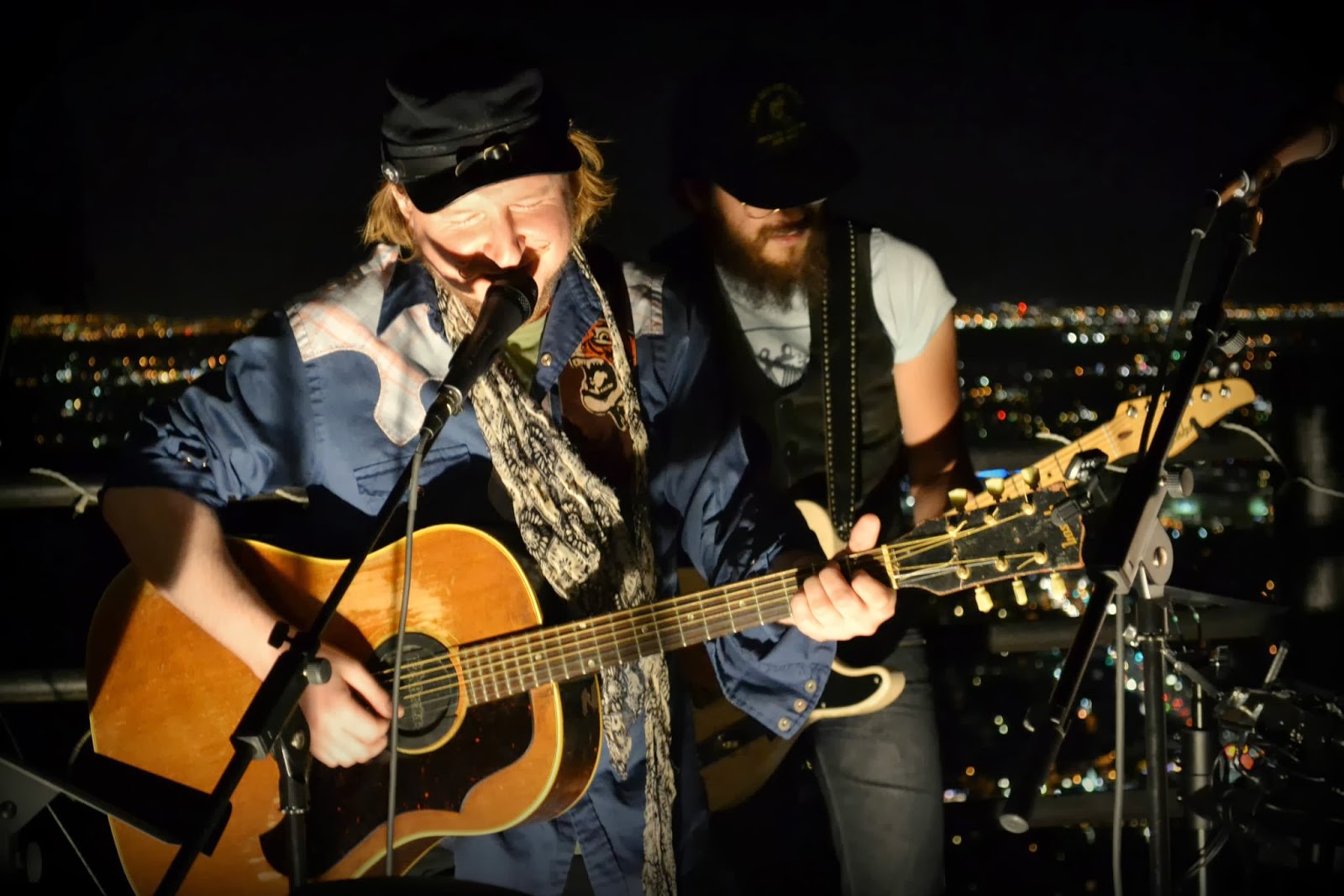 The brand new (today!) Paul Chesne album, Downright Up & Left is a perfect showcase of all those years of gigs and learning ... it's drum tight and thought provoking, all while rocking your face off. CD Baby describes it as "Beautiful, dark and groovy." That's certainly true, but doesn't begin to capture what it's like to be at every live Chesne show. It's a full on rock experience. Chesne and his band are going all out on stage (and into the audience ... up on top of the bar ... sometimes out the door on to the sidewalk ... pretty much anything goes. You will leave sweaty. You will leave smiling. You will leave happy to have been there - no matter how many times you've seen them. 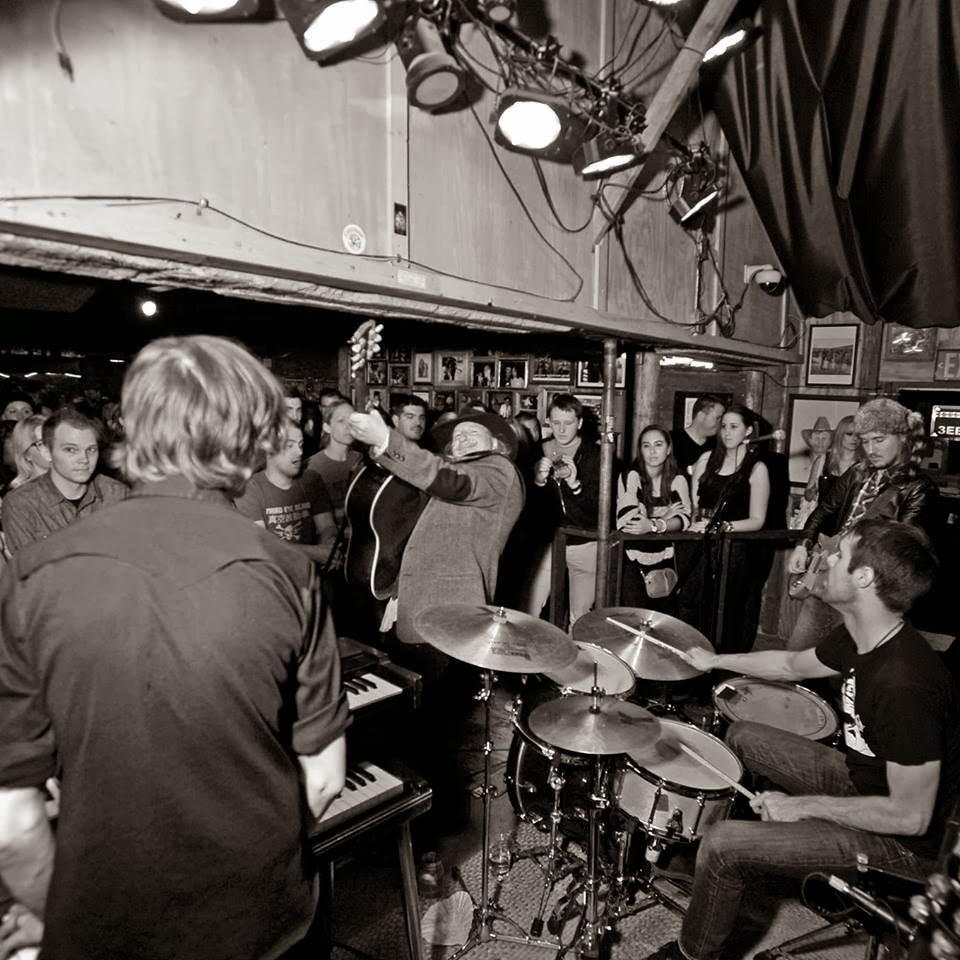 Chesne and his always excellent backing band benefit from playing so many gigs ... they all just full-throttle it, and expertly follow the many "Chesne-isms" - musical tangents that both keep the band on their toes and make every show one of a kind. It's like the Beatles theory in Malcolm Gladwell's Outliers ... when you play out live that much, you're going to be awesome. This is quite an accomplishment over the years, with bandmate turnover, burnout, personalities, frustration, triumph, exhaustion, bliss, thousands of van miles, and gigs from makeshift to epic. As Chesne says, "There's been Hey Days and Dark Days, sometimes in the same month." Such is the life of a true rock and roller. 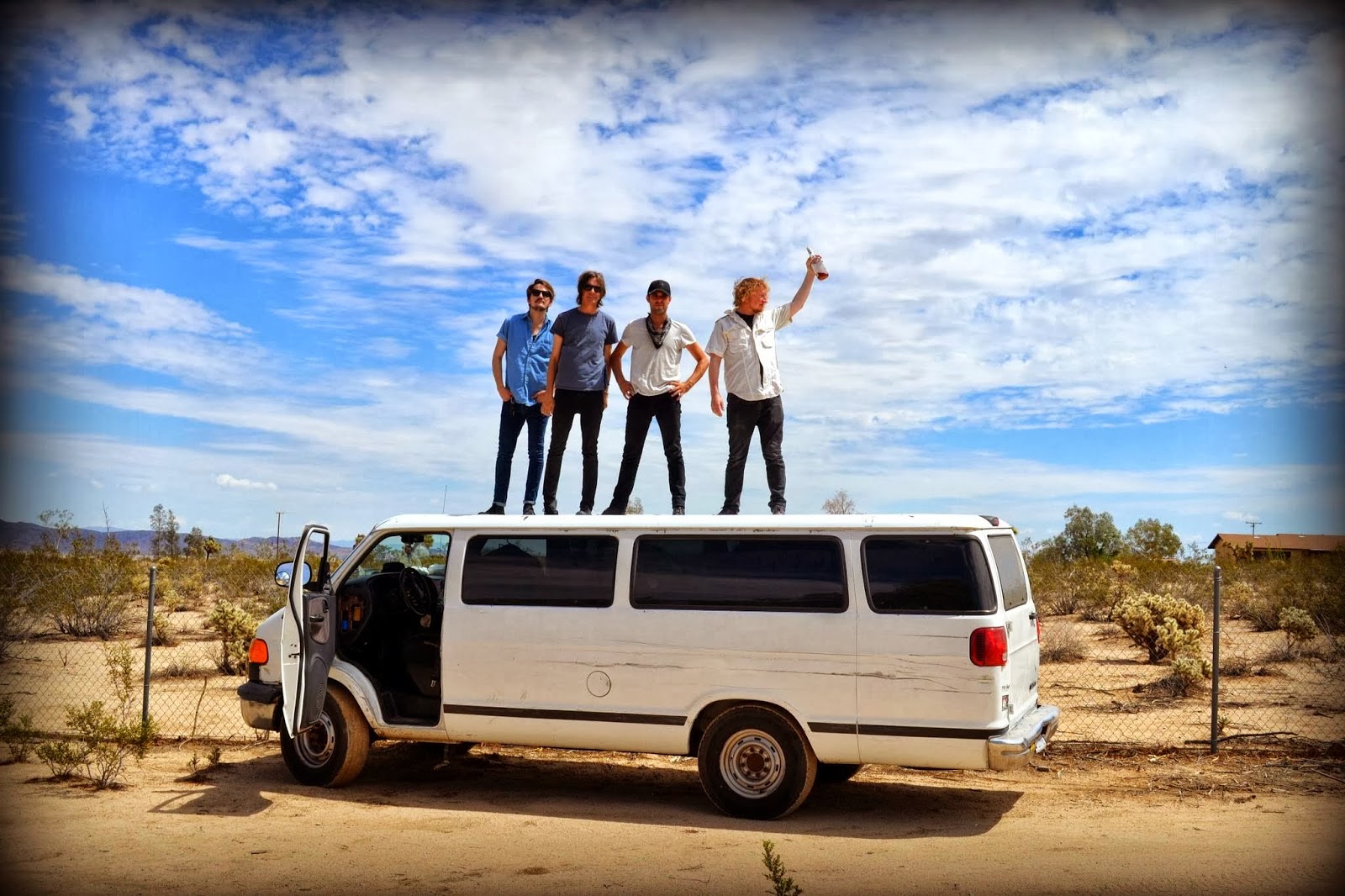 With the release of his latest album - all bought and paid for himself, through good old fashioned hard work, not some crowd-funded project as is so common these days. As Chesne says, "I put my money where my mouth is." This album is more "artsy", according to Chesne. "I'm divorcing myself from any commercial intent, and really committing myself to being an artist, and to my belief in the SONGS. I've never sold out. I've TRIED (ha!), but I never have. I don't owe anybody anything, and I'm proud of that." He should be. 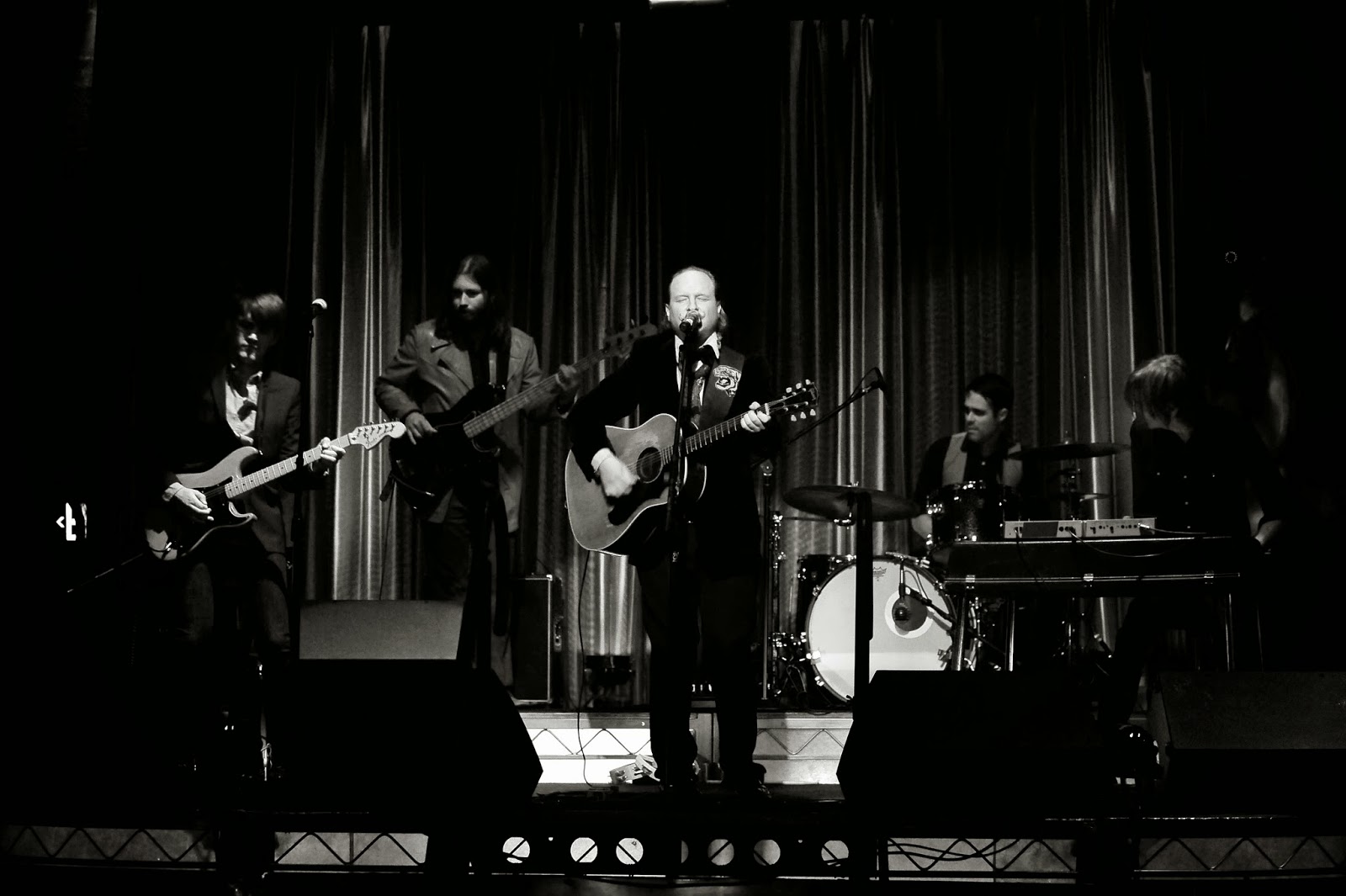 He's the kind of guy who if he's not booked at a big festival like Coachella (yet), he'll make his own festival at Pappy & Harriet's out in Joshua Tree (where he enjoys an almost house-band notoriety). If a party isn't fun, he'll make it fun. If there's no music on the beach that day, he'll go get his guitar, plug in and make some right there on the Boardwalk until the cops come to shut him down (Boo!). He's one of those guys that if you have a visitor come to town, you immediately check to see when Chesne is playing, so you can show them a guaranteed good time. 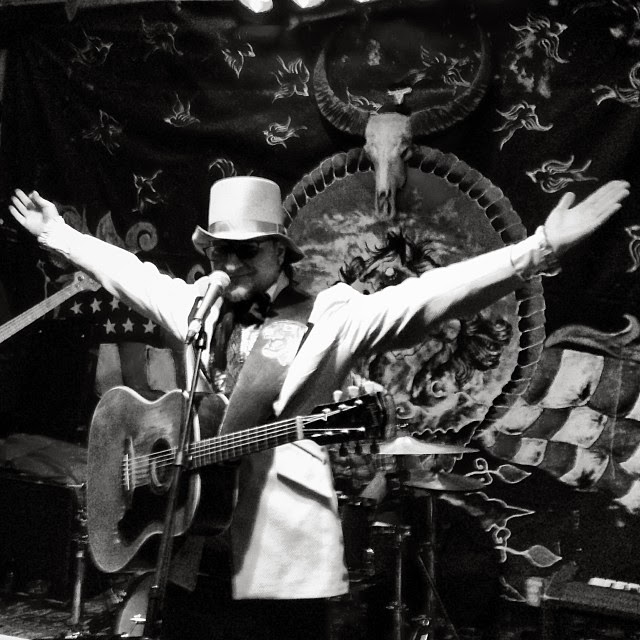 Chesne has lived in Venice for ages, and we talked about how it's been changing. We pined for the days of our magical old music nights at Abbot's Habit, where every Friday night was an all-out blast. We lamented the loss of the Stronghold music nights. We yearned for the times when someone we knew booked stages for the Abbot Kinney Festival and there were actually bands from Venice (like Chesne's) playing (Cough. Hint.). We dig the still-cool O'Brien's and the Basement Tavern that have hosted so many of our rock nights (Though in Santa Monica. Venice needs more music!). We agreed how much we love walking everywhere, and how at least we still have our gang of like-minded friends living, working and loving it here ... "We're lucky we have each other." So SO true. 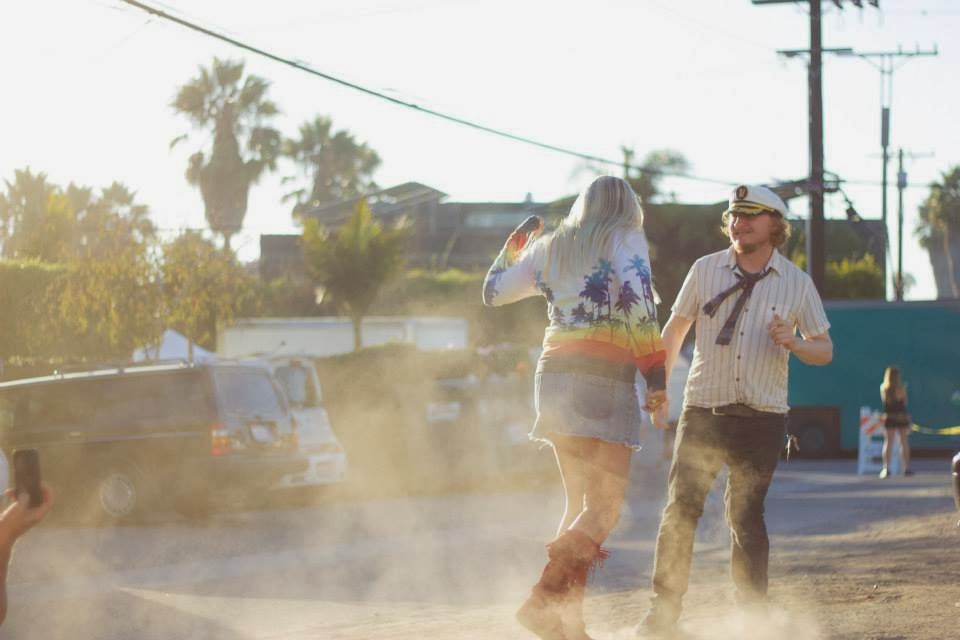 I love so many Paul Chesne songs (he knows that my all-time favorite thus far is "You Owe Me" and will graciously play it for me whenever I'm there begging for it) and asked about his mind-set for the songs on the new album. "I empathize with it all ... it's gloomy and sad ... and beautiful - like life lately. There's a lot of heartache ... but I put a lot of heart in that ache." And Bam - a new Chesne song lyric came to life right there at the table in front of me. (Write it down, Paul!) Downright Up & Left is available right now at CD Baby and Paulchesne.com, and is up on Spotify as of right now. And you want it.

The current incarnation of Chesne's band consists of Jon Niemann, Josh Norton, Rich Berardi, Jason Chesney, and Steve Tegel remains as their "Svengali".  You can catch them all at their dress-up gig at The Edison in downtown L.A. on March 12th. Or at the hundreds of gigs that are sure to come after that - weekly. 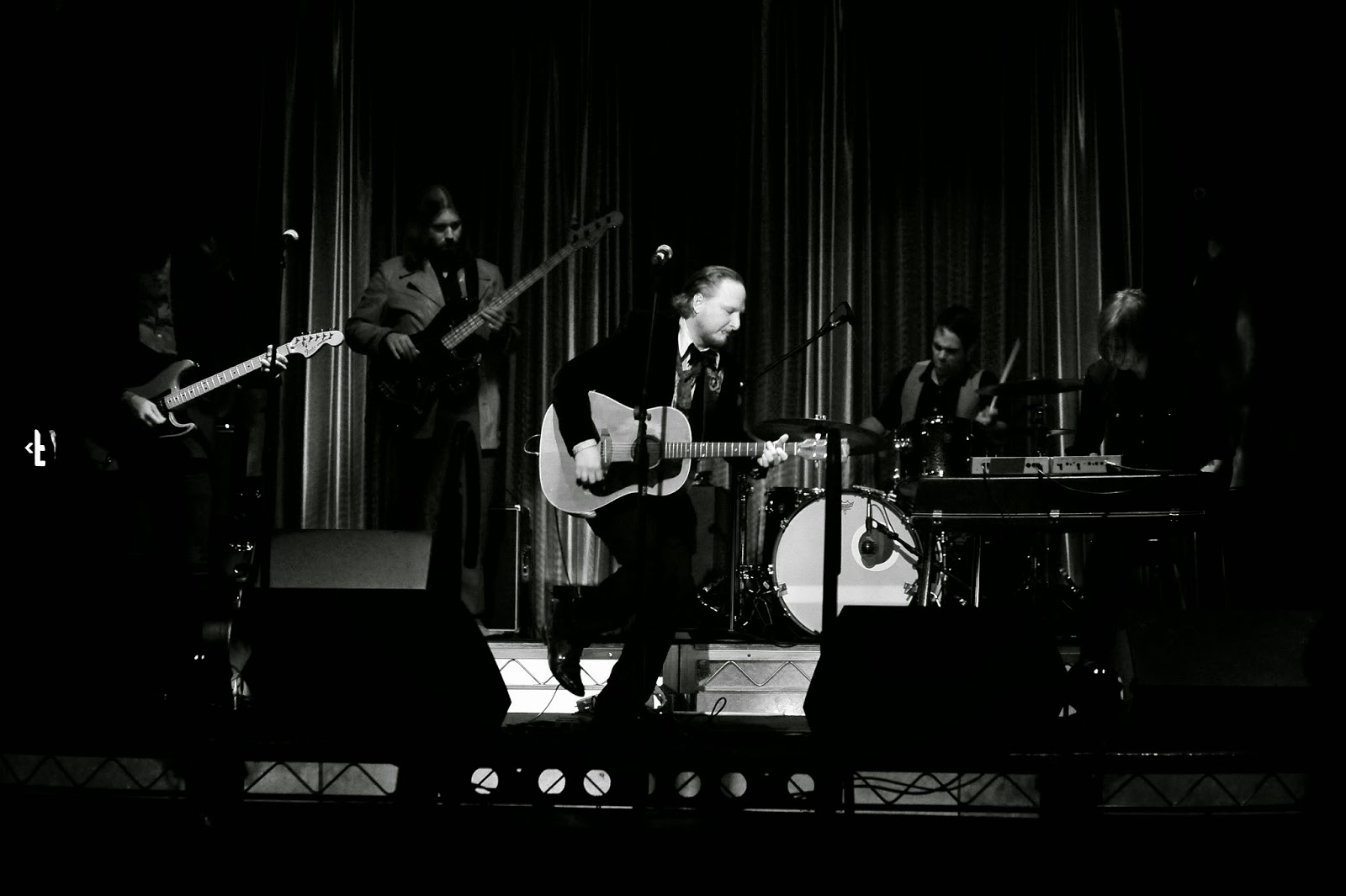 As we wound down our night and our drinks, Chesne said, "It's renegade insanity - that's what Venice is all about." At least it is if we have anything to do with it. This photo is from one of our times at Pappy's that I think does a great job of showing what a Chesne show experience is all about ... no more words necessary ... 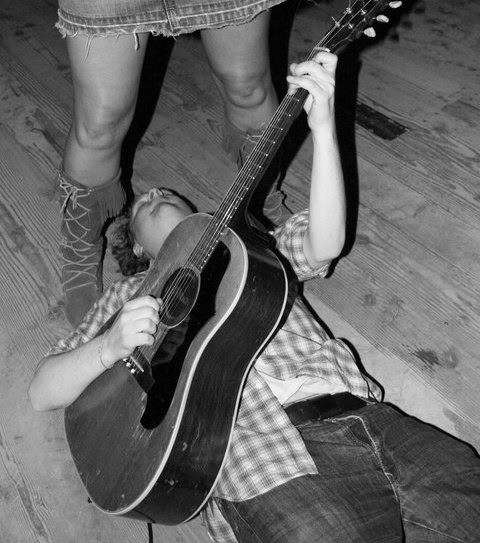 Catch Paul Chesne out, and/or pick up his excellent new Downright Up & Left today to join in on the renegade insanity whenever you like, from wherever you are.

*Most photos ripped off with permission from Paulchesne.com
Posted by CJ Gronner at 2:43 PM