When I think about my very favorite women in Venice, Bunny Lua is at the top of the list. I spent some time with her recently at her family business, The Green House Smoke Shop, and I'm clearly not alone in adoring Bunny. All day long, her regulars came in, thrilled both to see her, and to get the most quality smoke products in town.

In a time of so much change in Venice, The Green House is an exception to the recent rule of longtime Venice businesses getting moved out and replaced by cheesy high-end stores run by people who simply do not get the neighborhood. On the contrary, The Green House has added another location at 736 Washington Boulevard, in addition to the original on Abbot Kinney. So loyal are her customers that when the new one opened up shop, they were getting enraged customers walking in there thinking that they stole the Green House name! There are happy sighs of relief once reassured that it was a second, just as cool location, by the same people. Phew. 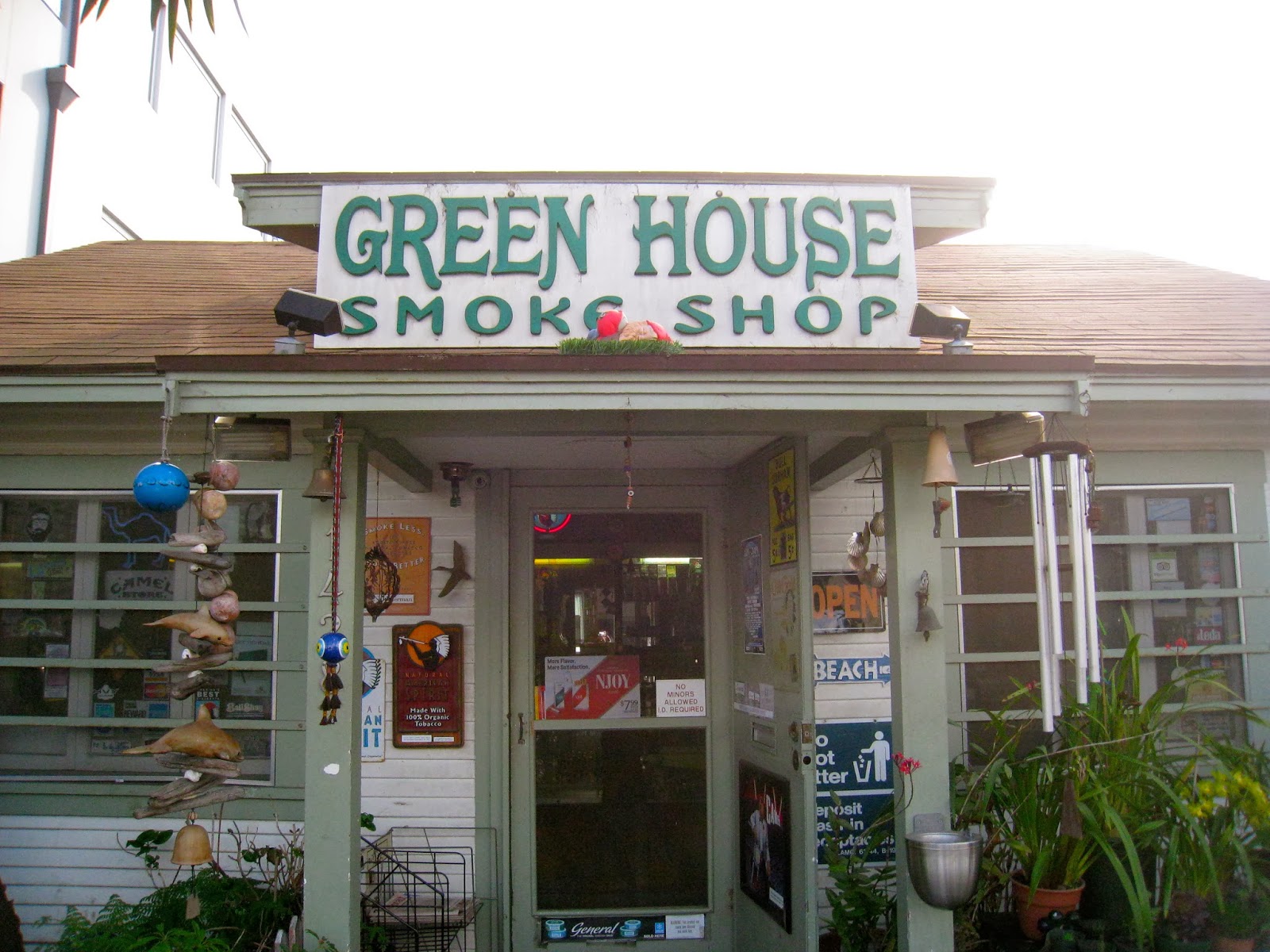 It's easy to see where that loyalty comes from. Lua and her "Old Man," Sandor Caplan, are super knowledgeable about every item they sell, and it's evident that they actually care about their customers. It's an education to sit and listen to them deal with people and their smoking needs, as they were schooled by legends in the field, such as Tommy Chong, Jason Harris, Jack Herer and Charlie Weinberger. 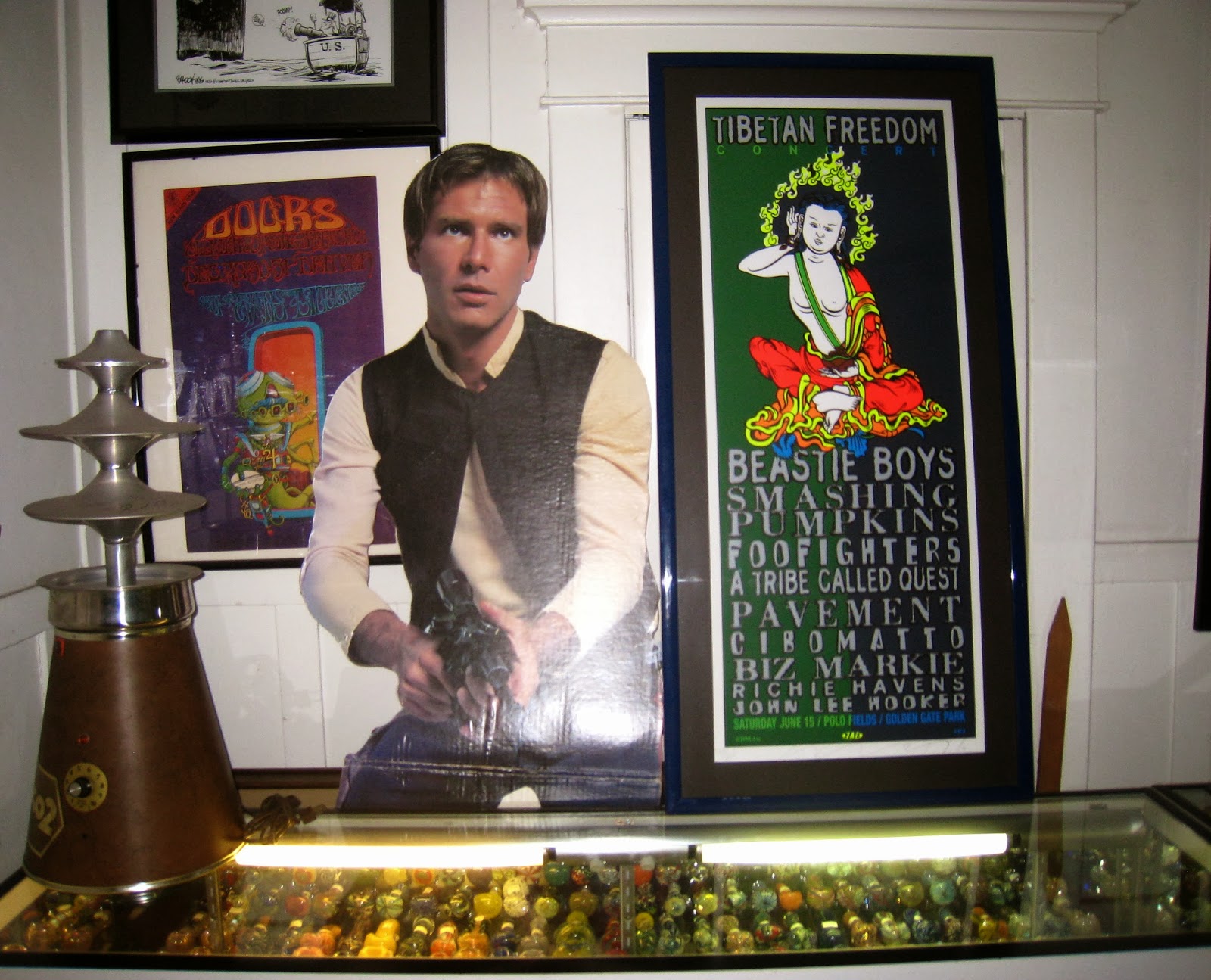 But it's not just the expertise that brings the people back. Even if they have to come far, like a Hunter Thompson looking guy that came in all the way from Apple Valley, just to see Lua and get his specific kind of Nat Shermans (which they carry every single kind of). He called her a "Dakini", a Tibetan goddess, and kept saying things like, "Whoa, you really are tuned in!" and "Wow, you really do listen!" And she does. So much so that she feels like a Mom to the whole community, often listening to peoples' deepest stuff when they come in and need a kind and generous ear.

She's also a Mom to their wonderful son, Leaf, who has grown up in the shop and been raised by the whole Venice village. He's the kind of kid who the first thing he said when he saw me was "Straight A's!" and threw up a high five. The kind of kid who asked us questions about how to best be a gentleman. Who loves basketball so much that Caplan installed a hoop on the sidewalk right in front of the shop for a while. They're the kind of Venice business that keeps it old school too. If Leaf has a midday doctor appointment, they'll close the shop and take him. If it's a particularly gorgeous day, you might find a sign saying, "Gone Swimming!" Their business card says they're open "11-ish." (And they close at 7-ish). "It's a beach community ... things happen in the daytime. Business is just one part of life ... but it's not ALL of life. You have to LIVE." Amen, my sister. 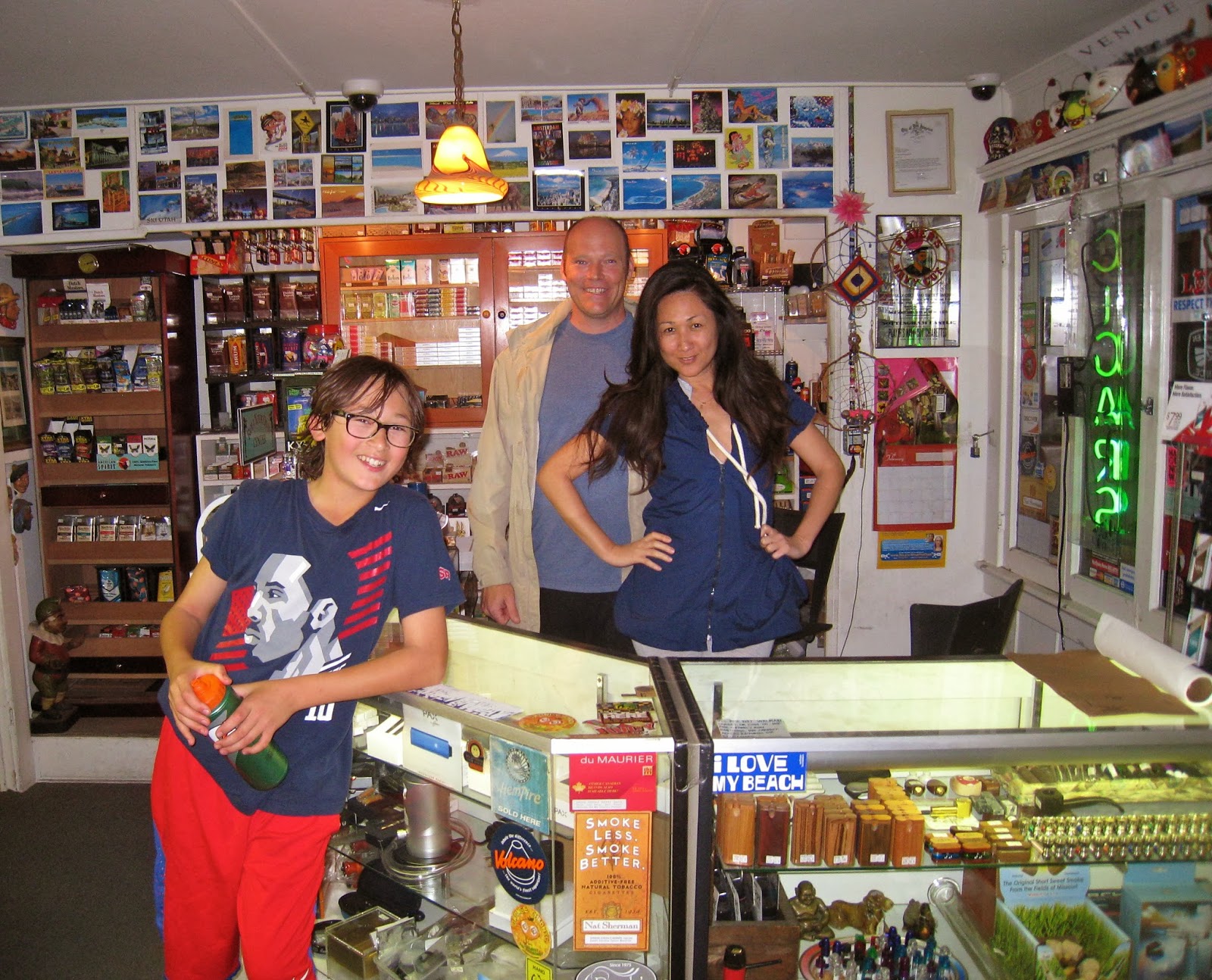 The Green House is a place that endorses "smoking for your health". That sounds funny, but to hear Lua explain it, it makes sense. "Smoking is an age-old ritual. You do it for enjoyment. It relaxes you. It's something you do for yourself ... for your sanity, your alignment, for your clarity and spiritual self." Which is why they carry the top shelf items (like the very popular Pax vaporizer) to do so. Like, you could go get some cheap water pipe on the Boardwalk, "but there's a huge difference in quality pieces. There just is. We have integrity. Have some self respect," says Lua. Yeah. 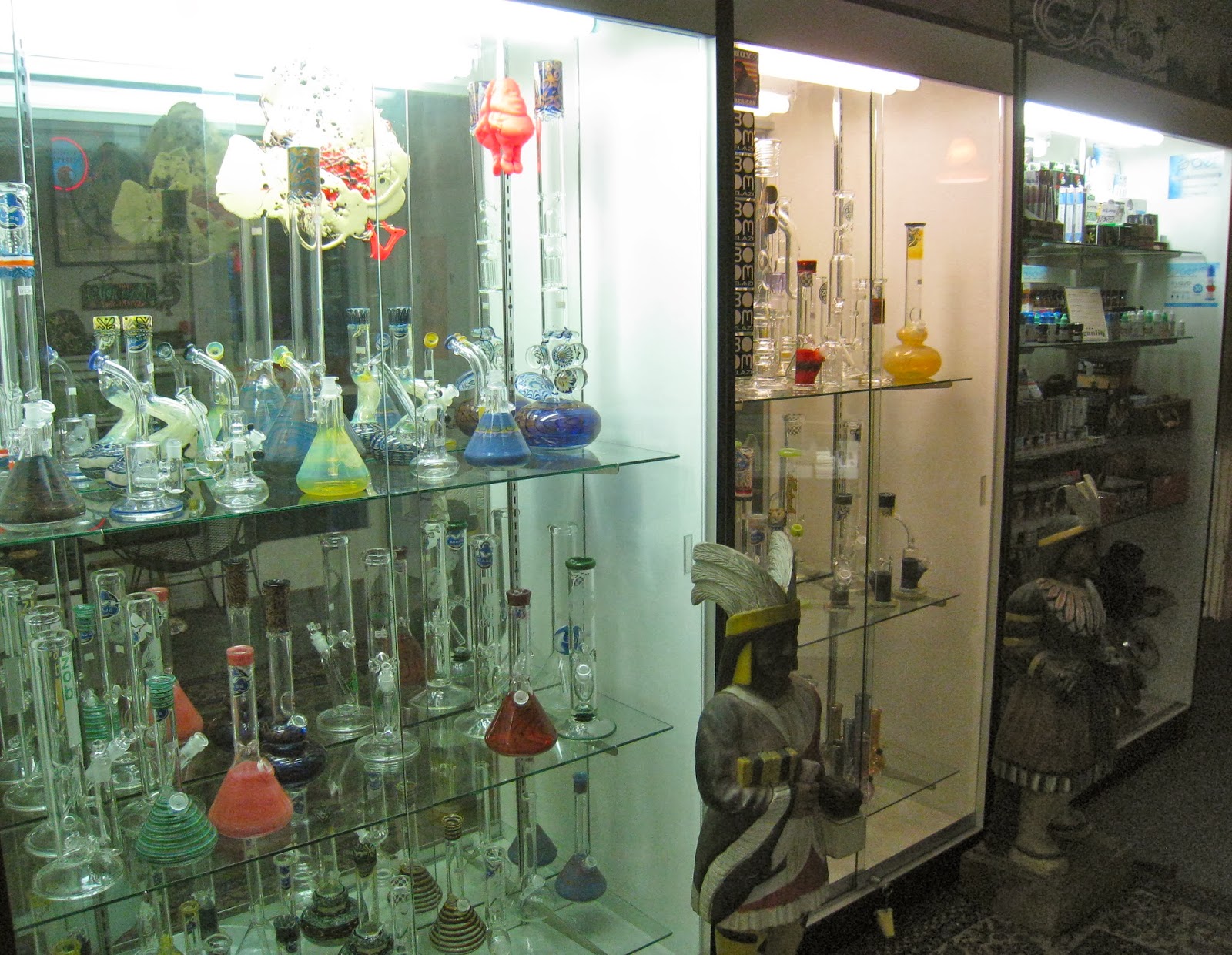 Being pioneers and mainstays of the legitimately "cool" part of Abbot Kinney, Lua and Caplan have always kept it real at The Green House (which opened on 4/20/2001, appropriately).  When they opened, "Abbot Kinney was kind of a scary street. Our first customers were gangsters, and this shop was a neutral zone." It still is. Lua enthused, "I love the people I meet here, from the homeless of the homeless to literally royalty. We're part of each others' lives, and my stores wouldn't be what they are without my customers. They are the soul of our business. We want to provide something they want with pleasure and passion." This became more obvious with each customer that walked through the door. After one long conversation about fracking and wealth inequality with a guy visiting from New York, he said, "I have chills! I'm so glad I opened my mouth to talk to you!" And it's like that all day long, with owners and customers alike both enjoying and learning from each other. 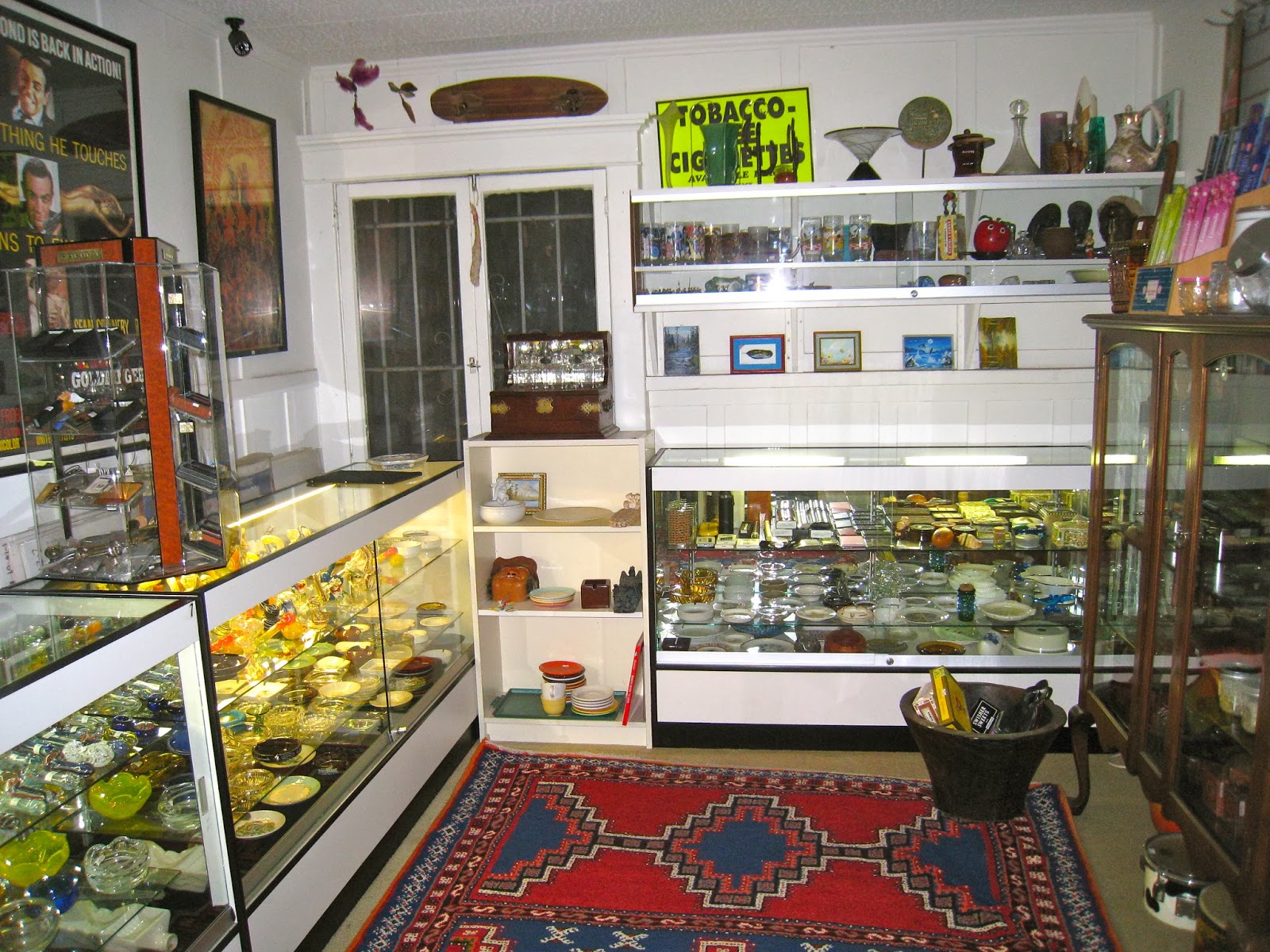 Lua was born in the Phillipines and raised in Hawai'i and California. She and Caplan settled in Venice in 1998 and have been an important part of the town ever since. Very active locally, Lua has taken on the Abbot Kinney festival planning, been a film liaison between local merchants and production companies, was active in getting a new playground for Westminster school, an active pursuer of getting bike racks, garbage bins and crosswalks installed, cleans up all the trash after the filthy food truck people Saturdays after First Fridays, and the list goes on. She clearly cares so much about the community she calls home, and does her best to "Protect our hood".

"It's a beautiful day in the neighborhood kind of feeling here. I love this place. I AM a Venetian. I belong here. I will protect Venice." We aren't talking about stopping progress or change. "It's about protecting the feeling of the place. People feel like they're a part of something here, it's special. We don't want to lose that feeling ... and the kind of loyalty we enjoy only happens in a true community." Just the a guy came in and asked if his dog could come in too, to which Lua replied, "That's your VIP pass." It's that kind of a place.

That neighborhood feeling is disappearing though, and it's up to people like us to preserve it. Lua said, "People all used to know each other. You could run next door and borrow a hammer. Kristy at Jin Patisserie would save the last cake she knew I loved. The corporations coming in are taking away that community feel, and that's what I miss the most." THAT is what we're trying to protect. 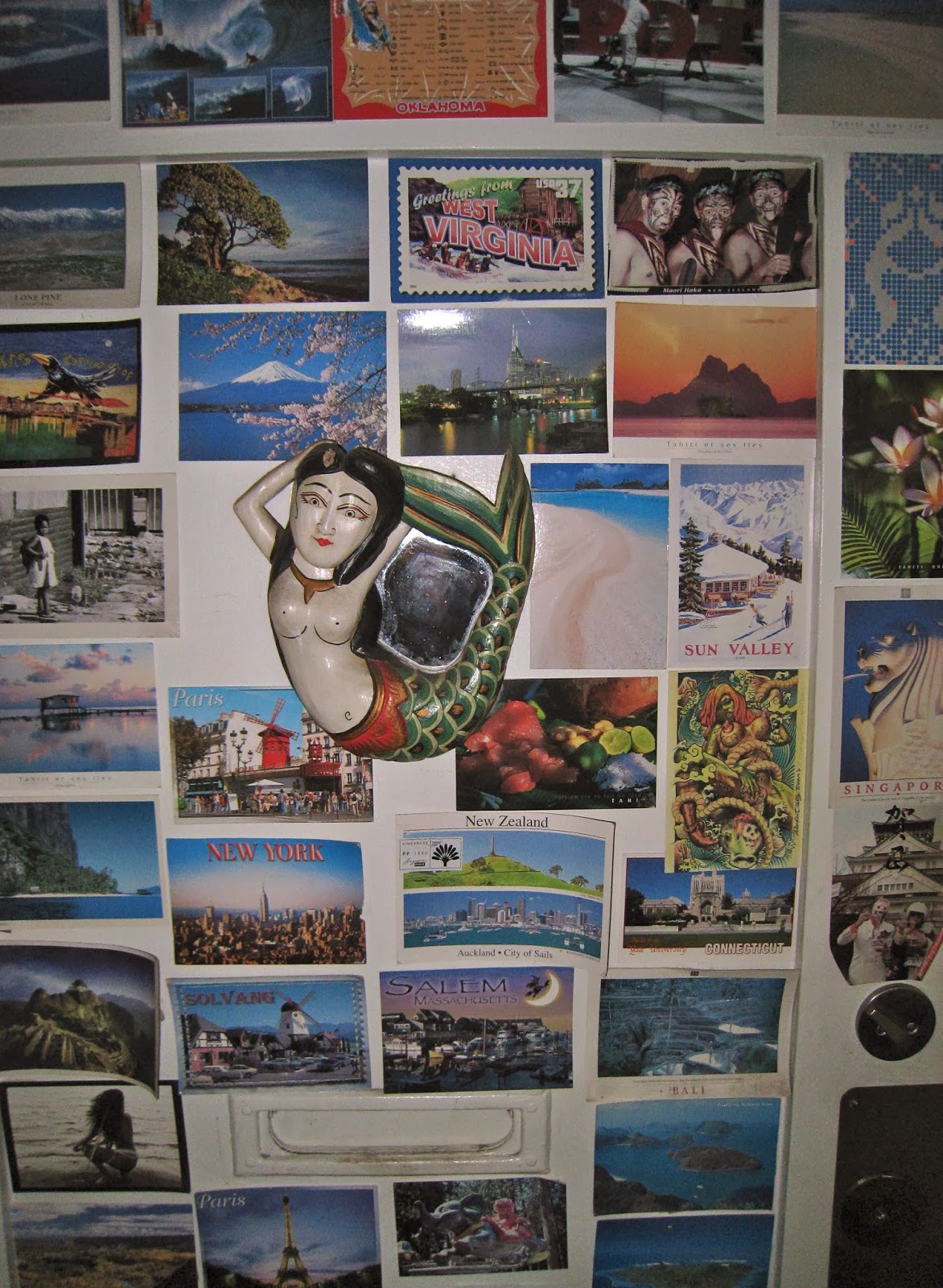 When you walk in the Green House door and see all the postcards friends of the shop have sent from all over the world, you realize how truly much a part of their customers' lives these special places are. I asked this spectacular Venice woman what she would want to say to everyone in the neighborhood, and she simply and beautifully answered, "Be kind. All of Venice needs to care about each other." True words, timely words, and ones that Lua absolutely lives by.

Stop in and say hi at either Green House location ... and try them again if they happen to have left early to see a particularly great sunset that day in Venice.


The Green Houses are at: