I hadn't been to a professional soccer game since the Minnesota Kicks days, so when my friend Christian called up and asked if I'd like to join his family to see a Minnesota Loons game at the new Allianz Field in St. Paul, I was all the way down. They're really called Minnesota United, I suppose to sound like a British football club that is already super established, but to me, they're the Loons. And I love that (and that they play a loon call when they score!). 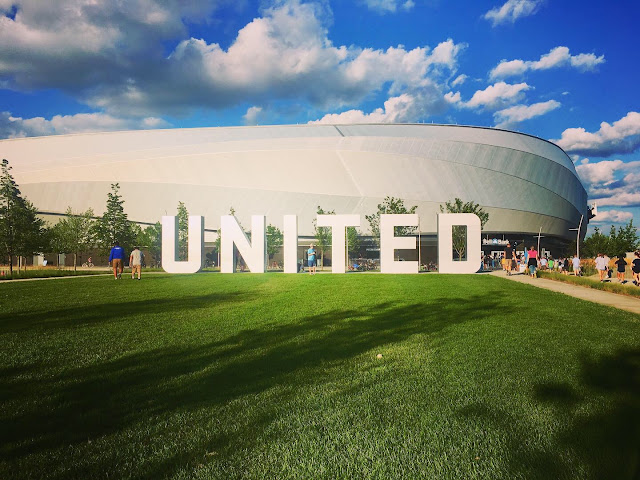 Allianz Field is lovely and modern and cool, and SUPER hot when you're on the sunny side before the sun sets. The heat didn't put a damper at all on the very impressive team spirit that was in effect the entire game. The chanting ("M.N.U.F.C!!! Minnesota Black and Blue! Come on, You Loons!!") and singing and flag waving didn't let up ONCE during the entire game, and even though they're a new team, the Loons have very clearly already found a place in Minnesota's hearts. They love their Loons, waving their scarves in support throughout the whole game.


The area where all the flag waving and chanting begins is called "The Wonder Wall" and if there is a victory (which there was not for our game vs. Vancover's Whitecaps - it was a draw), I guess the whole crowd sings the Oasis song, "Wonderwall". I don't really get that, as it would be cooler if there was a victory song by any number of awesome Minnesota bands ("Let's Go Crazy" at every other Minnesota sports team score, for example) to celebrate, but it sounds like it's pretty fun when everyone sings along - and the Loons win! 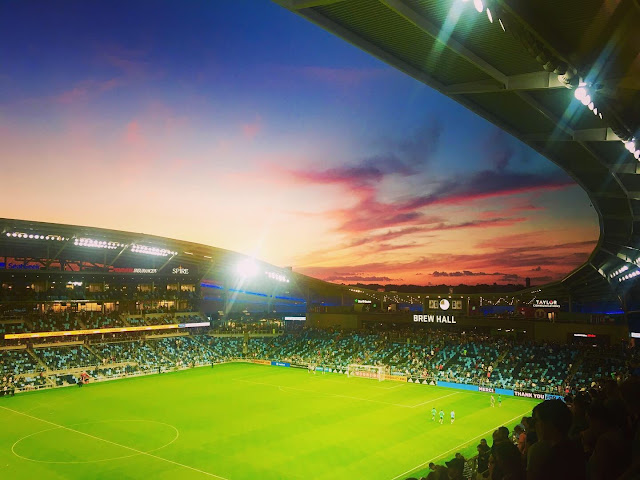 There's good food, good looking men (and women, to be fair) in the stands, good drinks, good sight lines, and it's all a pretty affordable night out, with a gorgeous view of the Minnesota sunset to top it off. 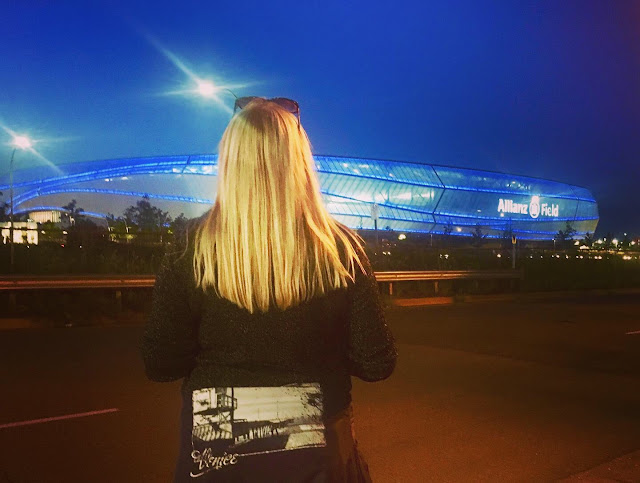 It's exciting that football/soccer seems to be gaining more fans here again, and you can count me in as a Loons fan, because my first experience was a complete blast! I'm impressed. Thank you, Doten Family, and GO LOONS!