The 34th Annual Abbot Kinney Festival was yesterday, and we could not have asked for a more perfect day. To the point where it was a main talking point all day, like, "Can you believe how gorgeous out it is?!" It really was. Warm sunshine and white fluffy clouds, with just enough light breeze to cool things off and keep it delightful. A picture perfect day, which was great because people were taking pictures all day long. 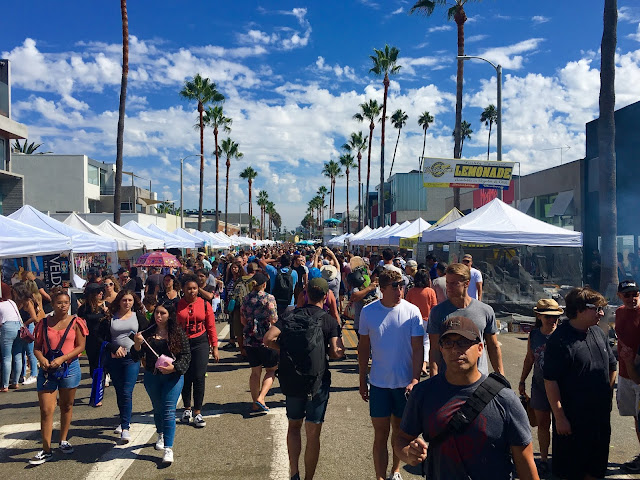 The street was already jam packed by the time I got there, and everyone was in an awesome mood. It was hard to get anywhere very quickly, because every few feet you'd see someone else you knew and loved - and most likely hadn't seen around Abbot Kinney in a while. The AK Fest is like Venice Homecoming, I always say, as the folks who tend to avoid the tourist trap that AK Boulevard has become still do come out for this annual event. It's great because you get the reassurance that your People are still here. 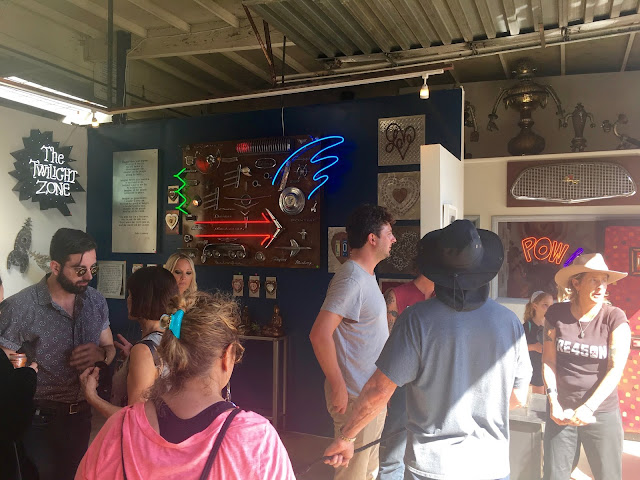 To that end, it seemed like a lot more of the booths were from locals this year vs. all the realtors and politicians and junk like that of recent years. Things like the Venice Oceanarium, Venice Resistance, Hecho En Venice, and the Free Venice Beachhead were all there, showing off what the real Venice is still all about. 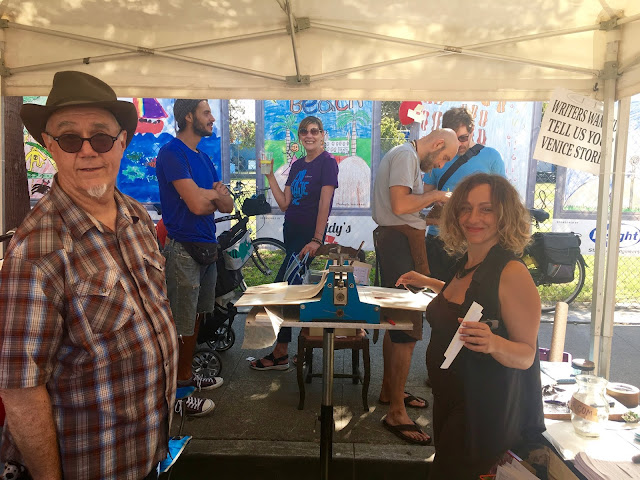 There was a lot of shopping to be done, but who really has time for that when there are so many friends and neighbors to see? But if you did want to get some new gear, there were a ton of unique to Venice places who also set up shop. Burro, Ananda (who hooked me up with some new glasses as the sun was so bright it really did hurt your eyes), Principessa, and Amiga Wild were all there to offer things that really are still Mom and Pop places around here. 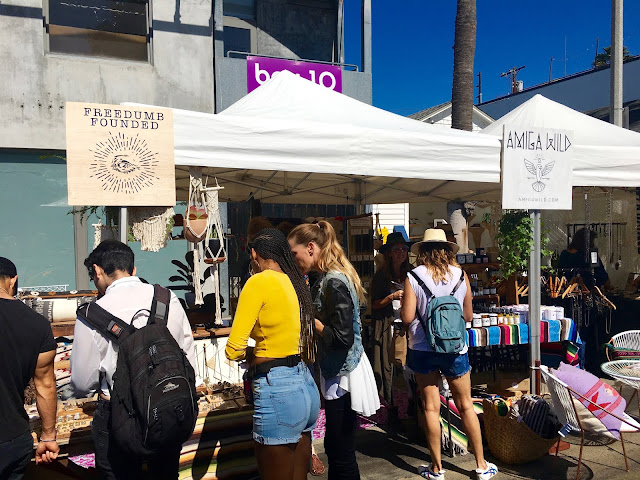 There was a lot of art, a lot of jewelry, and a lot of things that really only make sense for a street fair or a festival ... like the giant rainbow headdress that I found myself wanting (just have no place to put it!). I was happy to see this also because I missed the Brazilian samba dancers going by earlier in the day, and I love that. 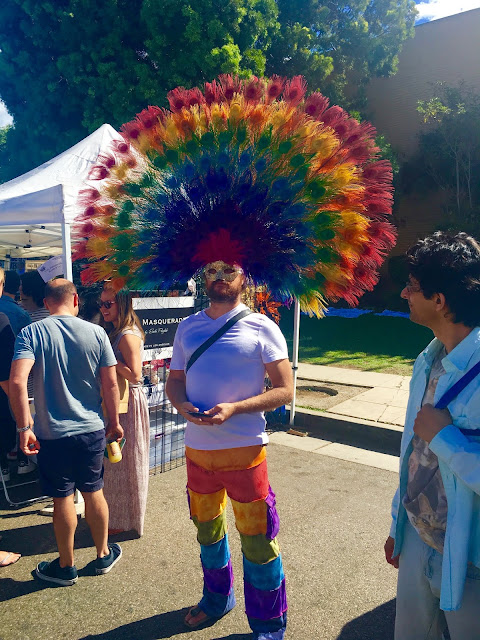 A large Kid Zone was there for the youngsters, with games and inflatable things to jump on. Faces could be painted, temporary tattoos could be applied, and there were a ton of opportunities to get your kids sugar high. 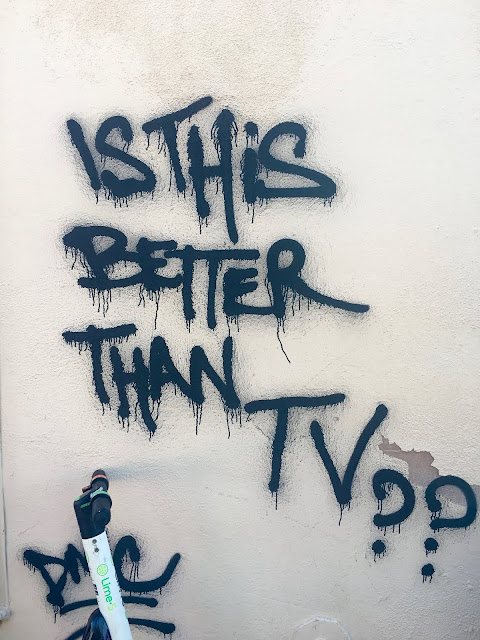 I really missed the chalk art mandala this year, but by them not being included, it's given us the inspiration to create our own street art/chalk art festival - stay tuned! 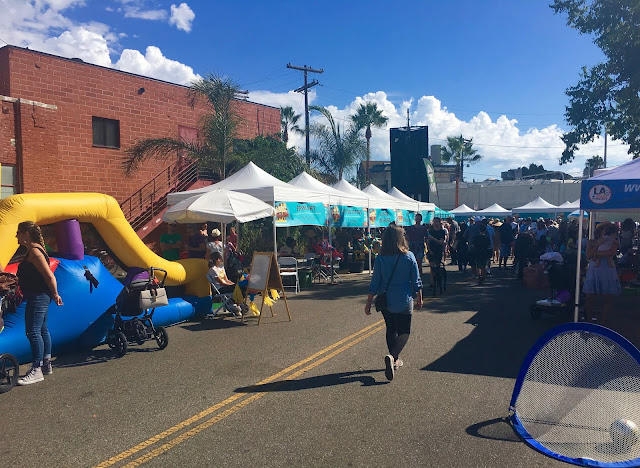 Long lines for beer gardens are always avoided by me, and the same goes for food, so you tend to get starving by the end of the day. I always like to check out the Outdoor Grill stand, but they had closed down by the time I made my way back over there, but it sure smelled great earlier in the day. 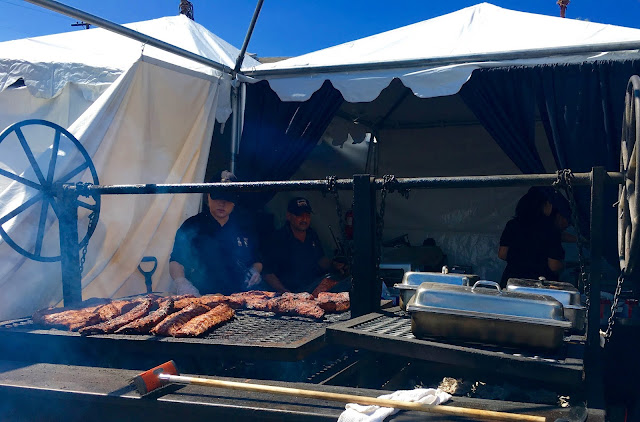 The "Locals" stage at Andalusia was again our headquarters this year, where you knew you'd see friends, because many of them were performing. Paul Chesne got people dancing in his afternoon set, and we all lounged around in the backstage area enjoying our airplane bottles of booze and lemonade (it's no secret). 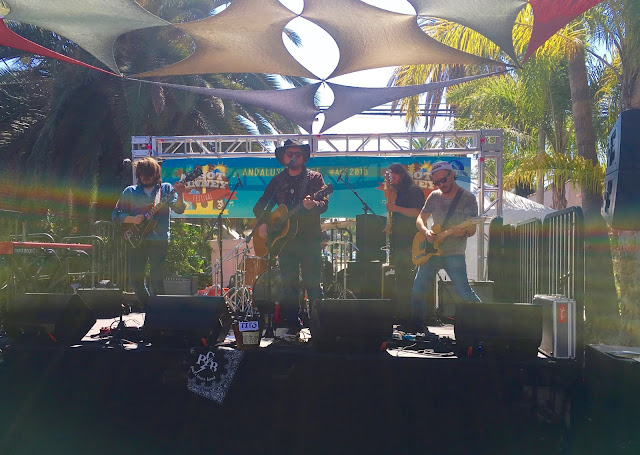 It was especially exciting this year for the Festival, as it was the very first one for several little babies I know. 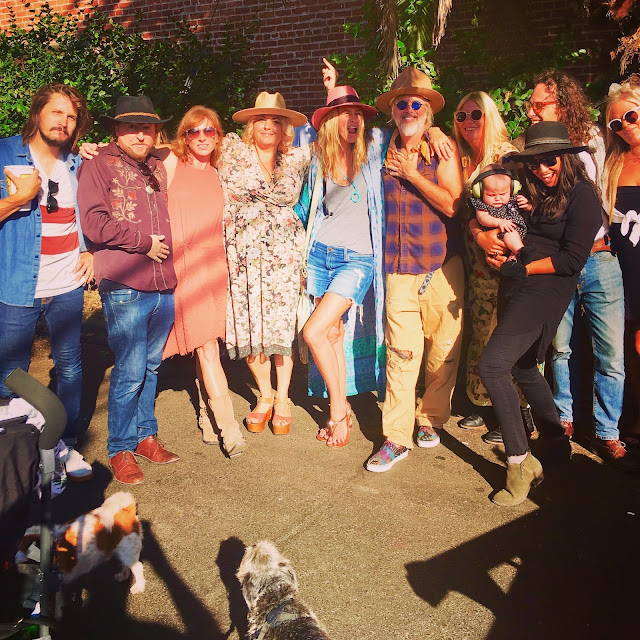 When Matt Ellis and his wife Vavine got up to play the Andalusia stage, it was also the first time on stage for their little daughter, Magnolia. They sang, "Oh, My Magnolia" together (well, Maggie kind of just observed), and it was extra special. Baby Magnolia handled show biz like a champion, and I'm sure it was the first of many family gigs. Love! 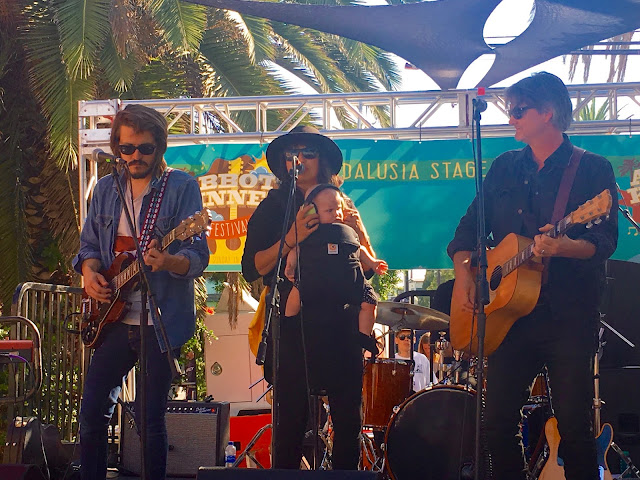 There is always so much to see and do at the AK Fest, but again, my favorite part is seeing my friends in real life, and not just on social media - as that medium has only made us all more anti-social. 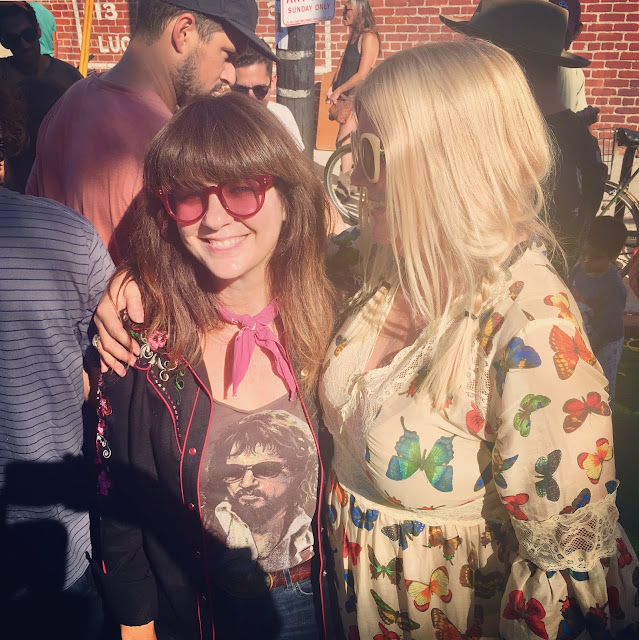 I caught up with my friends in the band NOCONA before they played, and was once again so inspired and grateful by all of the supercool people that make Venice their home (or are still trying to). 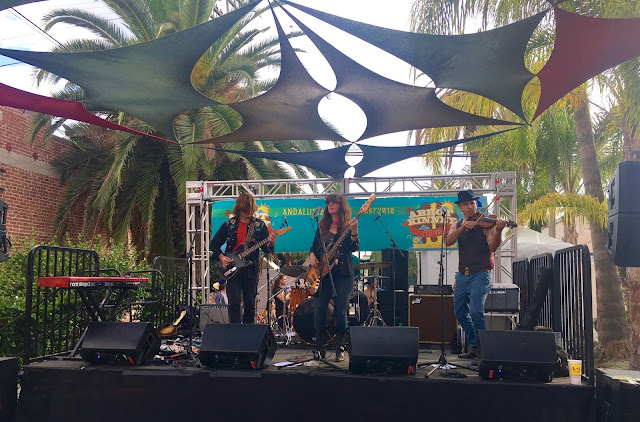 The sun started to set and that meant that soon you began to hear the clanking of poles that signals the end of another AK Fest as all the booths start getting dismantled. 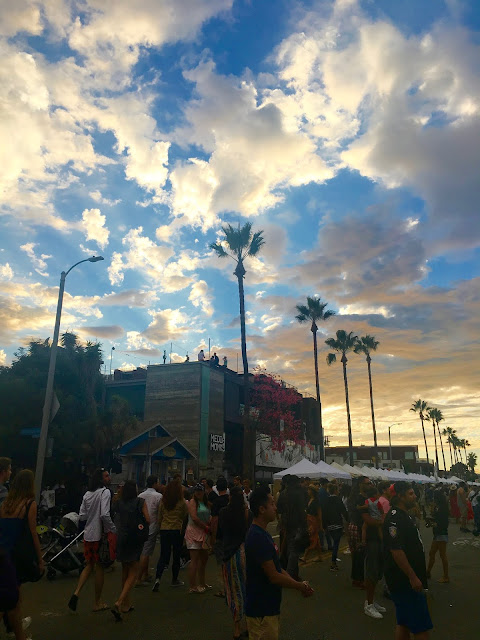 The sky was as beautiful in the evening as it was during the day, and the bright pink clouds escorted everyone on to their next adventure (seemingly either super crowded bars or house parties). Another Abbot Kinney Festival on the books! I hope everyone has as fun as I did, and got to once again appreciate all that we have and all that we are here in Venice. 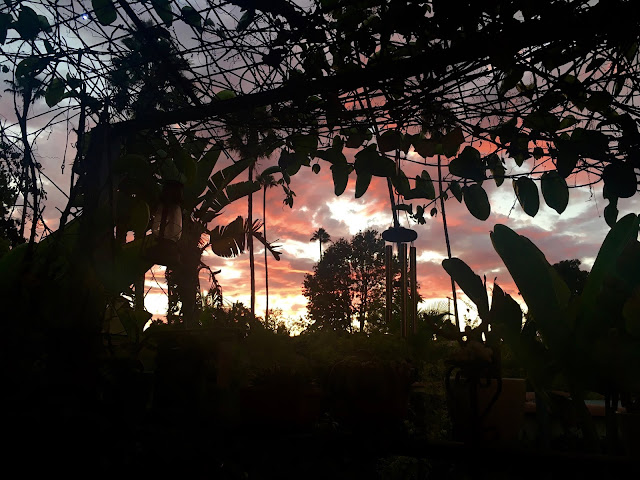