Oh, man. Last night we got to see KRS-One (Knowledge Reigns Supreme Over Nearly Everyone) play the Novo Theater at L.A. Live in Downtown L.A. ... and it was awesome. Old school Hip Hop heads packed the place, but the crowd was really all ages. Youngsters are appreciating the rap pioneers, and it's good to see. Heavily male, my friend, Christina, in her blond ponytail and I were clearly the sore thumbs in the room, but we didn't care, and yelled our approval from right down front. It was even cooler that this hero even made the tickets only $5 USD! Anyone could go. Music for the People! 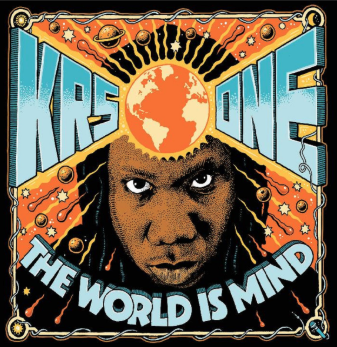 There were several openers, none of whom made much of their time aside from having people all over the stage filming them. The exception was Mike Xavier, who finally got the crowd into it, most all of whom refused to "Make some noise" until it was time for KRS-One. For good reason. The skill level was so starkly superior when the South Bronx legend took the stage, it was almost embarrassing, but hey - you gotta start somewhere. Backed up by B-Boys and B-Girls (!), KRS-One tore the place up, and the happy crowd's enthusiastic reactions confirmed that REAL Hip Hop and Rap is alive and very well, thank you. I mean, just look! BDP!


We had a blast, with strangers passing j's and shouting along to all the classic lyrics. KRS-One did a fun Hip Hop test, where he rapped O.G. lyrics from all the pioneers of the genre, and would stop and let the audience finish the phrase ... and nearly everyone passed. The music is extra great, of course, but you could also just sit and listen to KRS-One give his super-smart speeches, truly exemplifying the term "Spitting Knowledge". This cat (aka "The Teacha" - for good reason) is so wise, and ultra hip to all the hypocrisy in the world. He spoke to how Racism is in illusion, because Race is an illusion. That we are all one (like I also keep saying). That phones are government tracking devices, and he reminded everyone that when they type "LOL", to be sure to REALLY laugh out loud. To remember the humanity in us all. That "Hip" is your mind, and its knowledge, and "Hop" is the movement. Honestly, we could have just soaked up the wisdom all night, but we both had to work early, and get back to Venice before the big Lyft crowd made its exodus.

When we walked outside, we were bummed to see a dude being held on the ground by like four guards, as we'd just talked inside about how great it was that everyone was together in such harmony at a Rap show. It felt gross, and people were hurt, because stretchers were being called for. We got the hell out of there. Just as our Lyft driver pulled up next to the EMT's that had arrived, we spotted the street dog carts, and remembered that we still hadn't eaten. We bribed the driver to wait with the offer of his own dog, and placed our orders (*FYI - the hotdog carts now take credit cards!). All of a sudden, multiple LAPD cars and officers descended on the scene, and the hot dog cart ladies took off running, in a panicked cart race that might have been amusing, had it not been so serious to them. Yeah, they could get a ticket for being there and vending, but it was really more about these times and ICE. We were left not knowing what to do, as our driver already had his dog, we were waiting for ours, and hadn't yet paid the ladies. So we ran after them, and that's how we got the lowdown. Ugh.

It was a kind of surreal end to the night, and also illustrated things that KRS-One had just talked about. That this land we were enjoying a fresh hip hop show on was really Mexico, and we just took it from them. "There can't be a New Mexico, without Mexico. This IS Mexico!" And we watched terrified ladies take off running because they were scared they were going to be kicked out of their ancestors' former home. And be walled off away from here. As I said in yesterday's Blogtown post, echoing the poster at Venice & Abbot Kinney ... "Together we are stronger than any wall."

KRS-One knows this, and urged us all to get on board with that vibe, if we weren't already. The events that unfolded while the man was still performing only put exclamation points on the whole thing. Listen to this dude any chance you get. Stand together. Look out for each other, at all costs. And Boogie DOWN while you're at it. Like Emma Goldman said, "If I can't dance, I don't want to be part of your Revolution." Good thing we can do both.
Posted by CJ Gronner at 12:46 PM