I finally got to see the new KCRW Headquarters in Santa Monica on Saturday night when they held their Summer Nights Backyard Party in the courtyard of their super impressive new digs on Pennsylvania Avenue. The bonus to seeing the new space was that it was for a Jim James (My Morning Jacket) solo gig, and I'll go see that dude anywhere. 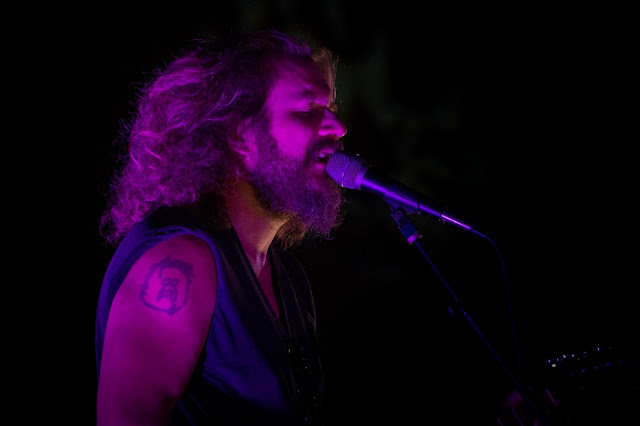 It was a perfectly gorgeous evening for an outdoor concert, and the line for the first come, first to get in line stretched around the block for this really fun - and free - event. The crowd was very KCRW Westside Liberal, with friends and families out for a lovely neighborhood jam under the stars. DJ Liza Richardson warmed up the proceedings, spinning popular tracks while people got their buzz on with delish lavender lemonade or spicy tequila drinks - or beer. Food trucks were there, per usual, and a whole lot of schmoozing going on. So much so that when Mr. James took the stage, it was kind of subtle, like he was just all of a sudden there singing "Rainbow Power". "America needs Rainbow Power" is sung truth, and James had the crowd in his hands from then on (aside from the very chatty scenester girls that always seem to be standing near me).

"All In Your Head", "I'm Amazed", and "Just A Fool" were thrown down back to back to back, as James wove his spells among a backdrop of projected art done by Future Lighting that served up a trippy atmosphere that went perfectly with his 70's rock vibe. Backlit with hair blowing in the summer breeze, slinging a red, glittery guitar, James could have been there from a Zeppelin-era time machine. And we were all loving it. 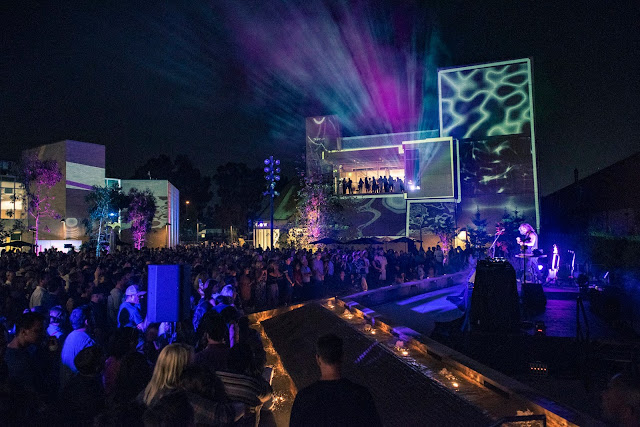 "Throwback" was therefore an apt track to be played, and "Changing World" was straight from now. James sang about living in the now, which was crazy, because I had just run into Rocky Dawuni (another KCRW favorite, the reggae singer from Ghana) earlier and we had talked about exactly that. Living in the moment, as it's all we really have. And these moments were good ones to be living in. Glancing around, everyone seemed happy, and all cares seemed to have been forgotten, at least for the moment.

It's kind of amazing when just one guy with a guitar and no backing band can hold such a big crowd's attention (by now the place was jam packed), but James sure did. "Here In Spirit". "No Secrets". "Too Good To Be True." All awesome. James didn't talk too much, but when he did, he urged everyone to go out and see Blackkklansman - "The most important film in our lifetime". Whoa. That's a pretty hefty claim ... but now I'm going tonight. James sings about things I agree with, so I'll take this as a solid film referral (and get back to you). 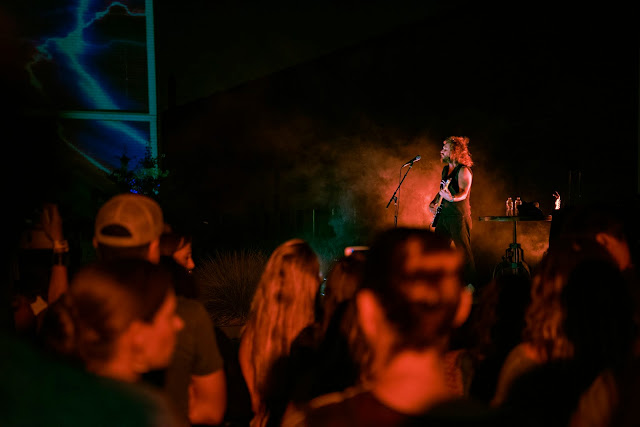 "I'm excited to be here to break in this wonderful new space, what a cool place to gather, I'm honored to be here with you tonight," James addressed the surroundings, and I think we all felt the same way. James brought it home with "A New Life", "Rome", "Over And Over", and finished the set with Brian Wilson's "Love And Mercy" with its great line, and great show-ender, "Love and mercy, that's what you need tonight, Love and mercy to you and your friends tonight." How lovely - and we'll take it. 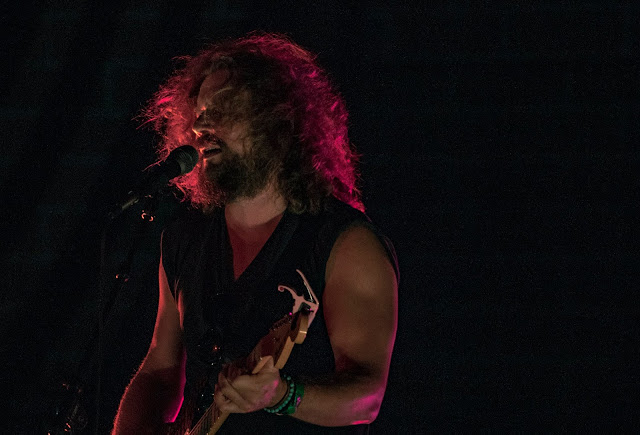 There was no encore, and after the applause died down, DJ Chris Douridas took over the turntables to spin until the party ended ... though no one wanted it to. What a delightful first visit to the new KCRW Campus! If you haven't yet checked it out, there's another Summer Nights Backyard Party next Saturday - this time with Henry Rollins! Yessss!