In another enchanting evening at the Hollywood Bowl, Sunday night was the West Coast premiere of the collaboration between Bon Iver and the TU Dance company performing "Come Through" for an appreciative Los Angeles audience. 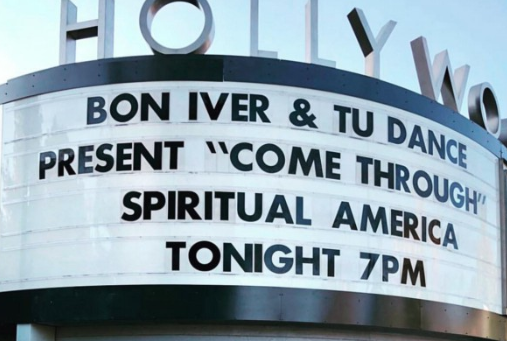 We got there early for once, and were rewarded by both a leisurely picnic and a super interesting performance by "Spiritual America" - another collaboration, by William Brittelle, and performed by Wye Oak with Metropolis Ensemble. 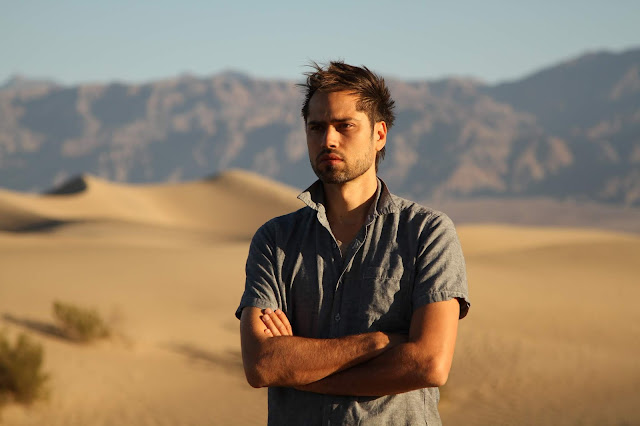 "Spiritual America" is a good title for this project, because it sounds kind of all over the place, but still beautiful ... as spirituality in America definitely also is. We used the term "Experimental" a lot while listening, as it hit you in the same sort of place that Björk's more out there stuff does, then brought it back to a more ethereal, dreamy space, that was made even more so by the colors of dusk and the emerging stars and moon. 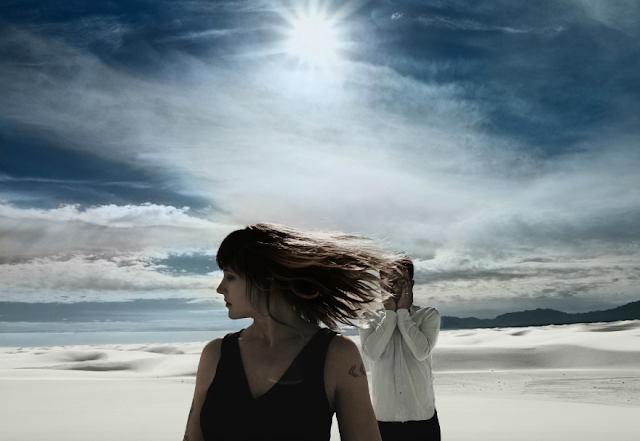 "Nostalgia is a poison," opined singer Jenn Wasner at one point, causing us to do a double-take look at each other and back to her, as I've never thought about nostalgia as such, but when you think about it ... hmm. Their last number was called "Shriek", I believe, and Wasner said it was "about understanding the power of believing in your own myth." But not nostalgia. And that rather nicely sums up their set, and their sound. Wasner closed their set by saying, "We're Wye Oak ... and we did a thing." And we dug it. 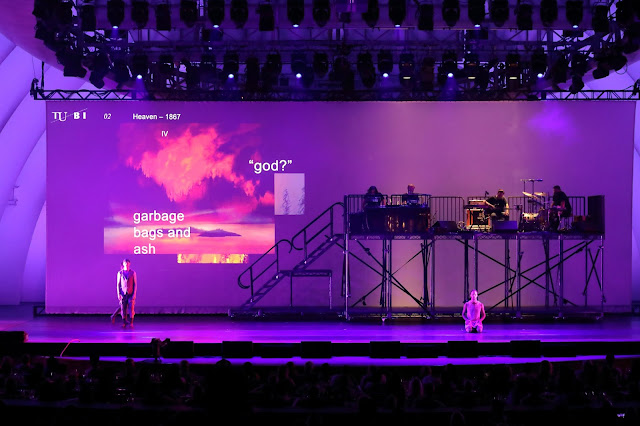 We also dug the absolutely gorgeous night that we were sitting within - which was also Scene Central - as scores of KCRW listeners came out in a mass L.A. agreement that this was the place to be. They weren't wrong. Once Bon Iver took to the sparse set of the Bowl stage, with the dancers from TU Dance bringing his music to life, it looked and sounded as if everyone was more than happy to be right exactly there. Here's a sneak preview so you know what I'm talking about:


Justin Vernon (Bon Iver) has come a long way sonically since his breakout hit, For Emma, Forever Ago. This bearded cat from Wisconsin seems awfully far from his cabin in the Wisconsin woods, incorporating Autotune on a majority of the songs - a sound that, honestly, makes me want to puncture my own eardrums to stop hearing. Why, Bon Iver? It's really not necessary, when all the talent gathered is so natural and beautiful, why warp it all up to sound like T-Pain? But I digress ... 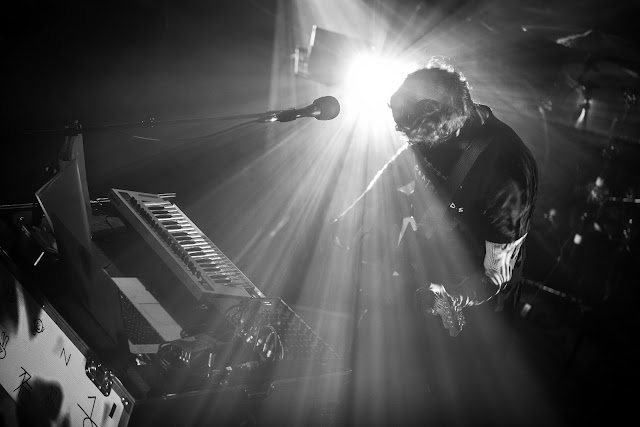 The St. Paul, Minnesota (so I loved them before they took a step) based TU Dance performed mesmerizing modern dance choreography in front of Vernon and his ensemble of musicians in the dark on a scaffold behind them. Video screens behind them all flashed words like "Laughing" "Crying", "Power" and "America" with trippy colors and shapes swirling into a mind-bending whole that hit all the senses. There was also definitely a socio-political slant to the whole deal, in another example of art being the hammer that shapes reality. 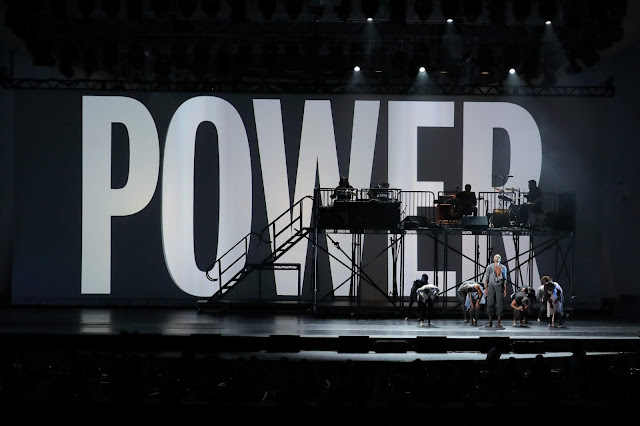 All of the music was new to this project, so no one knew anything to sing or dance along to, but no matter ... we were all happy to just sit there and take it all in over copious amounts of wine. Perfect. As all the songs were new, I have no idea of the set list, but suffice it to say that every track packed an emotional punch, especially when so beautifully enacted by this strong troupe of modern dancers. WOW. 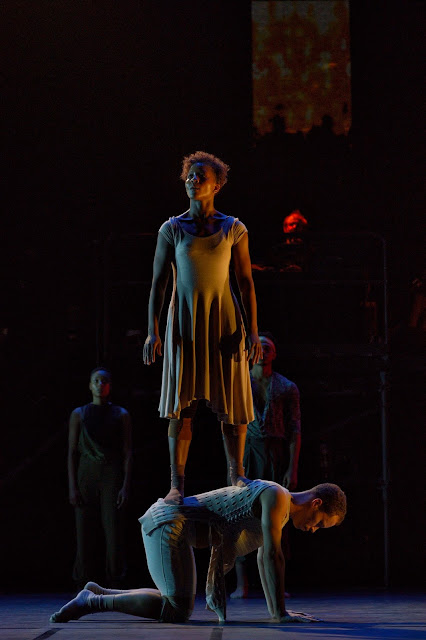 At one point the music even veered into hip hop territory, and caused us to do another double-take ... like "This isn't Bon Iver" - but it was. It was Bon Iver stretching and reaching, feeling and creating, to bring us an extravaganza for the senses in a performance that anyone who was there will not soon forget. The whole place stood up and applauded at the end, breaking the spell, but still leaving us all feeling dreamy, as the dazed masses wandered back out into the streets of L.A. 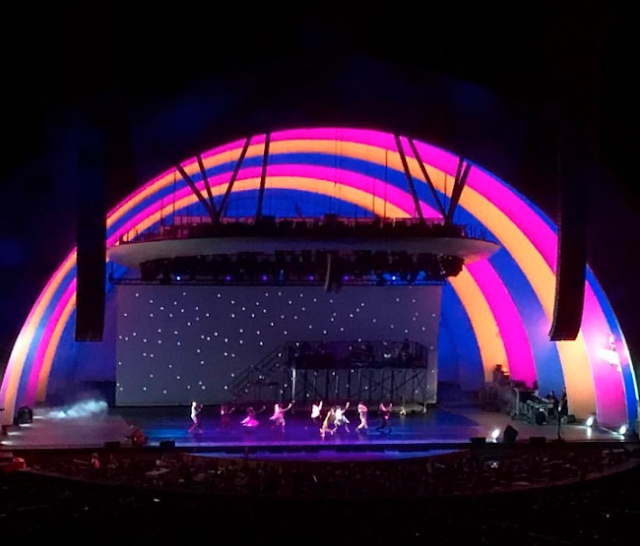 "Welcome to Hollywood, what's your dream?', asked the street hustler asks at the beginning and end of Pretty Woman. Well, last night for nearly 18,000 people in Hollywood, the answer was Come Through.

*There are plans for this show to be taken on the road. You will not want to miss.