I first wrote about Robin Solo and her Turning Point Pilates studio back in  2014, and so much has changed since then in just three years that we needed to do an update story. As anyone living in Venice knows, rents are bordering on the criminally outrageous, and Solo has had to move her studio three times due to greedy landlords. Awful Snapchat took over her original studio space in the office park behind Tlapazola, sending her scrambling to find a space that her clients would still travel to. She found a spot on by Alan's Market on Washington Boulevard, and then that landlord wanted to jack up her rent. She needed to find a spot less than a mile away to keep her clients - crucial to any Mom and Pop business, but Solo is just that, solo. She's doing it all herself, like many women these days. She needed a little divine intervention, and found exactly that one day when out looking for her new space. There was a little house on the south end of Abbot Kinney that Solo thought would be great for her studio, only to find that it had just been rented by a boat supply type place. Crestfallen, she walked around the corner to her car, looked up and saw a "For Lease" sign on the building right there. A call to the (cool and fair) landlord told her that this was meant to be. 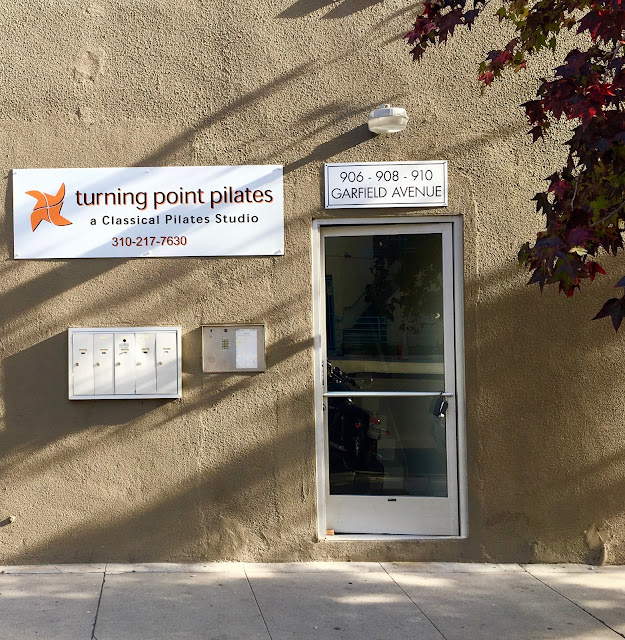 Turning Point Pilates moved into its new digs this past March, and the clients came with, thankfully. As the only traditional pilates studio in Venice, Solo definitely has a loyal following, yet is eager to share her methods with new students as well. There are a lot of fusion pilates places popping up, and nearly all of them have some corporate backing taking the financial pressure off. As this is a solo Solo operation, she has gotten creative to keep her business/passion thriving.

To that end, after receiving a nano current facial treatment in trade from a friend and seeing the eye-opening results, Solo purchased her own machine and took the training to offer the electrical treatment to her own clients and friends. I'd never heard of this treatment, so Solo offered to have me come in and try it ... especially because I've been having weird stuff with my face lately (mystery swelling, allergic reaction, I don't know). She described it as "exercise for your face", and explained how the more you work out your body, the better it looks ... the same goes for your face. 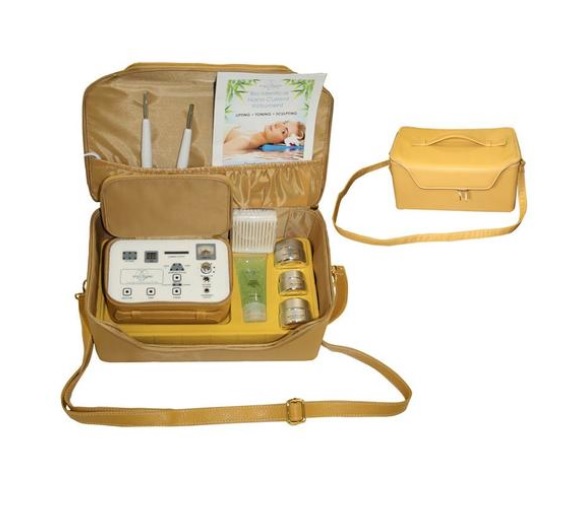 Little wands are moved across your face, with electrical currents stimulating the muscles in your face, communicating with them to increase collagen and elastin - the stuff that makes you look youthful. It claims to lift, tone, and sculpt your face, and like body exercise, the effects are cumulative. 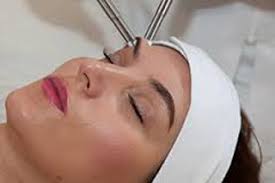 Well, I saw the before and after pictures Solo showed me from previous clients, and they were impressive to say the least. Like, real, visible improvement after just one treatment. No invasive needles or operations, it's all just little wands giving you electric pulses for about 25 minutes. Pain free. It's actually very relaxing. With all these ladies having Botox parties and doing everything they can to hang on to their looks, it seems like a good time for them to try this easy little boost. I did, and was super impressed. I don't know why, but after my session my face looked even again. My eyes looked more awake. I went to the Venice sign lighting a couple of hours later and the first friend I ran into told me I was "glowing". I'll take it!

You can too. Solo is offering your first nano current facial treatment for a mere $35 so that clients can find out about this new way to look great ... maybe for that holiday party coming up? That's less than half of any facial treatment I've ever had, with actual, obvious results. I have no idea how much Botox (Botulism in your face?! No.) costs, but I know it's way more than $35. That's like two drinks out on Abbot Kinney! Do this instead. 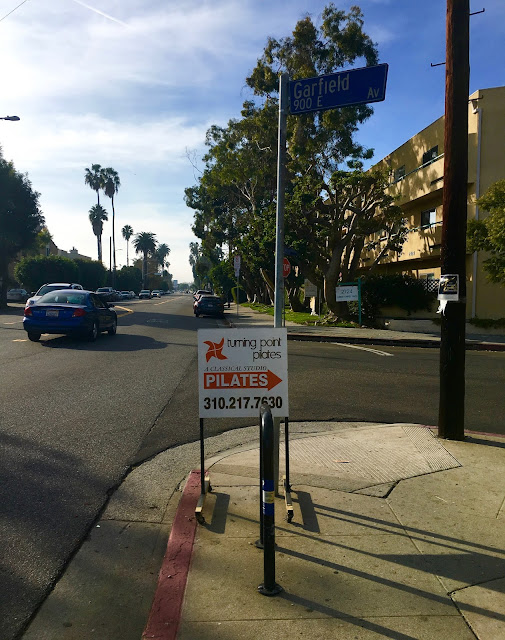 I'm all about keeping Venice unique, as everyone knows, and I'm all about supporting independent local businesses - Turning Point Pilates/Facial treatments is both. Congratulations to Robin for hanging in there and staying in Venice, in what she now calls her favorite studio space yet. Believe me, I know it's not easy doing it all on your own, but she's doing it, and doing it well.