I just took my first Pilates class ever. And I loved it. It always seemed like a lot of rigamarole for a lady who prefers to do my exercising outside, preferably free and alone on the beach so I can think, with no one yelling at me what to do, in my own world. Classes, equipment, a bunch of other sweaty people ... none of that is really my style.

Then one day Robin Solo, owner of Turning Point Pilates in Venice, reached out to me and invited me to come and try a class. I'll pretty much always try something, so I went. And I can still feel it - in a good way. 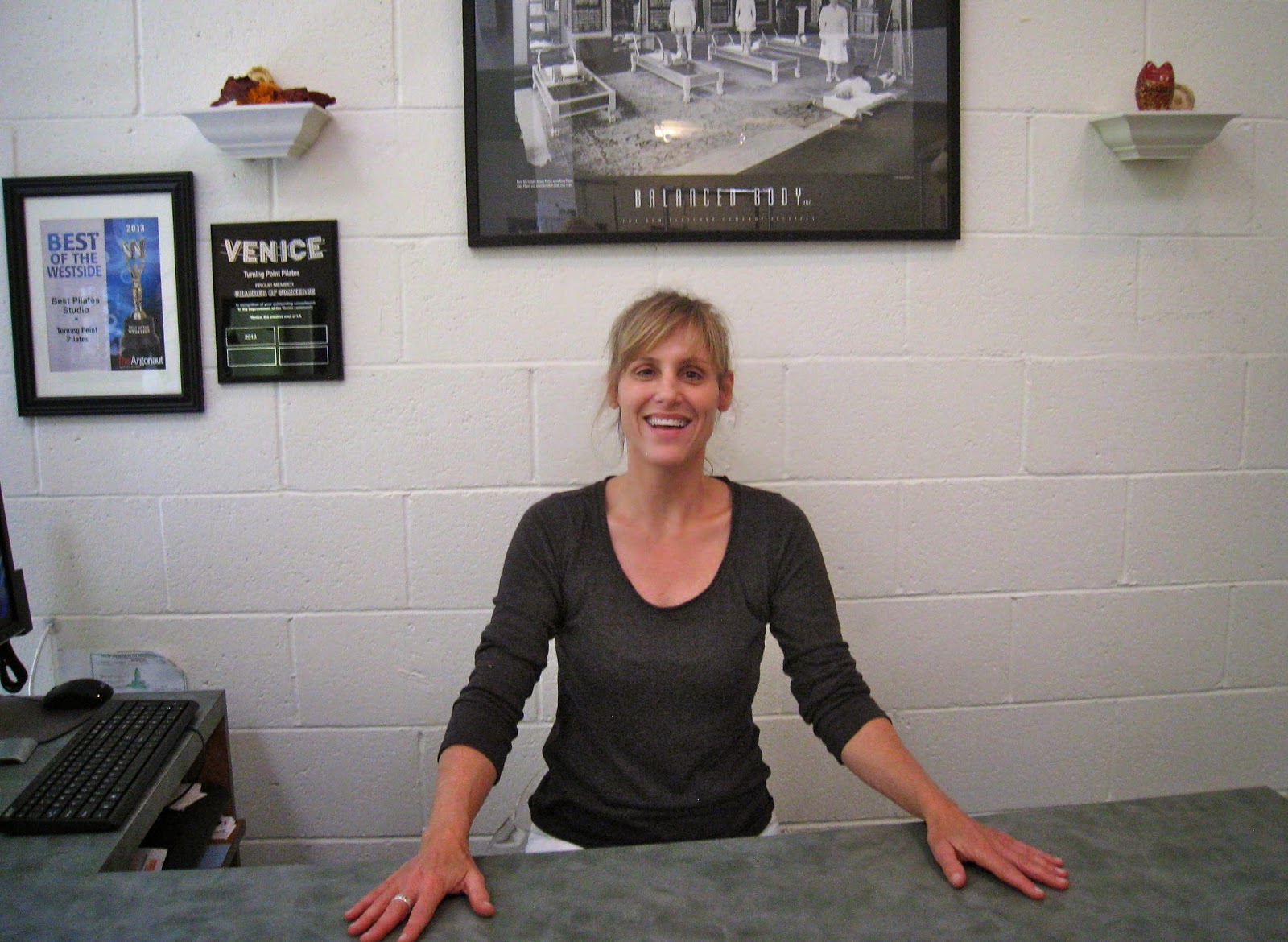 Turning Point offers instruction (since 2006) from their sunny Venice loft space in the traditional, classical Pilates methods founded by a German fellow, Mr. Joseph Pilates in the 1940's (a photo of whom hangs over the front desk). It was developed to strengthen all the muscles at once, around a strong core, and became very popular in the dance world, for the lengthening and strengthening it offers. It soon took off so that all sorts of people got into, and greatly benefited from it. It's popular because it does give you a hot body, but also makes everything better and easier for you, even just getting up out of bed every morning. It engages all of the muscles, all of the time. And you can sure feel it - as you're doing it, and for a couple days after, in my case. 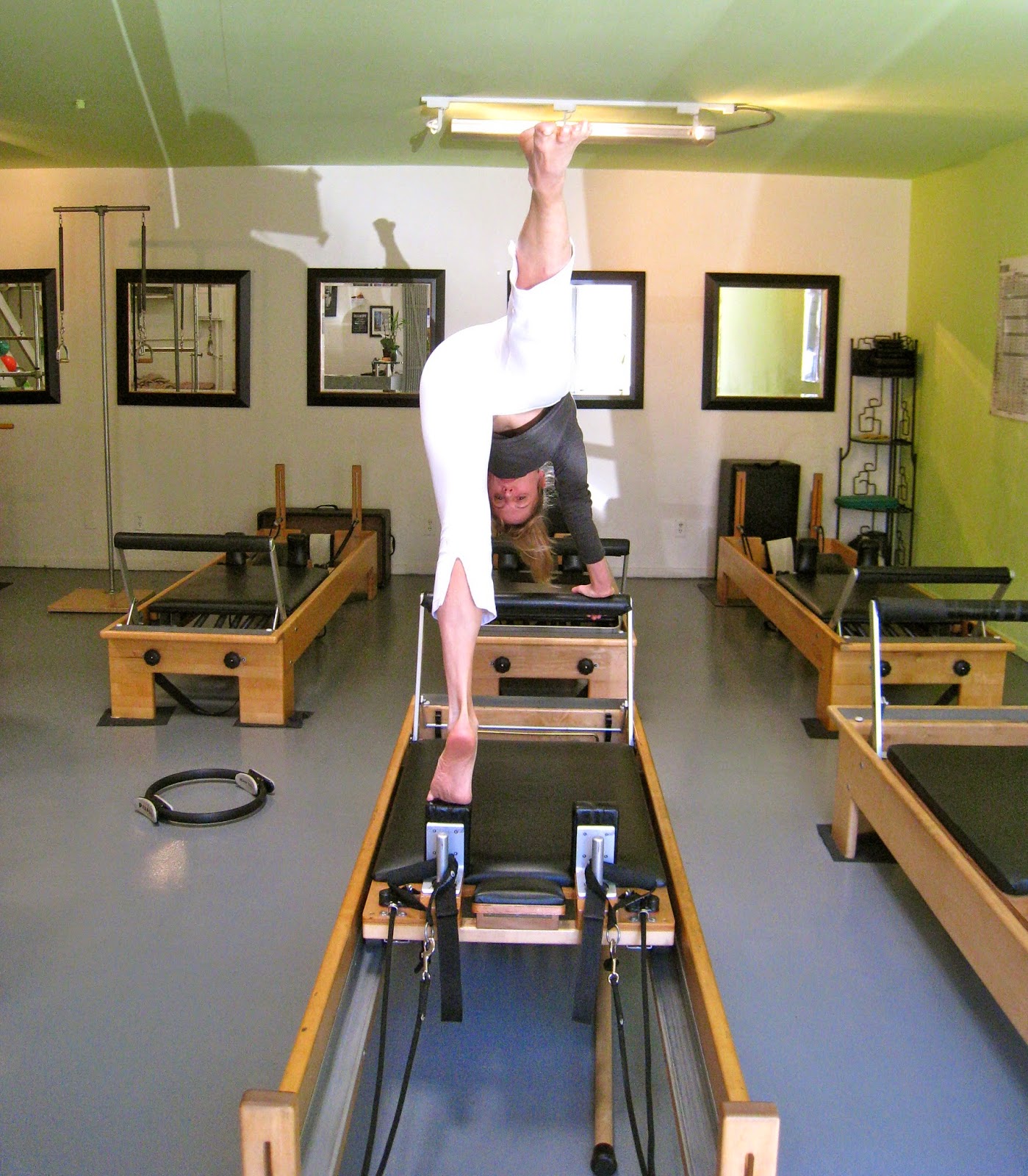 "Each movement is a whole body effort, but it's mental exercise too. It's cerebral," Solo told me right before getting me on the reformer. That's another bonus ... you're concentrating so hard on your muscles and the movements, that there really isn't room in your brain to think about your work, or your dude problems or if you want to go to that art opening or not that night ... it's all about what's going on in your body at that moment. For someone like me who has a hard time shutting off my thoughts all the time, it was a welcome hour of total concentration, of my mind working only on my body. It was rad. And both easier and harder than I thought. Easier because the movements are completely manageable and the machines ("reformers") are only there to help you. Harder because those little movements in short sets soon had me sweating for real, and standing on quivery legs. Later that night, it hurt when I laughed, a sure sign that something had worked. And worked hard. 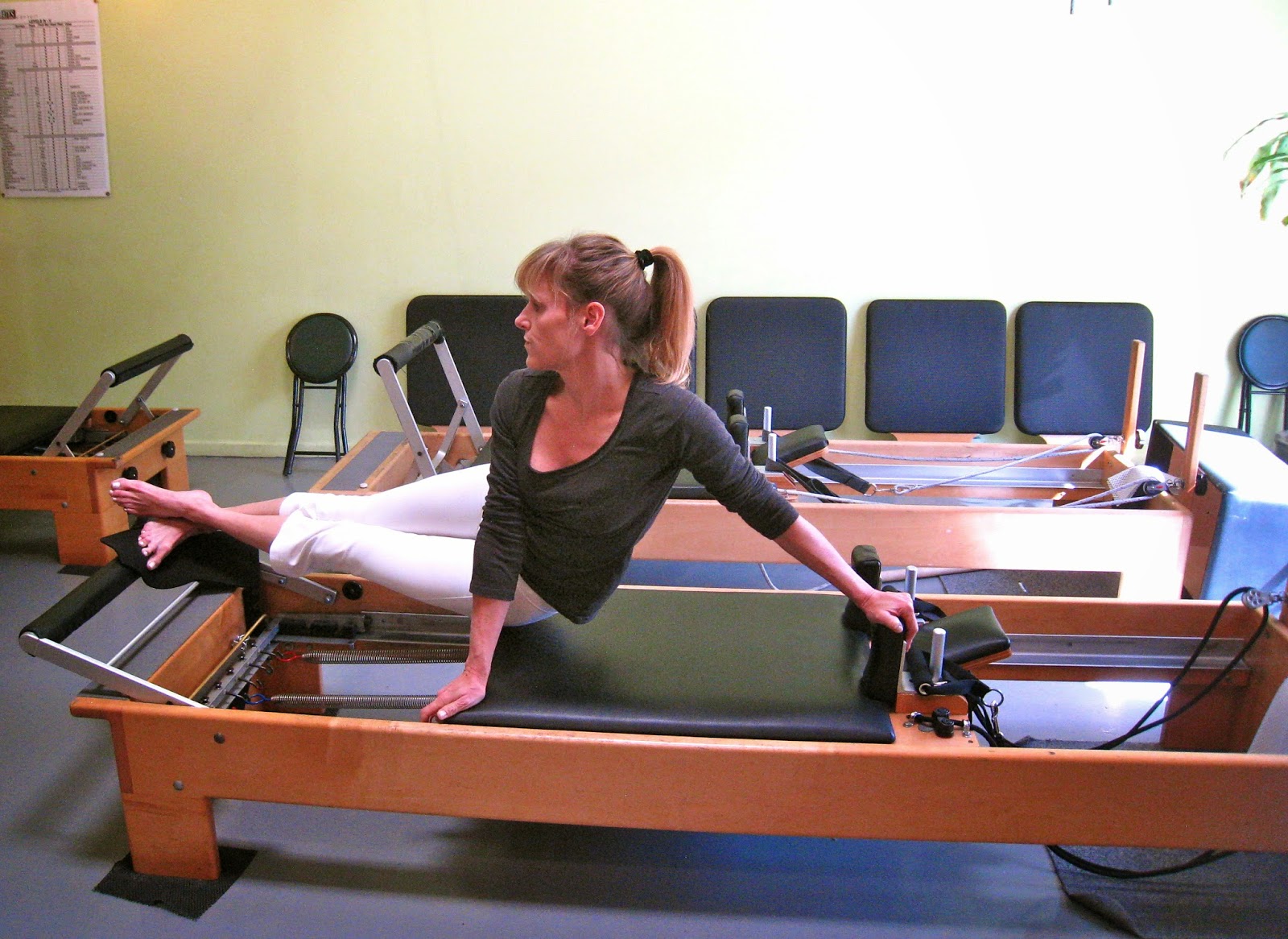 Solo (no relation to Han) is a native Californian, who after burning out on years of "soulless" film production work, really wanted to do something that she felt mattered and made people - including herself - feel good. She took Pilates classes and realized that was what she loved and wanted to share with others, in the traditional way. "I wanted to help people feel better, and this changes peoples' lives. There's a real gratitude factor." I get that. I'm in, I thought... 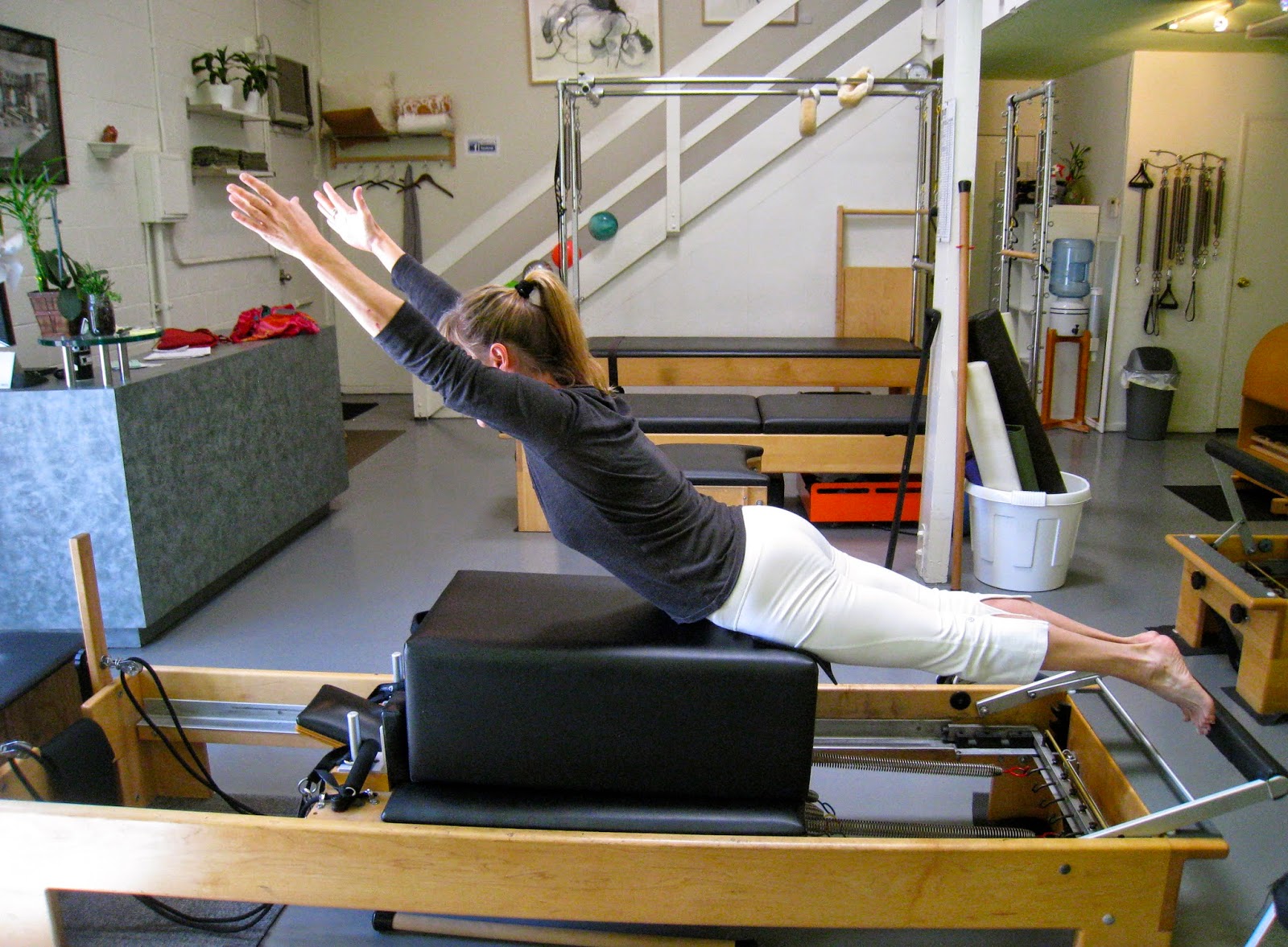 No sooner had she said that, then a delivery guy opened the door and asked Solo if she would accept a package for a neighboring business (they're located in that office park between Zinque and Tlapazola, smack in the middle of Venice, so you can just walk or bike over, but if you have to drive, there's easy, free parking). He glanced around and said, "Is this a Pilates studio?! I totally owe my walking straight to Pilates! I broke my ankle and they said it was so bad I might not walk again, but I started doing Pilates and it's awesome.! Can I take a card?" He did, and he'll be back, this big guy shouting, "Yay Pilates!" as he left out the door. It was a perfectly timed testimonial, sure, but I too could already feel relief in my hunched up writer's shoulders immediately after my session with Solo. No joke. I feel taller after one class. So I too will be back.

"Lots of classes out there are fusions, like Pilates on meth, " explained Solo when teaching me about the original way. "It's hard for boutique businesses to compete with all the chains (Venice doesn't believe in chains, remember?), and I don't want to dilute the purity of Pilates" - so she stays indie. We like that here. And this is the real deal. Taught the way Mr. Pilates taught it. Legit. 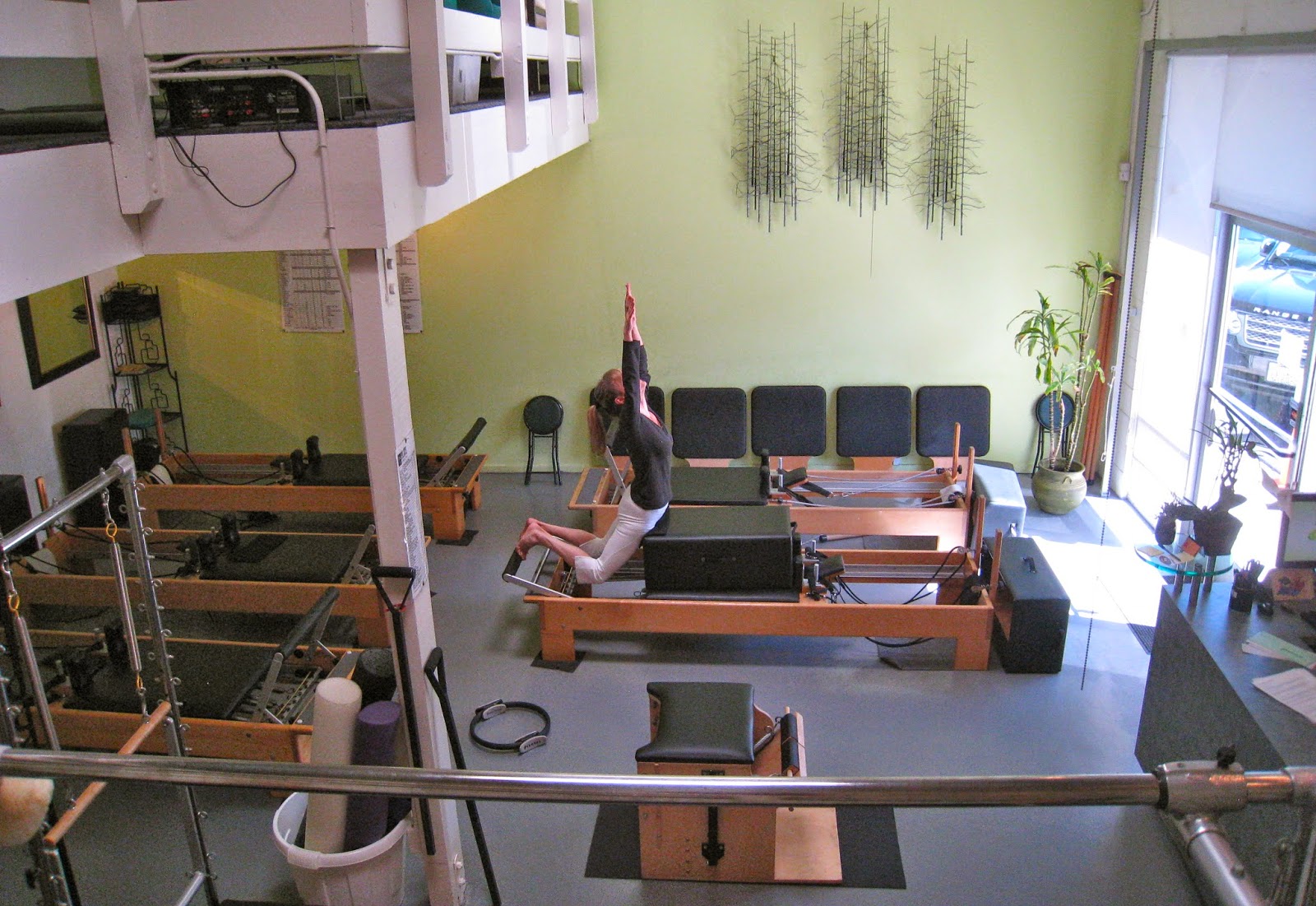 Working and living in Venice, Solo enjoys exactly that ... being able to walk or bike to work. Walking the canals. Observing the ever-changing graffiti, and like me, loving the Art Crawl when it's on. She loves her Hal's and Primitivo, but like most people I speak to, the most important thing to her about Venice is the community. If you're part of it, you know what that means ... the friendly waves, the knowing your order, the having your back if you need it from people who also came here to live because it's special ... and needs to remain so. The Community helps to ensure that it will.

About Venice, Solo says, "It feels good down here." It does. Even more so when your body feels good and you walk a little taller around town.

*Solo is pictured here doing way harder stuff than I did. Don't be intimidated by her moves, you can totally handle it. Her clients range in age from early 20's to almost 80's, in all shapes and sizes. You got this.