The Townhouse celebrated its 102nd year in operation as L.A.'s oldest bar last night with a shindig to also kick up our heels that Prohibition ended 84 years ago, with a Repeal Day extravaganza that we all look forward to every year.

The halls were decked, and spirits were high, as spirits were flowing freely without fear of arrest, like back in the day. Festivities began early, with a full on pig roast with all the fixings put out on the pool table and served up by our friends at Oscar's Cerveteca. It's all free and open to everyone, and it was delish. I'm still thinking about the excellent cheesy grits they had going on - yuuuuum. What a nice thing to do for everyone, it really is. Also nice was the free whiskey tasting that I didn't get there in time for, but that's probably a good thing. 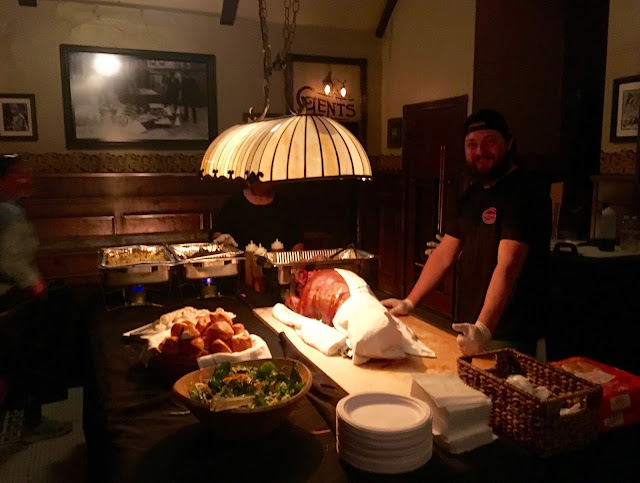 One was given tickets when you arrived, to exchange for drinks at 1933 prices ($1!) for an hour when you heard the bell ring. They offered old timey themed drinks, and I indulged in a "Penicillin" which instantly cured whatever ailed me. The era-appropriate jazzy musical stylings of Brad Kay were on display entertaining everyone downstairs in the Del Monte Speakeasy, where the real draw of the night for me was also taking place - a talk on Venice (and drinks!) history given by the wonderful bar historian, and my friend, George Czarnecki. 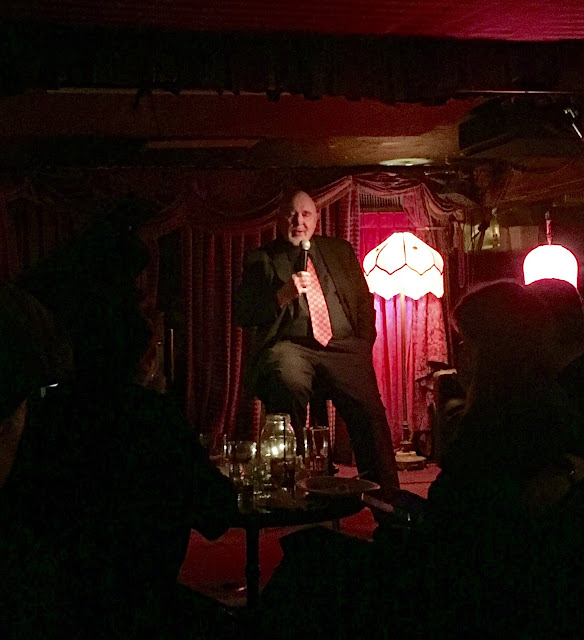 Czarnecki is a true Venice treasure, and his rich baritone held everyone rapt while he spun tales about the ghosts of Townhouse past. He introduced the talk by saying it was the most important day on "the calendar of cocktail culture", and that if we had been sitting there like this during Prohibition, we'd have been breaking the law in this "Den of Iniquity" - which it still is. Czarnecki thanked our hosts, owners Louie and Netty Ryan, then told of how he and former owner Frank Bennett (who he came to work for 24 years ago!) used to come downstairs after work and polish off a bottle while regaling each other with yarns from their shared war veteran days (Korean and Vietnam, respectively). When the bottle ran dry and Bennett ran out of wind, he would slam his hand down on the table and exclaim, "AMEN!" and they'd go back upstairs to let people in for a new day.

Venice - Coney Island Of The Pacific by Jeffrey Stanton was cited by Czarnecki as the definitive history of Venice (I'm working on the modern history myself), and stressed that "If you're going to live and work in Venice, you BETTER appreciate what was here." (Hear that, Snapchat?) He went on to say that "You can't really understand unless you've seen what we've lost, and what we have left." Exactly. That is what all we who love and care about Venice have been struggling to preserve. What we have left.

"Somewhere Cesar Menotti is smiling a wry smile that we're using his name to sell coffee," cracked Czarnecki about the other previous owner (there have only been three in all its 102 years). Because Menotti slung drinks upstairs, and when Prohibition came about, he simply moved the operation downstairs. He explained that the stairways are so steep at The Townie because they used to be elevator shafts to pulley the drinkers downstairs! In all my years of bellying up at The Townhouse, somehow I never knew that. You wouldn't be invited downstairs, however, unless Menotti "liked the cut of your jib."  It was also known as a Mafia bar, "where the bodies would just wash out with the tide in the morning." This was said with a wink, but I wouldn't be at all surprised. This was - and still is in some ways - the Wild West. 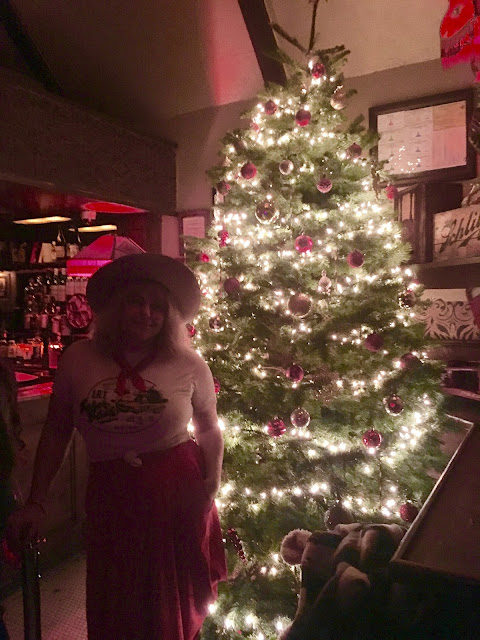 "In the '30's, this country could use a drink, a bracer," Czarnecki said about the Depression Era, but I feel like we all needed one just as bad on this night decades later. During Prohibition, the toast that would ring out in The Townhouse basement was "Let us strike a blow for Liberty!" - which they eventually did. As we must all do again now. Everyone knows this, and Czarnecki addressed it by saying, "Exercise your franchise - Vote! If you can't vote FOR something, vote to REPEAL something. Then find yourself a good saloon." Like The Townhouse. 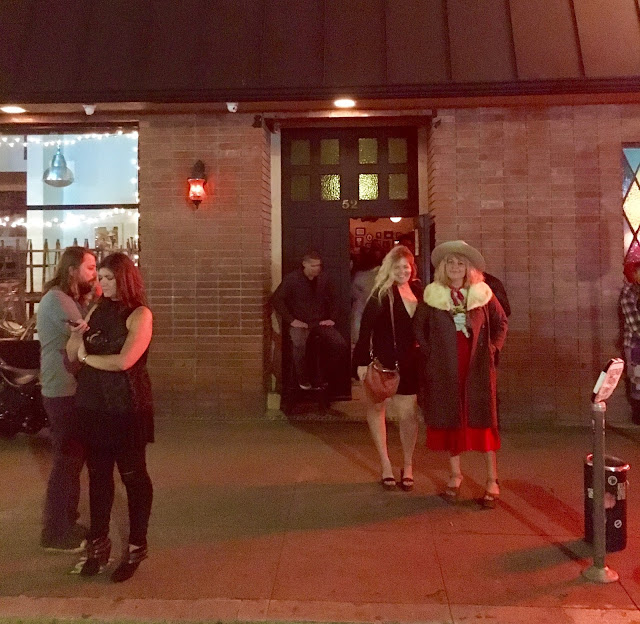 In closing, Czarnecki, our beloved boulevardier, led us all in the glass clinking and shouting of "Let us strike a blow for Liberty!" We did, and then dear George bellowed, "Ladies and Gentlemen - AMEN!" as his mentor had done before him. (These days I would add, AWOMEN!) 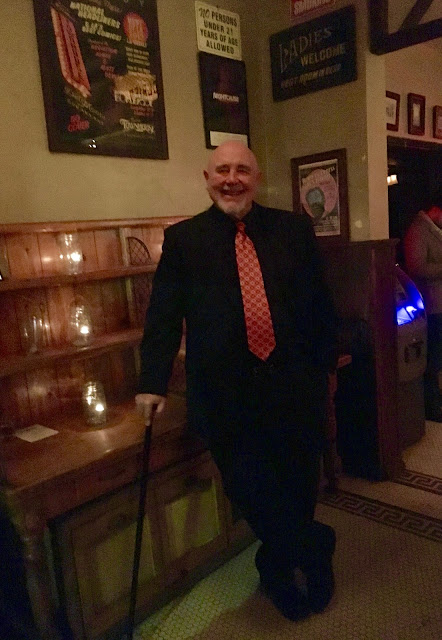 Louie Ryan thanked everyone for coming, saying he was merely the "Custodian of The Townhouse at this point", and that George had led him in how to honor the venerable bar's history when he took over from Bennett. Todd Van Hoffman summed it up, saying "The Townhouse honors the living history of Venice." You truly can feel the aura of its history, and I was jealous of the broad who had dressed up in perfect Prohibition Era style ... it made it feel like we'd just emerged from a time machine. Let's all theme it up next year! 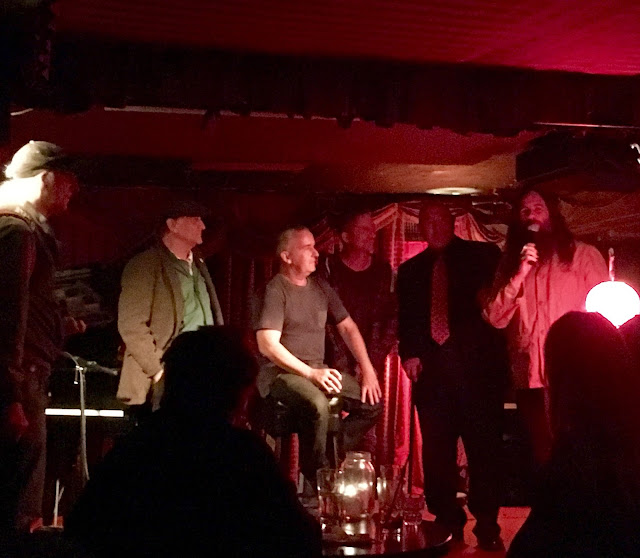 Then the bell rang and we all drank like 1930's people. The Mudbug Brass Band led the parade from upstairs to down, and regaled the crowd with their Dixieland fun until last call.