Today is the very last day of Abbot's Habit being open on the corner of Abbot Kinney and California in Venice. That was hard to type. 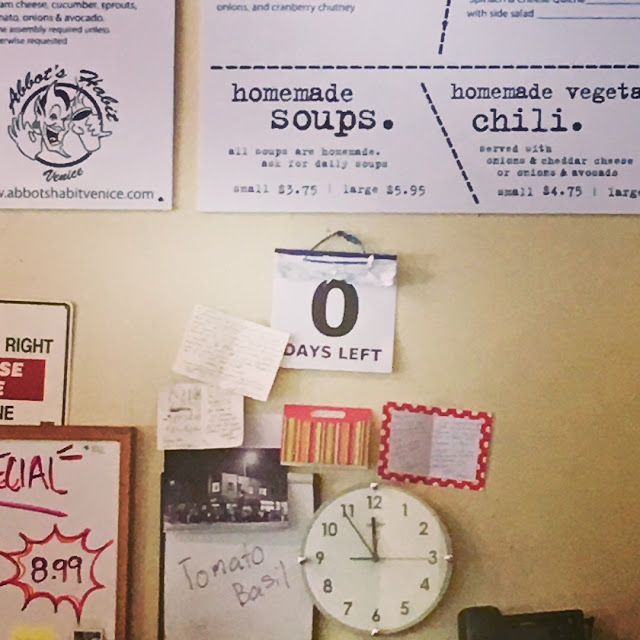 My Mom and I were just in there having one last coffee, exchanging hugs, and generally not wanting to leave. Not wanting it to really be over. Not wanting to accept that our beloved local hang is closing its doors for good. 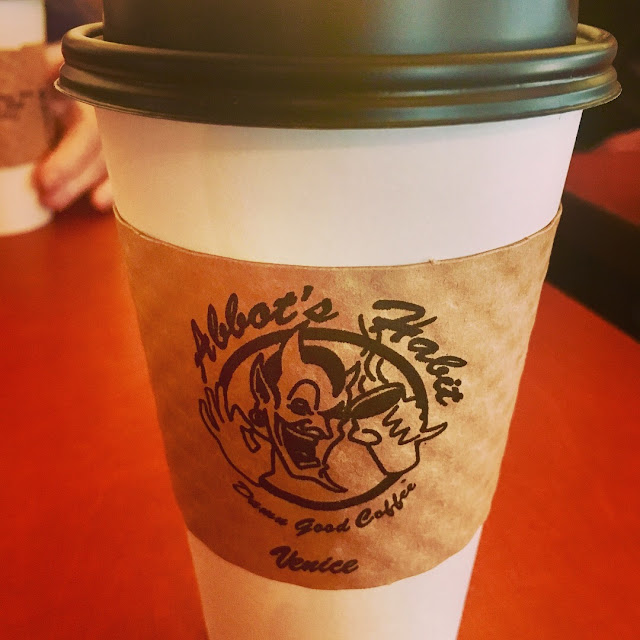 Gentrification, man. We all lament it, but it just keeps on happening. People keep raising rents, selling out to the highest bidder, and making it harder and harder for genuine lovers of Venice to stay in both business and in residence. The big picture seems to have been lost in a haze of money and greed that has been changing our town for the way less cool for a while now. Venice is losing its edge daily. 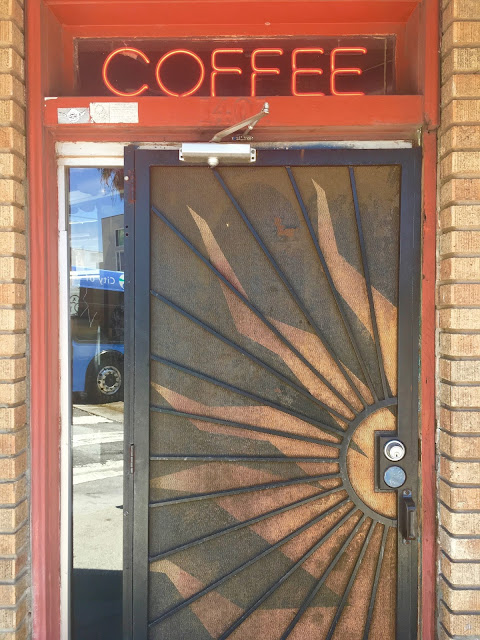 I got choked up several times while sitting in there listening to the regulars exchange stories, and wonder where they'll hang out now. For anyone that was a Habit habitué, places like Intellegentsia or wherever just don't cut it. You want to be where locals are, not where hipsters think is cool. Where will the corner guys hang now that the Habit is gone? Like Stanley Behrens wrote on a goodbye poster hanging up there today, "This was my favorite corner." Ugh, I'm choking up again. 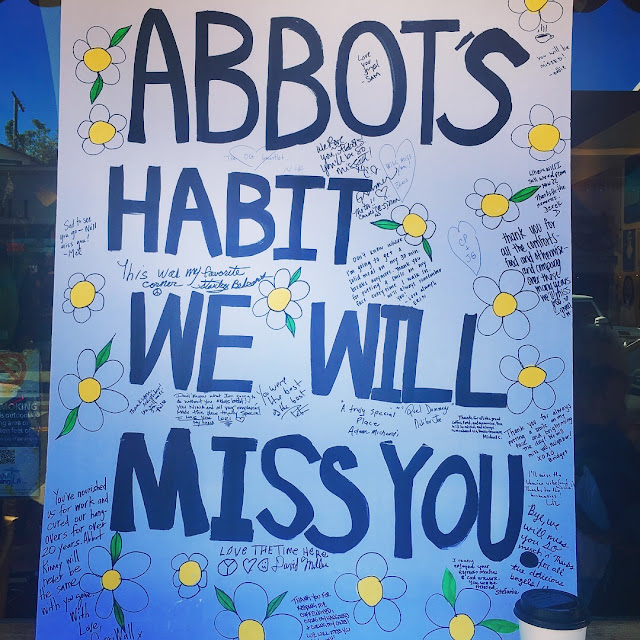 Change happens, we know, we know. But the astonishing rate of turnover on Abbot Kinney, and the lack of vision it is accompanied by, is just downright sad - and wrong. Driving out everything that made Venice special will only make it boring ... the same as everywhere else. Generic. Who wants that?!

We finished our coffees (there was hardly any food left for sale after an intense morning of folks wanting their one last bagel special, etc...), shared more hugs, and will be heading back over there in a little bit to pop some bottles of thanks and one final finalé with Nina. With for sure some more tears. 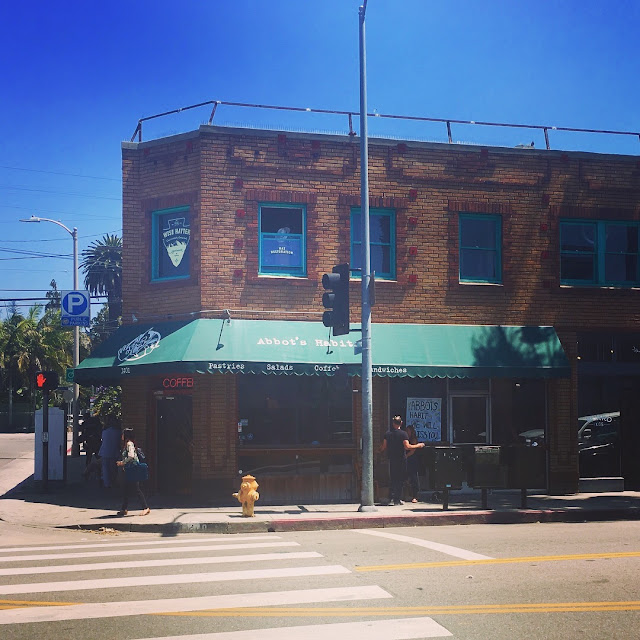 Thank you for everything over the years, Abbot's Habit. You will live forever in our wonderful memories.