There was a real fun art opening last night in Venice when Kelly Slater brought his vision of an artistic journey through the 2016 election to the Folding Table Gallery on Main Street. Apolitical Process was curated by PM Tenore and features the work of Kevin Ancell, Todd Glaser, and Bruce Reynolds. All the pieces reflect what's going on in the current mess of getting a new President elected, and aim to expose the truths, dangers, hypocrisy and misinformation, according to the writing on the wall. 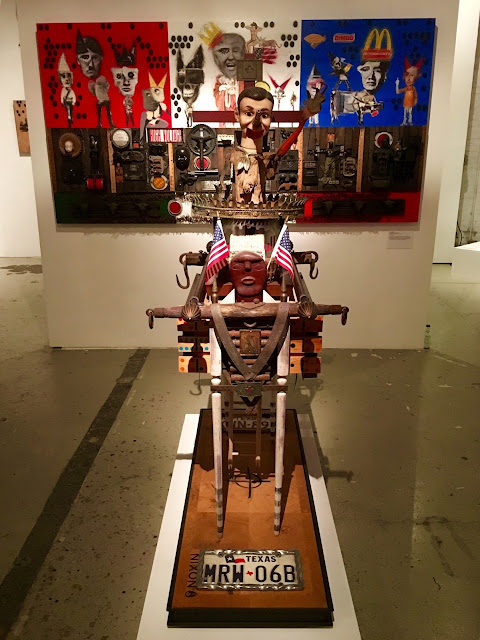 The place was jam packed and the crowd was spilling out on to the street on a balmy evening. The bar was open, and everyone was enjoying it as they checked out all the great work. Every last piece was awesome, and meant to provoke discussion and promote the questioning of the powers that be (also on the wall). Right on. 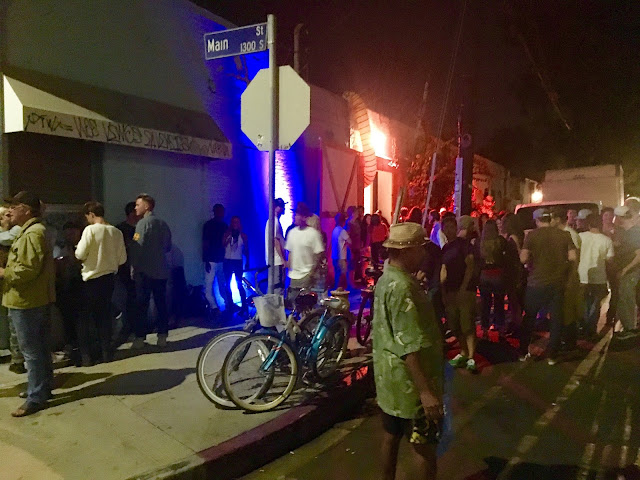 It was all very impressive, and no punches were pulled when it came to skewering those that deserve it. Like Ben Carson. About Guess Who's Coming To Dinner (It's Not Uncle Tom) 2016,  Reynolds captioned with "How a black neurosurgeon who has supported a presidential candidate, who is running a campaign that has courted white nationalism with dogwhistle politics. All coming on the heels  of the first black man to become President Of The United States." With Carson's face on rice boxes. It would be funny if weren't so sad and true. 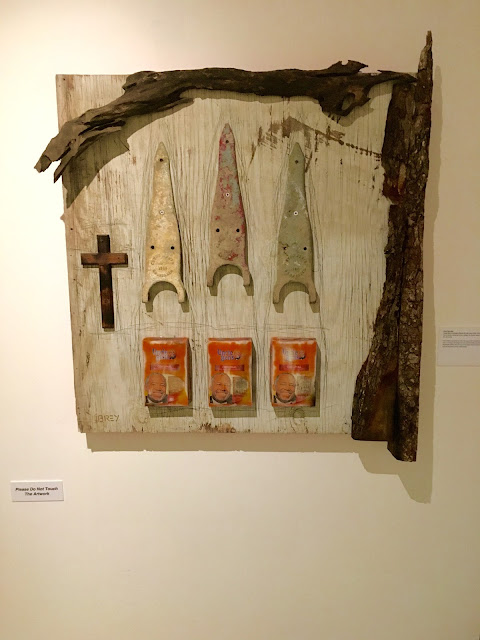 There were a lot of guns on the walls, which is automatically heavy, especially considering all the shooting of innocent people going on these days. It's hard to even think about ... but we have to. We have to make sense of it somehow in order to STOP. IT. 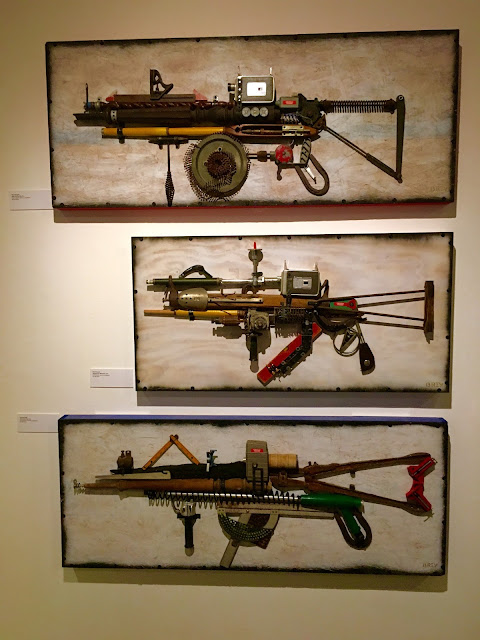 Reynolds had a bunch of great sculptures, and an obvious intelligence and wit, as seen in his cuckoo clock piece, making a statement even with the material chosen - cuckoo. 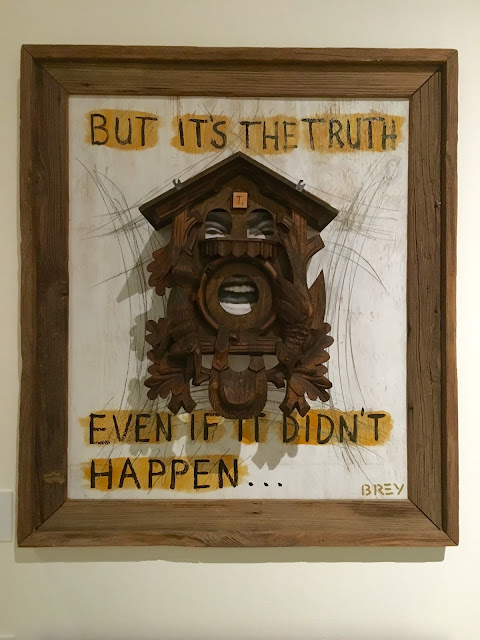 One of my favorite Reynolds pieces was Bye Bye Miss American Pie, 2016. Its caption read "This piece represents American Democracy under attack and being stripped of its dignity by this political cycle. AMEN. It's based on the Esquire magazine cover that featured Muhammad Ali after he was stripped of his title for draft evasion - when really he should have been applauded. It's powerful stuff. 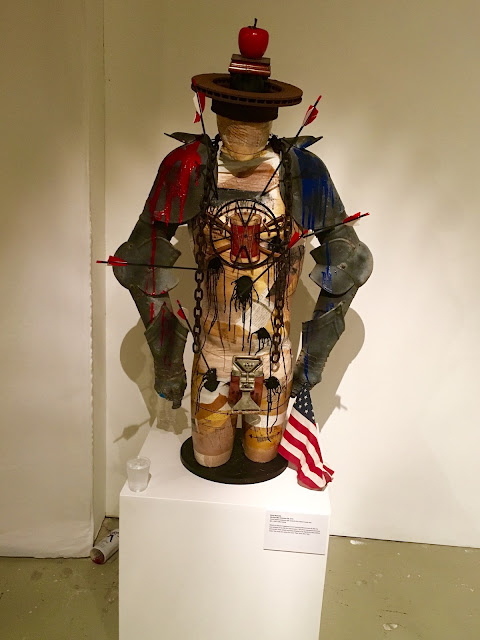 Todd Glaser had some gorgeous, silvery photographs, one featuring Slater, who was in the house having a great time with friends and fans alike. 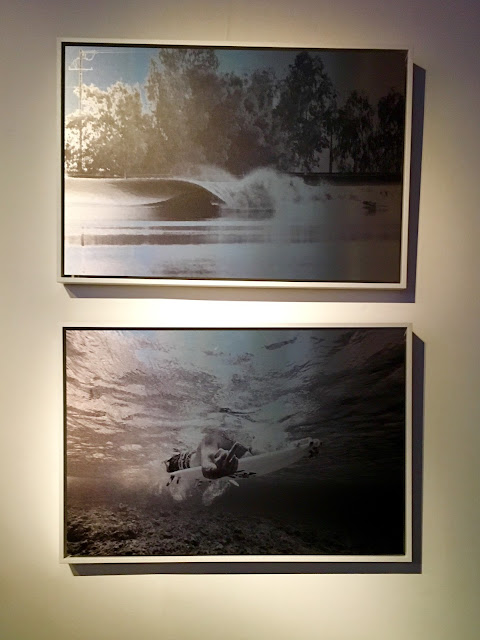 The crowd was heavy on the surfers, of course, and everywhere you looked there was another friend, another local, all there to support both Slater and his very profound vision. 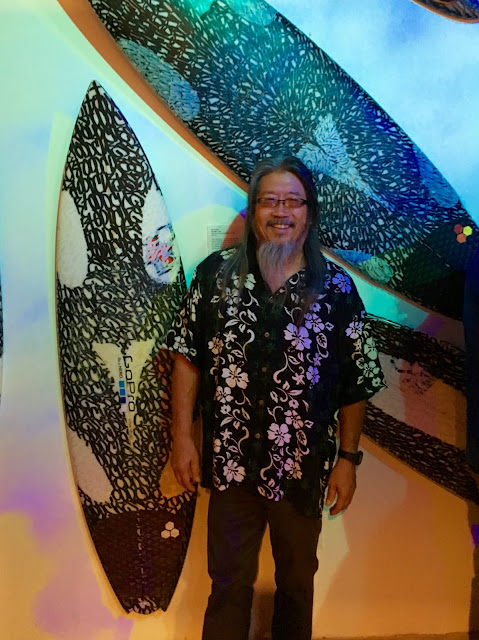 Kevin Ancell painted an entire quiver of Slater's boards in the black and white patterns of an Orca, which Slater asked for after being extra moved by the documentary Blackfish. Names of friends who have passed away were etched into the boards, giving a patina of sadness to the beauty of the memorial. 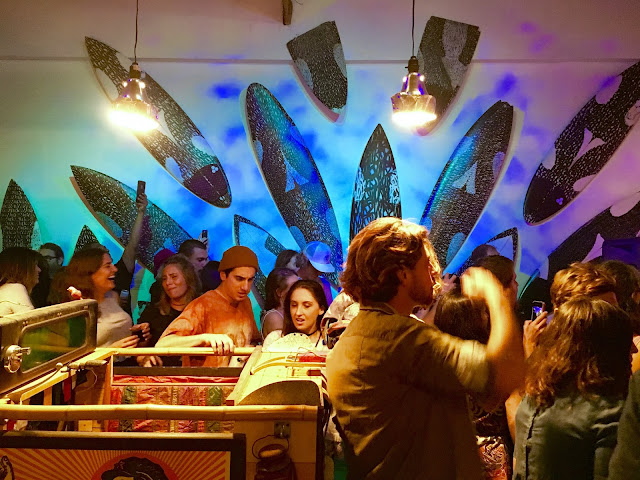 All the heavy subject matter couldn't put a damper on the spirits of the party goers, however, as everyone was having a grand old time, that got even more fun when the band struck up, with Slater fronting them on vocals. It appears that there is very little that this super man cannot do. Geez. 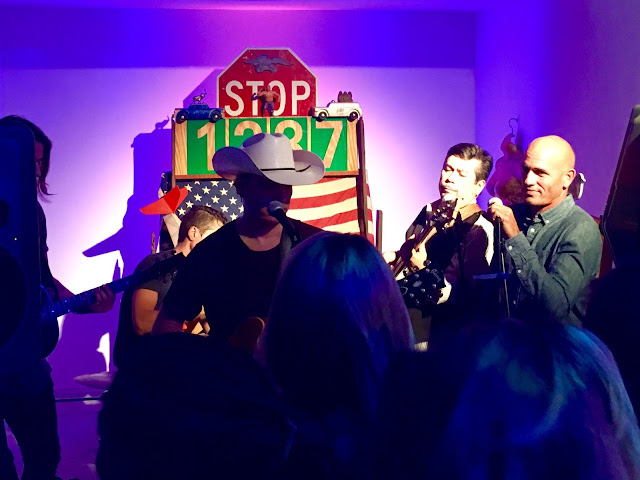 The band was cranking, turning the energy up even higher in perhaps one of the best reactions to all of the madness that one can have ... as Emma Goldman famously said, "If I can't dance, I don't want your revolution." 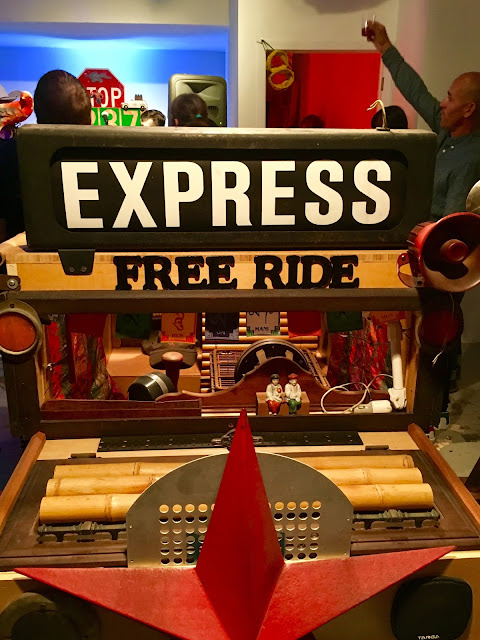 Thanks to all involved for a great, thought-provoking, rocker of a night!

Apolitical Process is on now through October 9, 2016. You want to see this show.