The 32nd Annual Abbot Kinney Festival - FUN In The Sun!

Yesterday was the 32nd Abbot Kinney Festival in Venice, and it was SO. FUN. You never know what kind of day you'll get for the Festival ... we've had totally socked in foggy days, perfectly crisp Autumn days, but yesterday might have been the hottest one I can remember. It was sweltering out, and that just meant that people got all the crazier. Like less clothes, more drinks. One had to stay hydrated, after all.

We had Vikings football in the morning, so that got the party day started, but also meant that we were a bit tardy in getting to the Festival. After a solid Minnesota victory, we raced over to my Abbot Kinney adjacent pad to create a headquarters, and then jumped out into it all. There were so many booths to visit and already half the day was gone, so it was pretty much speed-looking at it all, but not all that speedy because you kept running into longtime Venice folks that you hadn't seen in a while - the best part of the whole affair. 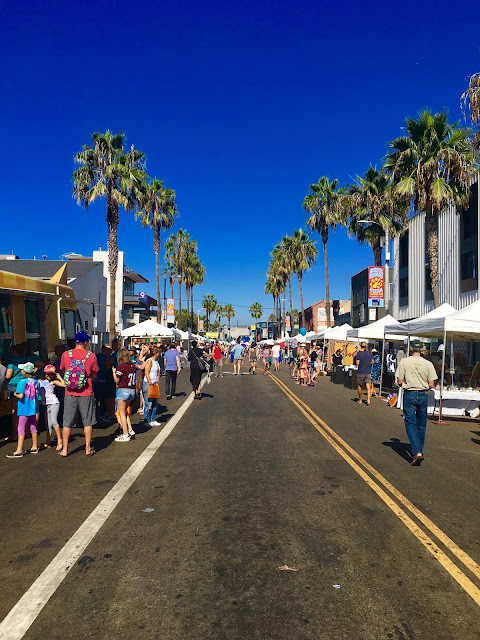 I always call the Abbot Kinney Festival the Venice Homecoming, because it's on this day that all the locals who have been avoiding Abbot Kinney the rest of the year, come out to see each other and celebrate together. It's so fun, and you're guaranteed to run into some of your very favorite Venice characters. I LOVE these people!

Speaking of people I love, my BFF Brigette came down with her darling kids. Newborn baby, Dawsen, showed up for her very first Abbot Kinney Festival! This meant more frequent trips back to headquarters, but that was a welcome reprieve in the crazy heat. Yay babies! 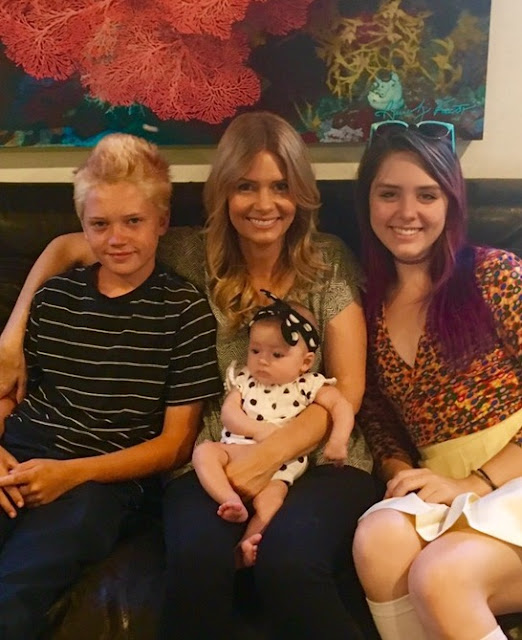 I was happy to see my good friends from Turquoise and Tobacco with a great booth full of the jewelry I was wearing all day ... 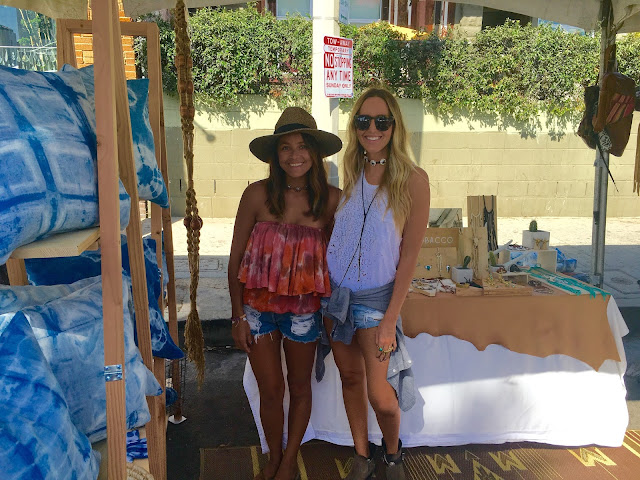 My friend Darren Pattanumotana had a booth serving up  her handmade Venice products, from cards to tote bags (that if you missed are also available at Burro!) ... 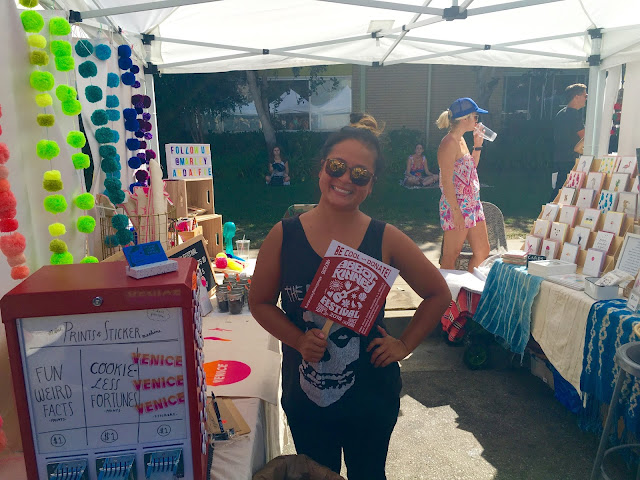 Another friend, Erica Silverman, had a booth full of her art products, and added to the family affair vibe with her parents visiting from Michigan helping her to man the booth ... Special. 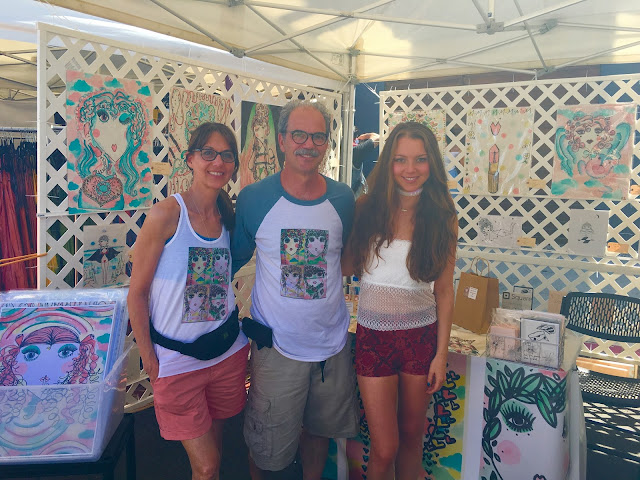 Trim had an all-day Western themed party that was going off so hard that we never even made it inside. It was super hot so we opted for the fresh air partying, but I heard it was extra fun in there, as one would expect!

There was another festival piggy-backing on to the AK Fest this year, and the Venice-Brooks Festival was happening down near the beach where Abbot Kinney turns into Brooks. There were more booths, more food, more drinks, and more people having all kinds of fun in the sun ... so much that it was almost overwhelming. I couldn't stay long because the bulk of my friends were all back at the "Locals" stage at Andalusia, having too much to leave for another festival. It was fun and cool and great reggae beats were spinning all day, and I wish I'd had more time to enjoy it. 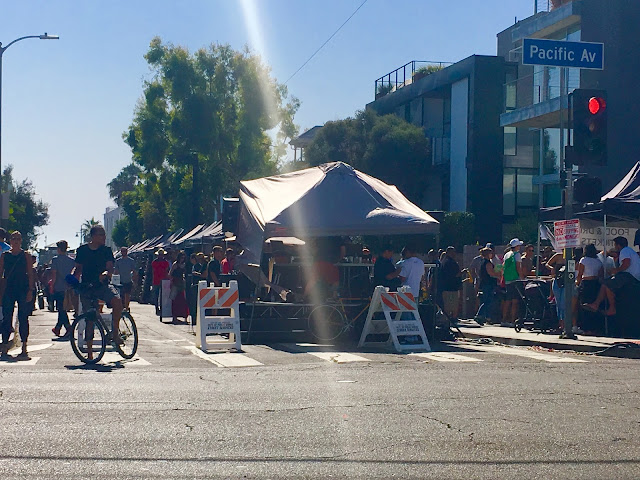 Zooming back to Andalusia, I saw all the kids having fun at the Westminster school Kid's Zone, and took in a few more booths that I also wish I'd more time to peruse. There is SO much good stuff going on all day, it's truly hard to get it all in ... but it sure is fun trying! 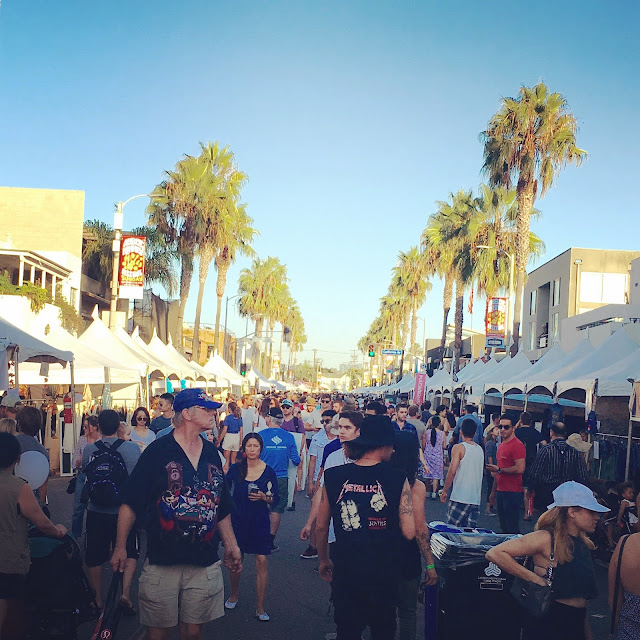 After baby farewells, I was walking down the sidewalk back to the Locals stage when I heard the end chorus to my friend Matt Ellis' song "Hey, Mister!", a number we all sang back up to on its original recording. I got there to see my pals up on the stage belting it out, so I jumped up there along with them and welcomed kids in the crowd to join us in the anthem protesting all the political injustice going on. As we do. It was a blast, and by now our whole gang was there soaking up all the fun. 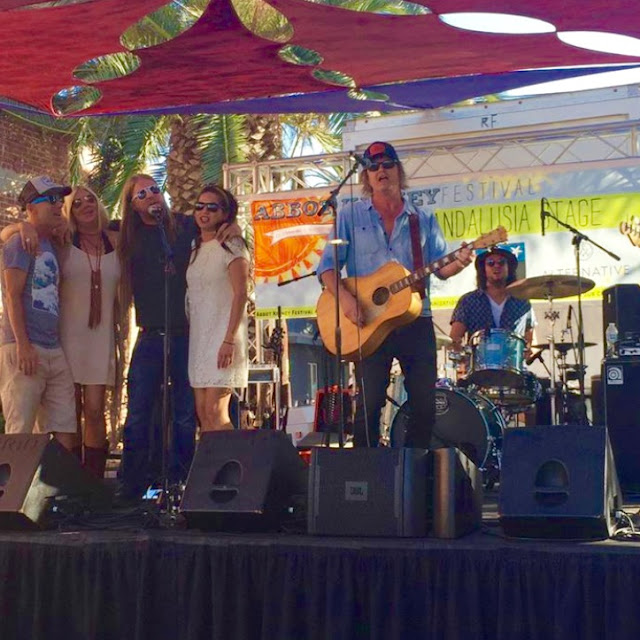 Tom Freund and Venice friends/ultra musicians  (David Ralicke, Adam Topol, Steve McCormick, Stan Behrens, etc_!) played us out of the Festival as golden hour set in, and it was sublime. Paul Chesne and Matt Ellis joined the Freund players for a finale of "With A Little Help From My Friends" that pretty much summed up the feeling and the day. All of us really are getting by with a little help from our friends, and it's days like this that let us both remember that, and treasure it. It doesn't really even matter if you're Old or New Venice either ... the vibe is obvious, and the love of Venice is real. And true. 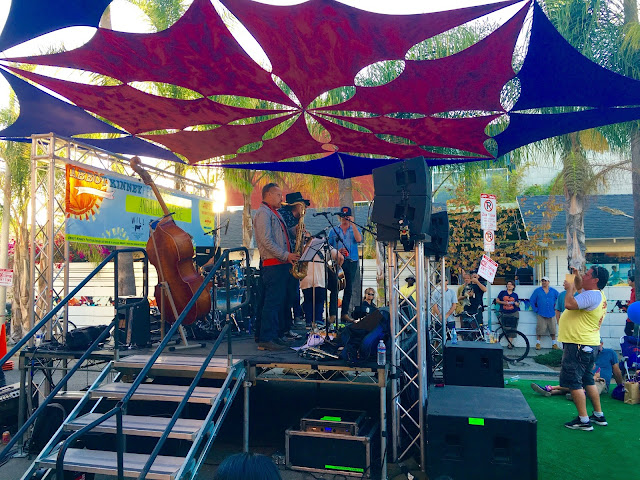 This is where my phone went fully dead, so there could be no more photos ... which might be a good thing. The after-party spread over to Big Red Sun on Rose, with more music from friends, spreading icing on the cake of an already fully great day. I think probably everyone in town went to bed with smiles on their faces last night, as a good time was had by all. Phew!

See you next year, Everybody! (but I hope it's not that long).