Sometimes a lot of fun things happen in Venice at once, and sometimes that means you have to attend an art opening still completely covered in glitter from participating in the Mardi Gras Parade down the Boardwalk earlier in the day. Which is fine, because the art opening was also in Venice, and the people understand. 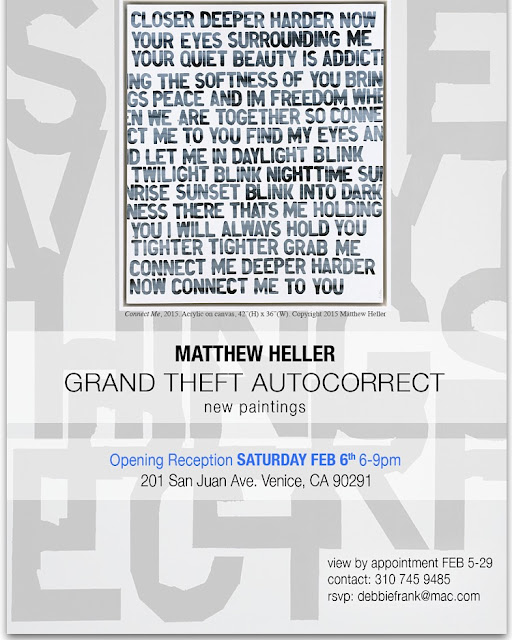 The show opening was Matthew Heller's Grand Theft Autocorrect at the great gallery space that doesn't seem to have a name on Main and San Juan. Heller is a friend's cousin and another friend's favorite artist, so I was there, glitter be damned. 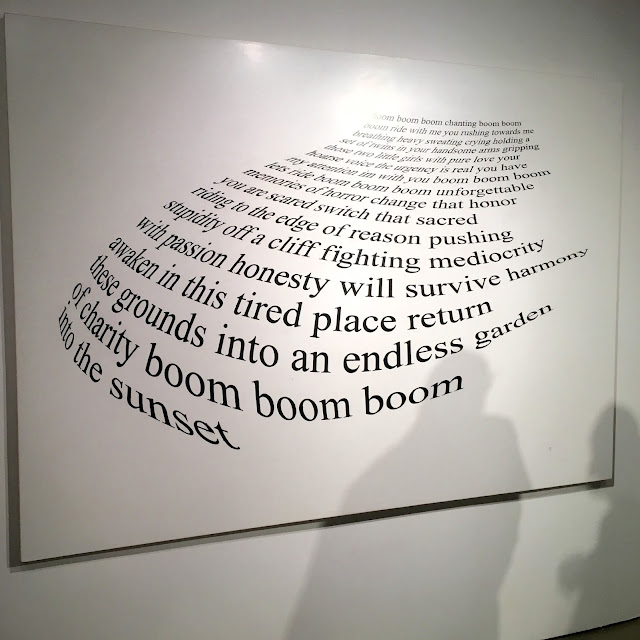 I've always been very attracted to art with words in it (what is that called, anyway?), so Heller's new work did not disappoint. In fact, it was almost all words, made even better by having many of the pieces filled with lyrics from favorite songs like John Denver's "Annie's Song" or David Bowie's "Life On Mars" (done before he died, so not on the bandwagon). 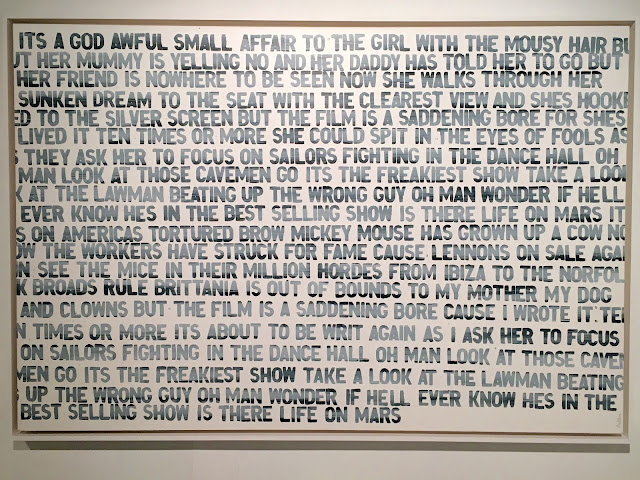 Some of the works are made from what looks like masking tape spelling out words ... 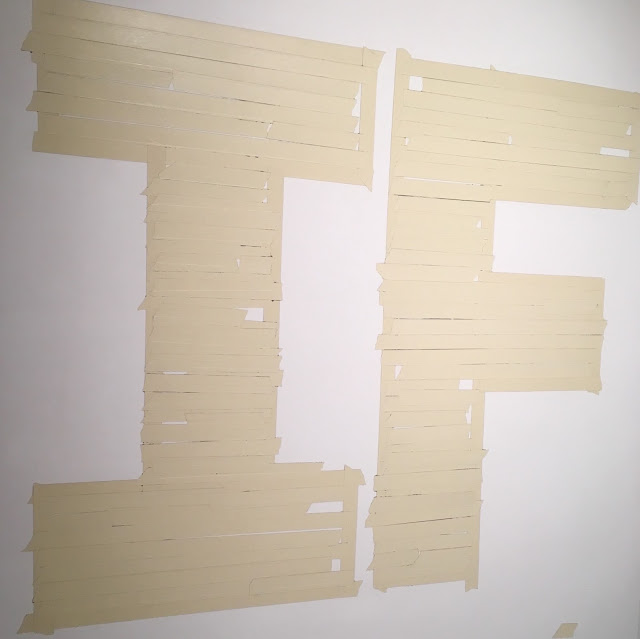 Some pieces feel like you're snooping on someone's love letter writing, someone that's really, really good at inducing swoons through words ... Poems as visual art. Poems that kind of remind of Kerouac at times, high praise for me, indeed. 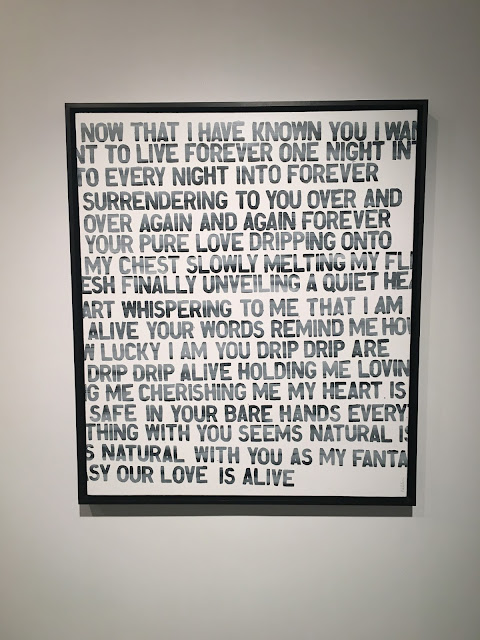 There were a lot of cool people at the opening, made cooler by the fact that no one blinked an eye at the  Glitterbomb talking to them, in fact, some wondered where they could get some for themselves. Right on.

Heller's work contains a whole lot of emotion in pretty minimalist pieces, which I think is the mark of a really good and effective contemporary artist. Simplicity that packs a wallop. 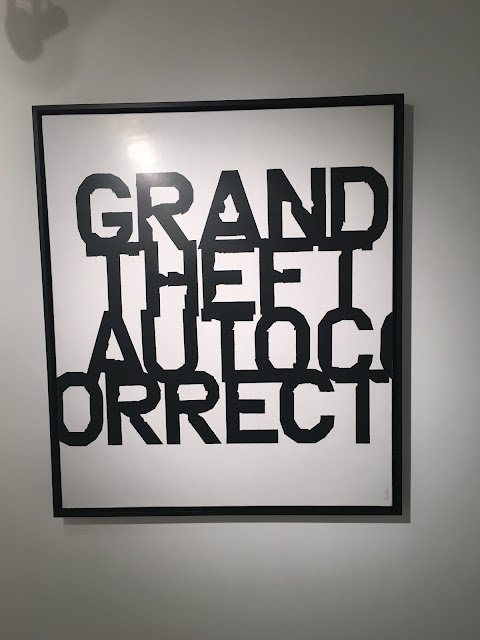 In chatting with Heller, I found that he couldn't be nicer or more open to talking about his work, another refreshing element in his artistic profile, especially with so many artists going up their own ass once anointed as chosen by the Art World. Not Heller. Warm, approachable, smart, and very clearly talented. 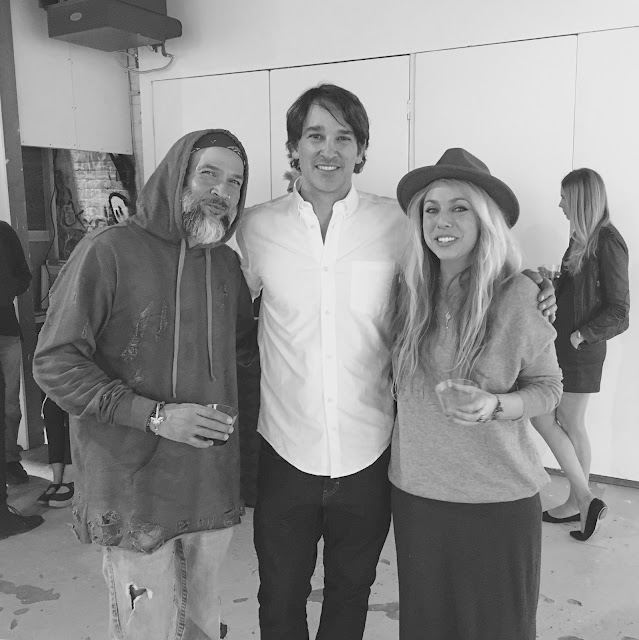 I think my favorite piece was this one that felt exactly just right to be shown in Venice: 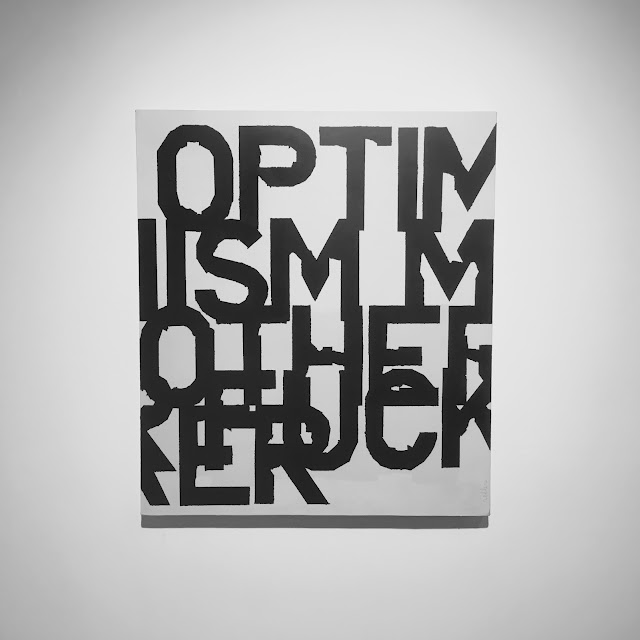 Demand optimism! I love it.