I know a lot of people in Venice were upset to see the venerable Joe's close for business on Valentine's Day, and while I liked Joe's - and it certainly put Venice on the map for food 20 years ago - it was never really my spot. But Piccolo (called Bobo in more recent days, but was always Piccolo to me) was, and it closed for good on Valentine's Day too. So sad. 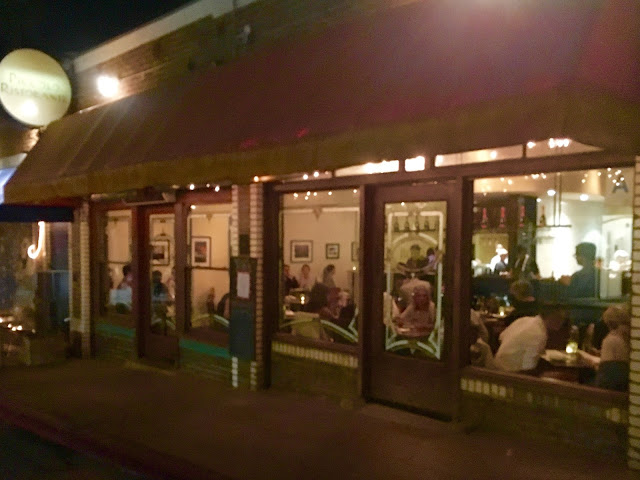 We loved Piccolo from its inception, because it was right next door to our dear friend Sponto's art gallery, where we spent ridiculous amounts of time. The food was exquisite (if kind of for special occasions), and about the best Italian you could find in all of Los Angeles, and it felt like it was a secret. Like it was ours. At the beach! Perhaps that was the problem, that not enough people knew about the excellent, creative dishes coming out of their kitchen from Chef Bobo Ivan. Or they didn't want to trek to the beach (I guess not everyone could bike or walk there). Or they just wanted spaghetti and meatballs over the truly exquisite, often truffle-accented wonders whipped up at Piccolo. Sad for them.

Our last meal was so, so good ... while at the same time poignant, where you had to really savor it, because we didn't know when we'd be tasting Bobo's food again - or where. And neither does he. I know that feeling, and it can be daunting, but when you're as talented as Bobo is ... it's all good. Probably even better, as I told him, because he's had to deal with all the financial and business drama, when he really should just be free to work his magic at his stoves. Sigh ...

So we ate. The most perfect scallops ever ... 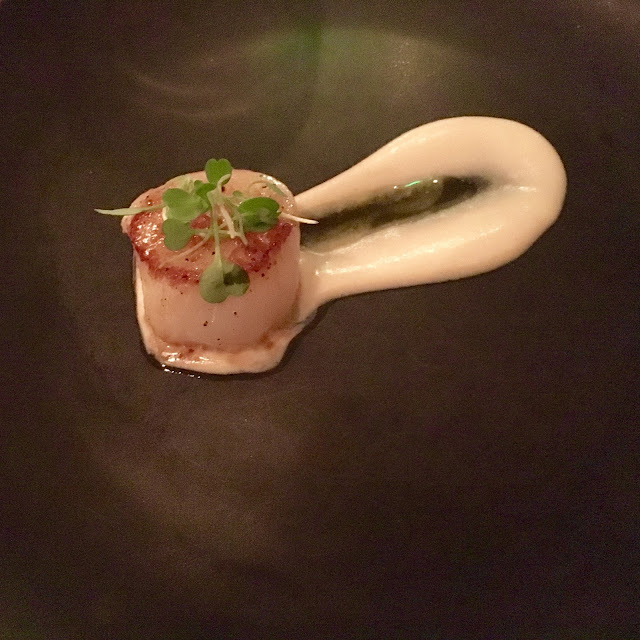 Bobo was maybe showing off for the last weekend, because our squid ink pasta with lobster was just out of this world. My mouth is watering looking at the photo again. Seriously. 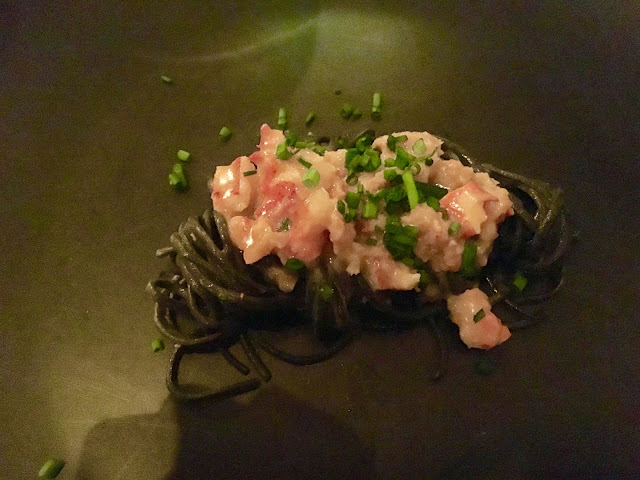 A whole bunch of dishes followed, and as the wine went down easy to drown our sorrows, it soon became a blur of food and laughs and talks and then ... dessert. 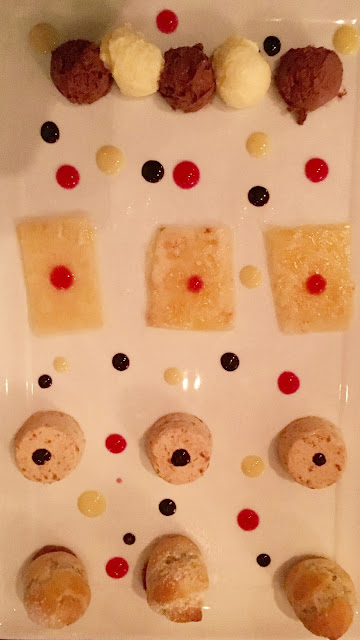 This tray of delights showed up with everything from profiteroles to pineapple tartar ... which we devoured and I think even licked up those colorful dots of sauce. And then it was finished.

We said our reluctant goodbyes, and I looked at Sponto's old chandelier, the chandelier that has lit up so many of our good times (and had better wind up in good hands!), and I just felt like crying. For Piccolo and Bobo, but also for Venice. It seems as though every day lately, we're hearing about another longtime Venice institution being closed in the name of "Progress" which to all of us reads as simply greed grown out of control. 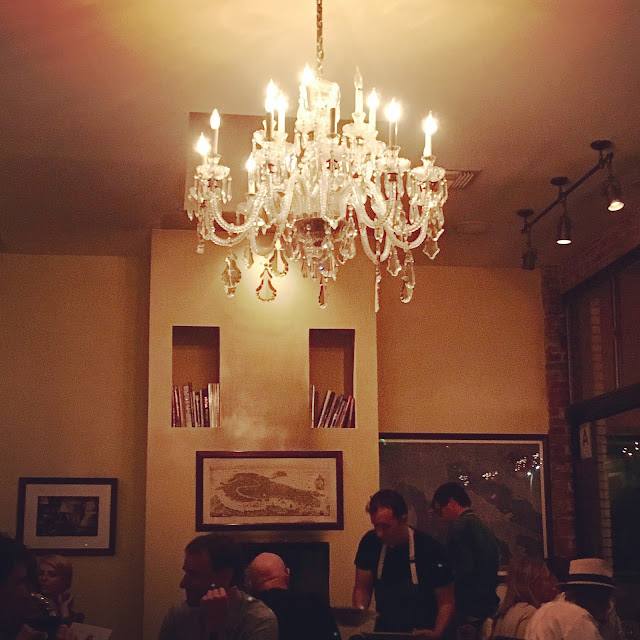 I feel like a broken record, but someone has to keep saying it. Someone has to try and urge people to have some bigger vision, to have some pride of place over the dollar. I wasn't born and raised here in Venice, no, but that almost makes it worse for me. I loved it here so much that I chose to move my life away from dear friends and family and a wonderful city (Minneapolis - all still as dear to me as ever) to live here. Because it was different. Because it was a town full of originals. Because you can feel the creativity in every breath of ocean air you take in. Because I felt like it was ME - and my kind of People. To me, that's worth fighting for. That's worth sounding like a broken record. So, I will.

Farewell to our beloved Piccolo. Best of luck to Bobo and his team. Most of all, best of luck to Venice itself, that we may weather this storm of greed, and tech companies that don't get it, and continue to have Venice as a last vestige of cool in an increasingly SAME world.

Batten down the hatches.