There was a great art opening in Venice last night, and you could tell it was great before you even stepped inside. The overflow crowd spilled out into the street, where an impromptu street party just naturally happened. It was a celebration for the art of Kevin Ancell, another Dogtown legend. 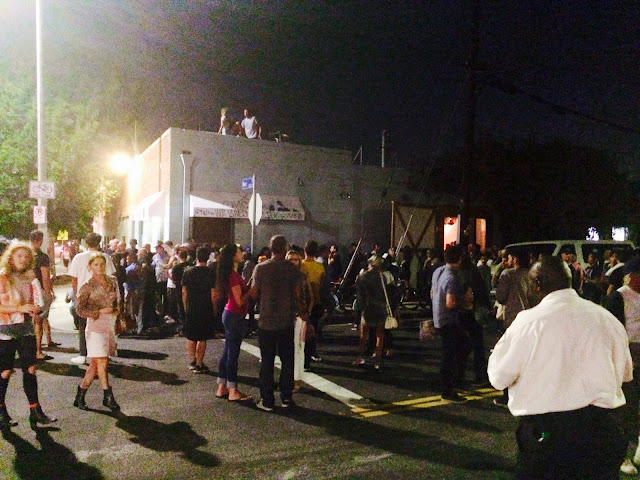 Upon squeezing into the great space on Main Street, I thought it was a group show at first, so diverse were the styles and materials used. But nope, it was all Ancell, and it was all fantastic. 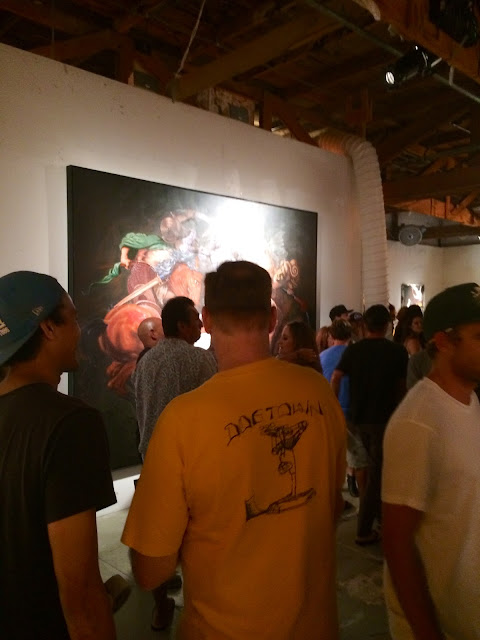 Right inside the door was a memorial to the old P.O.P., complete with burning candles illuminating the painted surfboard that probably surfed that pier. 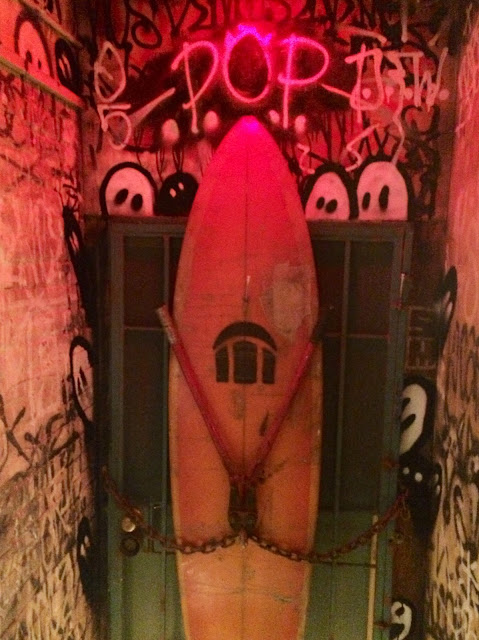 I was especially taken by the oils that could fit right into the Sistine Chapel, but upon closer examination it was guys with surfboards, when Jesus Heals The Kooks (2014). Classic. 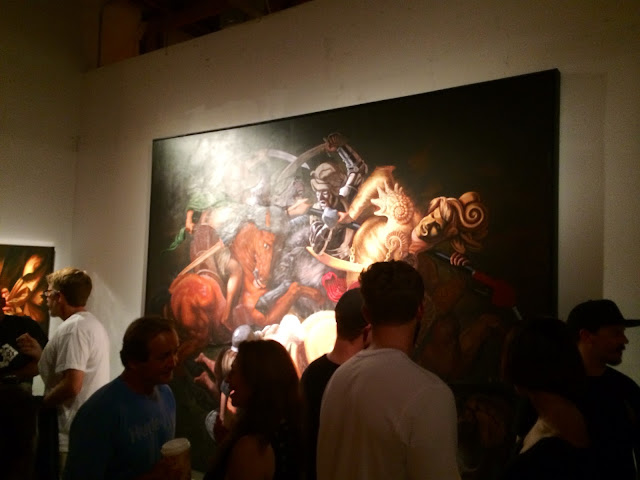 From traditional oils to a whole different medium, with shelves of ceramic busts of a woman who nearly turned Ancell into dust (per the book accompanying the show) in his Love Is A Dog From Hell (2015). Deep. 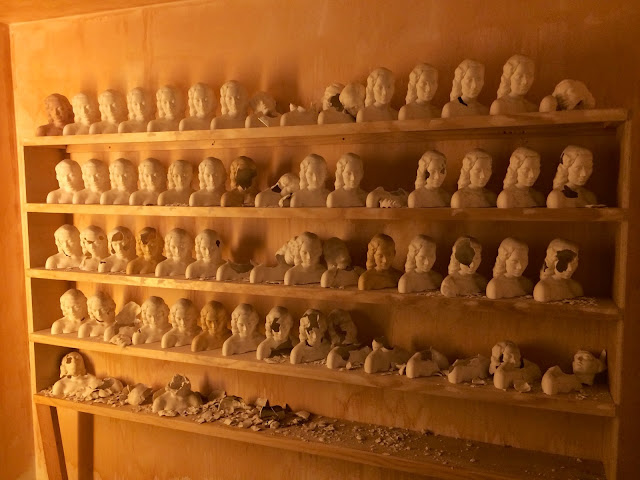 Ancell himself accepted congratulations as he milled through the crowd dressed in all white, with a Hawai'ian ti leaf lei around his neck as the man being honored. The accolades were well-deserved, of course, as one piece was cooler than the next. 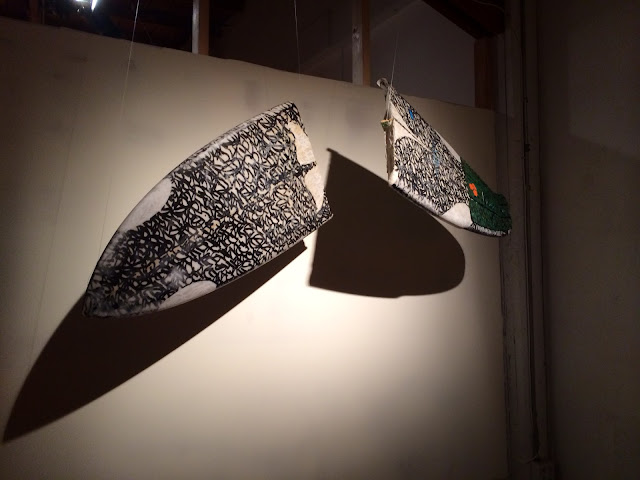 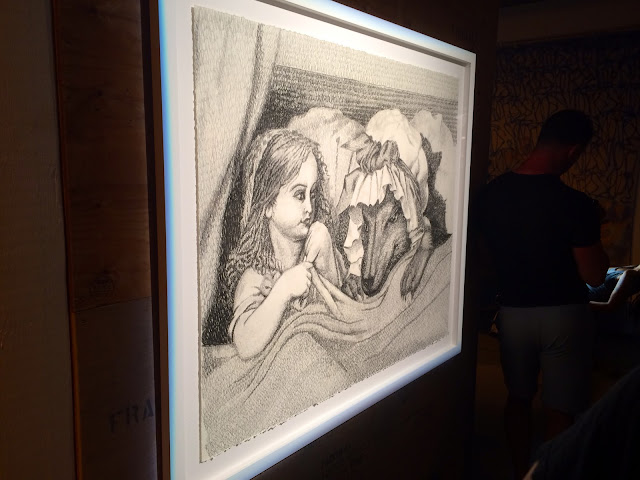 There was a great oil painting of a homeless man pushing his cart down Abbot Kinney from the past to the future, in Moses Seeking Pharaoh (2015), a strong commentary on what has happened to the former West Washington Boulevard. It's powerful stuff. 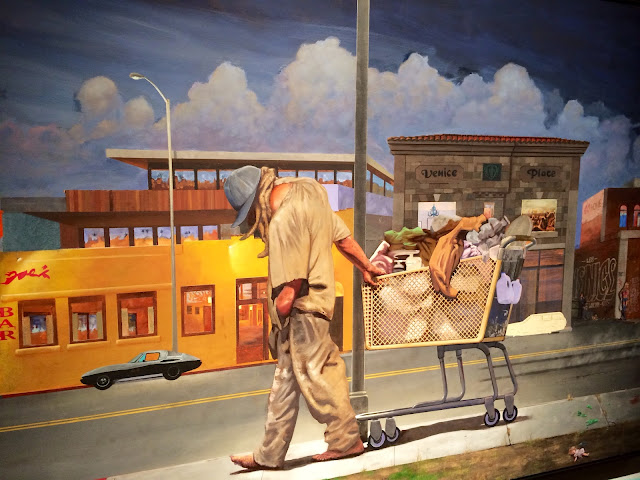 Carrying on with powerful, there was a replica of an atom bomb, Kaboom: Nobody Ride For Free (2015), that one could actually ride up and down, in Ancell's homage to Dr. Strangelove. This proved to be a very popular attraction, as partiers took turns climbing aboard the bomb. Kaboom! 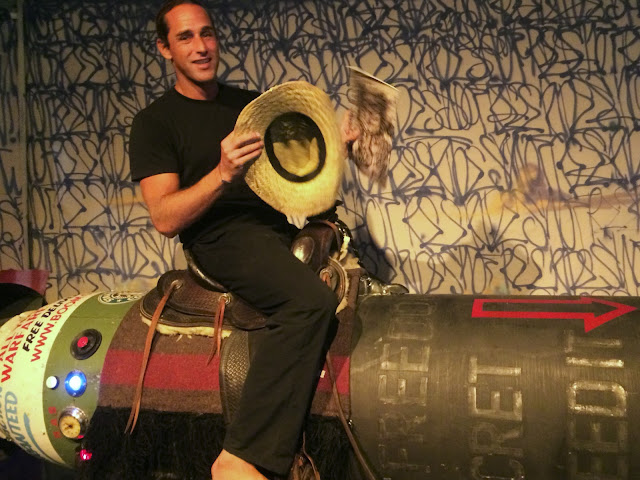 A chandelier of female busts lit the proceedings, and let you know that Ancell is one of those artists that sees the art in everything, and refuses to be limited by any one style or material. I dig that. 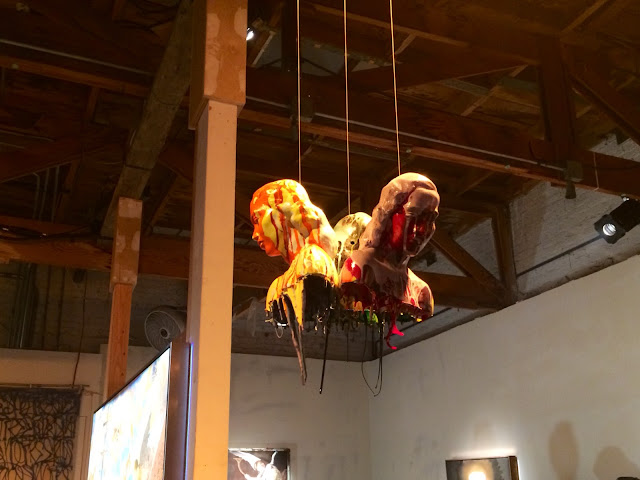 There was so much going on in the masterful Madonna (2013) that I'm probably going to go back and look at it some more when there isn't such a big crowd trying to see it. Featuring the homeless, gang members, graffiti and the cops all being watched over by glowing angels and the Madonna, it really is something to behold. 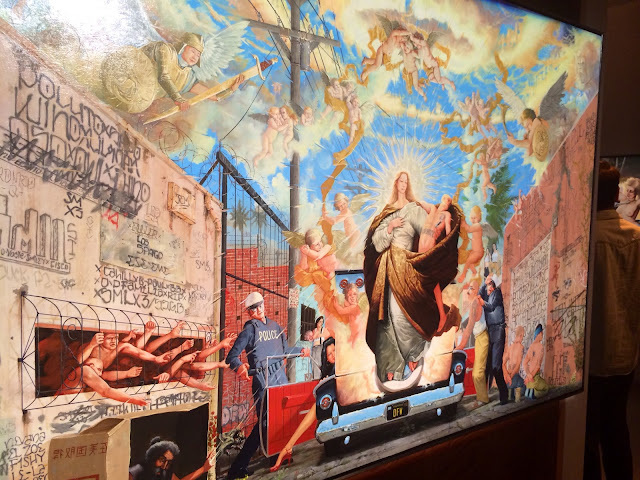 It was stiflingly hot in the gallery, so we inched our way back to the door where it was rumored that House beer was on ice. I never found that, but instead found that the party outside had grown even bigger, food trucks had arrived, as had a lot more revelers. Party without a permit! 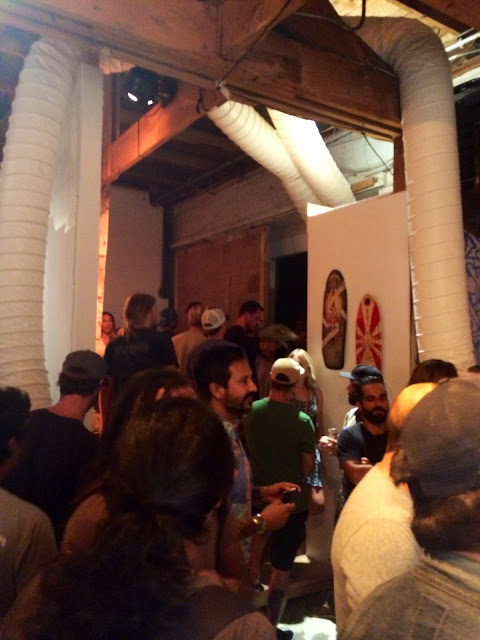 A big old Dogtown reunion was in full effect ... legendary skaters, surfers, and artists of that legendary era all joined together again for a photo to celebrate one of their own. People were tearing it up on the roof and in the street, all the way into the fact that things were as they should be in Venice. 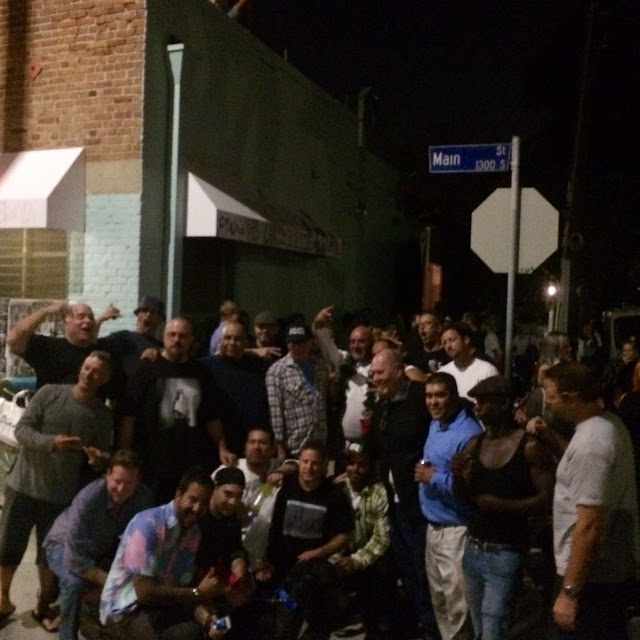 As C.R. Stecyk III wrote for the show's book, "The area has always been an entrepot for alternative culture, a haven for eccentrics, outcasts, outlaws and geniuses who if they weren't truly mad, they were at least excited." Truth. And last night, everyone was excited. 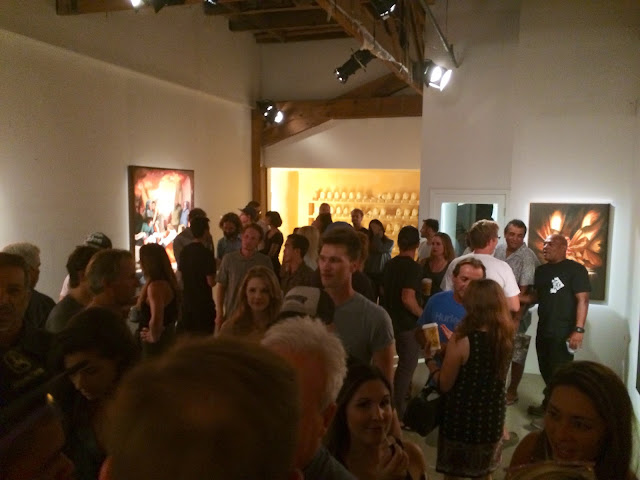